Science and Technology in Film

“For Christopher Nolan’s Interstellar (2014), the VFX team Double Negative collaborated with physicist Kip Thorne to develop the look and feel of the black hole depicted.”

Science and Hollywood’s relationship has always been a dubious affair. Where science is based on fact and thought-out research the film industry’s sci-fi genre tends to (at least at first glance) lean more towards its more fantastical elements than anything seemingly tangible. With innovative strides taken in science and technology over many decades, how much of humankind’s development can actually be attributed to the ideas sought in science fiction films?

Whilst visiting the sublime Stanley Kubrick exhibit at the Design Museum, I kind of had a mini revelation. In 2001: A Space Odyssey (1968) there is one scene where the crew are going about their daily routine; a morning jog, breakfast, catching up with current affairs on their iPads…yes, iPads – this film was made in the 60s! I couldn’t believe the accuracy. I was almost embarrassed to acknowledge how prophetic 2001 was when I realised that although it was predicting what the future may hold for mankind, there was also a strong case for life imitating art.

How many graduates within the science and technology fields saw 2001 (amongst others) and used the ideas and themes to form the basis of their own projects? Now we’re actually discussing ways in which humans can take a weekend break on the moon, something I firmly believe was inspired by Kubrick’s masterpiece, inspired by Arthur C Clarke’s (also cowriter) short story The Sentinel from 1951. Not content with descriptions alone, Kubrick and his team sought counsel from MIT (Massachusetts Institute of Technology) faculty/students to ensure the accuracy of 2001’s science and technology was on point and something that was realistically achievable. Of course not every film production engages in this level of research, taking liberties to create a more dramatic, dare I say palatable presence (see any sci-fi film by Michael Bay). And there is nothing wrong with that – film is as much about recreating a world we are yet to see as it is about complete escape, be it accurately or inaccurately. I for one relish a fantastical sci-fi where the technology and science of that world just happens to exist, no lengthy exposition, it’s just there. Yet, we live in an age where people want accuracy and attentiveness and everything is open to scrutiny; the irony being, for the most part, all the films I loved as a kid were more accurate than I gave them credit for.

Most, if not all sci-fi productions would have conducted research to some extent on the subject they were covering. Obviously not every production would have the budget or time for the deep-dive research necessary, which is why you get some fantastical visions of the future. But in the main expert advice is sought – sometimes to an almost over-obsessive level. For Christopher Nolan’s Interstellar (2014), the VFX team Double Negative collaborated with physicist Kip Thorne to develop the look and feel of the black hole depicted. 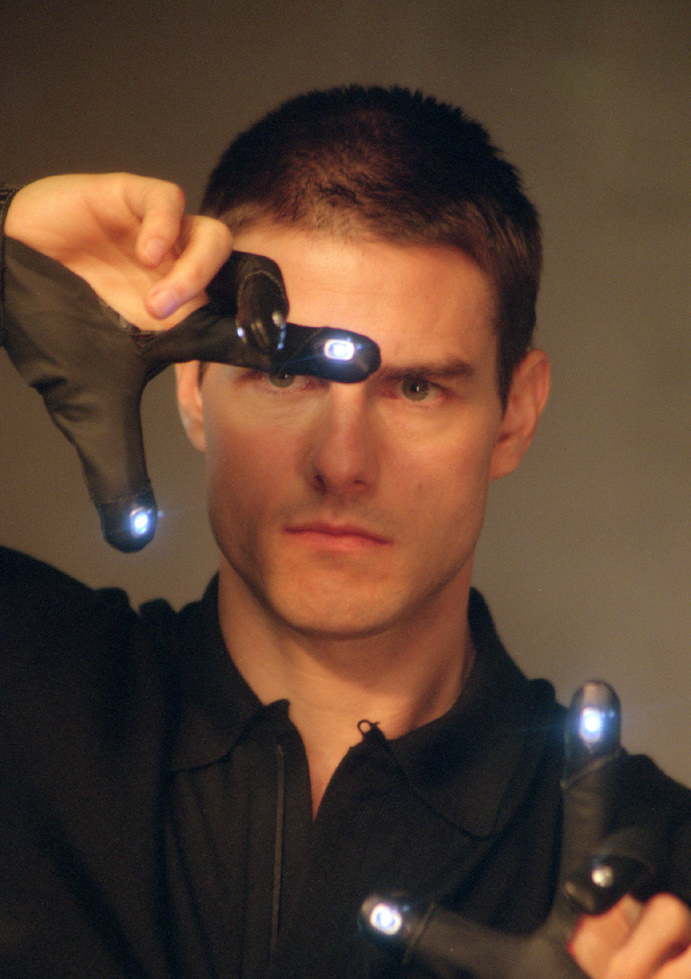 For Minority Report (2002), Steven Spielberg invited 15 experts from the fields of architecture, technology and science to make predictions for the year 2054 when the film was set – gesture control was heavily utilised and is starting to become a prominent technology feature within consoles, smartphones and conferencing technology. In some cases, some of the most unlikely visions of the future within film have predicted real-world technological advances.

Back to the Future Pt II (1989) predicted hoverboards and the use of drones for media coverage, Total Recall (1990) had self-driving cars and The Matrix (1999) shows a vision of an advanced take on VR and what the potential for computer games could be in the future. All would have had input from the science and technology community to some extent, and in some sort of reverse quid pro quo companies such as Apple, Nike and Microsoft have hired sci-fi writers to discuss ideas with their developers all the while predicting current social and scientific trends.

Some films can have a positive effect on social and political science and also highlight glaring injustices masked under a dystopian banner. The Day After Tomorrow (2004), despite its outlandish premise and being called out by the scientific community for its inaccuracy, actually raised environmental and climate change awareness amongst the world’s populace (in particular the US) according to Yale researchers.

Films such as Children of Men (2006) set in the year 2027 shows a bleak future where children haven’t been born in over 18 years, society has broken down and governments have declared a totalitarian state as immigration, euthanasia and control are heavily explored – not a world away from what we are experiencing right now. These types of themes within film can accurately depict the manner in which people behave in society at that time and can influence the world around us.

The progression of science and technology are advancing at an astronomical rate so even the more eccentric visions of the future – whether it’s science and technology or even the social politics – aren’t a far cry from where mankind could end up. The fact remains however, film productions with sci-fi leanings generally tend to collaborate with the scientific and technological communities, so when you are watching something that seems almost impossible to comprehend, just remember that this could be an accurately depicted vision of the not too distant future.