“Ripley is a human who is intelligent, resourceful, honourable and with an upstanding moral code… She just happens to be a woman.  ”

The Alien franchise has been a beloved pop-culture icon in the sci-fi horror genre for roughly 42 years, spanning multiple films and crossovers across varying mediums including books, games and other sci-fi properties. To mark the 35th anniversary of its first sequel Aliens, I take a look at the one character who practically defined the Alien legacy, its themes and narrative core, evolving from a secondary character at the beginning of Alien into a bona fide prominent force within the franchise. Often regarded as one of the most significant female protagonists in cinema history – I am of course taking about Ellen Ripley. 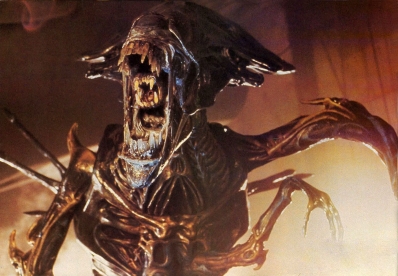 Ripley’s transition from page to screen wasn’t particularly straight forward. Conceived by Dan O’Bannon and Ronald Shusett, the original screenplay for Alien was picked up by production company Brandywine but two of its co-founders, David Giler and Walter Hill were dissatisfied with

the script and made numerous revisions and rewrites. It was during this period that the character of Ripley was developed, although at this stage the role was non-gender specific and wasn’t until Alien’s director, Ridley Scott, decided that the role should be played by a female, that they offered the part to an up-and-coming actor named Sigourney Weaver… The rest, as they say, is history.

Released in 1979, Alien charts the crew of the Nostromo – a space freighter returning to Earth with 20 million tons of processed ore, who answer a distress call from nearby planet LV-426. Part of the crew set off to investigate and upon their return to the freighter, unwittingly bring an alien organism on-board, which dispatches the crew one by one. A commercial success yet, unbelievable to fathom now, Alien received mixed reviews upon its release. Despite this, one of the main positives to come out amongst the critical elite was Weavers portrayal of Ellen Ripley. 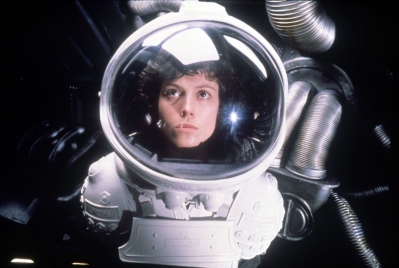 Poised as a secondary character during the first two acts, Ripley was the ships warrant Officer. Self-assured, resourceful and tenaciously inquisitive, much to the annoyance of her ship mates – you initially get the impression that Ripley is merely tolerated by the rest of the crew and therefore part of the cannon fodder for the alien organism to pick off. Up until the scene where Ripley demand the returning search party remain in quarantine, the main lead was the Nostromo’s captain, Dallas (played by Tom Skerritt). It’s at this moment that Ripley’s established traits become paramount to her survival and exponentially distance the character from the ‘damsel in distress’ trope that littered female roles within horror, and to a lesser extent, sci-fi. This was a significant leap for female characterisation within film.

Even with all the accolades and commercial success, it would still take seven years for its sequel – Aliens (1986) – to arrive on the big screen. Written and directed by James Cameron, he took a different approach to Ripley’s story and the overall tone, complimenting the claustrophobic, slow-burn nightmare of Alien with a more action-oriented fare. Nonetheless, Ripley’s character was given more nuance and development. Cameron, who is no stranger to resourceful and intelligent female characters having created another sci-fi icon in The Terminators’ (1984) Sarah Connor, honed in on Ripley’s maternal, more nurturing and selfless side.

After surviving the events of Alien, Ripley, who is told that she has been in ‘hyper-sleep’ for 57 years, learns that the planet LV-426 (now known as Acheron) has been colonised and that she has outlived her daughter who died at the age of 66. Aliens granted its audience an opportunity to peel back Ripley’s hardened exterior, with Weaver skillfully portraying the post-traumatic stress she developed upon her encounter with the alien (now dubbed xenomorph) onboard the Nostromo. By the time Ripley lands on Acheron after receiving no contact from the colony, Hadley’s Hope – chaperoned by the Alien-verse’s military presence, the colonial marines, we have no reason to doubt her justification to return as she seeks closure for the horrors she has experienced and purpose within her newly formed existence. The reason this works is because Ripley is just such a damn good relatable character – full of depth, conflict and grief that are further accentuated by the colony’s sole survivor, a child named “Newt” (Carrie Henn) after Hadley’s Hope was over-run by xenomorphs. Ripley acts as a surrogate mother to Newt which fuels her drive for survival as well acting as a catharsis for the loss of her own daughter – character complexities like this are rarely seen in action films, even to this day. Aliens received widespread acclaim, with Weaver’s depiction naturally lauded, receiving an Academy Award nomination for Best Actress – particularly significant due to sci-fi generally being overlooked by the academy.

Alien 3 (1992) didn’t fare so well – it is well documented that the production suffered from studio interference and unrealistic deadlines with its director David Fincher, having since disowned the film. The huge sting in the tale for fans, however, was the demise of Newt (and Hicks, another beloved character who survived the events of Aliens) in the opening credits. Many felt that this undermined Ripley’s spiritual journey up until Alien 3 – having lost her purpose in life then found it again with Newt. That said, Ripley’s traits and characteristics are on full-force and in some cases ramped up for her third installment. After crash-landing on Fiorina ‘Fury’ 161, a penal colony populated by violent male inmates, we soon discover that a xenomorph born of a stowaway is roaming the complex. Extremely bleak for a major Hollywood production, Alien 3’s themes on nihilism, religion and martyrdom resonate within Ripley’s character arc, juxtaposing the warmth at the end of Aliens, with Ripley discovering that she has an alien embryo inside her, makes the ultimate sacrifice to ensure the nefarious Weyland-Yutani corporation don’t get their hands on the specimen. It was an extremely bittersweet ending for Ripley who, let’s be honest, is the beating heart within this franchise. 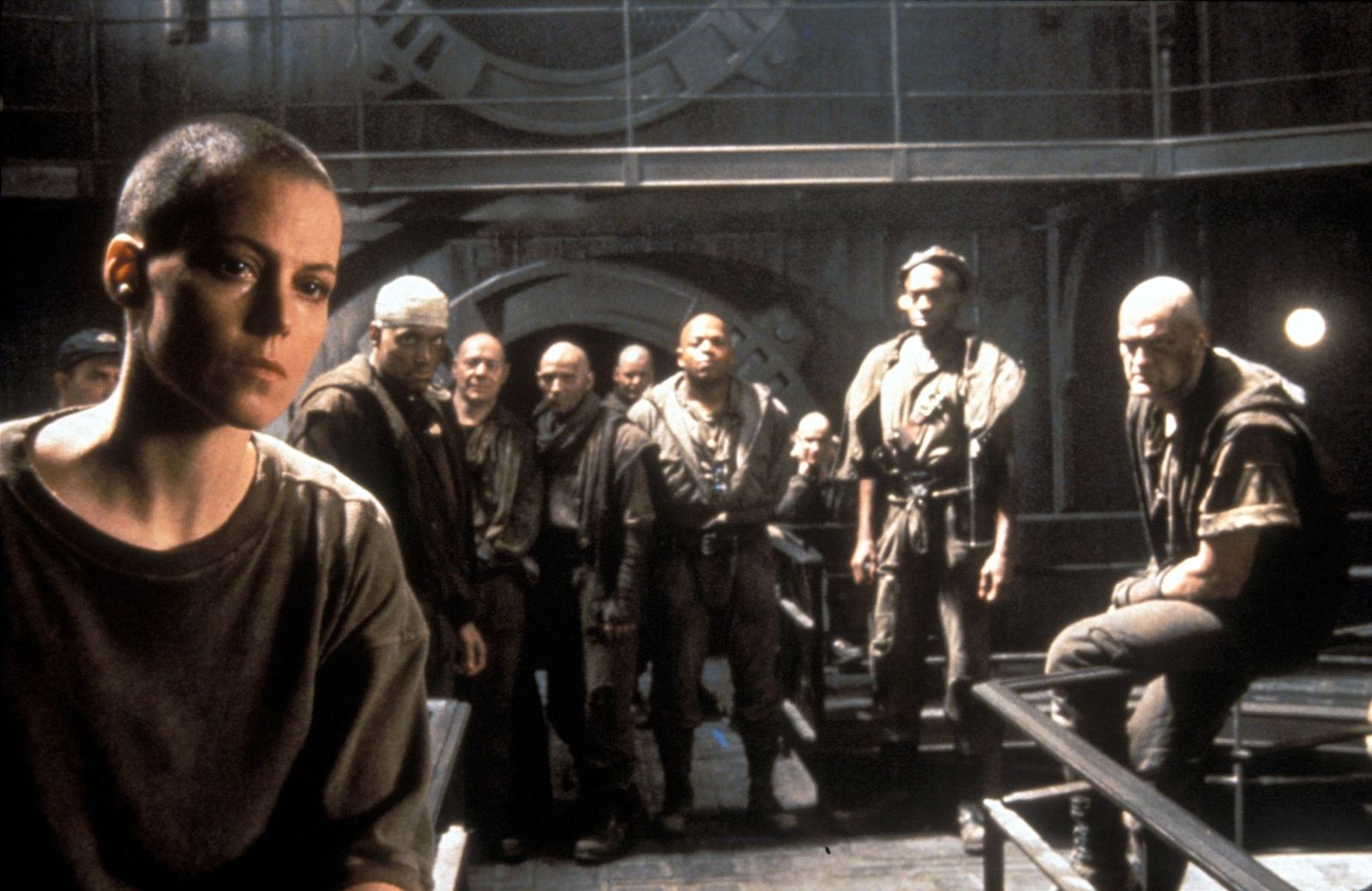 Ripley would later return to the screen one last time in Alien: Resurrection (1997), despite Weavers reluctance to revive the character she was impressed by writer Joss Whedon’s script. Set 200 years after the events of Alien 3 Ripley has been cloned by The United Systems Military with an alien queen embryo within her – with hopes of breeding aliens for study and creating biological weaponry, naturally things don’t go to plan and the aliens that have been bred escape on the spaceship USM Auriga and run amok. Thematically it’s a by-the-numbers survival flick and easily (although some would argue) the weakest instalment. Weaver is, however, given some interesting plot developments – even if it’s more for fun rather than revitalising her character’s development, Ripley now shares a telekinetic bond with the aliens due to sharing the same blood. The truth is, without Weaver’s involvement, the film wouldn’t exist; even 20th Century Fox considered Ripley an anchor within the franchise. 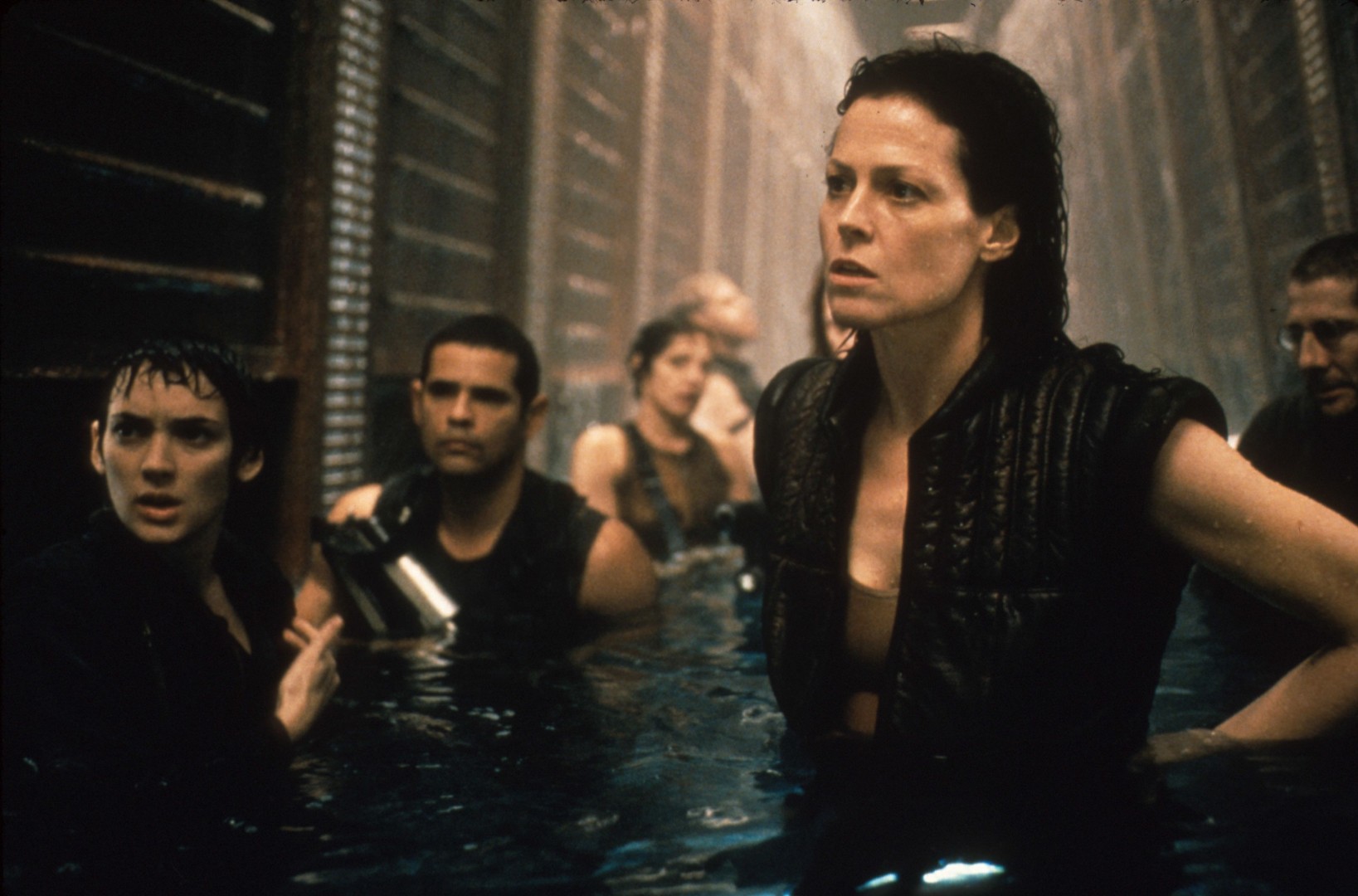 Ripley’s legacy is evident in future installments, both Prometheus (2012) and Alien: Covenant (2017), feature female leads designed by the production to replicate Ripley’s presence that, unfortunately, fall well short of her greatness. Even with Alien’s original director Ridley Scott (now considered an auteur) returning to direct, couldn’t set the box-office alight – with Alien: Covenant in particular receiving poor returns and negative reviews. The Alien lore extends into novels, comic books, computer games and so on with Ripley’s existence still prevalent – in some cases the Alien 3 timeline has been completely by-passed to allow her character to be explored in her later years – arguably Ripley is equally as, if not more iconic than the aliens themselves.

It’s easy to understate Ripley’s effect on the film industry and the representation of women in film, especially within the sci-fi and horror genres. Ripley’s themes and essential qualities are apparent throughout many female characters that lay within these genres, in what many would consider to be ‘strong female roles’ but the obvious nature is so much simpler than that – Ripley is a human who is intelligent, resourceful, honourable and with an upstanding moral code… She just happens to be a woman. 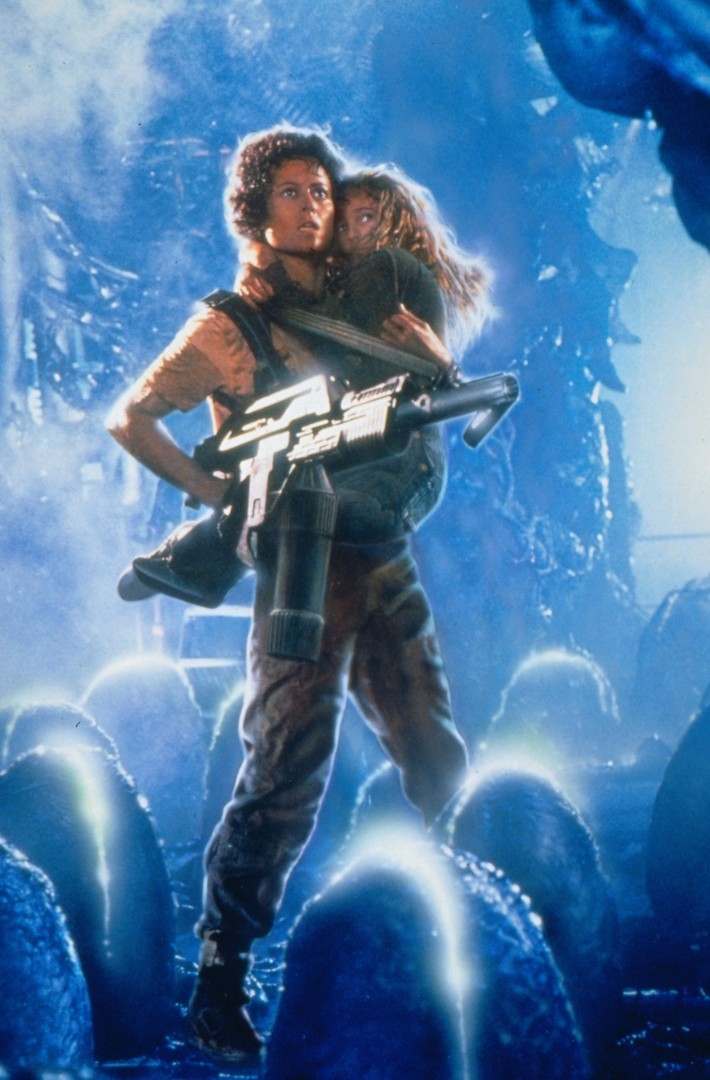