You Are What You Eat

“If Cannibal Holocaust was the McDonalds of cannibal films, The Silence of the lambs could easily be considered fine dining ”

When you think of cannibalism within film you immediately think of 1991’s The Silence of the Lambs or the 1980 video nasty, Cannibal Holocaust. The truth is cannibalism in popular culture has a very rich history with the likes of Shakespeare using its themes. Predominant within the horror genre, it has extended into more psychological territory of late, asking its audience to consider its moral ambiguity where survival is concerned. Niche enthusiasts aside, what is it that makes the concept of cannibalism so repulsive to the viewer and is it any different from our own relationship with meat produce? 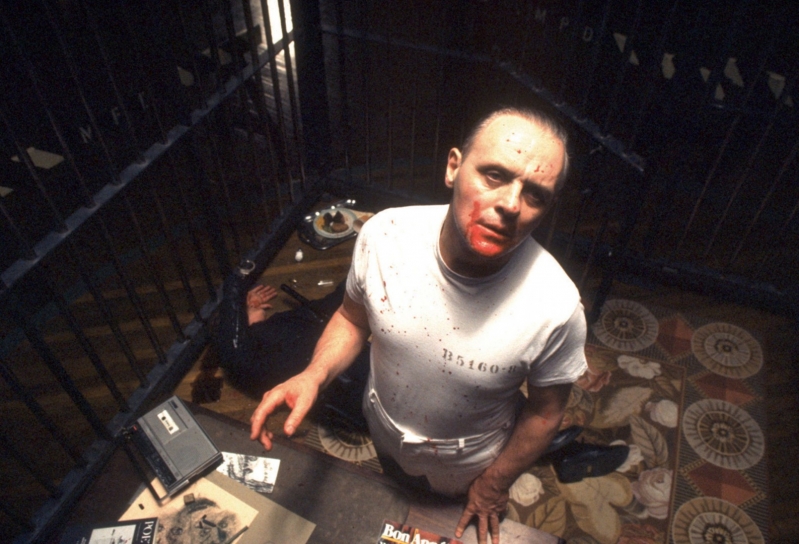 The Silence of the Lambs © Orion Pictures

The earliest known depiction of cannibalism in film can be traced back to 1917 – The Enchanted Kiss’ antagonist/protagonist discovers the secret to eternal youth, eating the flesh of the woman he has been pining over. Moving into the 60s, Herschell Gordon Lewis would create the ‘splatter’ subgenre with 1963’s Blood Feast Subsequently the 70s saw an influx of cannibal related themes, kickstarting the Italian cannibal exploitation renaissance with Man from Deep River (1972), Hollywood fare The Texas Chainsaw Massacre (1974), and The Hills Have Eyes (1977) – born from a cultural shift following the Manson family – to name a few. 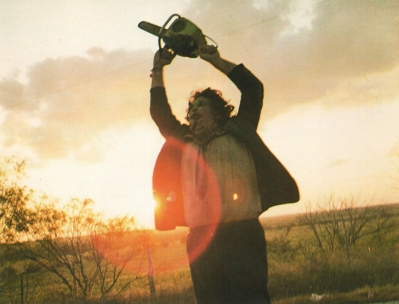 However, it wasn’t until the early 80s that the theme hit the headlines for all the wrong reasons. Banned in its native Italy, Australia, and several other countries (eventually including the UK), Cannibal Holocaust split critics and audiences alike. There were those that loathed the film due to its extreme gore, sexual violence, genuine cruelty to animals and xenophobic depictions of indigenous people, and those that considered the film to be a slight on the modern world and its differences between the civilised and uncivilised. Nonetheless Cannibal Holocaust is now considered a classic amongst its horror peers and spearheaded an exploitation subgenre that originated in the early 70s – as well as being a prominent precursor to the found-footage subgenre. It’s not hard to see why it caused so much offence and controversy. Cannibalism aside, it seemed that every other moral degradation was thrown in for good measure. It’s an exploitation film very true to its intention to shock – Italian authorities, convinced that the images on display were real, investigated the film and its production crew for snuff film allegations.

A plethora of violent films followed – such as Cannibal Terror and Cannibal Ferox (both released in 1981) – often depicting cannibalism by primitive natives deep within the Asian or South American rainforests. Despite having a significant impact on the horror genre, the ‘Cannibal Boom’, as it was often referred to, was relatively short-lived, with films of this nature dying out towards the mid to late 80s – for want of a better phrase, there just wasn’t really a taste for it.

One of the more obvious genres to employ cannibalism and its themes (which has quite simply exploded into popular culture) is the zombie genre. Often credited as the progenitor of the modern zombie film, George A Romero brought us the flesh-eating hordes way back in 1968 with Night of the Living Dead, followed by Dawn of the Dead (1978) and Day of the Dead (1985) – he would go on to make several more films in the series prior to his death in 2017. Although the films themselves were graphically gory and violent, the focus and themes tended to relate to the characters and their moral obligations to maintain their humanity. 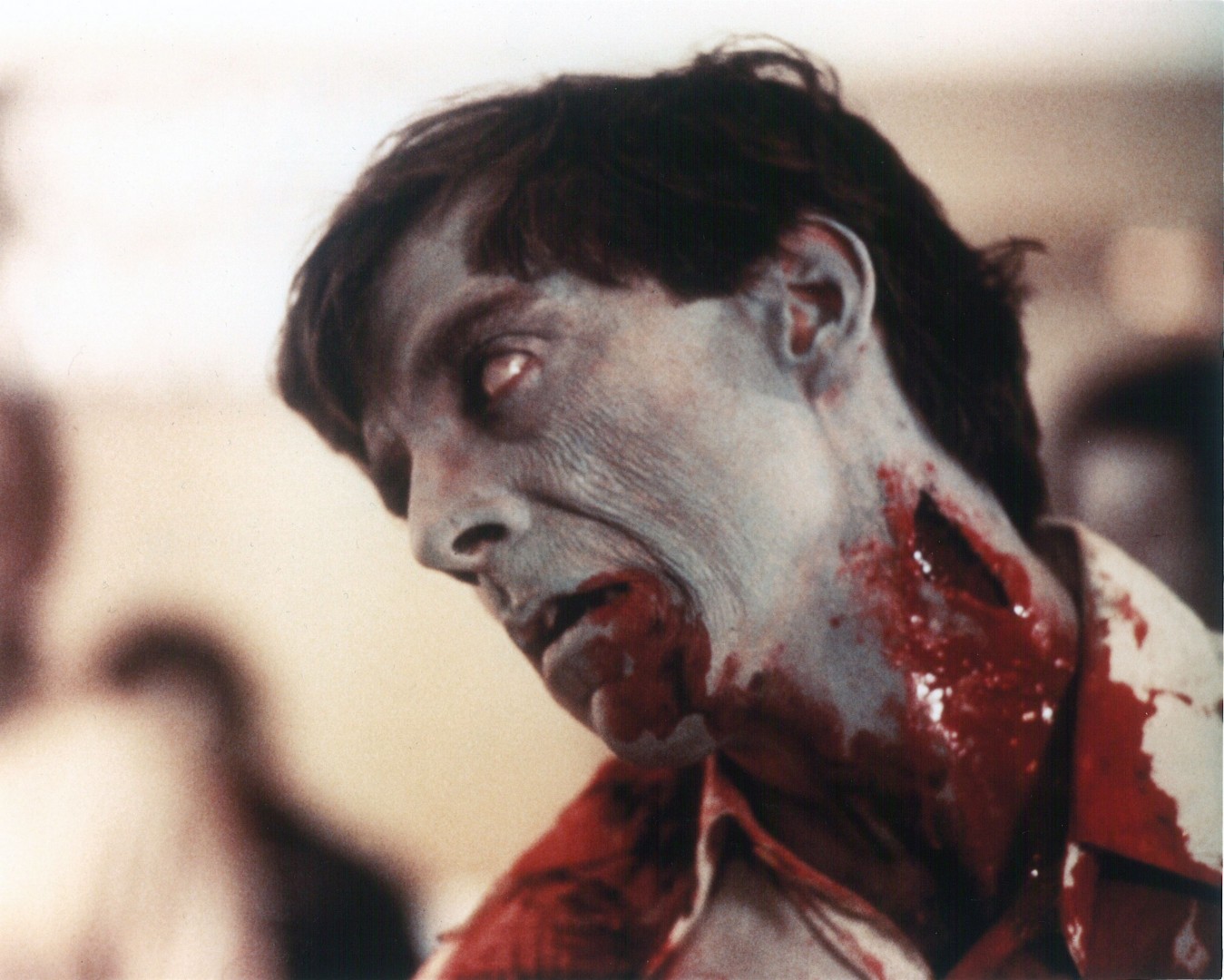 The zombies (especially for Dawn of the Dead) were essentially an allegory to humans’ consumerist nature, highlighting our greed and gluttony for things (in this case via human flesh). It almost forced the audience to see that the difference between our own desire to consume and the cannibalistic nature of the zombies, weren’t all that different after all. Cannibalistic themes were also explored within dystopian depictions. 1973’s Soylent Green (set in 2022!) 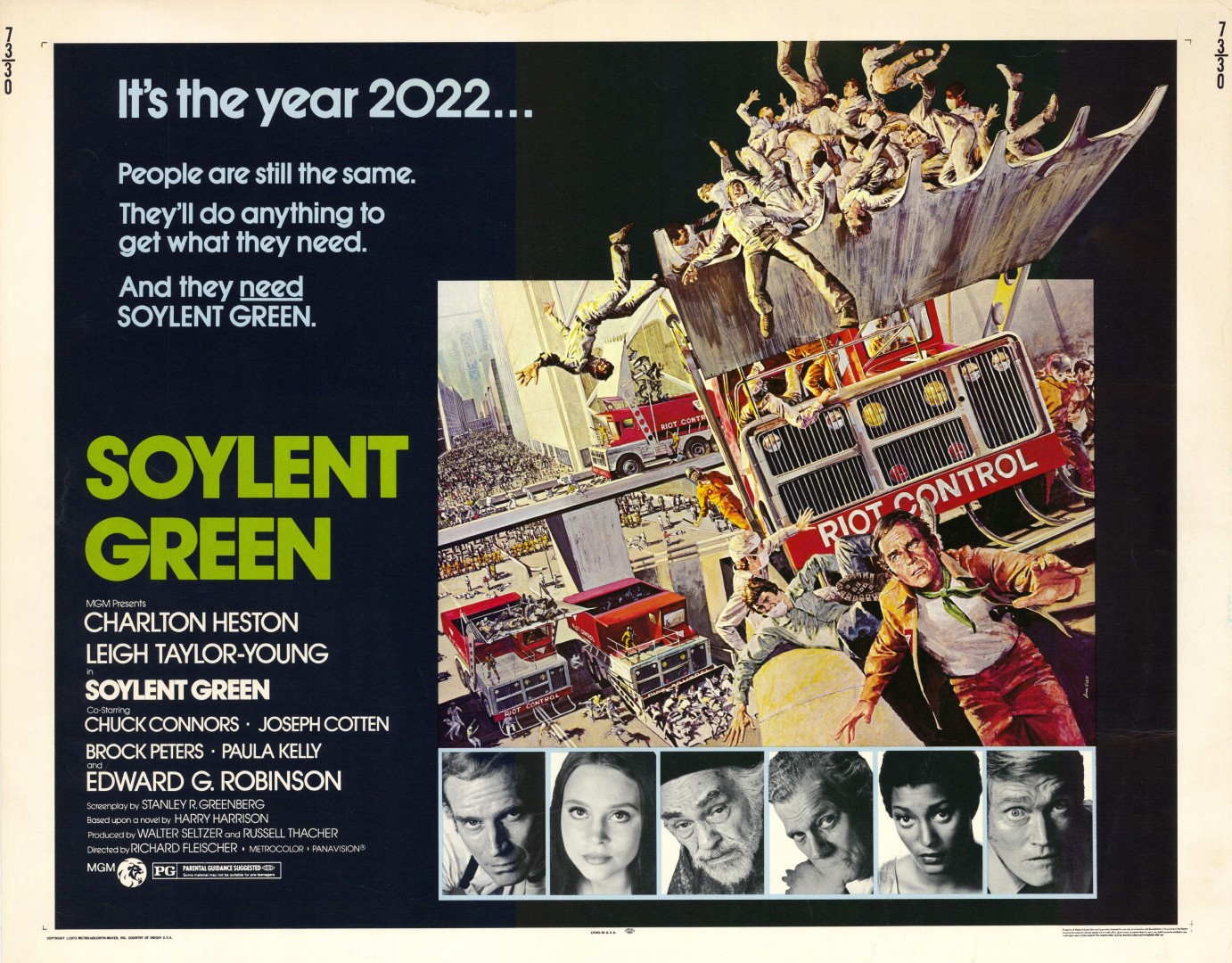 focused on corporate corruption whereby the nefarious Soylent Industries use a rather special ingredient within their food products (particularly Soylent Green) thus dealing with the world’s overpopulation problem – do we really know what is actually in our processed food products? It’s a shame that Cannibal Holocaust and its Italian kin had a foothold on the theme (as far as the general public were concerned) as there were several films of note during the 80s that featured cannibalism outside of horror: Eating Raoul (1982), The Cook, the Thief, His Wife and Her Lover (1989), and a twisted, unique take on cannibalism in Society (1989) proving particularly interesting. 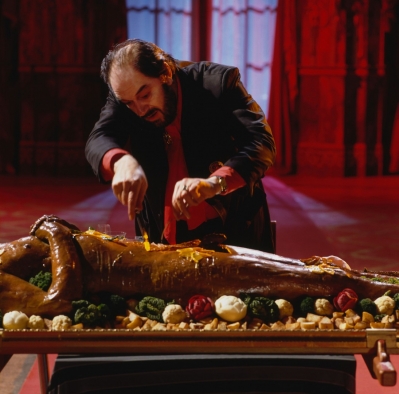 The Cook, the Thief, His Wife and Her Lover © Miramax

It took a while to shed the controversy surrounding Cannibal Holocaust’s legacy but when the 90s hit, cannibalism made a huge comeback in the form of The Silence of the Lambs. Based on Thomas Harris’ tomes, the titular main character, Hannibal ‘The Cannibal’ Lecter (an Oscar-winning performance by Sir Anthony Hopkins) dispatched his victims by eating them – it’s worth noting that Michael Mann’s Manhunter (1986) was Lecter’s first cinematic outing. The film naturally caused some controversy (especially among the UK tabloids) because of the violence and disregard for human life on display. Despite the critical and commercial success, cannibalism, it would seem, was not strictly on the menu. However, if Cannibal Holocaust et al was the McDonalds of cannibal films, The Silence of the lambs (and its subsequent sequel/prequels) could easily be considered fine dining. The essence of Lecters’ carnivorous proclivities was further explored (and in a lot more detail) vin the Hannibal TV series starring Mads Mikkelsen. The eating of another human was romanticised with the process heavily detailed in tandem with the methods and preparation of a classic dish – with human body parts considered to be a delicacy which should be treated as such when preparing a meal. Again, it was asking if in fact there is a moral difference considering our relationship with animal meat? In 1991 French film Delicatessen was also released; a post-apocalyptic black comedy whereby a butcher lures his victims to be slaughtered for cheap meat for the residents of an apartment building. Thereafter cannibalism (although still very much taboo) was a more tolerable concept – in 1993 Alive was released which depicted the true story of a Uruguayan rugby team whose place crashed in the Andes in 1972, forcing the survivors to eat the dead in order to live. Other films that blurred the genres started to emerge with Ravenous (1999), loosely based on real-life events, We Are What We Are (2013) which sets out to almost modernise the cannibal subgenre, and another French gem called Raw (2016) which acts as a twisted take on the coming-of-age trope, where stringent vegetarian Justine starts to develop a taste for the ‘special stuff’. Where cannibalism really warrants true duality from its viewer is in the post-apocalyptic/dystopian setting. 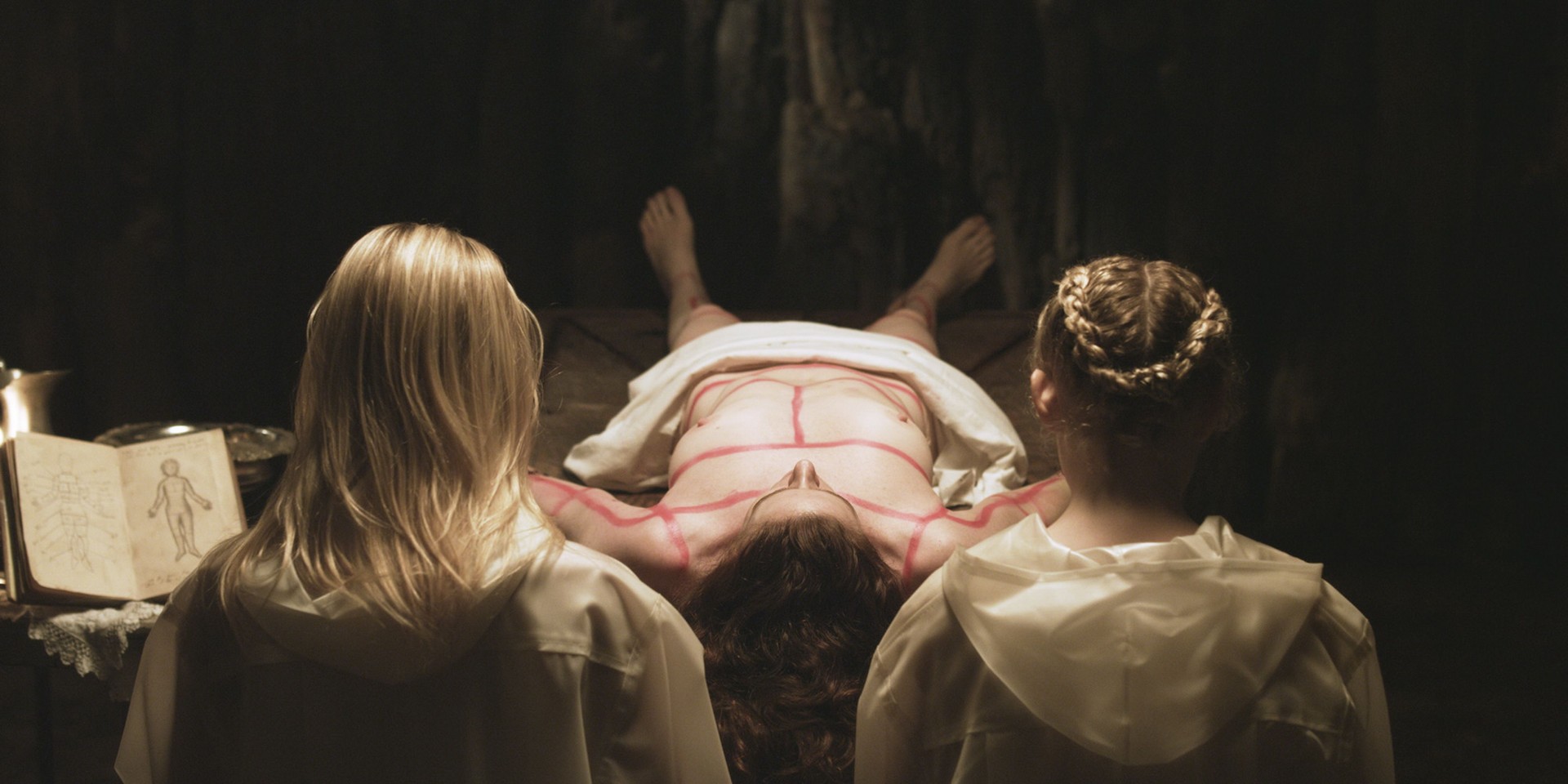 We Are What We Are © Entertainment One

Doomsday (2008) and The Road (2009) feature cannibalism as a means of survival. Despite the clear definition that ‘eating people is bad’, this still offers the viewer that ‘what if…?’ 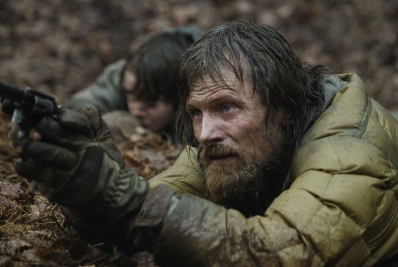 The eating of others has moved on considerably since its exploitation days, focusing on the psychological aspect of why anybody would want to eat somebody’s flesh – rather than the outright gore-fest of the genre’s beginnings. Cannibalism is a refined dilemma, especially when faced with a choice between life and death, and with attitudes changing towards meat produce and what we eat to ensure sustainability, we have to ask ourselves: is it the act or reason that offends us so much and is the abyss essentially staring right back at us?