Lost Dog Theatre return to Newbury to bring their critically-acclaimed re-imagining of Charles Dickens’ classic novel, A Tale of Two Cities, which is coming to the Corn Exchange Newbury for two fantastic performances on Tuesday 5 and Wednesday 6 April.

The highly entertaining show features a five-strong cast of skilled dancer-actors and combines humorous and dramatic text, lush contemporary dance movement and an eclectic soundtrack from Bach to Vivaldi to Nancy Sinatra. The show is written and directed by the creative team led by Lost Dog’s artistic director Ben Duke, who’s previous productions include the riotous one-man show, Paradise Lost (lies unopened beside me), which audiences enjoyed at the Corn Exchange last summer. 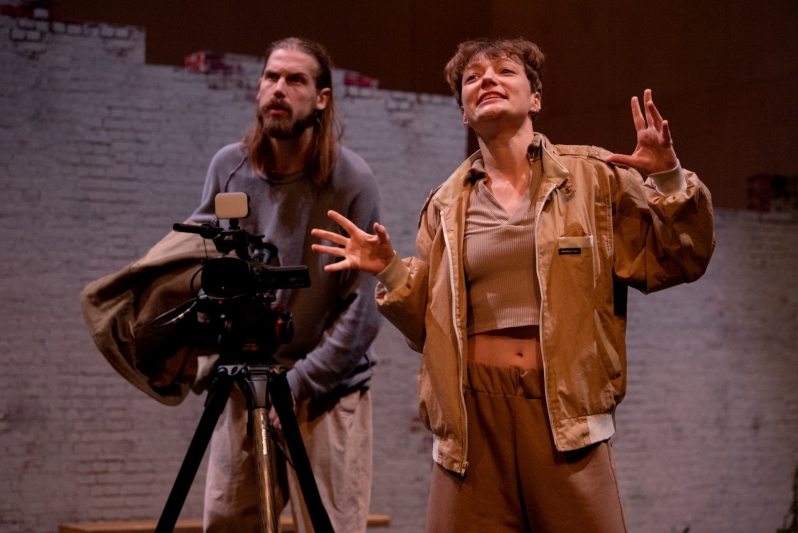 A Tale of Two Cities is presented to the audience from the whole new perspective of Lucie Manette (the younger) is making a documentary in order to confront the past, bringing her family together to restage the events of the French Revolution that she was too young to remember. Featuring live camera work on-stage, and using Lost Dog’s acclaimed blend of contemporary dance and theatre, Lucie finds out the truth, but what they have to say is not what Lucie wants to hear.

Rediscover the Dickens classic, A Tale of Two Cities, at Corn Exchange Newbury on Tuesday 5 and Wednesday 6 April at 7.45pm. Tickets £20 (£18 concessions).

To book or for more information please visit www.cornexchangenew.com or call 0845 5218 218 (calls cost 2p per minute plus your telephone company’s access charge).