“They might say that I'm a role model but they're the people who helped my career and I'm forever indebted and full of respect for those guys. ”

Review: Shirley Bassey’s I Owe It All to You

English Singer-songwriter Lucy Spraggan has come a long way since appearing on the X-Factor back in 2012. Now approaching the release of her sixth album entitled Choices, we caught up with Lucy who was spending the day horizontally due to a back injury in the gym the night before. “I’ve not been able to move.” She explains, “Normally I’d be busy but not today – hopefully, this isn’t the beginning of being stuck at home again.” 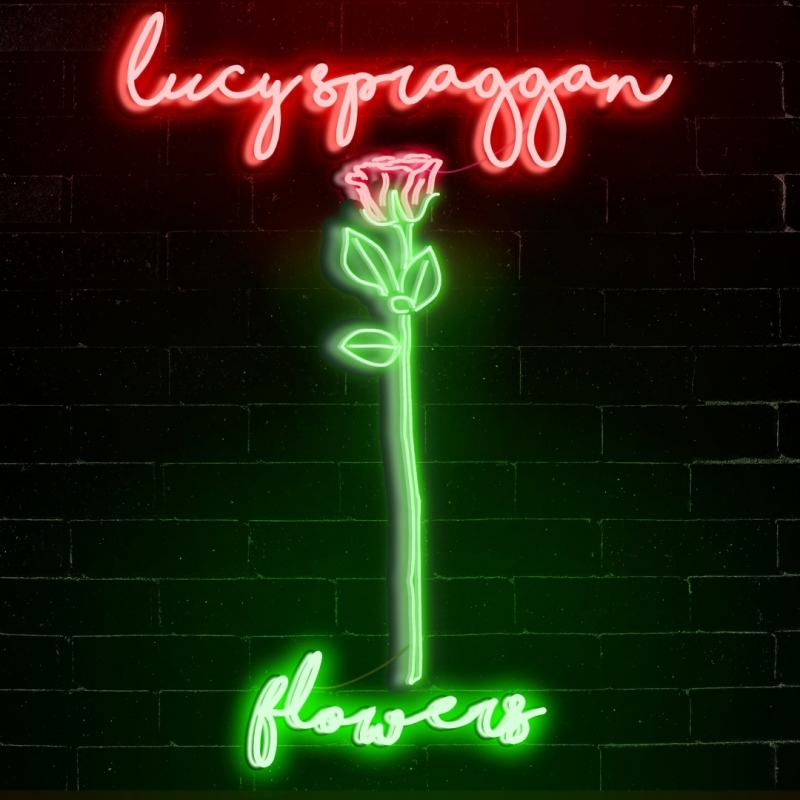 How's lockdown affected your work? Have you found it's given you more time to write?

I don't set myself time to write, I just do it as and when. It’s funny that a lot of people are like, ‘This must be really good for your creativity’ but actually not really because the time that is given is time taken away from a summer full of shows and tours so the creative side is dashed by the effect that not having any work has on you. The added time gives no more inspiration.

Your new song Flowers is all about exploring the new direction in which you've taken yourself, does that encapsulate it?

You’ve been sober now for well over a year. Was there any particular thing that encouraged you on this journey?

Just because I'm a really sh*t drunk person. All the time I'm drinking I don't apply myself 100% and I knew there was a different version of me without alcohol, so I just quit. It didn't even affect my life that much – not in a catastrophic sense. It's just that consistently overtime, I drank too much, and I drank too often.

This time next month, we mark World Kindness Day. To what extent do you think the music industry follows that mantra of being kind?

I feel like now people are talking and discussing it, the modern industry feels less like a rat race or a competition. Throughout my time in the industry it's never been a nice place to be – it's very competitive. There's often only one opportunity for one person so a lot of the time it's very cutthroat but it depends who you've got in your circles.

You've spoken before about the toll that online bullying has taken on you over the years. Do you think it's improved in light of recent awareness of it?

No, I think it's got worse. People honestly see it as a hobby and because it's been spoken about so much it's viewed as just something that people do. It's a bizarre phenomenon that most likely comes from jealousy and low self-esteem – like all bullying really.

Is it the anonymity of it that makes it more appealing, do you think?

I've never had someone say anything to my face, but I've had plenty of people say things online – there's no human reaction on the internet. In person it's very quick and impulsive whereas when you have to write, you can change what you were going to say. We're talking right now, for example, and there's not much time to think about what to say – if I said something cutting to you it probably wouldn't even be that bad because I don't know anything about you and I don't have time to work out what your weaknesses are, whereas online people can spend however long they want to construct something f*cking awful.

Does it still affect you now in the way that it did at the beginning of your career?

No, it's like anything, I guess. People that work outdoors don’t feel the cold, or just learning to live with being cold and it's the same kind of thing. It's a shame that it is that way.

Taking a step back to your career in general, when did you get into music?

It was always a path for me. I feel really lucky because some people don't have a ‘thing’ and my thing definitely was – from the age of like ten or eleven – performance and songwriting.

Do you have a proudest moment of your career?

I think it's probably playing Glastonbury – this year would've been my third – that was a proper highlight and a huge deal, moving from reality TV which was a huge cross to bear. I worked really hard to be able to play somewhere incredible and that was such a milestone.

Your new album is coming out in February called Choices, can you explain the basis of the album and its meaning?

The decision to call the album choices is because it was written during a year of getting sober and going through a divorce. I had to make a lot of choices this year and so that seemed the only suitable thing to call the record. It sounds kind of ‘Tarentino-y’ but it's still a pop record.

You've been described as the female champion for the LGBTQ+ community, how do you think you've come to adopt this title?

I just think being an open lesbian my whole career – there wasn't a moment where I came out or that I really gave a sh*t about anyone knowing who I am or whatever. If you're open like that, people look to you for relatability and I've always been massively supported by the gay community. They might say that I'm a role model but they're the people who helped my career and I'm forever indebted and full of respect for those guys.

Do you have a favourite artist at the moment?

I was thinking about this the other day; I love Little Mix you know – I'm a proper Little Mix fan. I just love their pop music and I think it's awesome so I'm all about them and Selina Gomez as well.

Do you have any plans for Christmas?

I have no idea, it might be me and the dog, it might be the whole family, but I'll be following the government guidelines. I don't really give a sh*t about Christmas, as long as I've got loads of food – mainly chocolate – then I'll be fine.

Choices will be released 26 February 2021