“Bitch, This Boy Can Sing”

In 2015 Seann Miley Moore moved from Australia to London, in order to take part in The X Factor UK. He walked onstage for his first audition in a backwards cap, latex skirt, lippy, heels and hoop earrings before launching into a rendition of Queen’s ‘The Show Must Go On’ which brought the audience to its feet. He went on to the live shows, exiting in Week 2 following the often surprising public vote. A few years on, we catch up with the singer-songwriter just before he darts off to a rehearsal for In the Willows, which comes to Oxford Playhouse in April. It’s a musical retelling of Kenneth Grahame’s classic tale in which he plays “gorgeous, young, queer student” Duck. “It’s good to be back in musical theatre,” he tells us…

Yeah, it's not something you're new to, is it? Before we all saw you on X Factor, that’s what you were doing.

My training is theatre. Before X Factor I was in The King and I and Sweet Charity – it's why I’m a performer today.

Did you worry about how such a background would transfer over to a pop show?

Not at all. The fundamental element of performing is theatre. Look at the greats like Bowie and Queen – they have theatre references, all the greats come from theatre. I always said, ‘I'm good at what I do but I want to create more opportunities.’ I wanted a bigger stage and to be seen by Simon Cowell. From then on, I've been able to do so many Prides and my second EP is out now. I'm still doing my thing, and being queer through my music, fashion and theatre.

Not to harp on about one TV show, but you did bring something to X Factor that people hadn't seen before. Is that fair to say?

Yeah, thank you. I think many queer people had been on the show, and it's no shade to them, but they were presented as almost novelties and caricatures. So, with me coming on and being 100 percent myself in heels, but also serving ‘Show Must Go On’ vocals… You've seen that moment, everybody went onto their feet like, ‘Oh my god, yeah you look fabulous, but bitch, this boy can sing.’ I guess it was putting queer people on the map; like, ‘Yeah, we are talented, we are fabulous, and we can give you personality.’ So many people from around the world – young queer kids, mothers from Florida – have said: ‘Watching you on that show has given me the confidence to be fearless and really go for it.’ That’s my purpose as an artist: to be unapologetically myself.

Looking at your physique as well, people would think twice about messing with you.

I think it's just the six-inch heels that give you that Naomi Campbell essence. I'm a nice boy from Sydney, you know… at the beach.

What queerness existed in popular culture for you growing up?

What did I see on television in Australia? Priscilla, Queen of the Desert was definitely fabulous, I had J. Alexander from America's Next Top Model – a runway diva extraordinaire. But that was my beacon of androgyny; guys in heels having fun. I never really had a lot to pull from. Today we have RuPaul (a phenomenon) and makeup gurus like Jeffree Star and James Charles on YouTube – the growth of technology is putting queerness and colour around the world in such a great light, which is awesome, and which I didn't have growing up. In Willows I almost have to revert back to younger Seann Miley Moore, to how I would be in high school in today's age with the technology and guys on YouTube wearing makeup. It's a whole different ball game. The fact is now it's like, ‘I'm not alone.’ Willows is set in this ghetto high school, but I still feel like I can be my fabulous Duck – I have platforms and I'm in a feathery, yellow, gorgeous raincoat.

So was your childhood a happy one?

Yeah. I've had to come to terms with my own sexuality, and it was my friends and theatre which really allowed me to burst into the person I am today. And my parents have been 100 percent supportive from the start. But Australia was and still is – I don't want to say behind, but it lacked representation. When I first came to the UK, watching EastEnders I was like, ‘Oh my god, there's a Pakistani family as main characters.’ I saw black mannequins in stores and black babies on nappy packaging; I never saw that in Australia – what we see is Home and Away – blonde hair, blue eyes. Today we are still fighting for representation, and I hope I – a queer, Asian, British guy who wears whatever he wants – can be a voice. 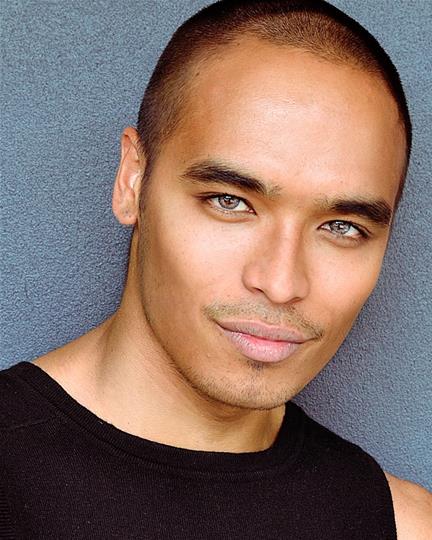 In the Willows is at Oxford Playhouse 9-10 April.