Festival of Literature, Film and Music 2018

“Jam and cream. Eggs and bacon. Fish and chips. Books and Blenheim. They just go together, which is why the annual Blenheim Literary Festival fits so snugly into the county's diary...”

Gary Barlow, Noel Gallagher, Countryfile Live and Donald Trump have all graced its grounds this year. But its annual Autumnal jewel, the Literary Festival, is one of Blenheim Palace’s most eagerly anticipated events. Churchill showed great prescience being born here in 1874 because Blenheim has, and always had, its finger on the pulse of contemporary mores. This year’s Blenheim Palace Festival of Literature, Film and Music (to give it its formal title) will as always enhance that legacy, as Jeremy Smith discovers.

Jam and cream. Eggs and bacon. Fish and chips. Books and Blenheim. They just go together, which is why the annual Blenheim Literary Festival fits so snugly into the county’s diary. Opening its doors between Thursday October 11 and Sunday October 14, the festival is best described as boutique – a small but perfectly sculpted celebration of literature at its most innovative, intriguing and inviting. Like every year, its program of speakers and authors is shamelessly tempting (this year, the lineup numbers 40 over three days). So here, as a dip-in and dip-out guide, is my personal selection of who to see and what to attend.

Jeopardy: The Danger of Playing It Safe On The Path To Success with Wilfred Emmanuel-Jones in conversation with Nick Higham.

Perfect timing in this period of huge political turmoil best describes this interview with Wilfred Emmanuel-Jones who, as a child of the Windrush generation, has gone to become one of Britain’s most successful black entrepreneurs. Drawing on an extraordinary life that that has taken him from a deprived childhood in inner city Birmingham to becoming one of Britain’s best known farmers, he argues that caution is one of the biggest barriers to realising our dreams. A former producer and director of BBC’s ‘Food and Drink’ as well as owner of the Black Farmer brand, he has also established the Black Farmer Scholarship which encourages ethnic minorities to work in the rural community. Here in conversation with Nick Higham

Just when you thought it was safe to go back in the garden, beware. Because, for anyone haunted and tantalised in equal measure by John Wyndham’s ‘The Day of The Triffids’, this is a must-see event. Forget the safe, blissful environment of TV’s Blue Peter garden and instead prepare yourself for an Indiana Jones-style escapade that aims to uncover and reveal some of the world’s most extraordinary plants. While yes, artist and botanist Dr Chris Thorogood will inevitably touch upon such cultural icons as the Venus Fly Trap, prepare to be amazed by some of his lesser-known favourites such as the Devil Guts, a genus of parasitic plants belonging to the Cuscutaceae family (incidentally, it’s also known as the ‘Vampire Plant’, ‘Strangleweed’, ‘Hellbind’ and ‘Witches Shoelaces’, none of which suggest any particular affection).

A botanist at the University of Oxford, Dr Thorogood will also focus on those plants that dupe, trick, steal and kill and aims to demonstrate the inter-relationships between plants, their interdependence with animals and the nature of evolution.

This particular event is a natural fit for both the occasion and day of the week. One of our leading wine writers, Jonathan Ray, launches what surely looks like a 60-minute ‘hurrah’ for all things sparkling, wet, dry, and perfectly bubbly, by considering just a few of the world’s top 100 champagnes and sparkling wines. And better still, there’s a good chance his talk will involve tastings.

Astonishingly, sales of sparkling wines have risen by more than 80% in the UK over the last five years, so it seems sensible that with the country awash with popped corks, a little extra knowledge might go a long way.

Histories of The Unexpected with Sam Willis and James Daybell

A genuine treat for Saturday lunchtime, this is one of those fabulous ‘Did You Know’ compendiums of the weird and bizarre. Prepare to be shocked and delighted as historians Sam Willis and James Daybell embark on an incredible journey through the annals of history to uncover just what links, among other things, zebras to the Second World War and windows to Nelson and the Battle of Trafalgar. Using props and archive film, they aim to shine a light on those great periods in history when the unexpected was always just a breath away. Willis is an honorary research fellow at the University of Plymouth with an expertise in naval history and marine archaeology. He has worked on the Hornblower television series and Channel 4 film Shackleton, and presented the BBC 4 film, Nelson’s Caribbean Hell Hole. Daybell is professor of early modern history at the University of Plymouth and author of eight books, including Women Letter-Writers in Tudor England.

When it comes to pedigree, it doesn’t get much better than that of award-winning historian, broadcaster and writer David Reynolds. A professor of international history at Cambridge University and winner of the Wolfson Prize in 2004, he has also authored 11 books and made 13 documentaries for the BBC on twentieth century history. But just for today, he’ll be revealing what the messages shared between the big three allied leaders: Stalin, Churchill and Roosevelt really indicate about their relationship.

Together with leading Russian academic Vladimir Pechatnov, the two authors were granted access to previously unavailable documents which revealed more than 600 separate communications between the three leaders, exposing the limits of their alliance and the egos that set the stage for the Cold War. Unmissable.

Wodehouse in Wonderland by William Humble with Robert Daws

Actor and writer Robert Daws (‘The Royal’, ‘New Tricks’ and ‘Doc Martin’ to name but a few) gives a performed reading of a new play based on the life and writings of P. G. Wodehouse, which includes musical accompaniment from the likes of George Gershwin, Cole Porter, Ivor Novello and Jerome Kern. The play itself, written by William Humble, is set in Wodehouse’s New York State home sometime in the 1950s while he attempts to write another Bertie Wooster tale. Of course, during this literary endeavour, he shares stories about how Jeeves came into existence, his love for American soap operas and why he wrote books that were ‘like musical comedies without music’. Running at an hour and 40 minutes, the event includes a 20-minute interval – a consideration Bertie would have definitely approved of. 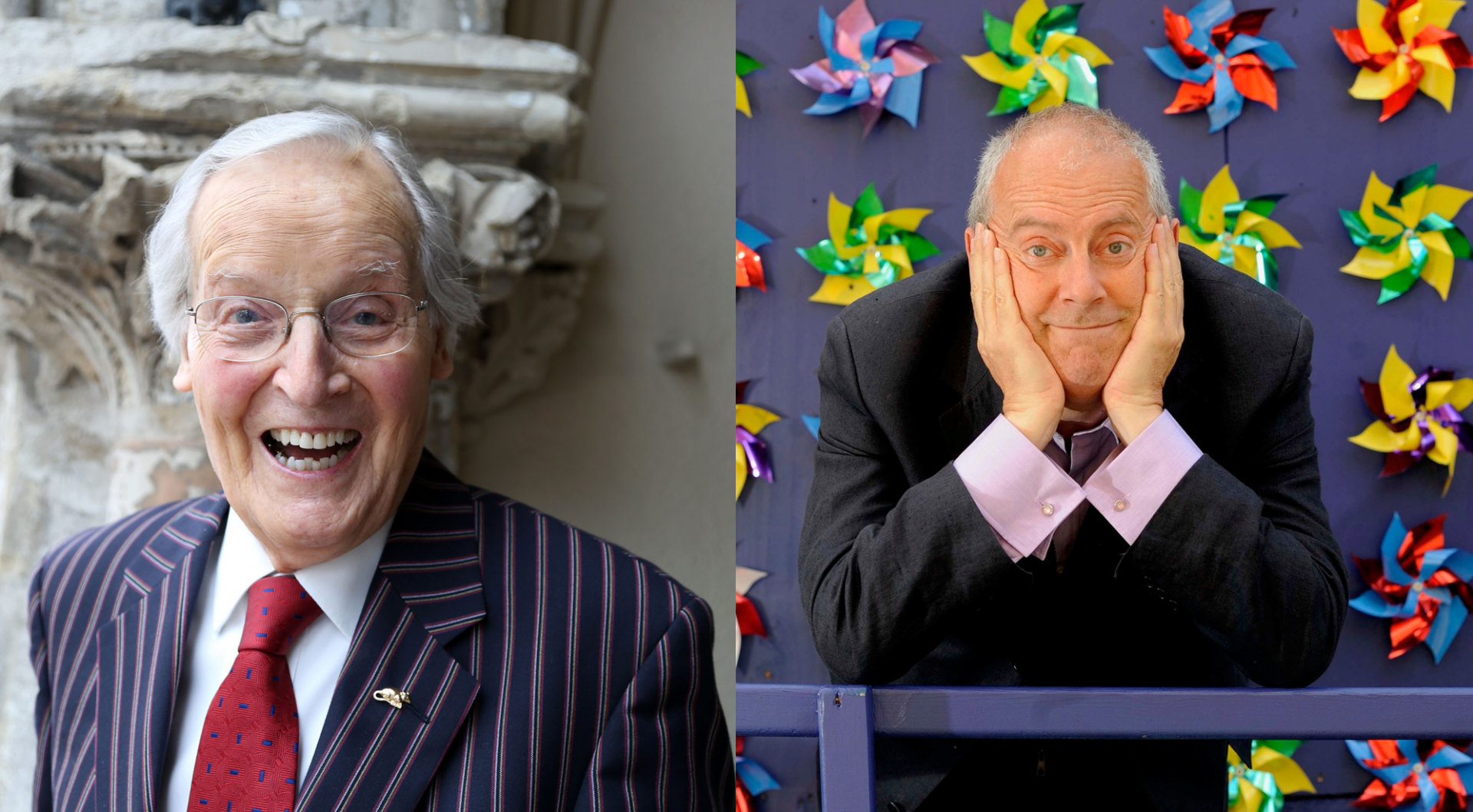 A perfect title that looks sure to deliver what it says on the tin; after all, both Parsons and Brandreth are the ultimate conversationalists who can put a spin on any story and turn it into a comedy masterclass. Equally, you’d expect nothing less from a comic duo who, both separately and together, have spent their lives in front of the microphone and camera. Indeed, in just one of his many performance milestones, Parsons has now presented the multi-award winning Radio 4 comedy show ‘Just A Minute’ for its entire 51-year history.

Similarly - though not quite on the same time scale - Brandreth has alternated between TV and politics and currently holds the world record for the longest after dinner speech: a 12-and-a-half-hour marathon.

Darling Winston: Forty Years of Letters Between Churchill and His Mother with David Lough

And that’s it, in a nutshell; an exploration of the astonishing 40-year correspondence between Sir Winston and his American mother Jennie Jerome, which started in 1881 when Churchill was just six, presented by David Lough. 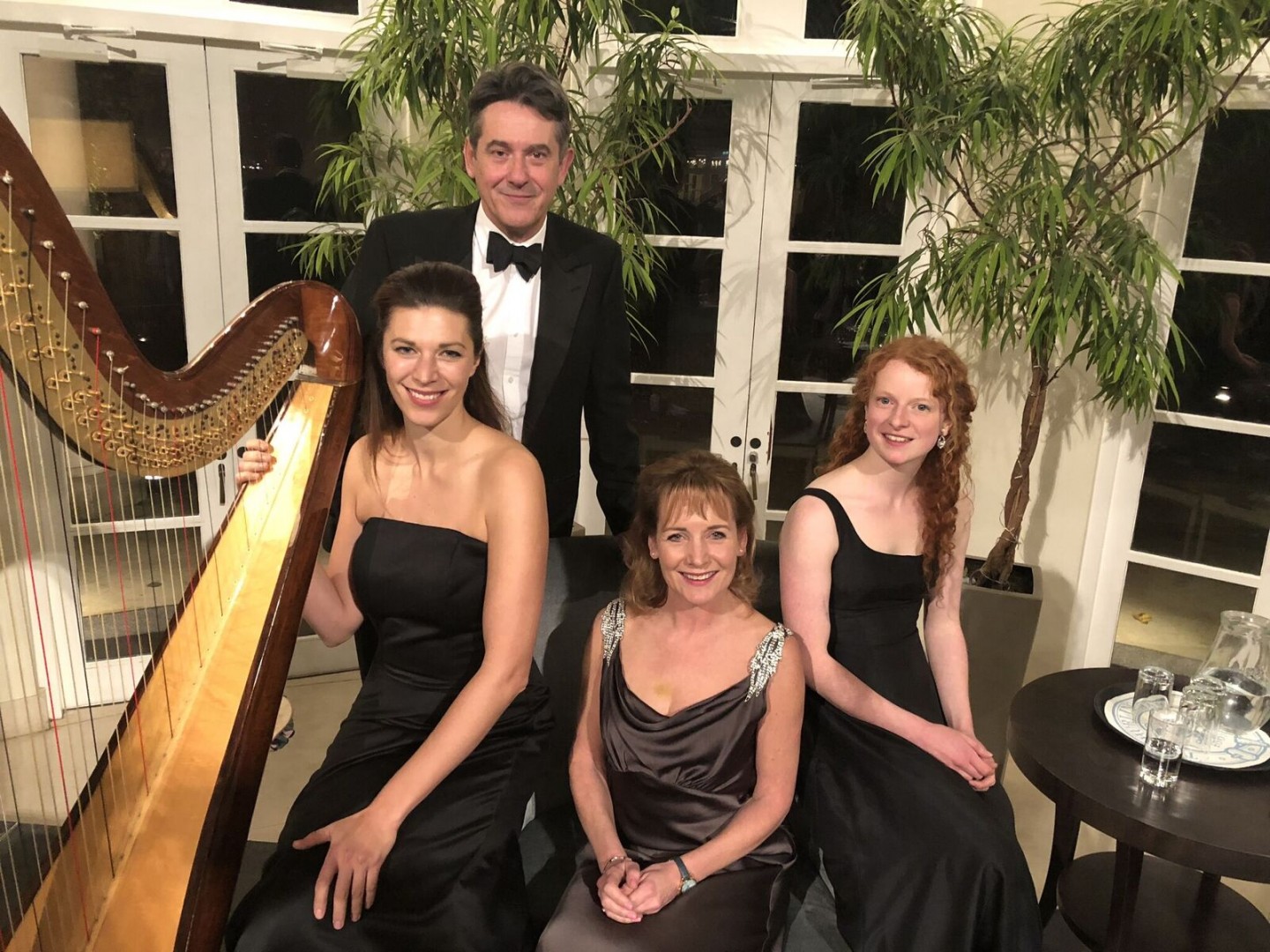 An Afternoon with Jane Austen, in the company of Caroline Langrishe, Adrian Lukis, Camilla Pay and Rosie Lomas

Well, it’d be criminal not to, wouldn’t it? A two-hour celebration of Jane Austen’s most memorable characters via actors Caroline Langrishe and Adrian Lukis, staged against a soundtrack which would have been heard in Austen’s own household, provided by harpist Camilla Pay and soprano Rosie Lomas. What’s not to like? Staged, to boot, in the Palace’s Orangery should any arm-twisting be required.

The King’s War with Peter Conradi

It’s hard to imagine just how such an extraordinary story could have remained hidden for so long, but that’s precisely what did happen until journalist and author Peter Conradi, together with Mark Logue, published their bestselling book ‘The King’s Speech’ in 2010. Turned into a multi-Oscar-winning film starring Colin Firth as King George VI, Helena Bonham Carter as Queen Elizabeth and Geoffrey Rush as iconoclastic speech therapist Lionel Logue (co-author Mark Logue’s grandfather), both book and film were a worldwide critical and commercial success. The authors latest book ‘The King’s War’ picks up where ‘Speech’ ends, following the men’s friendship through the dark days of the Second World War and beyond, which Conradi will explain and expand upon.