Travel tips for the time-poor

“Burn off the patisserie by ascending Castle Hill for views of the Old Port of Nice, where Napoleon once lived”

Take advantage of Oxford’s 24/7 bus links to Heathrow and be the envy of the office by flying to a European city for the day. If you’re unafraid of waking up at an ungodly hour then the next bank holiday could see you rollerblading along the Cote d’Azur or learning techniques Rembrandt used to paint The Night Watch. Capitalise on Oxford being a coach ride away from the airport by packing a cabin bag for one of these six easy itineraries. 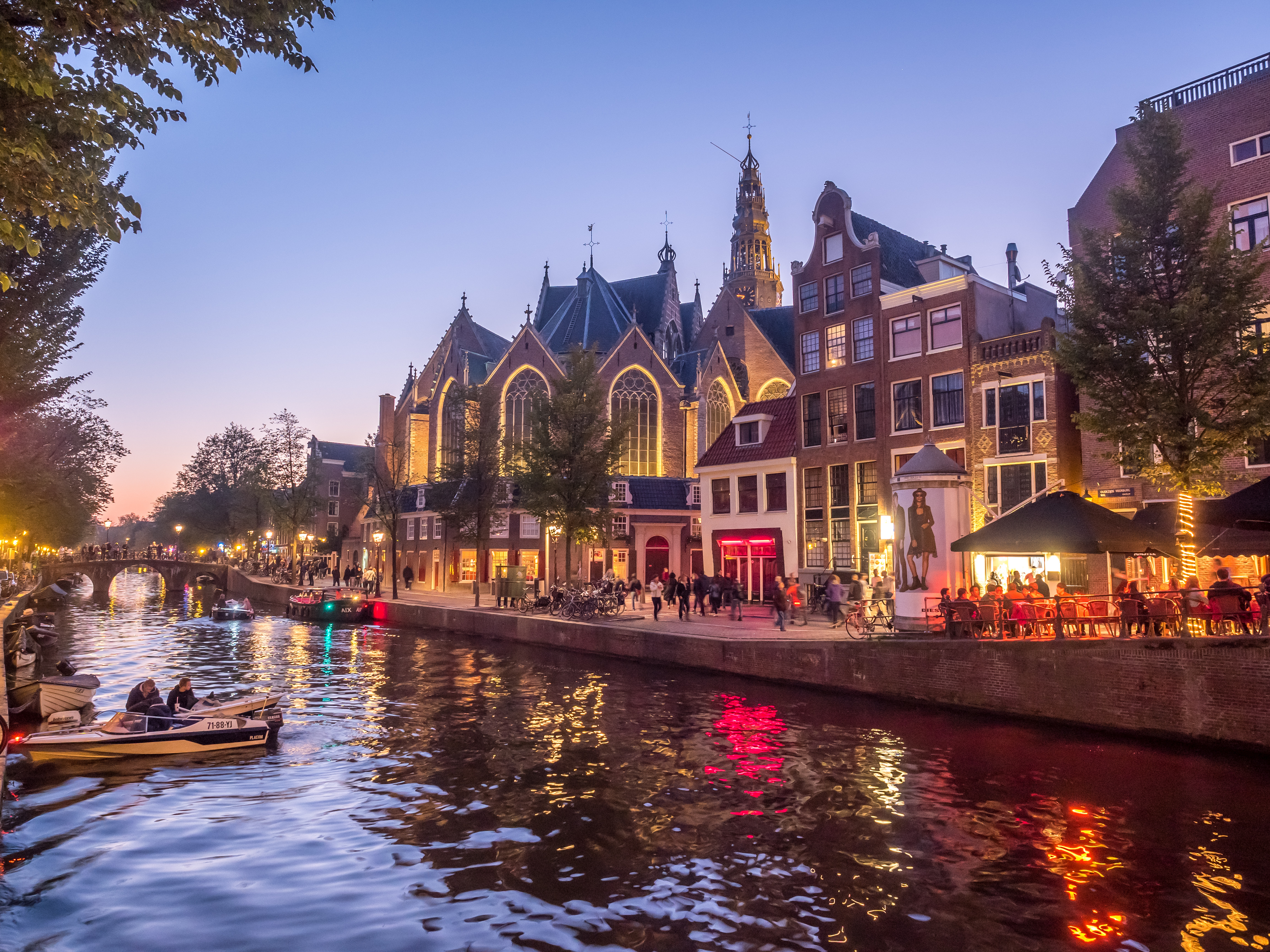 The powerhouse of the Dutch Golden Age of Painting, Amsterdam (AMS) is 1 hour 15 minutes from Heathrow and the train from the airport costs from €5.60. To reach the exhibitions stroll through Amsterdam’s highlights. Start at the central train station and walk along Damrak, with the red light district on your left, tucked behind the Old Church. Further along is Dam Square, Prinsengracht stretches out beyond this, towards the Anne Frank House, its Secret Annexe kept the Frank family alive for two years. Continue along Damrak and marvel at the bustling floating flower market at Bloemenmarkt, then go straight to Museum Square, where the Van Gogh Museum, Stedelijk Museum and Rijksmuseum are located. Catch your breath at neighbouring Vondelpark, an open space to watch ducks, eat frites with mayonnaise and jump on a canal cruise (they stop nearby). 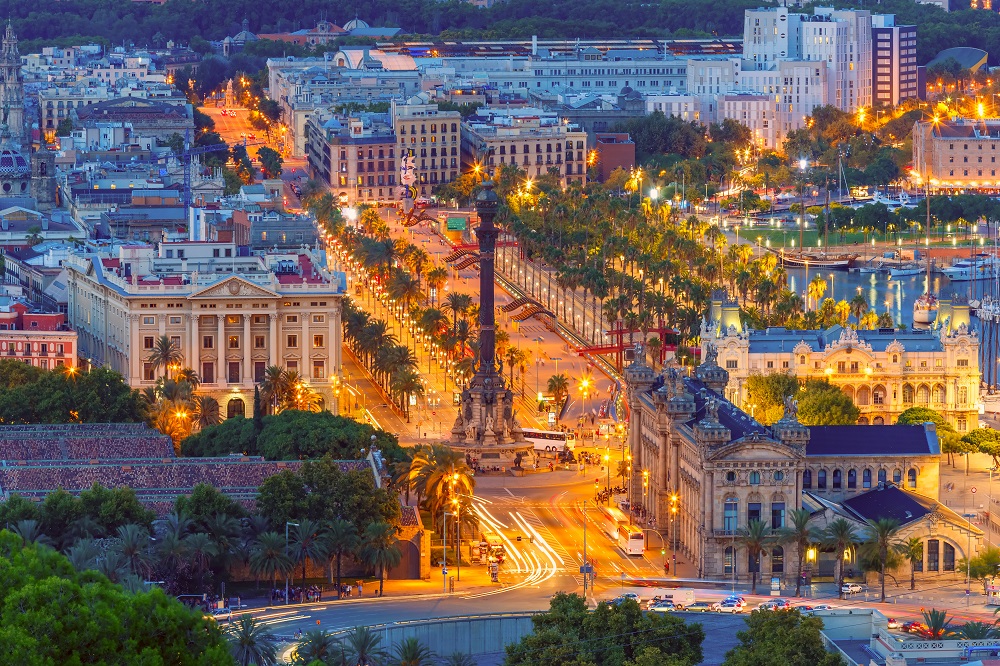 Catalonia’s capital, Barcelona (BCN) is two hours from Heathrow. Take the Metro from the airport to Catalonia Square, a handy landmark because of its location between the Gothic Quarter to the south and the exclusive shops of Passeig de Gràcia to the north. Mix with the locals along Las Ramblas, which stretches from Catalonia Square to the monument of Christopher Columbus on the seafront. Take a left at Columbus’ statue to hit the beach and paddle along the Barceloneta or take a cable car up to Montjuïc Castle. Brace yourself for queues at La Sagrada Familia, as Gaudi’s modernist style delights even regular visitors. His surreal art dots the city. 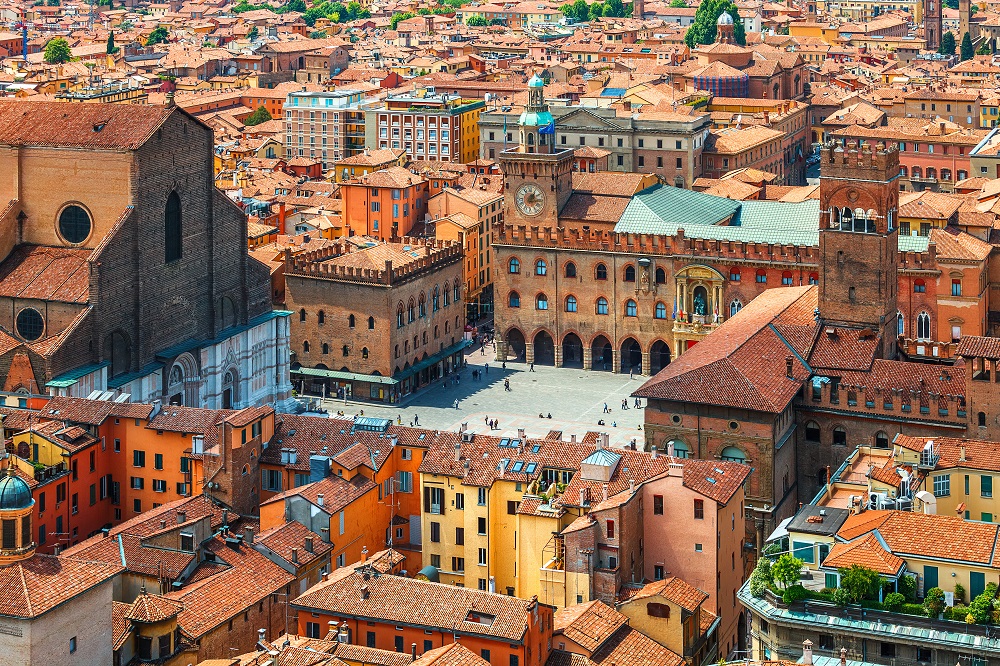 Boasting the world’s oldest university, Bologna (BLQ) is 2 hours 10 minutes from Heathrow. The Aerobus transfer costs €6. It’s easy to see all of Bologna on foot so take Via dell’Indipendenza and walk along the arcade-lined streets towards Piazza Maggiore; the square at Bologna’s centre has a triumphant statue of Neptune. Local events spill out onto the square, look out for religious festivals and film screenings. Whilst in the square, visit Basilica di San Petronio with its sundial and paintings from the 14th-17th centuries. Take a cobblestoned lane off one of the narrow streets and discover ancient abandoned buildings in peaceful silence or climb Prendiparte Tower, built out of typical ‘Bolognese’ red bricks during the 12th century for defence, and take in 360° views of the city. Fill your final minutes with one more shot of Bologna’s smooth and silky espresso. 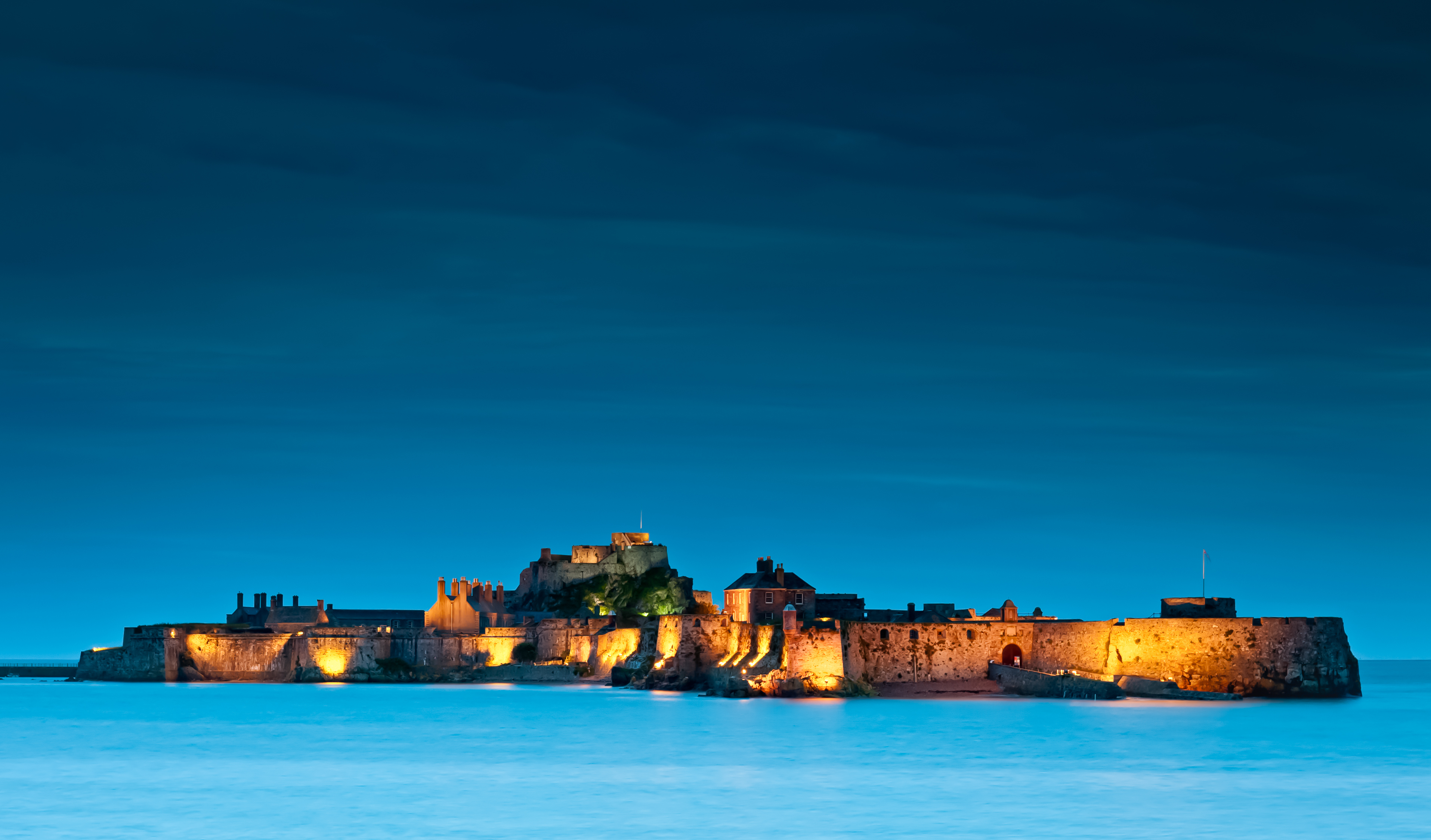 Glorious Jersey (JER) is 1 hour from Gatwick. The airport transfer to St Helier is £2.20 by double decker bus – choose the top deck to see St Aubin’s Bay during the journey. St Helier is perfectly placed to explore the island by bus. Experience the reality of living under wartime occupation inside the Jersey War Tunnels on bus route 8. Pack your swimmers and go for a dip in Havre Des Pas outdoor tidal bathing pools on bus route 1. Alternatively laze away the day at St Helier’s harbour with a Jersey ice cream in your hand and plan a stroll along the Esplanade to catch views of imposing fortress, Elizabeth Castle, built out to sea on rocks. Central to St Helier’s Liberation Square is a monument that celebrates the end of Jersey’s occupation during WWII. The relief felt by the islanders is captured in the sculpture and brought to life inside the nearby Jersey Museum. 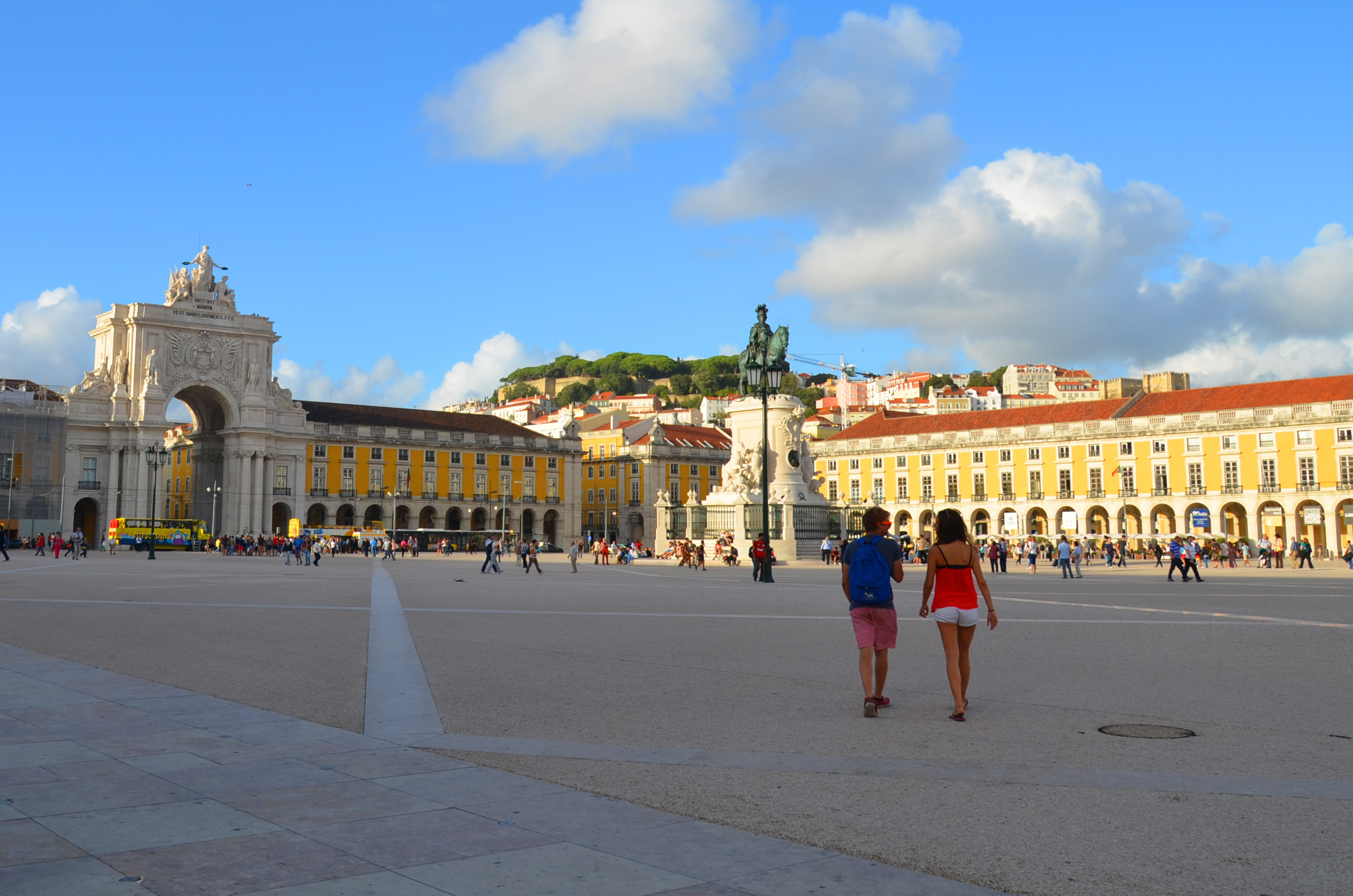 Europe’s answer to Silicon Valley, Lisbon (LIS) is 2 hours 30 minutes from Heathrow. From the airport take the Metro straight to Saldanha and stop off at the Gulbenkian Museum. Listen to birdsong along the shaded paths of the serene Gulbenkian Gardens then hop back on the Metro for Terreiro do Paço station, to see the Old Town. Tuck into nata tarts and sip sour Ginjinha cherry liqueur in the waterfront cafés of the pastel-coloured Commerce Square (Praça do Comércio). Walk to the north of the square to explore the ancient district of Alfama. Continue through Alfama’s cobbled streets up to the old walls of St George’s Castle, or take tram number 28. Stop off at the viewing platform, Miradouro da Graca, to see sunlight bouncing off the Tagus river and hear Fado music from nearby restaurants drift up over Alfama’s red roofs. 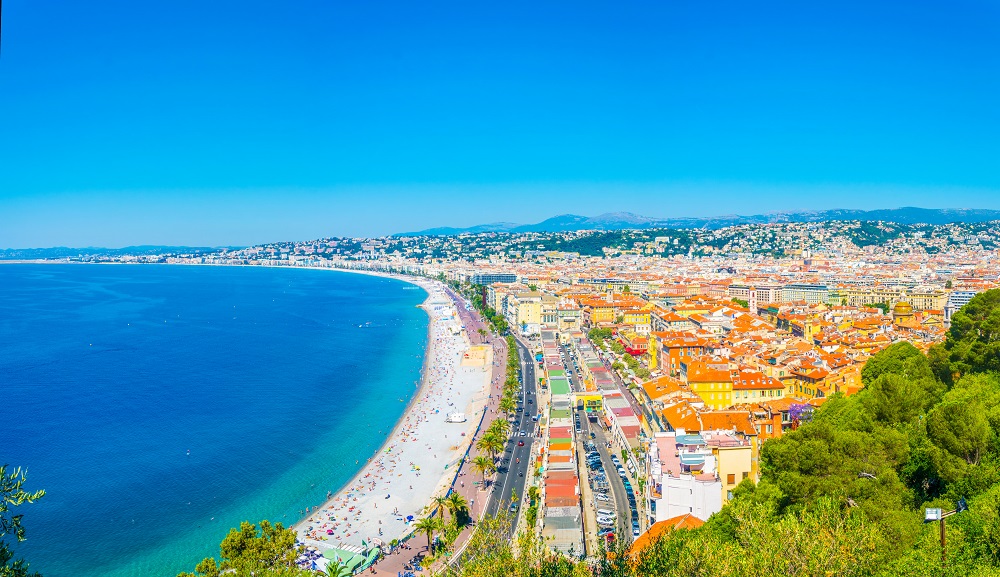 The gateway to the French Riviera, Nice (NCE) is 2 hours from Heathrow. Nice Airport Express Bus costs €6 and stops at Nice Ville train station, which is a 10-minute walk from the Chagall Museum. Head to the Promenade des Anglais and find 7km of pebbly beaches and the legendary blue lounge chairs of the Prom. Lie next to palm trees and turquoise waters or wander eastwards to the pastoral Albert 1st Garden, where the Old Town begins; stroll through the Old Town to Cours Saleya to browse artisan food and flower markets. Make a light lunch out of local delicacies such as Salad Niçoise or Socca (a chickpea pancake) before heading to Garibaldi Square for coffee and cake. Burn off the patisserie by ascending Castle Hill for views of the Old Port of Nice, where Napoleon once lived.

For departures leaving in more than 2 months time, flights to the above destinations are priced from £30 each way.

Plan ahead so the money you save from booking early isn’t spent due to unforeseen circumstances. Always carry travel insurance, an EHIC card and a few days’ supply of medications with you. Know which terminal your return flight is leaving from and locate the time and pick up point for your transfer back to the airport. Wear comfortable shoes, stay alert for pickpockets and buon viaggio!