“I can’t eat things that are just one-dimensional. ”

Ahead of her appearance at this year’s Big Feastival, the MasterChef 2014 champion chats about Malaysian cuisine, mental wellbeing, changing attitudes, and lockdown lessons.

How have you found emerging out of lockdown?

I feel a little bit strange and nervous. I was away last weekend, sat at a big bench table, and someone said, ‘is there anyone sitting here?’ My initial thought was, ‘are you kidding me?’ I come from a culture where sharing tables is very common, but now I feel like it’s not the done thing!

Did you have to do home-schooling?

We did the home-schooling thing, but my husband and I started a business in April, so we home-schooled, cooked, entertained, and everything else! It’s been a very challenging but fun year.

Have you been dining out at all?

We were away in Salcombe, so we went to the Crab Shed which was lovely. I've been out with friends to Bath as well where there are a few fish restaurants. We went out in April because a friend of mine runs a wine bar in Bath, Corkage, and they have covered outside seating, so I went with some girlfriends and had a bit of a natter. I’m still a little bit nervous though with – you know – people!

Have you seen people's relationship with food change over the past 14 months?

I think that actually the industry has changed a lot and that people are now used to dining in, so the way they approach food and spend money is different. I was talking to a lot of people about getting things sent to you, which is exactly the same quality you’d get in a restaurant – I think we’ll see a lot more of that happening. People still want to dine out but now the options are that much wider. It’s not every day that I can travel up to London to one of my favourite restaurants, but I can get it sent to me. Of course, you’re not going to get the full menu, but the quality is amazing, so I think that will change how people dine out. Especially for circumstances like mine, I don’t dine out often anyway – I’ve got young children and it’s hard to organise a babysitter and things like that, and every time we add the cost together it doesn't make sense unless you're celebrating something special like a birthday or anniversary. Over the next couple of months, we'll see people hurrying to their favourite restaurants because they haven't dined out for months, but after that we will see more people dining in because we now have more options. 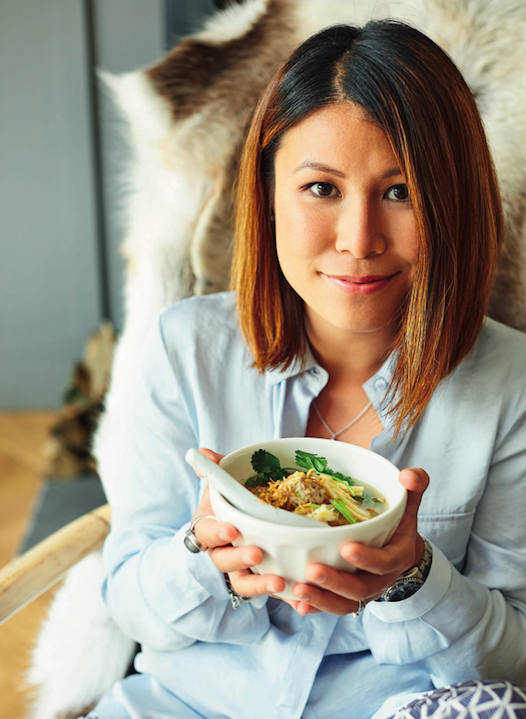 You’re right at the centre of this dining from home notion with the release of your Ping at Home food delivery service. The dishes are Malaysian – can you sum up Malaysian cooking?

It’s very diverse. Our food is a fusion of our multiculturalism. Malaysia is a multicultural country of Chinese, Indian, and Malaysian, which form the biggest percentage of Malaysia. Apart from that, we have tribes in Borneo, for example the Kadazan-Dusun. We have Portuguese and British influences as well which they brought over, so it’s a mix of flavours and fragrances. It’s never boring, every mouthful is just a burst of these different cultures and spices together, which I find really interesting to eat. I can’t eat things that are just one-dimensional. I grew up with food that has so many influences of cultures, spices and textures, so I can’t really sum up Malaysian food in a sentence – incredible, eclectic and colourful in every sense.

What does food and the process of cooking do for people’s mental wellbeing?

I can’t speak for everybody else, but I think if you’re not a confident cook, you follow a recipe and in that hour or two, you think of nothing else but following the instructions, and at the end there is something to show for it – I think that is quite satisfying. You’re concentrating, your mind is not wandering or thinking something negative.

Another key thing food does is bring people together…

Yes. We were able to get our kids to school when the schools were closed because we’re classed as keyworkers. I do feel like teachers are very much overlooked, they are also frontline workers, so every Friday, I told them I would feed them, so we sent food to the school. The headmistress said to me that every Friday they sat down as a team during lunchtime and ate what I had cooked for them. They said it really helped with how they dealt with the children, and they looked forward to lunch together every Friday, which is really nice.

What do you think lockdown has taught us?

We realised what’s important during lockdown: family time. I don’t think we’ll ever take for granted again. I hope people will start to feel a little braver to go out but also retain some of those important bits like valuing time for yourself. It’s ok not to do anything. I can look at Instagram and feel like I’m missing out which is a horrible feeling, social media is detrimental in that way, but actually I’m fine not going out. I don’t need to go and do things, keep up with the Joneses. I’m just doing what I want and it’s totally ok if that’s nothing at all.

We must ask about your upcoming appearance at The Big Feastival. Do you still pinch yourself that you’re getting gigs alongside the likes of Rag'n'Bone Man?

I’m so excited. It’s a very prestigious festival so it’s an honour to be invited – kind of my dream come true; I was quite taken aback. I will try to find a dish which both represents my culture and relates to the public, and my daughter loves Rag'n'Bone so meeting him backstage would make her day. Maybe I should cook him something so my daughter can say hi.

Maybe it could become a collaboration.

Get him onstage to do my demo. I think I’d be speechless.

We’ll put the idea in print and maybe it’ll catch on... 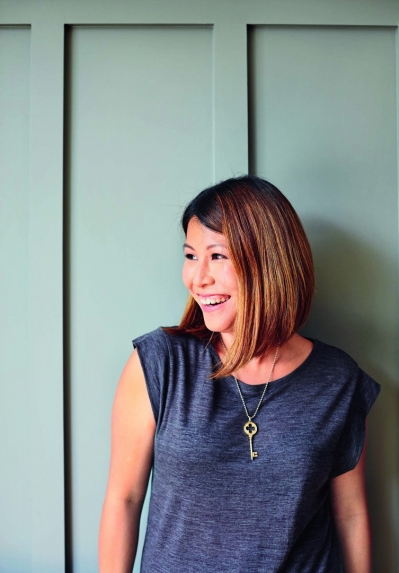