From Caliban to Batman

Shakespeare and superheroes with Inua Ellams

“Prospero finally chooses to put down the mantle of power that he used to rule the land – why couldn’t he give the kingdom back to Caliban? Instead, The Tempest ends and Caliban is still enslaved. That pisses me off. ”

Born in Nigeria, Inua Ellams is a UK-based poet, playwright and performer who has written for the Royal Shakespeare Company, the National Theatre and the BBC. The Actual is his fifth poetry release. With previous releases, he says, he always knew he was working towards some sort of book. This was not the case with The Actual, penned almost entirely on his phone during train, tube and bus journeys. “I was trying to map what it felt like to live in London, this global city, when the world felt like it was constantly imploding, politically and personally. So, the book wasn’t written like anything else – it came in bits and pieces.” As we mark National Poetry Day (1 October) and our words issue of the OX Magazine, he tells us more about his first full collection.

Talk us through the title of your new book, The Actual.

I wanted to call it F*ck / #45 initially but my publisher said 1) we’d have problems publishing a book with that title, and 2) he felt it was reductive to name the book after the American president – and he was completely right. The first poem was called F*ck / Donald Trump, then I changed the title to F*ck / #45 and then began to write about other things, so it expanded beyond that. We were going around the houses trying to come up with various other titles, my editors took one of the lines, which was “the actual f*ck”, and said perhaps we could just call it The Actual… and that just kind of stuck.

Yeah, a list poem, and then the poems are written almost like links in a chain – each one gives birth to another.

Yes, you’ll find the word ‘concrete’ in F*ck / Bikram’s Yoga and the next poem is called F*ck / Concrete. There’s also a poem set in a barber shop (F*ck / Carrots) which links to your play, Barber Shop Chronicles.

Definitely. F*ck / Carrots is a conversation I had in a barber shop in Kenya. It never made it into Barber Shop Chronicles, but it stuck with me as one of the most ridiculous things that we talked about and I wanted to do something with it. I think it was the penultimate poem added to the collection. 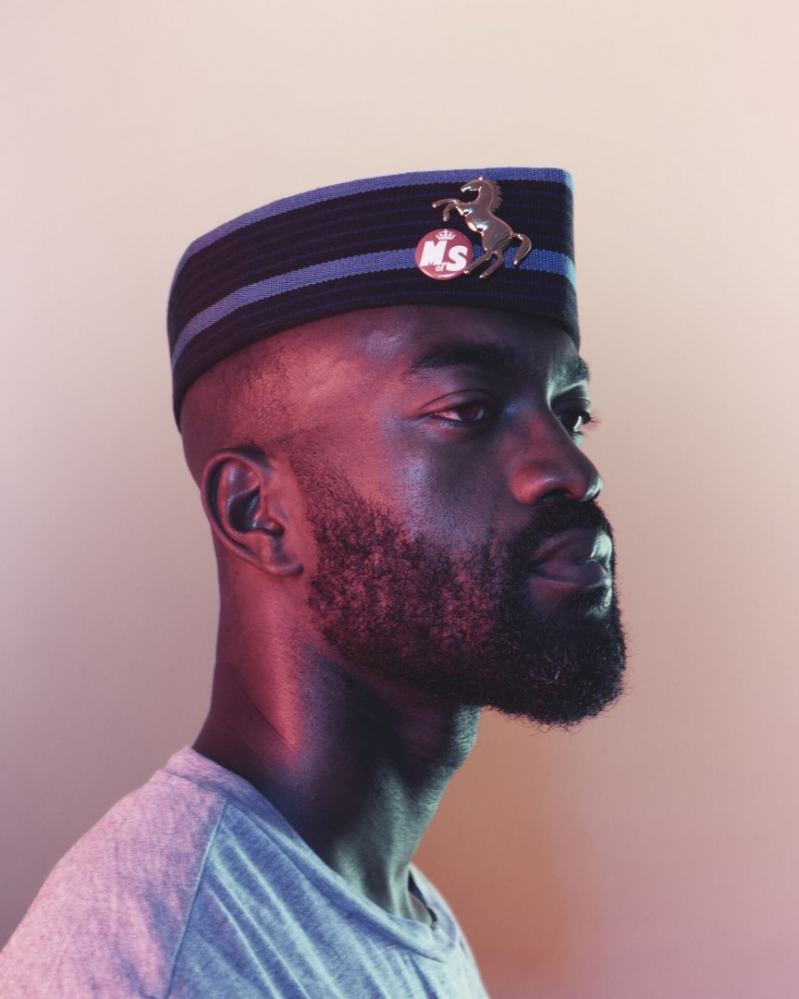 F*ck / The Mandela Effect reads: “To be black is to constantly achieve the improbable / to drive unchallenged through your own neighbourhood / to return home safe with sweets / to keep your name intact / to be safe jogging / to breathe / to breathe / to breathe”. It’s incredibly powerful and moving. Would you have written a poem like that in your first release? (The statement would have been true back then too.)

I don’t think I would have in 2005 when my first book came out, because no one had woken up enough to these problems. We knew about it, in the black and African communities right across the UK, right across America… But to each generation comes a new language, and we’ve learnt the language and the discourse, how to use social media mechanisms to tell our own stories and capture our realities. So, I don’t think I could’ve written this 15 years ago, but I can now. I think our voices are being amplified, we no longer have to edit ourselves. A lot of that freedom really came to me when I was writing, not just that poem but the whole book.

Is the bluntness and honesty of that poem the reason it’s after Danez Smith?

Danez has a book called Don’t Call Us Dead. It wasn’t about bluntness; it was an appreciation of how they’ve documented their reality and how much they’ve contributed to articulating the global black experience. I wanted to honour that, echo it and follow in their footsteps.

Quite a few of the poems are after people, using the hashtag #After – is that an effort to start something on social media?

No, not necessarily. I wrote a book of poems called #Afterhours to honour poets who had come before me, British and Irish poets who were writing before I was born and up until I turned 18. With all the poems I wrote in response to them, I did the same thing; #After Simon Armitage, #After Pascale Petit. I’m not doing it for the social media generation, I’m just carrying on this thing I’ve started. Also, I hope that whoever picks up the book then types the names of these poets into the internet and finds their work.

You talk about Caliban from The Tempest in F*ck / Shakespeare.

I have a lot of fondness and sympathy for Caliban – I’m going to write a play about him at some point – I think that drove the poem. Considering The Tempest was one of the last plays Shakespeare wrote, I cannot understand how he could see so much of the politics surrounding Othello – and write about this man who was gaslit by his entire community and driven to madness – and yet could treat Caliban with such callousness. Prospero finally chooses to put down the mantle of power that he used to rule the land – why couldn’t he give the kingdom back to Caliban? Instead, the play ends and Caliban is still enslaved. That pisses me off.

There are also poems about the Joker and Batman – you were into comic books as a kid, weren’t you?

I still am into comic books, thank you very much! I love Batman and have for quite some time. This frightened boy who grew up and turned his wealth and privilege into good (well, good in the twisted way he rationalises it). A friend of mine and I had an argument recently which drove the poem, F*ck / Batman. She explained how Batman is an extremely privileged white man who could use the billions of dollars he has to fund educational programmes in Gotham City or rehabilitation programmes for prisoners. Instead, he gets hi-tech weaponry and darts around Gotham attacking intellectually disabled people driven to a life of crime because of poverty in the shadows and alleys of the city. That stayed with me. She also said the reason Batman only covers half his face is so police officers know he’s a white man, and there’s privilege within that. Also, thinking about COVID-19 and what bats might have contributed to the virus got me thinking deeper about power and privilege; about the massive conglomerates and companies that could’ve stopped the trade of rare animals in the wet markets, could’ve done things to reduce the spread of diseases.

Do you think you’ll perform The Actual in its entirety at some stage?

I might do but I’d like to do it in real life, not into Zoom – that would make it very difficult because of the deeps swathes of emotion the book navigates. Some of the poems are really dark – I’m thinking about F*ck / Nigeria, F*ck / Swamps, and even F*ck / Sympathy. When I read those poems it’s a lot to contend with. Doing that on my own in my flat isn’t really attractive to me. I think I could read them to an audience I can break bread with, who can give me energy as I try to give them energy.

What are you reading at the moment?

There’s this epic play I’m working on set in pre-colonial northern Nigeria. I’m pouring through academic literature about that part of my country – It’s really dense, I read 20 pages and I’m done for the day.

The Actual (Penned in the Margins) is out 5 October.