This year’s instalment of KITE, the Oxford-based festival of music and ideas, will see British evolutionary biologist and prolific author Richard Dawkins take the stage. He will be discussing his latest book, Flights of Fancy, which explores all aspects of flight – human and animal – but also extending further than the literal, into the flight of the mind. We spoke with Richard who talked us through the chapters. 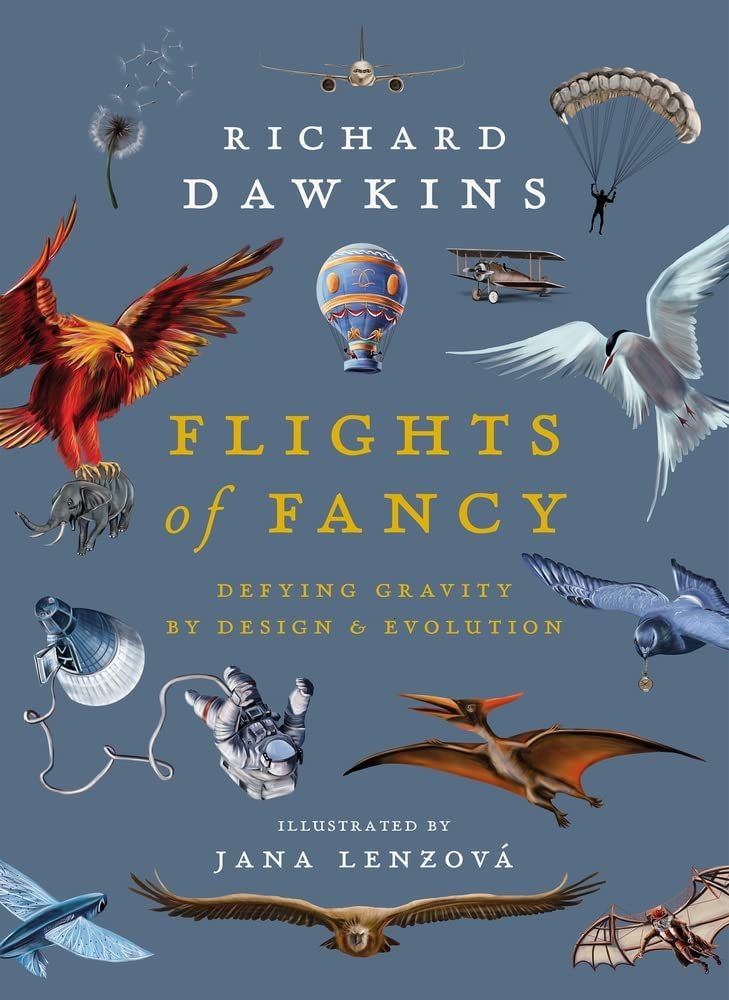 The book starts with humankind’s classic dream of flying; with Leonardo da Vinci as – perhaps – the most obvious example. Dawkins goes on to discuss the use of flight: how it enables birds to “see from a great height, enabling hunting, foraging and migration. The Arctic tern, for instance, migrates from the Arctic Circle to the Antarctic Circle every year, which is an astonishing distance that you couldn't possibly cover other than in the air.” Evolutionary aspects become apparent in his third chapter, ‘If Flying Is So Great, Why Do Some Animals Lose Their Wings?’ “This is a very interesting question because it’s pretty cruel that many birds whose ancestors used to fly have now lost the power of flight. Things like emus and ostriches and lots of island birds like the dodos lost their wings when they arrived on the island, so flying is not all wonderful – it has economic costs. Birds like the dodo would have lost their wings because they didn’t need them as there were no predators on Mauritius when they arrived. They economised and economising is a very important principle in evolution.”

Going forward, the mathematics of flight – easier to manage the smaller the animal, or insect in the case of a gnat, which has a relatively large surface area comparative to its weight and so “it almost floats.” We learn that the size of the wings needs to compensate for a larger frame to disproportionally increase the surface area, “it must compensate by increasing its surface area disproportionately: grow projections like feathers (if a bird) or flaps of thin skin (if a bat or pterodactyl).” This takes us neatly to gliding, which covers birds and, of course, man. Thermals or heat currents enable gliders to climb up and down through the air. “Albatrosses are a very special kind of glider because they live and travel great distances over the sea, and they make use of the up currents that are generated by the waves…they have a rather cunning way of tuning and gliding into the wind, climbing into the wind, and then turning around and gliding downwind again. They do flap their wings as well which leads into my next chapter, Powered Flight and How it Works”.

Back on slightly terra-firma here, and more mathematical principles are employed to illustrate why powered flight in planes is easier to explain than it is in birds. “Powered flight in planes is relatively easy to understand; they obtain their lift by moving very fast through the air generating a great wind over the wings which then throws the air down toward the ground. The lift generated then overcomes the plane's weight and holds it in the sky. In birds, the wind pushes against the underside of the wing when they’re tilted slightly upwards, by Newton’s principle but also by a more abstruse physical principle called Bernoulli's principle. The helicopter principle is quite different – it’s where the helicopter generates a great wind straight down the great big veins of the rotor and by tilting forward, the helicopter is able to fly.” As Dawkins explains, the flapping of birds’ wings is, in fact, has more in common with the helicopter principle as they “are pushing the air downwards pushing themselves up and also propelling themselves forwards so they’re actually using the plane and helicopter principle at the same time.”

The book is a comprehensive overview of all the principles in flight, including the balloon principle (where you make a craft that is lighter than air), “As far as I know, no animal does that – it seems to be a uniquely human way of flying.” However, the idea of weight also encompasses space travel: “It’s striking how a person in the space station feels as if they’re flying when in fact, they are weightless. They pull themselves along and they can be upside down very easily. They’re actually continuously falling through the air; they don’t fall to earth because they’re also in rotation around the earth and the centrifugal force keeps them orbiting, so they don’t fall towards it. That’s probably the closest a human can get to feeling as though they’re flying, and it must be a wonderful feeling. Would you go up in a space station?” Dawkins asks to which I of course replied yes and wonder in return whether his fascination for flying had ever motivated him to visit an indoor skydiving flight simulator: “I haven't, I sort of would like to though. I might get seasick because I am susceptible to seasickness – they call it the vomit comet. I think it would be worth it, and if I was offered the opportunity I would go.”

Back to the book and on to aerial plankton, “High up in the atmosphere is a great population of pollen, seeds, and insects which are kind of like the plankton in the ocean but rather different. They are spreading around the world, and this was studied by Sir Alister Hardy – he was my old professor at Oxford, and a great expert on marine plankton. He invested in the continuous plankton recorder which was a way of sampling the sea towed behind a ship and then analysed. Afterwards, he did much the same thing with the aerial plankton but using a couple of kites which had a net between them. The net captured the aerial plankton and then they would analyse them.”

One of the most enjoyable aspects of the book is the flow from chapter to chapter; from unpowered to powered flight, from plankton to plants. “Plants have a great need to spread their pollen and seeds. As I said before, anything that is small can more or less fly without wings, so some plants simply release their pollen into the air and the pollen grains just float because the surface area is so large compared to the weight. The only problem with this is it’s just hit and miss as to whether the pollen lands on a female flower of the right kind. It’s much better to find a way to direct the pollen to the right target. There is one obvious way to do this, and that is for the plant to develop a little flying machine to carry the pollen and home in on the correct flower. Of course, these little carriers already exist – they’re called insects”.

As the book reaches its final stages, we are back to evolution’s role in wing design, with Dawkins pointing out that the difference between the way evolution designed bird and insect wings, and how humans have designed their flying machines, eg plane wings and gliders. He goes on to consider the half-wing, by which he is referring to animals like a flying squirrel which “don't really fly…they glide. There are squirrels that leap huge distances by having flaps of skin which act as flight services – they’re not really wings – it’s more like a parachute, and they are able to glide 100 yards or so. It’s easy to see how that can evolve because you start with an ordinary squirrel which can jump maybe one yard and then a little bit of skin can let it jump further and then you get to the full flaps of wings which enable it to glide 100 yards. As the flap of skin gets larger, so does the distance the squirrel can leap.”

Finally, the flight of the mind, where Dawkins makes the link between the urge to fly and the urge to explore; “this final chapter is a little more poetic. I would like to think everyone can enjoy [this book]. All my books are in some way educational in that I'm trying to explain to people how life works and also to create a sense of wonder and enthusiasm as to how beautiful the natural world is. I think flight does that as well as anything.”