From TV to Windscreen

“The Rest Is Horrible History”

Ahead of their upcoming performances across the UK, we spoke to the director and actor in the Horrible History Barmy Britain show, Neal Foster and discussed not only the show’s new COVID-friendly format and all they’ve done to make the productions safe, but also learnt about how Neal became part of such a long-running franchise and began his journey into the world of Horrible Histories.

What can we expect from the upcoming production of Horrible Histories – Barmy Britain?

We were fortunate to perform our car park version of Barmy Britain throughout the country last year and can’t wait to be back in Newbury. The show is performed on a cleverly disguised lorry which forms the stage and the action also appears on a huge video screen, so everyone gets a clear view. The sound comes through your car radio so it’s crystal clear and it has the advantage that the kids can make as much noise as they want in your car without disturbing anyone else, so people can eat crisps, slurp from their cans of coke and chat away as they enjoy the show! 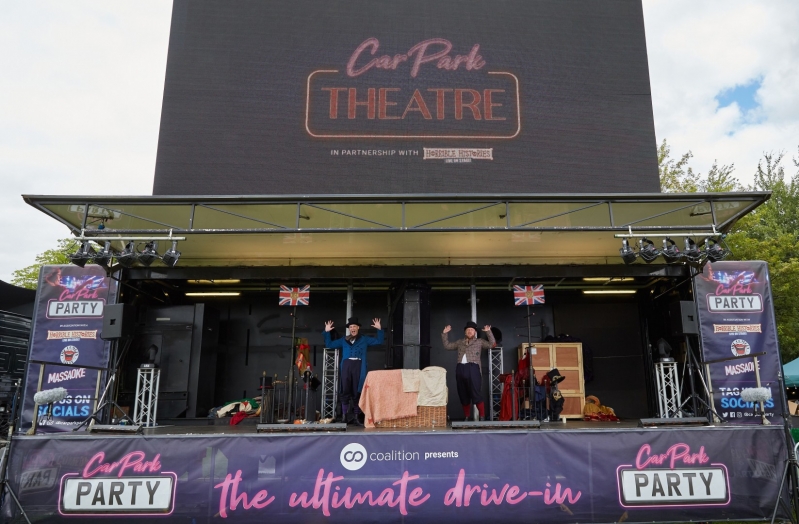 On which parts of British History have you focussed the 70 minutes?

The show is a compilation of our favourite scenes from the Barmy Britain shows, so it includes fabulous characters like Queen Boudicca taking on the Romans, King Henry VIII and his infamous marriage to Anne Boleyn, Guy Fawkes appearing on Who Wants to Blow Up Parliament and Dick Turpin in The Only Way is Essex. It’s huge fun!

Do you think this format of show will extend beyond the lifting of restrictions?

Car park theatre works amazingly well and I have been surprised by just how effectively it presents theatre. The response we’ve received from all our car park shows has been tremendous. However, the best place for theatre is within those wonderful buildings which were designed to create a magical atmosphere for actors and the audience, and we’ll enjoy returning inside when restrictions allow.

We all feel so lucky to be performing at a time when so many professionals are still unable to work. For the last twelve months, it’s been unusual to get together with a group of people just to have fun and rehearsing the show has given us the opportunity to enjoy practising what we love so much.

Having been running for such a long time, how do you think the world of Horrible Histories has changed?

The first book was published in 1993 and since then it has grown into the most extraordinary phenomenon of stage plays, a BBC TV series and a film. It’s wonderful to be part of something that is constantly expanding its reach to children around the world. 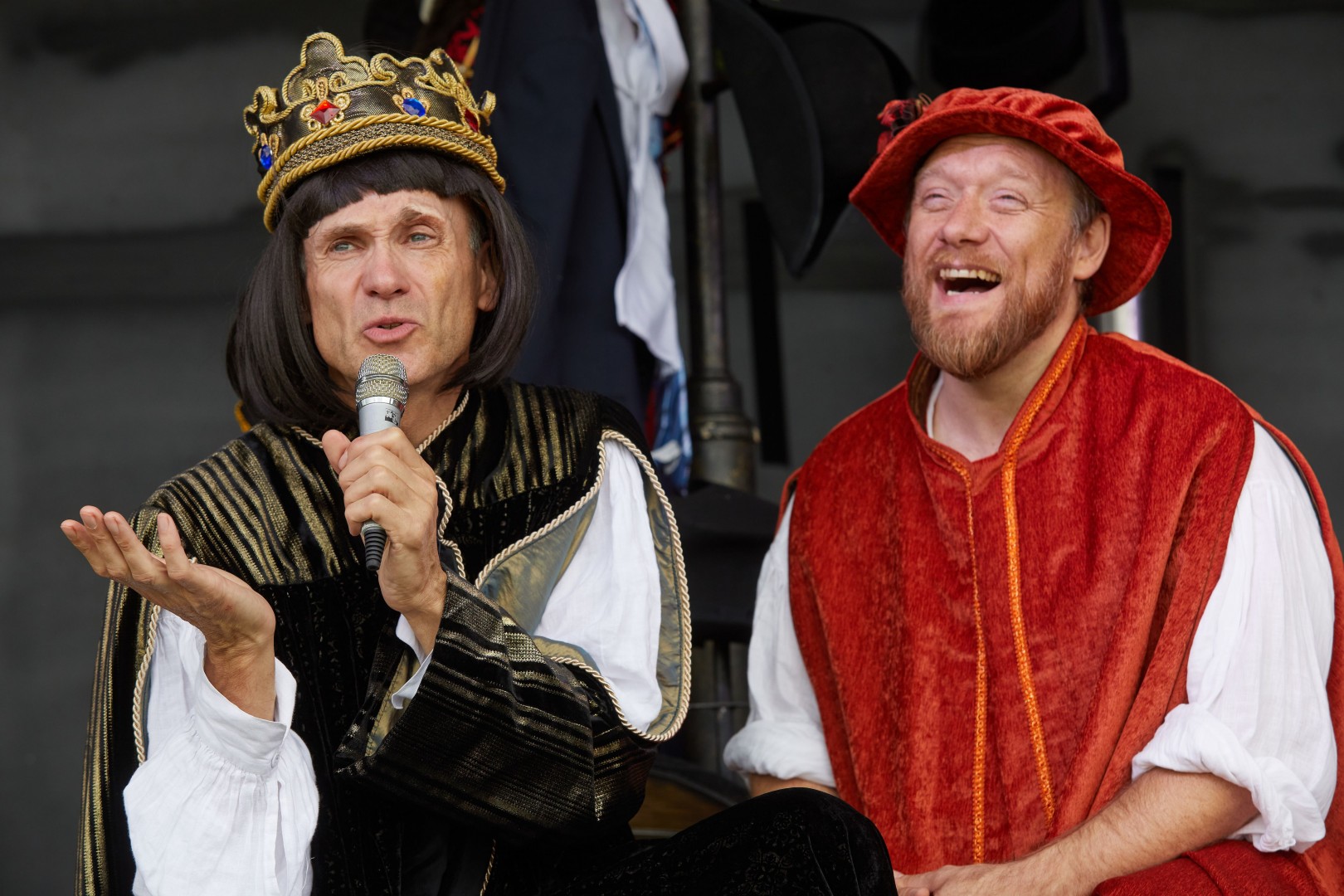 Where did your involvement in HH begin?

In 2004 I rang Terry Deary and asked if he would be interested in us creating a stage show of Terrible Tudors and the rest is horrible history! Since then, we’ve produced eighteen world premieres and had the longest-running children’s show in West End history. We’ve performed the shows across the country and around the world including Hong Kong, Singapore, New Zealand, Australia, Dubai and Abu Dhabi.

What do you think it is about Horrible Histories that appeals to such a wide audience?

Horrible History concentrates on the hilarious, disgusting, rude, silly and weird stories about people throughout the ages and it’s constantly upending the common misconceptions people have about how we lived and what we did in the past. We are often told by the adults that they find it even funnier than their children because it is so well designed to entertain the whole family.

Do you have a favourite moment of this production?

I always like dressing up as a Roman soldier – they had a cool outfit! – but my favourite character is William Burke, who with his friend William Hare murdered sixteen people in Edinburgh so they could sell the dead bodies to surgeons. It must have been fun while it lasted but they were thankfully caught after a year and after he was hanged, parts of Burke’s skin were made into gift boxes which occasionally still come up for sale! 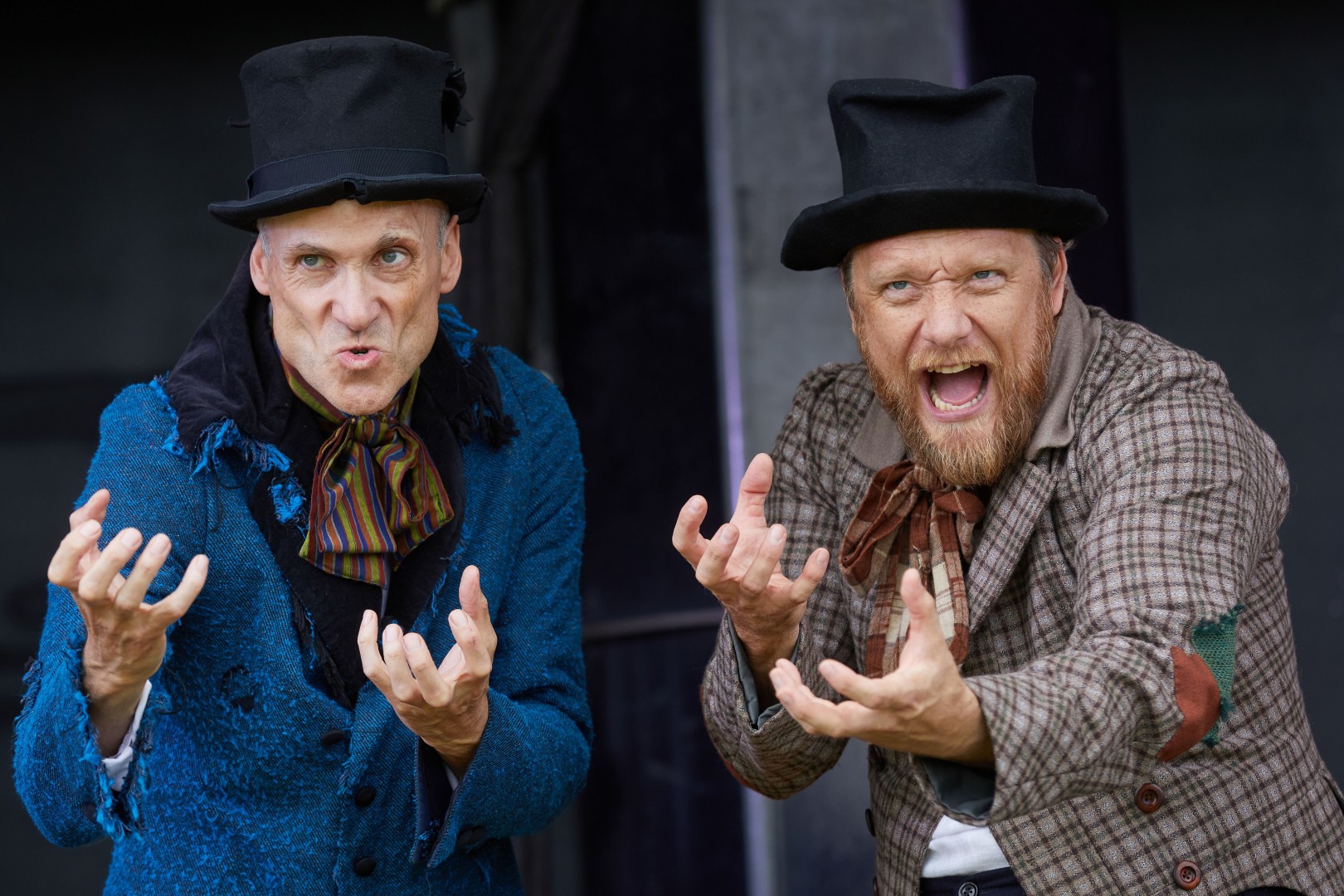 Where would you like to see the productions go next?

We’re actually in the process of creating a brand-new show for London that will be a unique presentation of the city and we’re really excited – so stay tuned!