Oxford Playhouse, with the support of Dementia Oxfordshire hosted its first dementia- friendly relaxed performance on 5 January 2022 for Robin Hood pantomime, benefiting people living with dementia and their carers around Oxfordshire as part of The Playhouse’s mission to make theatre accessible for all across Oxfordshire. The performance was also promoted by Age UK Oxfordshire and other Playhouse partners in the charity sector across the county.

The benefits of music and arts to people living with dementia are well documented. There was great feedback from those that attended the hugely entertaining performance of Robin Hood. Christine, who attended the performance with her mother Angela who is living with dementia, said “It was amazing. Mum doesn’t interact much, but at the Panto she laughed, joined in and clapped.”

Another audience member commented: “P has not stopped smiling since. I can honestly say the event was a great tonic for us both, a light in rather dark seas.”

Jane Probets, Dementia Oxfordshire Locality Manager, echoed the positive effects of the Panto, “It was amazing to watch clients engage with the pantomime, singing, dancing and (of course) booing appropriately. Their companions were amazed with the memories the performance evoked and the joyful and animated way that people living with dementia became involved with the story.” 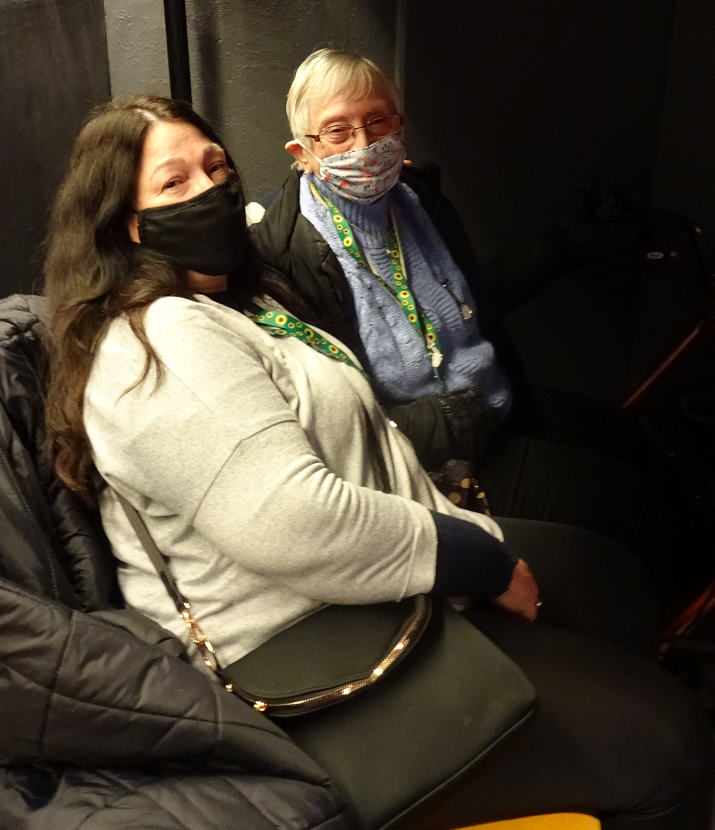 The Playhouse made adaptations to the performance in order that it was more suitable for people living with dementia. These included significantly reduced sound levels, lower volume of music when there was conversation, additional signage, dedicated ushers helping audience members; reduced flashing or very bright lights; and a quiet area within the theatre.. Dementia Oxfordshire Dementia Advisers were also available on the day providing additional support.

Beth Sedgwick, Participation and Community Officer at The Playhouse said “Oxford Playhouse is enormously proud of its first dementia-friendly Panto performance, and as a ‘Playhouse for Everyone’ we are committed to supporting people living with dementia and their carers from across Oxfordshire. We believe the joys of live theatre and the engagement and togetherness it can bring should be fully accessible for every age group - now more so than ever! We are really pleased with the feedback and encouragement we received and look forward to working with Dementia Oxfordshire in the future to enable new audiences to experience theatre and access The Playhouse.”

Following this year’s success, OP has committed to continuing to work with partners to make sure people living with dementia across Oxfordshire can benefit from live theatre. The Playhouse and Dementia Oxfordshire have already confirmed hosting another dementia-friendly pantomime performance next winter for Cinderella.

Tickets for the dementia friendly performance of Cinderella on Tuesday 3 January 2023 at 11am are available from the Box Office on 01865 305305 or to book online at www.oxfordplayhouse.com.

A dementia friendly performance is also confirmed for Rose Theatre, Alexandra Theatre and Oxford Playhouse’s co-production of Jane Austen’s Persuasion on 12 May 2022 at 2:30pm. Tickets are available to book now by calling the Box Office or booking online.

Local charity, Dementia Oxfordshire, are marking Dementia Action Week by hosting and attending events across the county. They are providing information and advice to people with a dementia diagnosis and their loved ones, encouraging local organisations and businesses to take dementia awareness training and urging individuals to visit the GP if they are concerned they may have dementia.

This week sees a new adaptation of Austen’s novel Persuasion coming to Oxford and it looks set to follow in the tradition of awesome updates of the author’s classic works.