Firefighters who have served Oxfordshire residents for a combined total of nearly 600 years have been honoured for their dedication. Oxfordshire County Council’s Fire and Rescue Service recognised the achievements of its staff and teams in two ceremonies at Blenheim Palace. Oxfordshire’s Vice Lord Lieutenant attended the prestigious event to present ‘Her Majesty, The Queen’s Long Service and Good Conduct’ medals to nine firefighters, all who have each provided 20 years’ service.

The Lord Lieutenant, Tim Stevenson OBE, also attended, and presented medals to eight firefighters. It was his last official duty as the Lord Lieutenant of Oxfordshire prior to his retirement, after 13 years’ service.

Richard Bowley, an Oxford resident, was presented with a certificate to recognise his 40 years’ service, initially as a firefighter; then following his retirement from operational duties, as a valued member of the service’s Incident Command Team, based at Slade Park Fire Station, Headington. 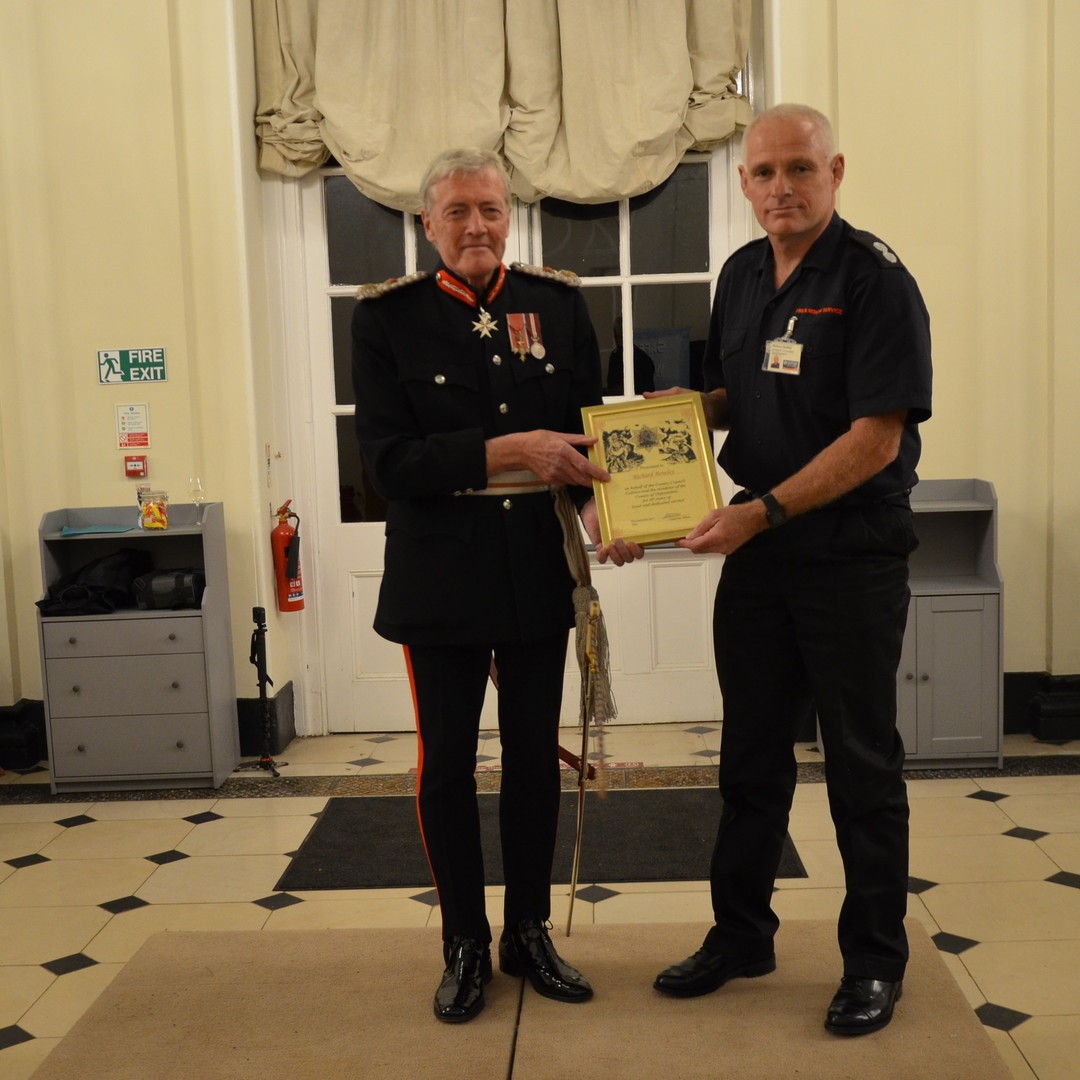 Rob MacDougall, Oxfordshire County Council’s Fire and Rescue Service’s Chief Fire Officer, said: “Having had to postpone last year’s ceremony because of the pandemic, I am absolutely delighted that we have now been able to mark and recognise these remarkable achievements. These awards reflect the service’s and public’s appreciation and gratitude for each dedicated fire officer’s devotion to duty.”

Special recognition went to 14 year old West Oxfordshire resident Max Ebeling, who received the Chief’s Commendation for 2021. In the early hours of 19 March 2021, Max was woken by a cracking and popping noise in the corner of his bedroom. On investigation, he discovered the fuse board below his bedroom next to the front door was on fire. 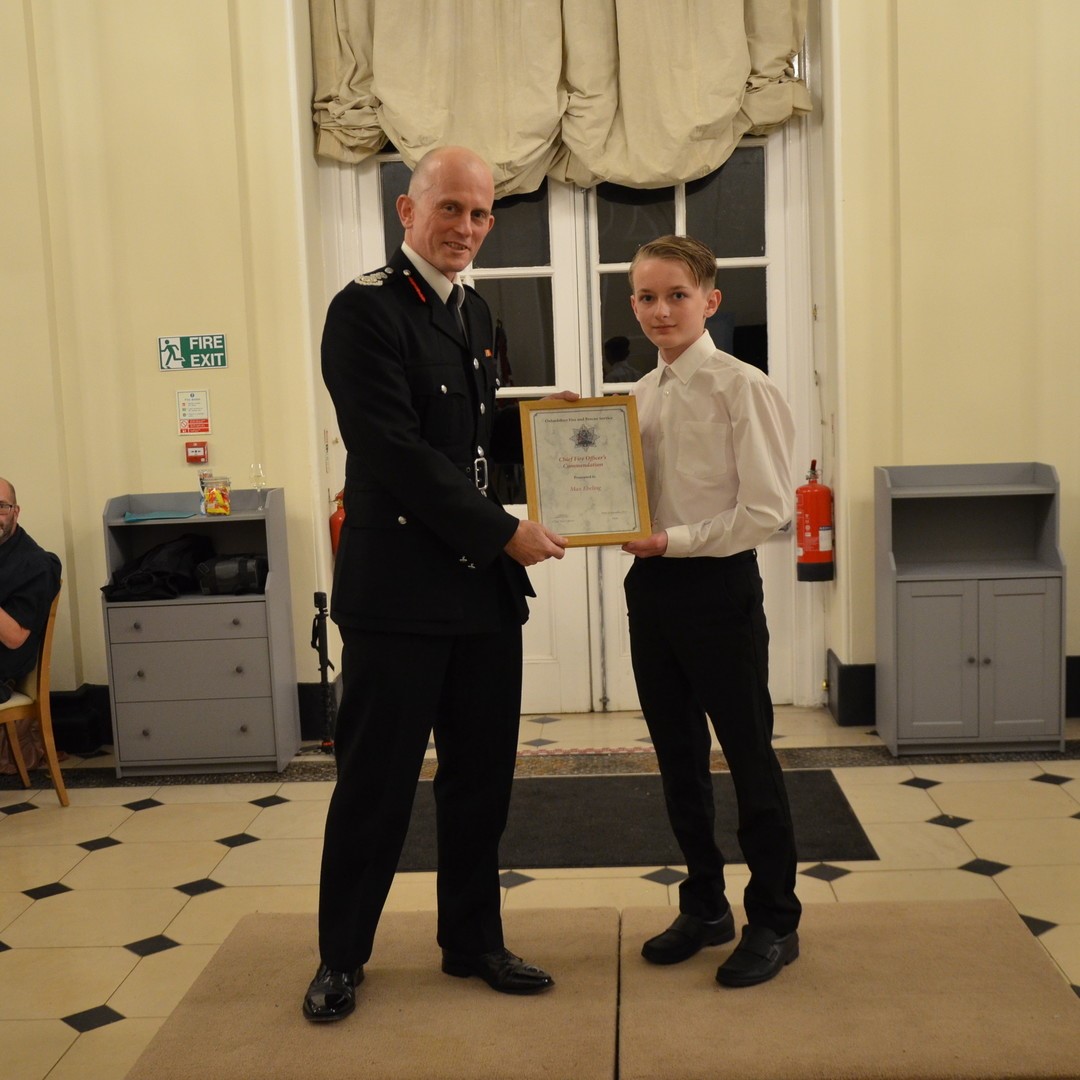 Max acted quickly and alerted his family to the unfolding situation. At this point the smoke detectors had not gone off due to the location of the fire, which was spreading in the ground floor ceiling void and adjacent to the front door. On reaching the first floor landing the smoke detectors sounded the alarm and the family quickly escaped down the stairs past the developing fire, through the back door of the property, where his father dialled 999.

Due to Max’s quick and calm actions, he gave the family valuable seconds to escape before the exit route became smoke logged and potentially impassable due to smoke and fire. Although the smoke detectors set off as designed, Max’s quick thinking resulted in a safer, faster exit from the property.

“This story highlights the importance of having working smoke alarms in your home and checking them regularly.”

Spoilt for choice this Christmas at the British Motor Museum!

Visitors to the British Motor Museum will be spoilt for choice this Christmas with a selection of Christmas events and gift ideas.