The King of Waltz

When we catch up with her, Kelly Convey is deep in cardboard boxes due to moving house in a fortnight. She’s also planning her wedding, gearing up for the London Marathon, supporting both Alan Carr and Russell Kane on tour, and preparing for her Edinburgh Fringe debut Telephone Voice. “It’s a bit manic,” the Chatham-born and raised stand-up says, but she’s got time to shed light on a few bits and pieces for our comedy issue, including working as a sommelier and going on Channel 4’s First Dates.

When she was a kid.

Looking back at the teenager I was, I don’t really recognise that troubled little chav. I always wonder what my parents must have been thinking; they must have at one point gone ‘oh my god, she’s either going to do a ten-year stretch or she’s going to have ten kids.’ I was a bit of a stoner, bit of a tomboy, bit of a show-off. I think I felt really old; I thought I was an adult and could do whatever I liked and realistically I was just a child. I was rebellious, I wanted a lot of attention and realised being naughty got a lot of it. I remember so vividly passing my GCSEs, opening the envelope and being absolutely astounded because I never had any belief I could do that. The attention I got from that was a lot more rewarding than when I was naughty. Before that I had no intention of doing my A-levels whatsoever, and it all changed in a moment. I did the A-levels, the uni, the jobs; a small bit of belief in yourself can go a long way.

Straight out of uni I got an interview with Fox. I started out as a PA and worked my way up to Global Acquisitions Executive – I used to watch pilots and buy TV shows. My team were sort of spearheading the launch of The Walking Dead and American Horror Story. They were our first co-commissions with big production houses. At the time it’s just work but when I look back it’s quite incredible. Breaking Bad was quite a funny one, we were the channel – we were FX at the time – that actually brought Breaking Bad to the UK for the first time; by episode three our ratings were 0 so we had to drop it. Then Channel 5 bought it as a secondary and had to pull it because no one watched. About five years later they put it on Netflix and it just blew up. Everyone was like ‘oh my god, have you seen Breaking Bad?’ I was like ‘yeah… ages ago… we all nearly got fired for that.’

I was in the TV industry for about seven years and then applied for one of those online competitions to travel the UK for a year with Expedia and actually won it. So I left that job and went to 52 different places with my dog Nelson. I got to the end of that year and saw a job in the wine industry; what they wanted was a novice to learn about wine and regurgitate the information in layman’s terms to try and humanise the industry. I remember this one woman, very well respected, I had no idea who she was. We were at this tasting in a posh place near St James’s Park, everyone’s talking about the wine and I’m trying to pretend I know what I’m doing. This woman came up to me: ‘Excuse me, are you wearing perfume?’ I thought she was paying me a compliment; I was like ‘yeah, thanks, it’s actually Gucci.’ She was like ‘how am I meant to smell my Chablis if all I can smell is your musk?’ Apparently it’s a big no-no, you don’t wear perfume to tastings because it interferes with the nose. As much as I want to take the piss out of them, these people are so skilled that they can tell what a wine is from the smell of it; what region it’s from and even what year it’s from. But the crap they come out with… ‘Yeah, I’m getting rotten leaves on a winter’s morning.’ I’m like ‘okay, I’m getting wine.’ It’s a really strange, very cliquey, very high-brow industry. They all have really bad teeth because they’re always swilling the wine and they can spittoon from three metres away. This is why I became a borderline alcoholic because I’m standing there going ‘why are you spitting this £600 wine out? Even if it is 10 o’clock in the morning, drink the wine.’ I was going round these tastings basically doing shots all day and they’re spitting – I just couldn’t, it’s sacrilege.

About five months into doing that, I did my first stand-up gig which I loved – I realised it was what I wanted to do. About a month later I got fired from that wine job – they had sent me to this big conference and I got paralytic – which was horrible at the time but actually the best thing that had ever happened to me. Luckily, they kind of paid me off for a couple of months and I used that money to gig every night of the week. Within six months I was doing all the finals of the big competitions. The agents saw me and within a year I got signed.

I went on because I really was looking for a relationship and also really love the programme. I applied to it so many times and never heard anything back, and then as soon as I changed my job title to comedian they got me on quite quickly. I went looking to find love and unfortunately the guy was a bit of a douche and so I didn’t. But I got good material out of it. I’m not going to be crying about it, and now I’m engaged and very happy – when the episode came out I actually watched it with my now-partner. If I saw the dude again there’d be no hard feelings – they edit it to make it look so much worse than what it was. Poor bloke. 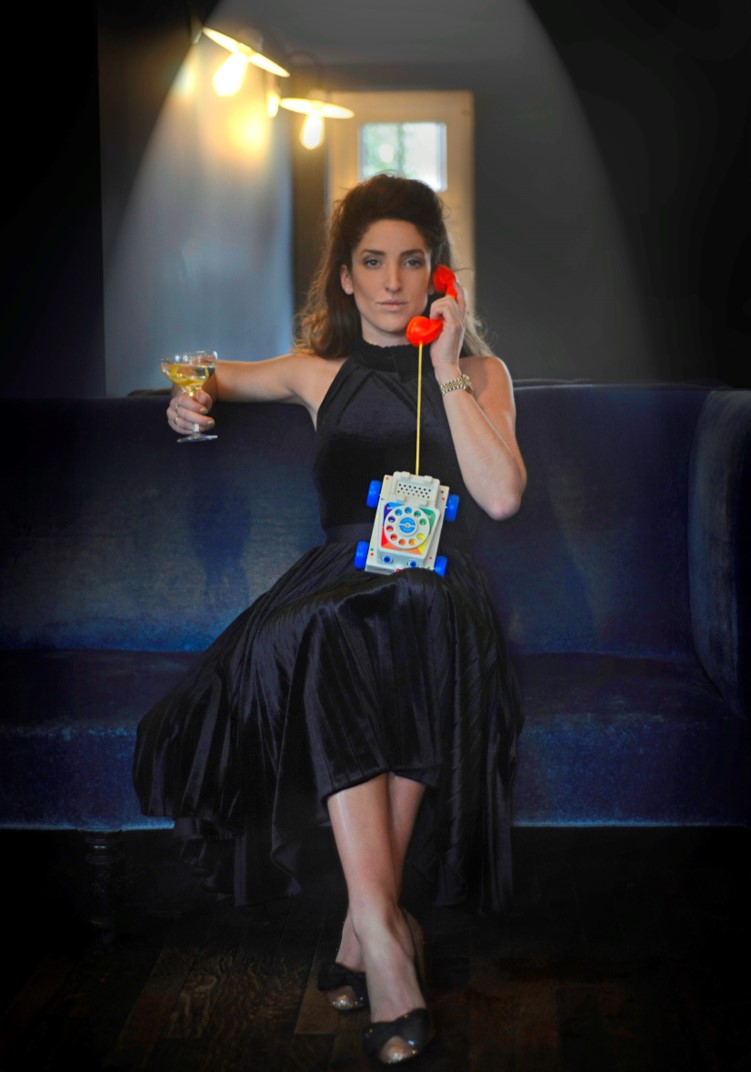 A lot of people discuss being working-class as a hindrance, some sort of Dickensian Oliver Twist existence. But I’m very proud to be from where I am, I think being working-class is the reason I’m so good at what I do. That’s not how I’ve always felt. I was a chav growing up, a proper Chatham girl (chav officially originated from Chatham, I started the movement). Then I passed my GCSEs, went to university, moved to London and started to assume that being from Chatham wasn’t as cool as I thought. I would speak a bit differently and if people asked me where I was from I would always say I was London-born and raised. Then throughout my career, all the jobs I had before comedy, if I walked into a meeting I would put on a voice because I felt people would respect me more. It was only when I started doing comedy that I started talking in my natural voice again and realised I’d been putting this voice on – I was doing it subconsciously. Most of my jokes are about coming from Chatham, it’s not something I’m ashamed of, and since discovering and accepting that I just feel peaceful, happy and comfortable in my own skin. If I go into a posh restaurant I feel qualified to be there regardless of where I’m from or how I speak. So Telephone Voice is a celebration of being working-class, of being from Chatham.