Everyone’s favourite 90s boybands, Westlife and Boyzone, joined forces in 2016 to form Boyzlife; a nostalgic celebration and revival of those much-loved sounds. Since then, members Brian McFadden and Keith Duffy have toured across the UK together. We spoke with Keith to talk about the upcoming album and learned how he maintains his wellbeing while touring.

Can you tell us about your upcoming tour, Old School?

We’ve been touring since last September and our next tour, Old School, is on sale this September. The reason behind the name is because our debut original album – which we have just finished recording – was inspired by sounds of the 80s and 90s. We really feel that we've cracked it. 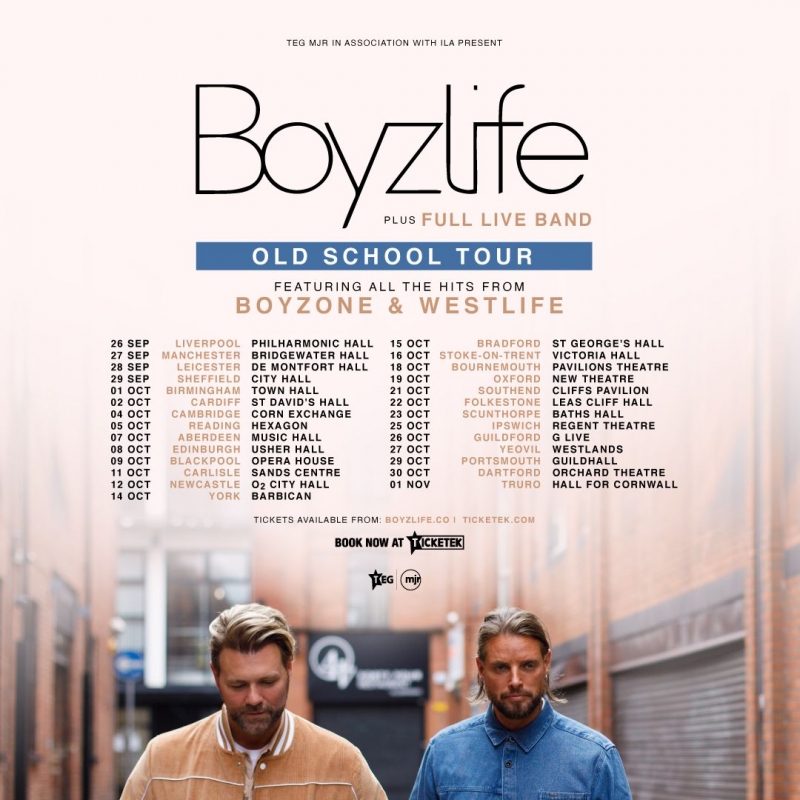 You’ve just finished one tour and you’re going on another one towards the end of the year – do you enjoy it?

Do you know what? I do. It’s not always easy but at the same time, it’s what I’ve been doing since I was 18 years of age. I hate to tell you, but I'm three decades older now – I'm going to be 48 this year. It’s creating new memories and it keeps you young. Getting the opportunity to do what we love to a sold-out audience across the UK is great.

Has the process of music-making, and touring changed  massively for you?

Boyzone dominated audiences and ticket sales – up to 20,000 people a night – but Brian and I now do all the theatres around the country, which range from around 1,100 to 5,000. The venues are a lot smaller but it’s a lovely vibe. You get to see the whites of people’s eyes. There’s an old saying that goes, ‘The stadiums are for the bands, and the arenas are for the fans’. You don't have to look at a big screen to see who's on stage, you can actually look to the stage and see it with your own eyes; there’s something special about that.

Strings Attached was an  amalgamation of music from both bands. Was it a lot of pressure, then, to create this new sound for the first time?

Before we started to try and define Boyzlife’s sound, we needed to be able to show a bit of respect; some homage to the respective bands that we came from. Recording our favourite Boyzone and Westlife songs with the Royal Harmonic Orchestra was a very special thing to do. Once that was done, we had to try to work out the sound of Boyzlife, and I'm delighted to say we found it. It’s an album that I'm very proud of. In Boyzone, I was a little bit more suppressed and very much in the background. With Boyzlife, I’ve had the opportunity to stand up front and share the lead vocals with Brian. The writing of these songs has been a great experience; going into the studio every day and sitting down with a blank canvas to create a new sound that I genuinely love has been amazing.

It’s a completely different process. As I said, I kind of felt suppressed in Boyzone, so I suppose you become a little bit insecure and self-aware. During the whole process with Brian, he's complimented me to the point where I have confidence again, and I’m not afraid to voice my opinions and get involved in the songs. I feel very much more in control and part of the music, which is honestly a breath of fresh air. 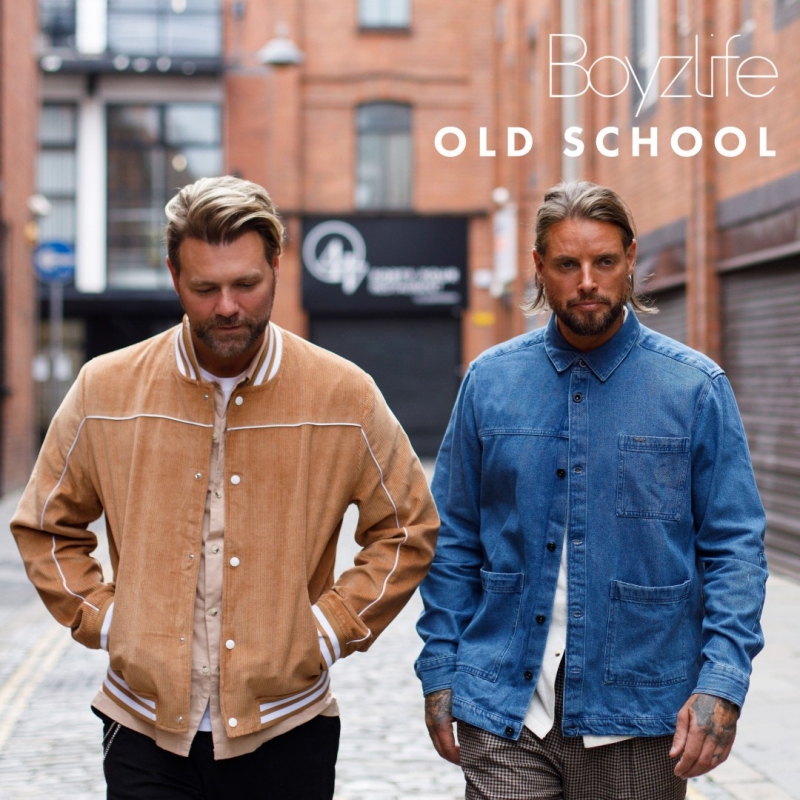 How did the Boyzlife collaboration come about?

We’ve been friends for a very long time, and I’ve known [Brian] for over 20 years. When we got together six years ago, it wasn’t with the intention of creating new music, the decision to work together was based on an autobiographical show. You get all these publishing companies getting in contact with your agent or manager and asking if you would like to write a book about your experiences and your career – that didn't really appeal to me, to be honest. Some of the stories I had to tell were quite amazing but probably only if I get to tell you myself; if you’re reading it out of a book I don't know if that magic would still be there. That’s why the idea of doing an autobiographical show instead of writing a book appealed to me a lot more. That’s how we started and from there, we decided to record our own music and find our own sound and the rest is history.

How have you found the response to The One, your debut track?

I think radio back in the 90s was very important and still is to this day in getting your music out there. It’s crucial then, that they play your music or else it’s difficult to reach the masses. We were really fortunate in the 90s that radio picked up our music, but with Boyzlife it hasn't been as seamless – it takes somebody in radio to take a chance and play these new songs, but it hasn't taken to us as much as we would have loved. It’s certainly not a disaster – we are getting played – but it couldn't hurt to get more airtime. We do believe that we have created a great sound that I would have loved to hear when I was 16 or 17. A lot of the music for teenagers today doesn’t have the messages in the songs that we have: the love, the romance. If it were to get out there the way we want, I really believe people would fall in love with it.

What do you think is the main way the music industry has changed?

The music business has changed completely; back in the 90s, there was no streaming, no Apple Music, and no Spotify. Back then, you would go into HMV and there was a machine called the Gallop machine which dictated the charts for that week based upon the biggest-selling hard copy sales of an album. It was honest and true, but now you have radio charts and Spotify charts – there are so many different ones that no single one that stands out at all, which is a shame. We were very fortunate to be number one quite a few times and to have a UK number one back in the 90s was a lot different to what it means now.

You've been working really hard recently, how do you hit the balance to avoid burnout and maintain self-care?

Back in the 90s, we were given certain amounts of time in our diaries to fill with promo and gigs – we just had no choice but to turn up and be run ragged. You wouldn't have time to go to the gym, to eat healthily or to maintain your mental health – you were treated like a product. What Brian and I do now is very much on our own schedule; we make time. We will decide what time we’re going to give to press and PR; we decide how many shows we are going to do in a row before we have a day off; and we will book gigs which we know are close enough to fantastic golf courses. Covid was a great lesson learnt. I know it was a horrendous time for a lot of people, I lost my father to Covid a few weeks ago, he was my worst critic and yet my best advocate, so I miss him a lot. So, I didn’t escape Covid but the silver lining was that I was made to stay at home with my family for almost two years which was time I never would have given myself. I didn’t think we could get closer because we were already a close-knit family, but we did and that has been a remarkable experience. I had my children quite early and now they've become my best friends. I don't want business to ever get in the way of that.

What are you listening to right now?

My kids are very much in tune with what’s popular at the moment, so that bleeds into what I listen to. I also love my music of old, so I go through stages where I like a bit of dance or garage and then phases where I like the ballads from the 80s, the likes of Bon Jovi, Poison, and Bryan Adams. U2 was my favourite band growing up and I still listen to them. Music has a great ability of transporting you back to a memory before bills, kids, and stress. It takes you back to a place where you were free and living – that’s what I love about music.