“And finally, believe it or not I am getting ready to celebrate 50 years in the music business, and I’m still standing. ”

Oxford University students take on the highest peak in Africa

Where am I reaching you from?

I’m in LA, so I'm eight hours behind you.

Have you got a busy day lined up?

I’ve been very busy the past year even through been the in pandemic. Busy mainly promoting my new music which launched on my birthday (June 21st).

How was the release of the new single – did it run smoothly?

It’s still going! It’s non-stop every day. We’re our own company so there’s so much to do every day just to keep up with it. It has just launched in the official dance charts so it’s doing pretty well – that’s all I could hope for.

How has COVID treated you in general?

For me, things didn't really change much because what I do is very isolating anyway. I’m a songwriter so I work on and create my own music. In these 16 months I wrote over 70 songs, and it was the best way that I found to cope with what was going on out in the crazy world, just to be creative and focus on something that wasn't that. The reward was that I got lots of songs – enough to be selective and pick the best ones which represented what I wanted to say as an artist.

It’s nice you were still able to lift peoples spirts in the circumstance with the Angels cover. Can you talk a bit about your involvement in that?

It happened out of the blue. A guy that I had never met before named Ian Grant contacted me and asked if I wanted to be part of this charity which was for a great cause to his friend Steve Brown who had started it. It’s called Angels of the Nation and works to give comfort to the grieving families of NHS workers who lost their lives working on the front-line helping others. Unfortunately, Steve Brown unexpectedly passed away so Ian and some of his friends decided to continue with the charity in his legacy and do something to help. They contacted me and asked me to be one of the artists involved and I said absolutely. He sent me the track of Angels which is a great song – I’ve never performed it before but of course I was familiar with Robbie Williams. I learnt it, we all recorded our parts in our own environments and sent them to Paul Mitchel who mixed it and created the video, and there we have it. 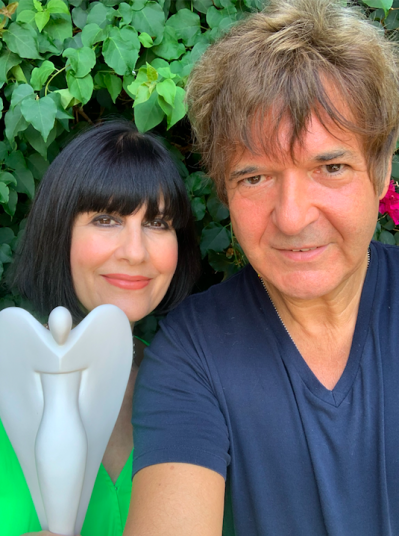 You have worked with some huge names over the years do you have a favourite collaboration?

I loved working with Eric Clapton because it was basically all my friends and I. I was living in Oklahoma at the time and Eric’s base player Carl discovered us playing in this band in Tulsa so, as Eric was looking for a new band Carl suggested he came and checked us out. Eric came to Tulsa and wanted to hire us all but I had already committed to working with Leon Russell which was a dream of mine because he was such an amazing songwriter and musician, so I did that and then I joined my friends. It was one of the most amazing times in my life – I was in his band again twice when we did Live Aid in 1985. Working with Elton John in his duets for one album was also amazing.

Touching on your early career, it came at quite a young age for you, do you think that made it easier or harder to adapt into this lifestyle?

I think it was the perfect time for me. I had always been involved in music from the time I was a child. I can remember being four or five years old singing at school – it was second nature to me, I was drawn to it and I was always involved in school shows and performances. I also loved art and fashion but I just felt that music was more immediately gratifying to me, so I made up my mind. I remember looking up to the sky and saying, “This is what I'm going to do for the rest of my life.” I kind of just made a focused decision and I put my name in a radio ad at this cool radio station saying, ‘girl singer looking for blues band’ and I just kept going.

It’s crazy how looking back, you can pinpoint the moment that it started.

It was unfortunately due to sad circumstances, but music has always been my friend. Whenever I felt bad or whenever things were not going well – I had my music to turn to. If I felt bad, I would pick up my guitar and just sit in my room and just play, I would always feel better after. I was going through a tough emotional time I had an abusive boyfriend who actually tried to kill me. That’s when I made the decision that music is so important to me and it comforts me so much that I want to do it for the rest of my life. It felt easy to me and came very naturally. No one really warned me that you can't be a sensitive person yet you have to be a sensitive person; you have to have tough skin to be able to endure the music business. It’s not for the faint hearted and unfortunately, I'm that kind of person, but at the same time that’s what gives me the ability to write and capture my feelings.

Who were your early inspirations in music?

If anyone it was my father. We always used to have music going on in the house – the radio was always on, my parents loved modern music as well as classical. My first instrument was the violin so my father used to take me to see concert violinist and orchestras. It really drew me in. and He also had a ukulele and he would play mostly country songs, screaming at the top of his lungs. He then bought me an electric guitar and an amp when I was 11 years old. Yes, he was very encouraging and we would sing together around the house so I would say he was a really big part of all of that. I only found out much later that my great grandfather was a concert violinist I don't know why they never told me that earlier it was kind of ironic that I choose that instrument. 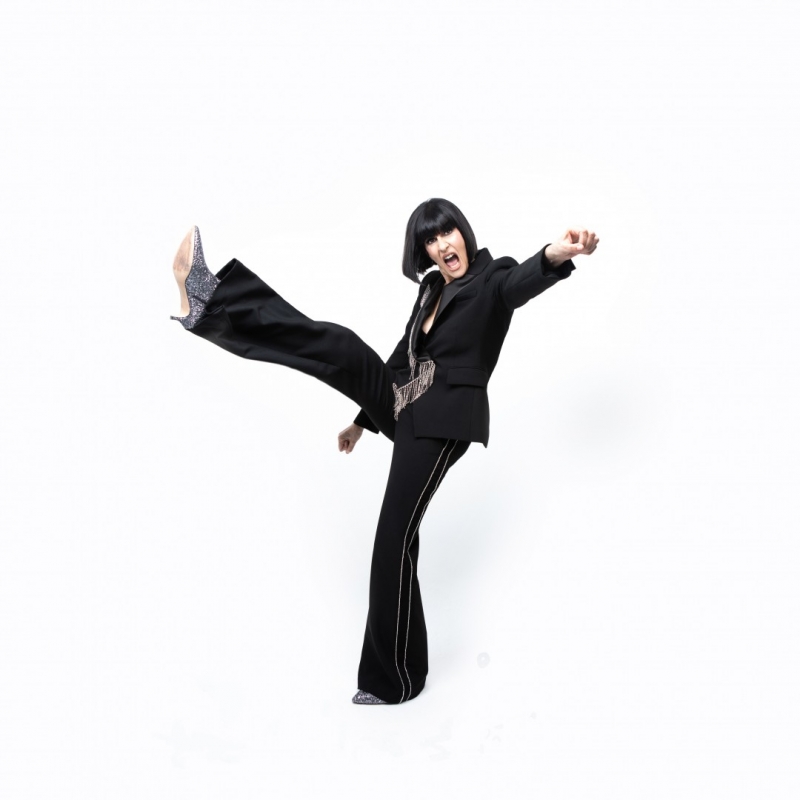 What are you reading, watching or listening to at the moment?

Proof reading songs is normally what I'm reading. In the last few months I have been so busy creating that I really haven't had an opportunity to read but I do love getting lost in a good book. I’ve been watching this hysterical TV series called Friday Night Dinner – have you heard of it?

Yeah, it’s quite big over here

Oh my God it is so funny! The whole interaction and relationship between the family. We had never heard of it, but my accountant told me to watch it because we love British shows, especially British cop shows. My husband is British, and I think maybe after 30 years of being together I just about get his humour. Line Of Duty I have to say was a favourite and then there are some American shows like Handmaids Tail, The Great about Catherine the Great – that was fantastic.

I have a new single called Vicious B*tch – it’s about Mother Nature and how sometimes she can be so wonderful and then she'll throw in a pandemic. I wrote all these songs during the pandemic like I said, so that’s my first single which is out now on my website and all digital platforms. I also have another single coming out next month which is all part of an album that I will launch in September and that’s call Gold. And finally, believe it or not I am getting ready to celebrate 50 years in the music business, and I’m still standing.