Staying on the Rollercoaster

“I'm an addict, there's no way out. It would be like jumping off the side of a moving rollercoaster anyway; the rollercoaster's going to rattle on whether I think I'm ON it OR NOT, AND jumping off would be painful AND worse THAN staying ON it.”

Marcus Brigstocke sits opposite me in a Pleasance Courtyard café. From here it’s a 20-second walk to Pleasance Beyond – the venue of his 2018 Edinburgh Fringe offering, Devil May Care.

He’s a few shows down and I ask how it’s going so far. “It's good, man,” the satirical comic says. “It's really good now it's bedded in.” He first started playing the festival in 1996, and while he hasn’t done so every year since then, “This is basically Fringe 22 for me.” Notwithstanding this, relocating to Edinburgh for a month still takes some getting used to. “I'm not just staying somewhere for a bit while I do some shows, I'm living here for a month.” The first Devil May Care gig of the run “suffered for that upheaval”, those that have followed “have all been great”.

This is the first time he’s done stand-up as a character, namely Lucifer, having taken to the stage for 20 years as himself. Why such a switch and why now? “The now is precisely why. I don't really want to talk about actual or social politics from my own point of view at the moment. I'm too upset, too angry about how divided and fractious this country is becoming.” There are people out on the streets making Nazi salutes, he points out. There’s been a rise in attacks on British people (“I don't even want to identify them as anything other than British people”) carried out by those who are “not even on the right – they’re just idiots”. He calls Brexit “a horrible lightning rod” that’s left everyone unhappy – “Leavers are desperately unhappy that they haven't been handed the Narnia they were promised; Remainers like me are desperately unhappy because what we see is something we valued slipping, or even being torn, away from us. I think this government are the worst of my entire lifetime,” he continues, “I think this opposition are lamentable.”

So he’s taking himself out of the picture, a move also spurred by his being “yet another straight, white, posh, middle class male” of which he says there are enough. He mused over how to change things up a little, arriving at the idea of addressing morality “from the point of view of someone who is at the moral extreme”. The specific Satan he’s embodying is that of Milton’s version, “not the Devil you and I might think of first – wicked, fork-carrying, coaxing man into sin”. This one is “self-pitying, arrogant, slighted by God, jealous of mankind, and that's why God flung him out. As a character he's very interesting. Plus it's a great costume – we'll see whether I regret gluing horns to my face and painting my entire head red.” I don’t reckon he will. “Mate,” he says, “it takes 40 minutes to wash it off.” I suggest he just leave it all on, to be told he has driven home from preview shows in full Devil getup – a surprise for those pulling up alongside him.

Devil May Care (which I can say is funny despite fairly serious themes) is about how we differentiate between a bad person and a good person who occasionally does bad things. “There's no doubt,” its creator states, “that you're making the world worse by shopping at Amazon, drinking from Starbucks, using Google, driving a car, eating meat – whatever you want to do. They're all sins, all of them. So Satan's position is: ‘Because you – human beings – have decided these are all sins, you go to Hell for all of them, and Hell's full, so you guys need to dial it down. Stop beating yourself up over the little things you do every day – if you choose to shop at Amazon, just roll with it. Sin was always about you and what you decided it was, even back in the days when morality was handed down by the few people who could write and claimed they'd spoken directly to God.”

The show also discusses the separation of people from their sins. “It’s easy to let go of Gary Glitter,” he says. “His music was shit.” It’s harder with someone like John Lennon, however, even though he “beat the living daylights out of his first wife”, because he was a great songwriter. Then there’s Louis CK, Morrissey (“turns out to be a f*cking fascist”), the films of Harvey Weinstein and Kevin Spacey. “It's been hard to let go of some of those people, but what do you do? At what point are you going to start separating the person from the act or the art? Picasso was a prick, Van Gough was a prick, Ray Charles, Johnny Cash – everybody's done something.” His Lucifer tells audiences to make actual choices regarding who warrants a seat in Hell. Everyone’s interpretation is different, he says, and there’s no right or wrong answer. “I think we can conclude that actions you take that hurt other people are sinful, they're wrong, but loads of the shit we do hurts other people.” He references the item he’s been drinking coffee from, “Where is this paper cup going?” I admit to not knowing. “Exactly.”

For everything said so far, our meeting is far from devoid of buoyancy. “More people live in greater prosperity than ever before,” he says. “More people live outside of abject poverty, fewer people die in childbirth, fewer people die of preventable disease. By all of those metrics, the world is better than it's ever been and we shouldn't forget that. We also shouldn't forget people doing Nazi salutes in the street – you have to balance it out.” We may occasionally feel his ire via Twitter, and the insanity of Trump as President continues to drive him mad. But he does yoga, meditates, and writes a gratitude list every day. “I run through a gratitude list just before I go onstage every night, which always includes every single person who's come out to see a show – any show, mine or someone else's, it doesn’t matter.” That people opt to connect to one another through listening to stories, he says, is a wonderful thing. “We're so addicted to stories, we even tell them to ourselves in our sleep. I don't end up feeling depressed or bleak,” he tells me. “Angry? Certainly. Sad? Sometimes.”

Could he ever just stop watching the news? “Can't look away, man, can't look away. I've tried, it's not possible. I am so far in, I'm an addict, there's no way out. It would be like jumping off the side of a moving rollercoaster anyway; the rollercoaster's going to rattle on whether I think I'm on it or not, and jumping off would be painful and worse than staying on it – I'll keep riding it out.”

Marcus Brigstocke will be touring "Devil May Care" until December 2018 tour dates here. 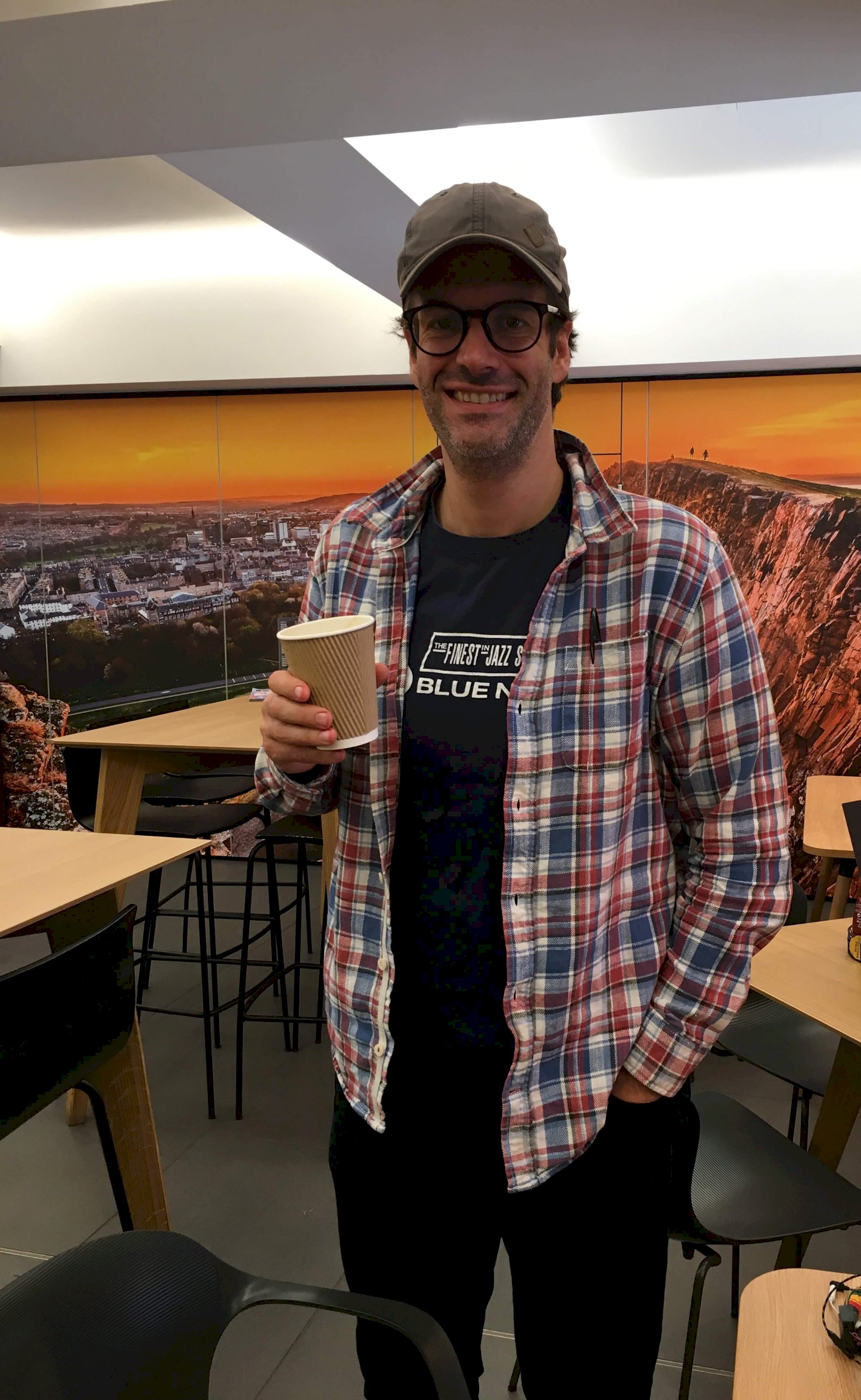