“With a designer, you can get more for your money”

Conservation on the River Thame

Tony and Yolande Wyer’s (wyerarchitecture.co.uk) five-sided garden studio has been what the architects describe as “a godsend” during lockdown. It houses a small toilet, sinks, storage, worktops, plus various pieces of furniture and computers to run a small art studio and office. Yolande, a painter and Sunningwell School of Art student, calls it “a very outside-inside space. You pull back the doors and you’re painting in the garden. You don’t feel you’re in a little shed or tiny study, but you’ve still got the closure and all your equipment immediately behind you.” The studio (also used for Pilates and as a greenhouse) gives them space from each other too, she adds. “It’s also good for your wellbeing because it’s got nice views, straight onto our garden and then the field behind.” 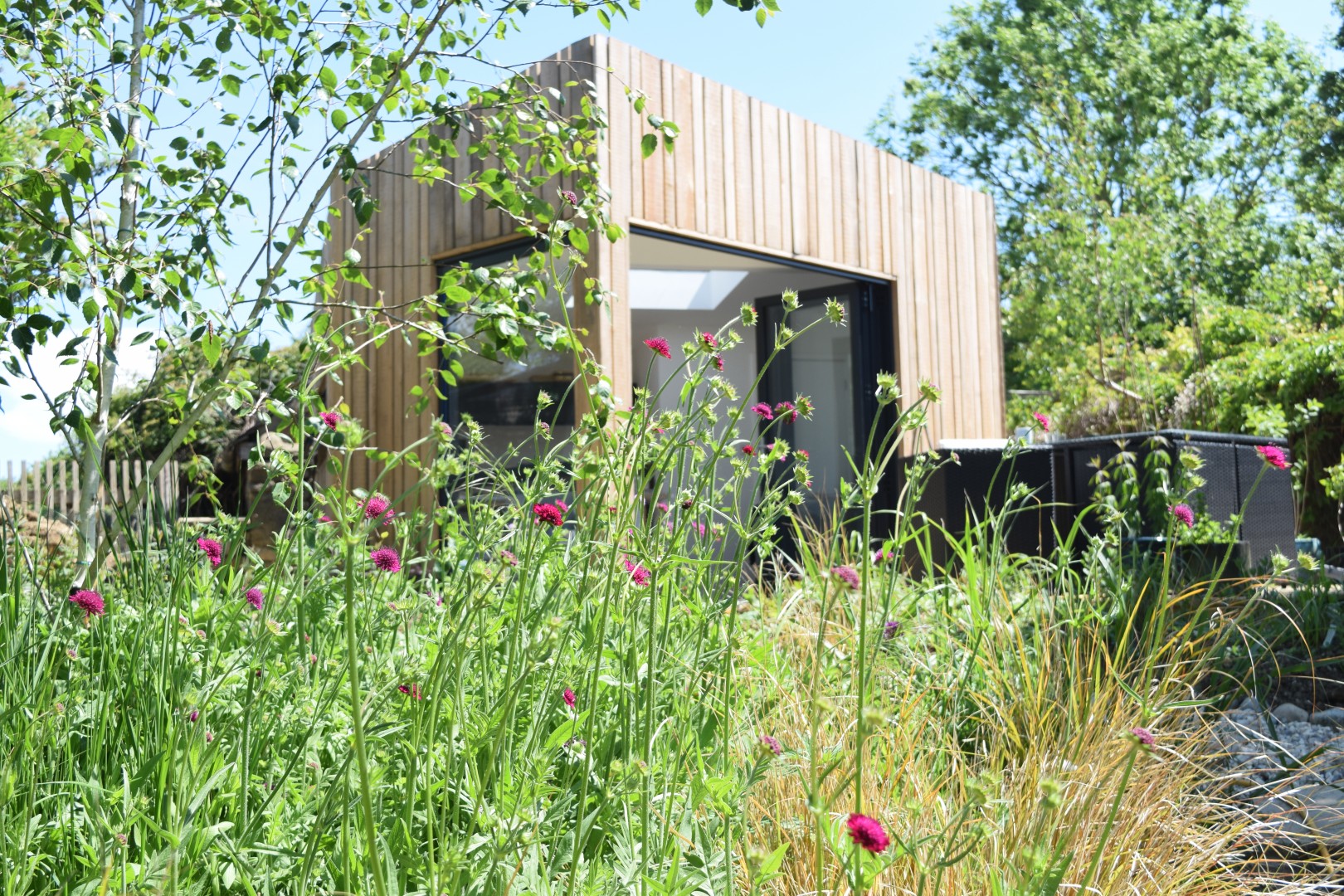 A builder completed the project in his downtime between other jobs, Tony tells us from their Garsington home, beginning last year in late July and finishing just before lockdown. A team of three working solidly on the construction, says Yolande, would take 12-16 weeks. Tony’s research into “off the peg” studios has revealed costs of £1,500 per square metre, whereas their bespoke structure (with drainage, ample electrics and internet) works out at £1,300 per square metre. “Our design costs were obviously negligible,” he points out, “because we’re architects.”

What should people without architectural prowess do though, if they want something like this for their outdoor space? “The simple answer is hire an architect,” he says. A designer could be key in the “crucial” element of orientation, whether that’s to a particular view or where there’s best exposure to the sun. They know of somebody who purchased an off the shelf studio for £13,000, with “no insolation, no electrics, no running water, nothing. With a designer, you can get a lot more for your money.”