“Ricocheting between different times and perspectives, each new voice reveals motives yet conceals the whole truth of what has happened in this Southern state”

This is not meant to be a single book-review column. Normally I try to choose a theme, or at least something vaguely seasonal. When I first started, I was told, ‘We do not want a what I read on my holidays-style piece.’ But sometimes a book is so special it requires a full piece all to itself.

I started to see a very plain proof floating around Twitter. Plain matte teal, and ‘The Lost Giant of American Literature’ on the back in block capitals. It was compared to ‘Stoner’, the 2003 reissue of a 1965 novel that had fallen out of print and into obscurity. It came along with a bizarre hashtag, #BangtheDrum, and the new publishers, Quercus, had given their entire staff a day off to read this novel.

After getting my hands on a copy, ‘A Different Drummer’ (William Melvin Kelley) turned out to be more than worth the hype. I know that timely is (a) a bizarre choice of word for a book first published in 1962, and (b) a bit of a book-review cliché, but it feels shockingly, brazenly relevant. Set in a fictional town in the Southern states of America, Tucker Caliban, a young black man, salts his farm, kills his livestock, and all of the state’s black inhabitants leave the borders. Revolving through the perspectives of various (white) inhabitants of the town, Kelley takes a mythical, almost supernatural occurrence and weaves it into a subtle analysis of tolerance, hatred, and small-community relationships.

Ricocheting between different times and perspectives, each new voice reveals motives yet conceals the whole truth of what has happened in this Southern state. Caustically funny, ‘A Different Drummer’ describes inequality, power, and justice with a discomfiting light touch. Kelley does not create heroes in his myths. There are flawed black characters, anti-Semitic and influenced by Nazi doctrine, and the more sympathetic of the white townspeople can be cowardly, refusing to change the status quo.

In terms of relevance, I don’t want to drag the particularly grim political reality into this column, but the question of what happens if people who are more likely to take on low-paying jobs suddenly leave is an interesting one on this side of the Atlantic, and… well… as for the States, I’m sure that you can extrapolate.

The fact that ‘A Different Drummer’ comes together as an impossibly tight, nuanced, compelling novel and is only just being reissued is astounding, and you get the feeling you may have stumbled on ‘To Kill a Mockingbird’ for the first time, in a charity shop, if no-one had ever heard of it. 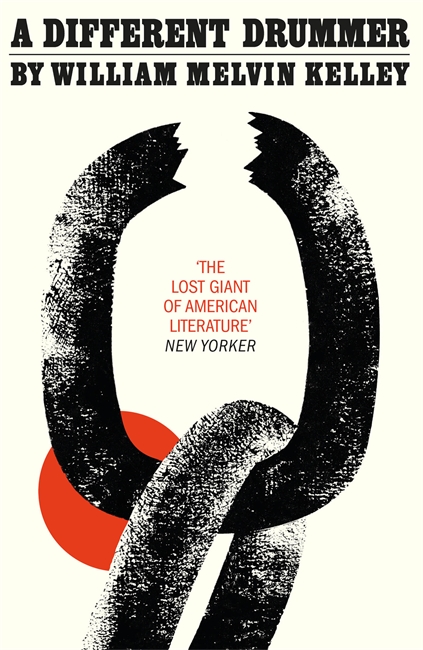