Following its highly acclaimed inaugural season in York last year, Europe’s first ever pop up Shakespearean theatre arrives at Blenheim Palace for summer 2019. Four of Shakespeare’s most popular plays will transport audiences to the intimate atmosphere of an Elizabethan playhouse, with plenty of breathtaking, spine-tingling and heart-stopping moments. The theatre – set in a village complete with wine, beer and entertainment wagon – will be built using 30,000 cubic metres of scaffolding tubes and 1,400 square metres of metal cladding appropriately in the colour ‘Hamlet’. Weighing about 60 tons, it will take 60 45-ft trucks to deliver all the items required to the site. We caught up with Shakespeare’s Rose Theatre executive producer Paul Mansfield, of Lunchbox Theatrical Productions, to find out more. 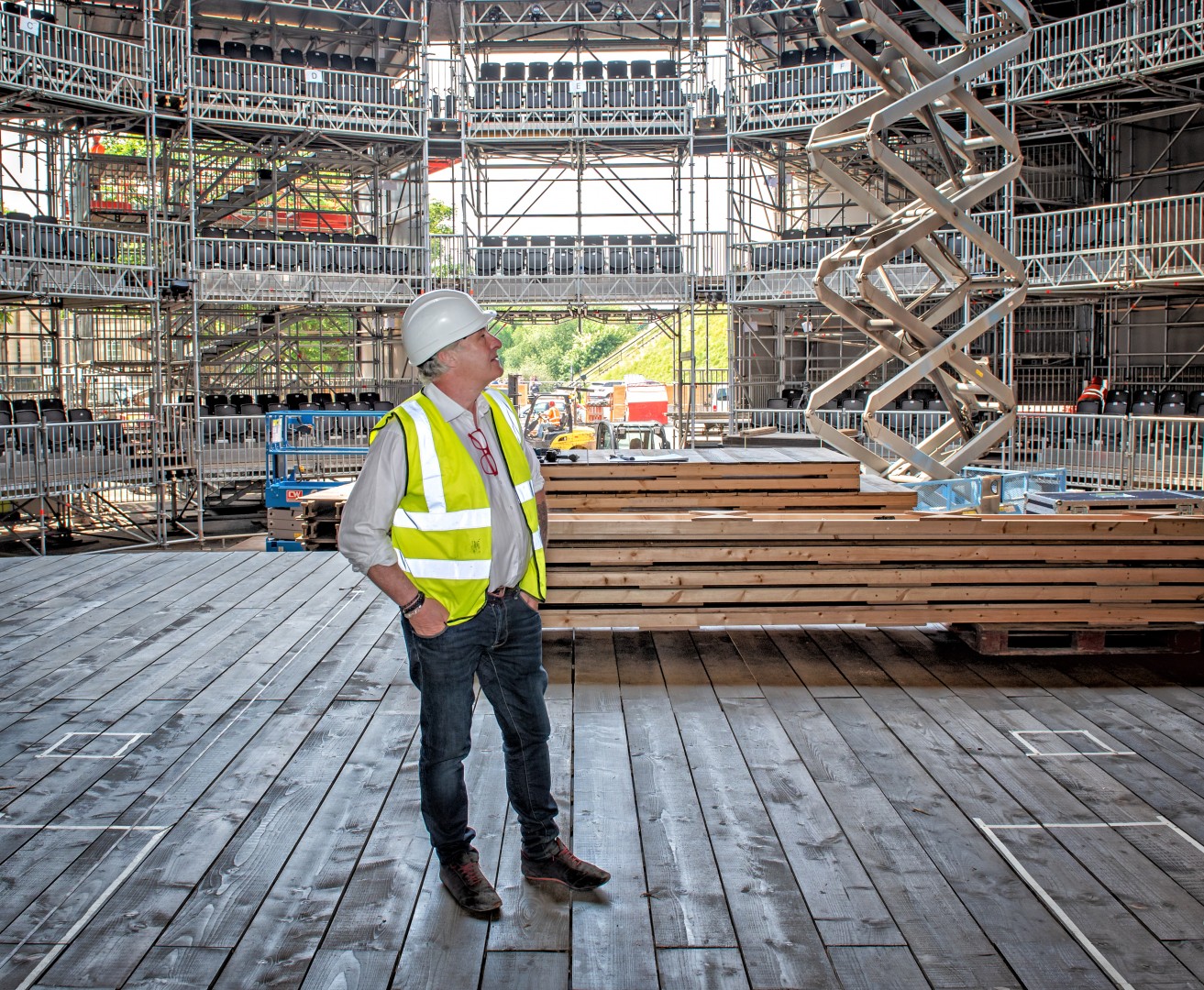 How long does it take to erect Shakespeare's Rose Theatre?

We take four weeks onsite, from the day we take occupation to the day of the first show. However, within that, as well as the theatre we’re also creating brand new productions. So a week of that is set aside for technical rehearsals. The reality is we build the entire theatre structure in about two and a half weeks. 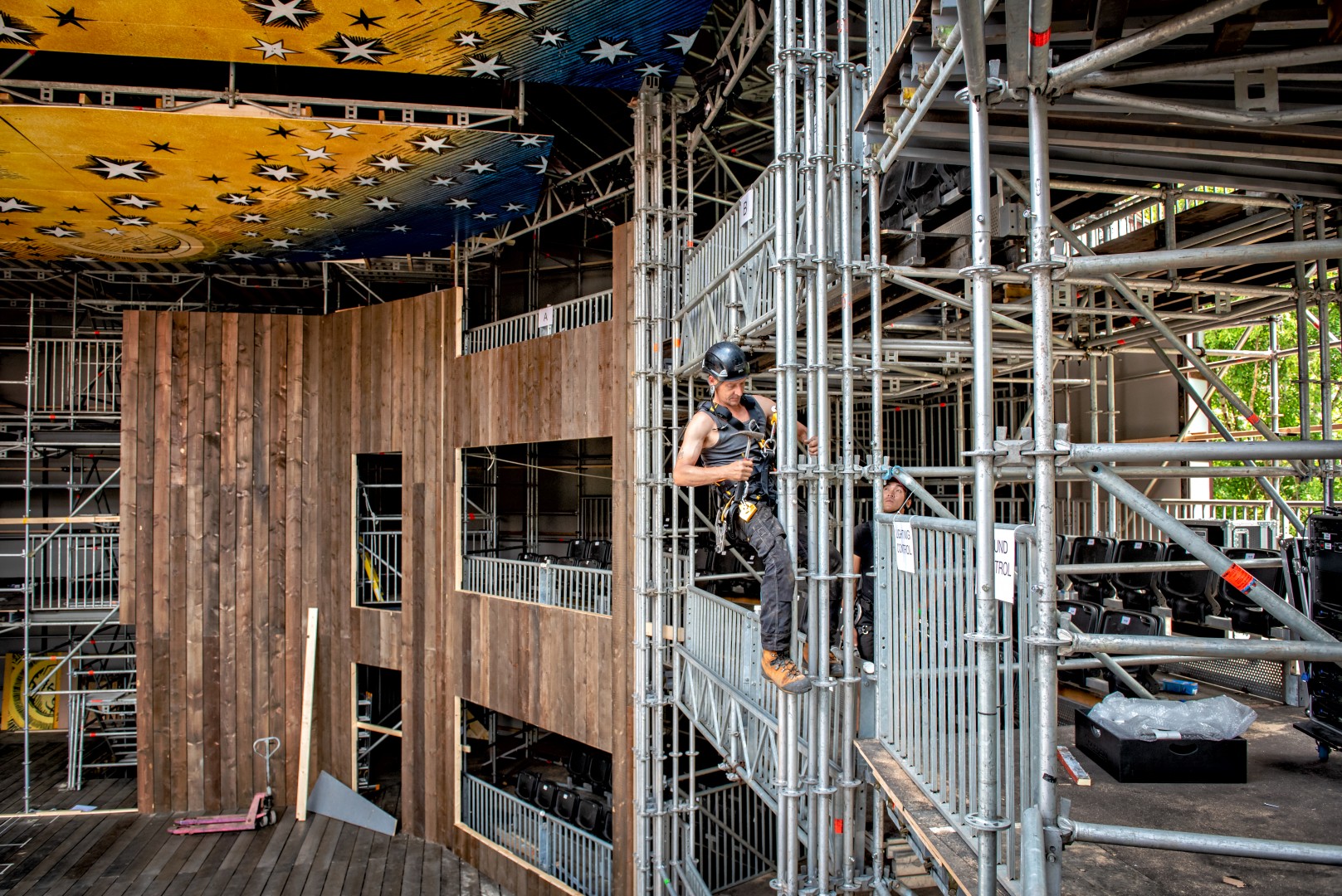 Is there anything you just can’t do with a pop up theatre that you might be able to do in a permanent space?

In theory no. We try to ensure that everyone has as good an experience as they would if they were going to Oxford Playhouse or a London theatre. The seats are all slightly padded, there are views from different perspectives as you’d imagine, and onsite there are a number of bars and food outlets. The one thing that is key, not just to us but other venues like Regent's Park Open Air Theatre, is weather. The stage and seats are under cover, but there is a big groundlings area that is not – and even for those who are sheltered, there’s no air conditioning or heating. I suppose that’s the only real factor that’s different from a standard theatre building.

People often talk about accessibility in regards to Shakespeare, is that something you really work on?

We absolutely are trying to bring Shakespeare back to everybody. There are a lot of people who think Shakespeare’s boring or not enjoyable. Our whole perspective is about trying to recreate how it would have been seen 400 years ago. One of the things James [Cundall, Lunchbox chief executive] likes to say is: if Shakespeare was to walk into the venue right now, he’d obviously be a bit confused by all the metal around, but beyond that he would hopefully see something he would have created. That perspective’s had a huge impact. Last year we had nine school-specific performances attended by over 9,000 children between the age of 11 and 17. People who have perhaps only ever studied Macbeth at school don’t realise it’s really quite bloody, Game of Thrones-esque. It opens with a beheading, and by the time you’ve beheaded someone onstage and held the head up, people are engrossed. And the groundlings area is part of the action; the cast enter and exit through there, they might stop and have a quick drink with someone in the audience, chat to them during the interval – it brings a different experience to it.

Do you work from a sort of authenticity tick-list, be that related to the architecture or the way the plays are staged?

We steer away from that. We like to acknowledge that technology and life has moved on a bit since Shakespeare’s time, so we do have a reasonable lighting rig that allows us to be a bit more subtle with lighting and colour than just using candlelight would. But again, we are trying to do things authentically – you won’t see a disco on our stage. 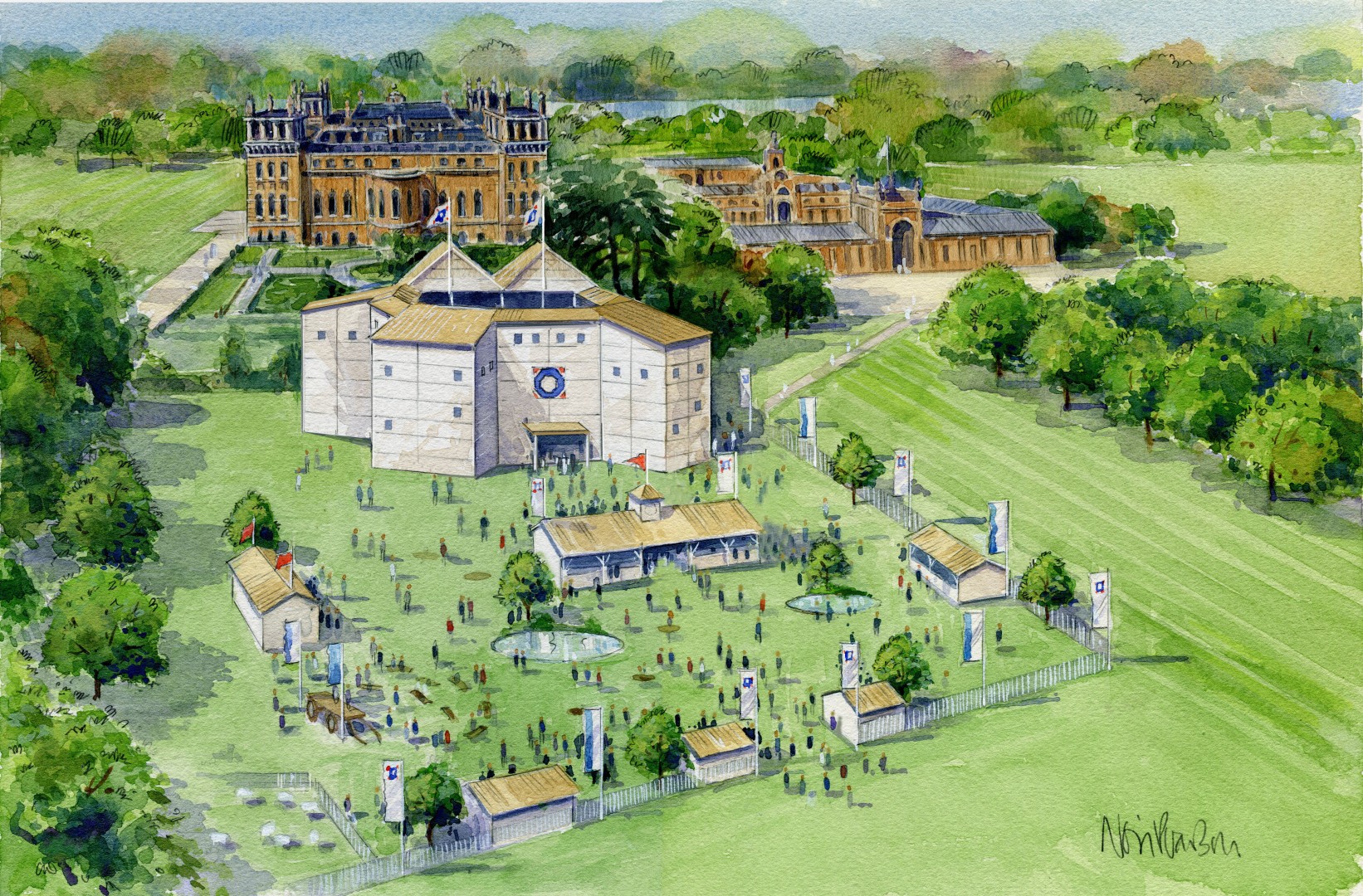 Why have you chosen to pop up at Blenheim this year as well as in York?

It’s as much to do with Blenheim as it is to do with us. Fortunately we’ve had an ongoing relationship with Raymond Gubbay and its chief executive Anthony Findlay, working together on a number of projects around the world. They’ve done a lot of work at Blenheim and brought its CEO Dominic Hare to see our shows in York. He fell in love with the concept and approached us saying, ‘I’m really excited about this, please come and have a look at Blenheim.’ Having been down and seen how spectacular it is, we’re incredibly excited about the site they’ve offered us immediately outside the main house. We were all hugely keen to do it.

How do you choose which plays to do?

One aspect we try and keep consistent is that there should be a tragedy, a comedy and a history. This year at Blenheim there’s actually two tragedies (Macbeth, Romeo and Juliet), the comedy of A Midsummer Night's Dream and the history of Richard III. If you come to see one play, you should absolutely see something else entirely different. Each cast member does two of the plays; last year the actor who played Macbeth in York also played Snug in A Midsummer Night's Dream – two roles that couldn’t really be more different. Similarly, this year at Blenheim the actor playing Macduff plays Bottom; someone who’s tragically lost his wife and two children is also the ass’ head. From an audience perspective it’s incredibly interesting.