Boni Adeliyi stands at the front of The Theatre Chipping Norton stage, reeling off a plethora of names from Black history. It’s possibly the most transfixing moment from Katori Hall’s The Mountaintop, in which Adeliyi plays Camae, the maid who delivers Martin Luther King Jr’s room service on the last night of his life. It turns out she’s the angel taking him to heaven. The monologue follows King’s wish to see how the Black community resume the quest for justice in the decades after his assassination – “The baton passes on,” Adeliyi says. 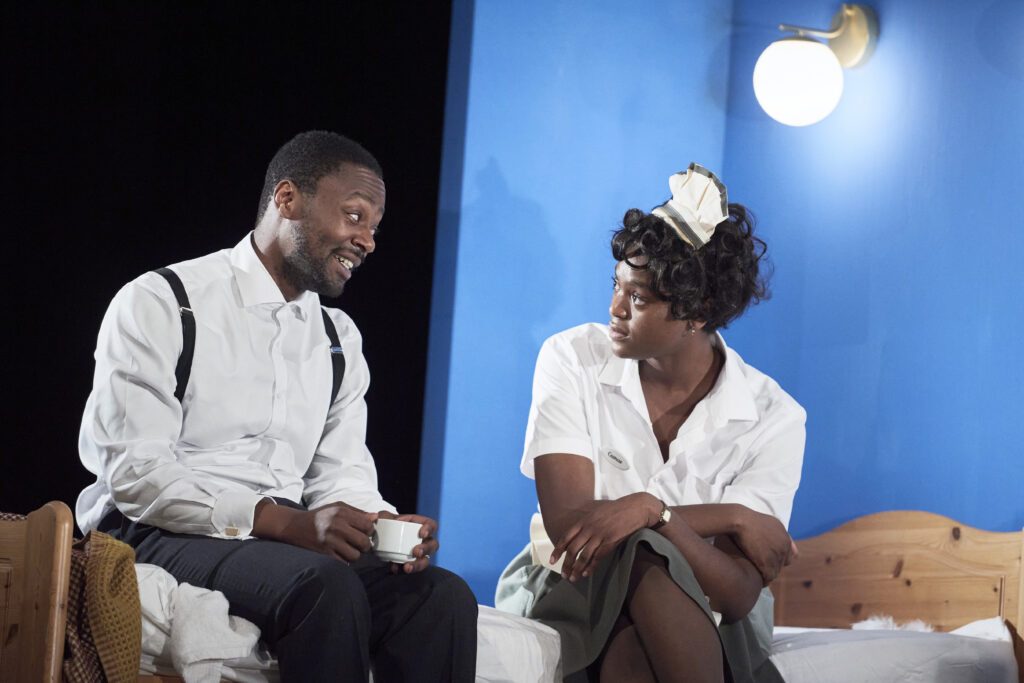 It’s not her only great speech in the John Terry-directed piece. Earlier she passionately proposes the kind of sermon she thinks King should be giving from atop his motel room bed. “Fuck the white man,” she cries. Then there’s a pause as it dawns on her she’s sworn once again in front of the minister. “I’m so sorry,” she says charmingly. With Camae both a maid and an angel, the character making this speech – and her presence throughout the whole play – is symbolic of the fact anybody, regardless of so-called social status, can stand up and fight for equality.

Graduating from Guildhall School of Music and Drama this summer, Adeliyi’s speeches prove the most memorable, but this is not to diminish Luke Wilson. He captivatingly portrays the playful, flirtatious, and flawed aspects of Martin Luther King Jr, and listens intently to Adeliyi’s Camae, as she does his King.

Rain falls outside the motel room window of Sandra Falase’s impressive and appropriate set. but The Mountaintop’s production values don’t shroud the script or hard work of both actors. It may not entice you from the very first line, but this two-hander wastes little time in mesmerising, the 90 minutes without interval passing quick as a baton in a relay race.