“Joseph Potter is stunning as the storyteller”

Look on The Dark Side to Create A Stylish Garden!

A couple of days before The Poltergeist, I interviewed film composer Sacha Puttnam, who raved about theatre’s ability to nourish the soul. I felt a twinge of guilt for my loss of enthusiasm for theatre this year, my lack of support for its virtual offerings. However, his energy was infectious, and so I sat down at my computer screen last night for the world premiere of Philip Ridley’s play – from theatre company, Tramp – really hoping my passion would be rekindled. And I wasn’t disappointed.

A one-person show, The Poltergeist is about Sacha, who now works in a stationer’s and frequently pops co-codamol, having once been a highly promising teen artist. With partner Chet, he attends his young niece’s birthday party where – when left alone – he disrupts things; breaking a dolphin ornament, flushing aftershave down the lavatory, and laying framed photographs face down on their surfaces. He makes polite small talk with the hosts and other guests, all the while revealing to the audience what he actually thinks of them and the whole occasion, as we glimpse into a family past littered with sadness.

In a shirt reminiscent of Stuart from Queer as Folk, Joseph Potter is stunning as the storyteller, granting Sacha an endearing camp laddishness, and distinctly portraying the other characters in his life. Tramp and Southwark Playhouse take advantage of the livestreaming situation, with Potter delivering the lines for the audience – Sacha’s thoughts – directly into the camera. Often these aggressive and expletive opinions are incomplete, leaving the audience to fill in the final word (“bitch” or “c*nt”, perhaps) thus denoting the idea that we’re all like the protagonist to some extent. 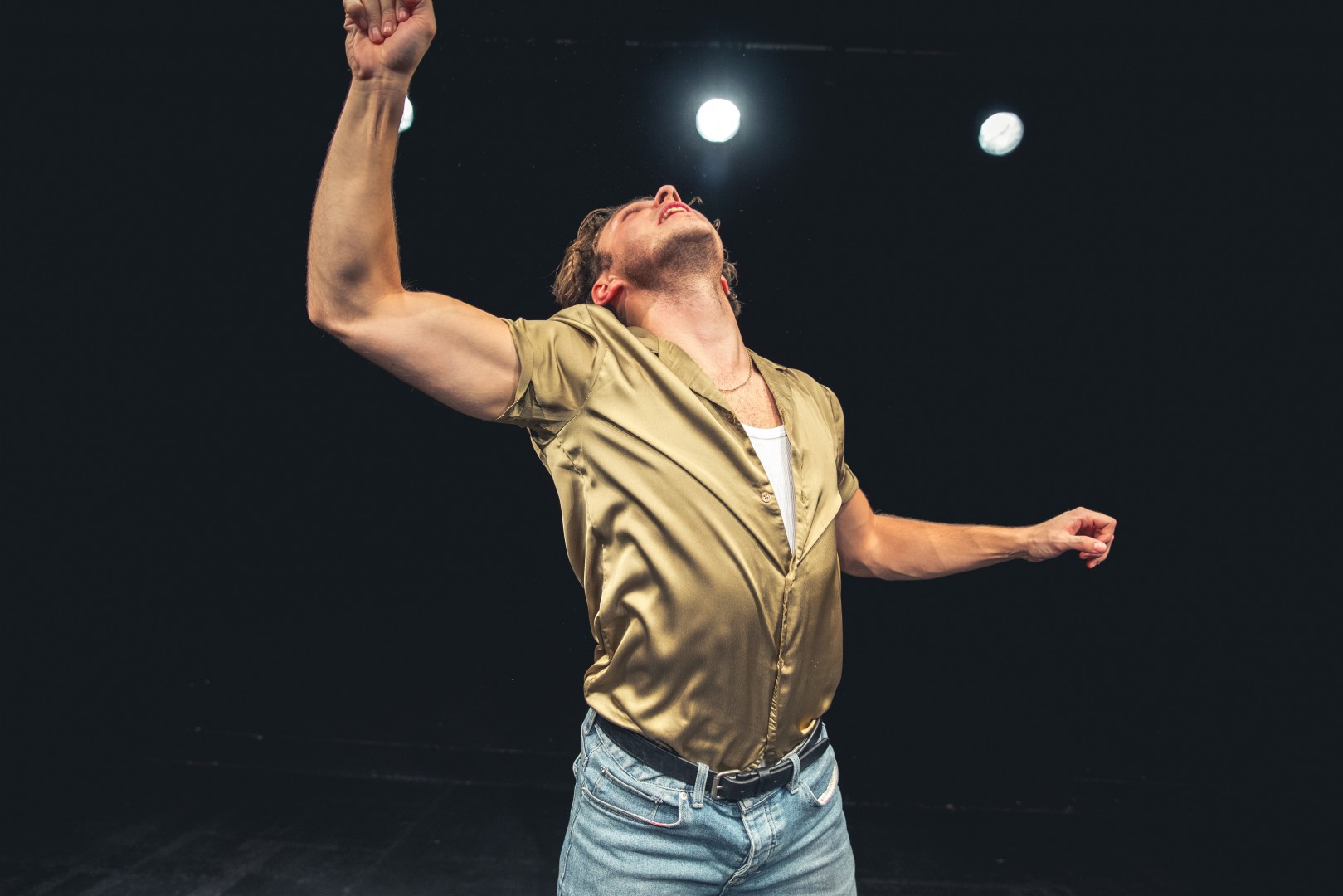 Potter conveys Sacha’s breakdown superbly. In a space where there is nowhere for the actor to hide, he supplies the necessary noises, shakes, dribbles and tears, but remains completely in control as a performer. He’s spot on with the funnier parts of Ridley’s script too, brilliantly executing lines such as “the grass is fake, looks it too – I wonder if it’s flammable.”

As the one-acter draws to a close, Sacha tells us why he loves Chet. “He’s always such an optimist,” he remarks. Fitting, for I left my living room with genuine optimism for theatre again. In that alone, Ridley and Tramp’s fast-paced and moving production, has done something truly remarkable.