The Journey of Acceptance

Life as the director of a Muslim funeral parlour isn’t always easy, but Ayesha has things pretty sorted. She and Zeyd share everything: a marriage, a business, a future. Until Tom walks in to organise his boyfriend’s funeral. A snap moral decision, informed by the values of their community and their faith, has profound consequences. Forced to confront a secret she has hidden even from herself, Ayesha must decide who she is – no matter the cost.

Winner of the 2018 Papatango New Writing Prize, The Funeral Director is a story of sexuality, gender and religion in 21st-century Britain. Here the writer, Iman Qureshi, tells us more.

As well as being a playwright, you work in the press office for housing and homelessness charity Shelter. Is that emotionally difficult?

On a day-to-day basis it isn't emotionally difficult. But when you set up a news piece and the case study is someone living in absolutely horrific conditions, worried for their child's health or safety, and you hear them talk about their experience, you're really moved and reminded of why it's so important to do what you do.

Do you think doing that kind of work informs your writing in any way?

They use similar skills. Working in a press office you have to identify strong stories that will connect with people and make them see life from a different perspective or engage with someone they might not ordinarily engage with. With playwriting and storytelling it's very much the same thing.

Moving on to The Funeral Director, it's presumably a realistic depiction of what would happen at a Muslim funeral directors if they were asked to bury a gay man.

I don't know. I've never asked the question out right. When I did go to a Muslim funeral home I was actually really pleasantly surprised by how open and welcoming they were of different sects of Islam. The owners of that particular funeral home were Sunni Muslim but they said, “If people have different customs that's absolutely fine, we're happy to do that. So long as they're Muslim, we will do our job.” That might not be true of all of them. I guess the easiest comparison is the bakery in Northern Ireland – there are many Christian-owned businesses that are more than happy to serve everyone equally, and then there are the outliers, and I would imagine the same is true of Muslim businesses as well.

I think a lot of gay people, whatever background they are from, find themselves rejected in life. Things are changing and that's wonderful to see. In some parts of society things are changing much faster than in others. All religious communities across the country are typically a bit slower to catch up with social progress and social change; so yes, LGBT Muslims – as well as LGBT people from other faith communities – do struggle and are often rejected. I'm a lesbian Muslim myself, and very passionate about campaigning for change and progress, and working with faith communities to bring them along on that journey of acceptance. 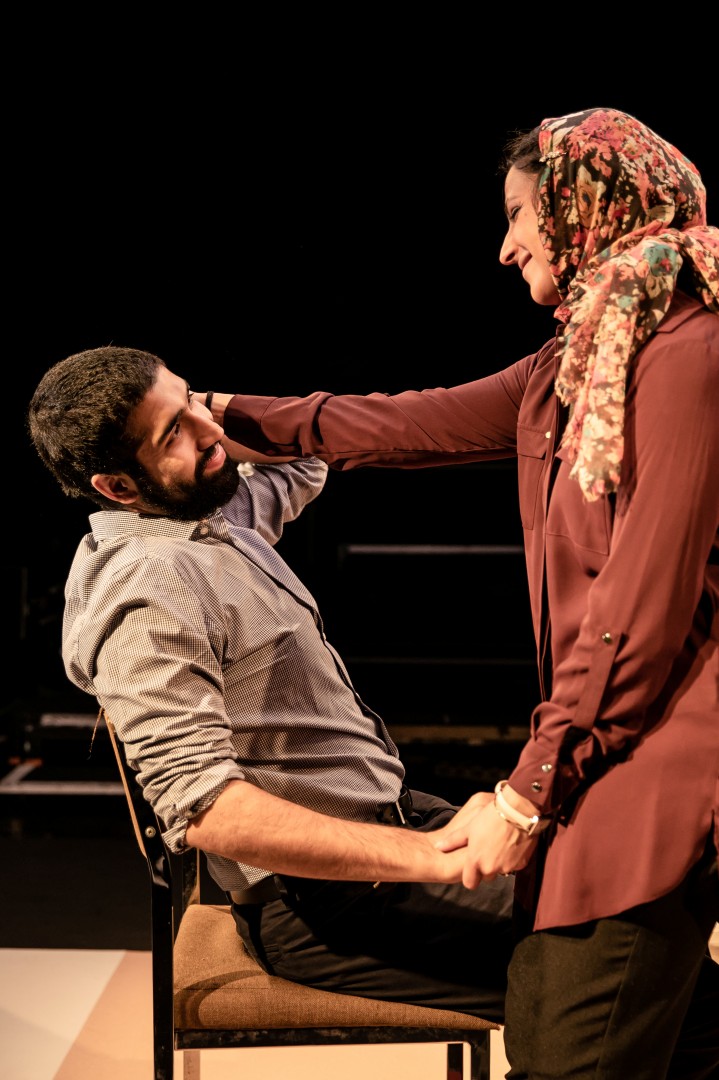 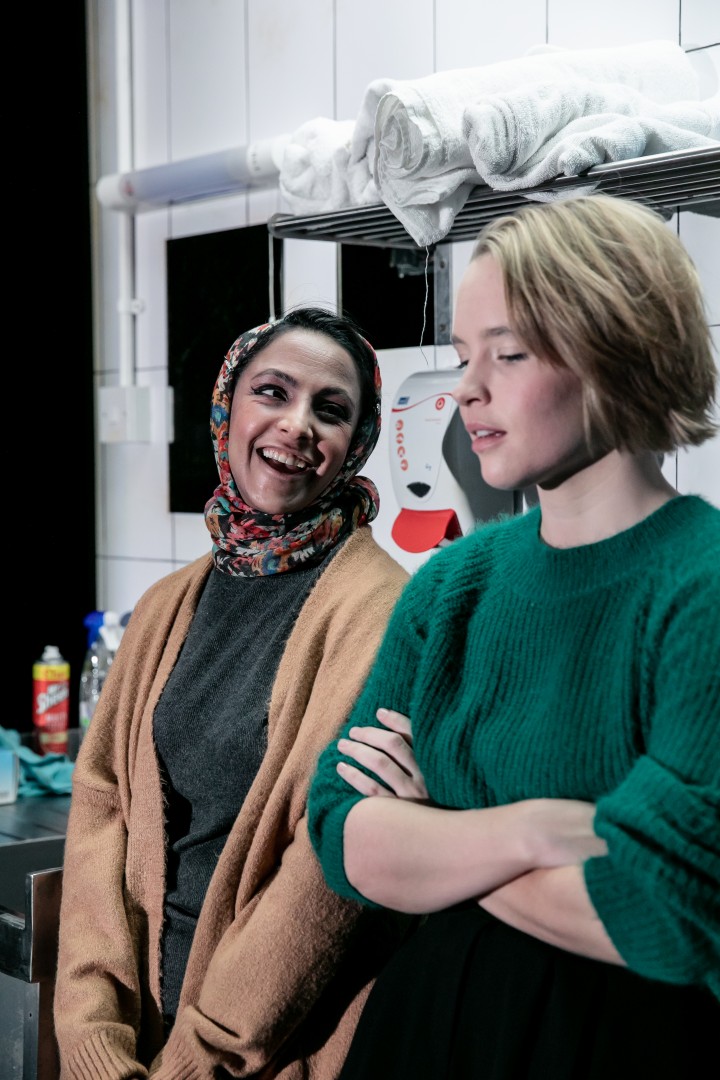 How have members of the Muslim community reacted to the show?

The Muslim audiences I've spoken to, or overheard talking in the bar, have been really positive. I was just in Pakistan where my mum had shared the play text with her book group – middle aged, middle class ladies. They invited me in for a little Q&A session. My mum was sitting there proud as punch. In London you get a very liberal perspective, whereas they were much more conservative, and although they were challenged they were still really moved and appreciative, understanding and empathetic to all the characters.

What about the reaction from the LGBT community?

What has been wonderful to hear is people from the LGBT community – particularly from faith backgrounds and LGBT people of colour – have been really positive about seeing themselves represented on stage, but also about seeing a nuanced portrayal of religion; one that doesn't bash culture and religion over the head, but works with it and criticises it where it needs to be criticised, but does that with a respect and empathy I often find missing in a lot of the really polarised debates about religion and sexuality.

Do you think reactions will differ city to city when the show tours?

I have no idea what to expect from the tour and I'm really, really excited. I also hope that the theatres in those respective cities will do their outreach and work to bring in diverse communities. That is something I'm keen to see, but I have no prior expectations as to what people will think or how people will react – I'm looking forward to learning a lot. 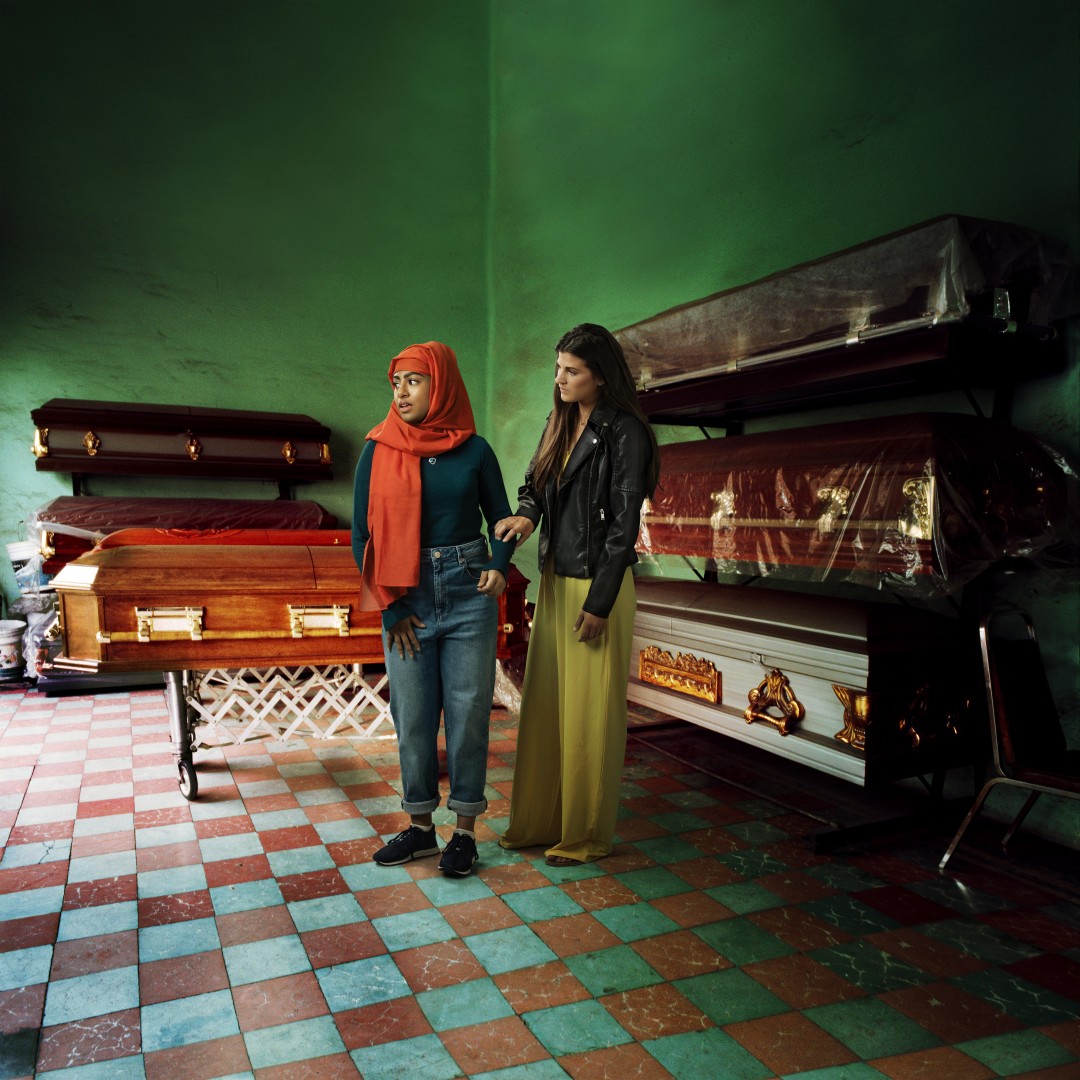