The Lion at Wendlebury

“...the combination of rich history and respectful modern expansion of the place assures its success long into the future.”

Having been provided the enviable privilege of being able to spend the past 41 months reviewing rural dining pubs for OXcountry Magazine, I must admit that, at times, many of them begin to feel remarkably similar.

In other words, I’m spoilt. Preposterously spoilt. My ability to luxuriate in lovingly prepared, meticulously sourced and masterfully served Modern British cuisine has been dulled like the belligerence of an ageing punk.

I’ve recently been afforded the pleasure of a visit from a family friend- one who lives, and was born, in Australia. Down under, the concept of a 'pub’ is rather different, as you might expect in a country that was only colonised 230 years ago. My father’s house, for example, is four times older than the concept of Australia as a nation state, and as such, pub culture holds nothing like the gravitas and importance in Melbourne as it does 15,000 miles north-west– in Oxfordshire.

These old buildings– the ones that we're lucky enough to live amongst– just feel nice.

The Lion at Wendlebury holds an enviable position for a country pub: barely half a mile from the M40 but still maintaining enough distance to to retain its hushed, bucolic charm. The place has recently been ambitiously expanded and redeveloped, adding 13 bedrooms in the process. Let's play a game of 'Oxfordshire Pub Bingo':

The walls are Farrow & Ball ‘French Grey’ and ‘Old White' (tick), there is a barn-style dining room (tick) with exposed beams(tick), a vaulted ceiling (tick) and flagstone floors (tick). The bar has low ceilings (tick) and open fireplaces (full house).

It's a tasteful and elegant redesign, and being so close to Junction 9, I’m sure the London crowd will love it.

Onto the menu, which has all the hallmarks of a recently overhauled pub going a bit more ambitious– and for the most part, it’s done very well. A chicken terrine is sweet, rich and coarse, laced with apricot and the aniseed lift of tarragon and lent acidic bite by pickled beetroots and carrots. ‘King’ scallops seem to have nomenclature ambitions past their station, but come with an excellent balance of pancetta, peas, parmesan and lemon.

A roasted guinea fowl is a highlight– cooked with evident care and attention, the bird is smoky and moreish thanks to a steaming heap of spinach laced with chorizo and saffron. For £15, you could do far worse. A ribeye steak is less compelling for £24, but the triple- cooked chips are– unlike most places who advertise the same– perfect, with that shattered-glass crisp.

Desserts, for £6, are perfectly serviceable– but it’s the place itself that warrants a visit. The Lion is an above-average dining pub that’s settling into its recent modification– and the combination of rich history and respectful modern expansion of the place assures its success long into the future. 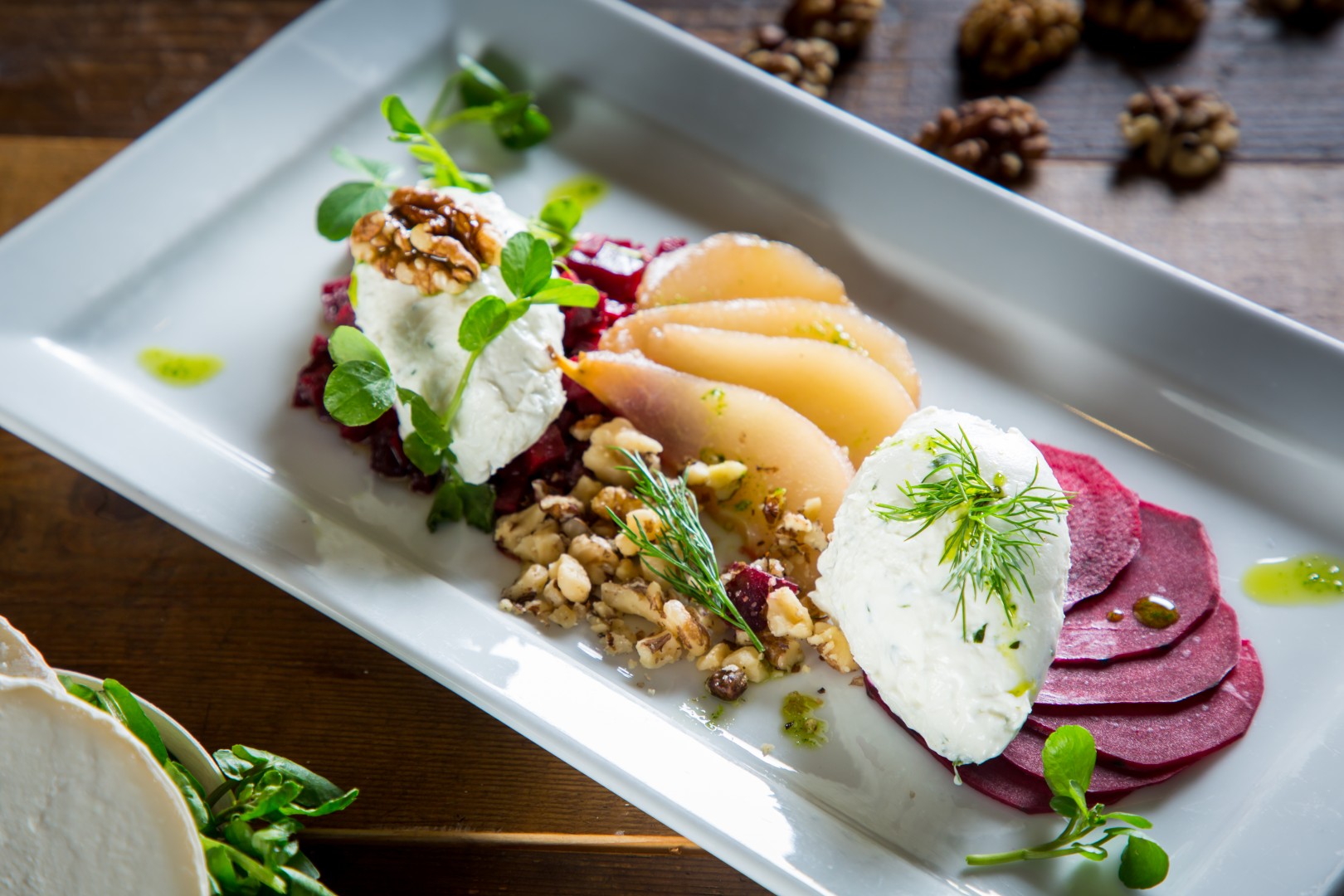