“Reading is one of the purest forms of escapism.”

Shortly after the release of his first novel, Cows Can’t Jump, we speak to author Philip Bowne about the book’s success and the inspirations behind it. We also discuss the ways reading can help your mental wellbeing, The Wombles, and kindness.

First of all, congratulations on the book – you must be delighted.

Yeah completely, it’s been a dream for me. When I was about 24, I sent it around to publishers, had a few false starts and a couple of deals fall through. I really wasn’t sure it was going to happen but then I got lucky this time.

Our favourite bit is Billy’s arrest for stealing diaries from Smiths. Explain what happens and where the idea came from.

That’s a section of the book where Billy – the main character – is strolling around Cheltenham High Street and decides he’s going to have a look in WH Smith. He realises there’s a post office upstairs and there are lots of things downstairs that he could effectively post to himself. He picks up a notebook, finds an envelope, writes the address on, and just posts it home. That came about – I have to confess – because it’s something I did myself. I don’t know if I’m now going to be subject to a police investigation – hopefully not. I did it and thought, ‘ok, I need to use this somewhere.’ I should add that’s one of the very few moments in the book – maybe the only one – where Billy does something I have actually done.

To what extent is Billy you?

He’s an 18-year-old boy which I have been – although it was quite a while ago now – and I also studied in Cheltenham, so a lot of the settings are places I’ve been and people make that connection. But besides the infamous WH Smith con, I’d say that’s where the comparison ends. Billy is a representation of a lot of things. He encompasses the frustrations and emotions of many young people today. Thankfully, overall his experiences aren’t similar to mine; my parents are nothing like Billy’s and I’ve never encountered suicidal cows or anything like that!

The school you went to was on special measures, wasn’t it? Would you say you succeeded despite your early schooling as opposed to because of it?

The school fell into special measures when it was taken under new leadership, towards the end of my time there. That’s when things really started to change. I was very lucky in my school experience because I had really great teachers – I’ve listed probably half of them in my acknowledgements at the back of the book. On one hand I had a great personal experience there but on the other hand, there were bigger systemic issues going on in the background having effects in different ways.

Do you think more of an effort needs to be made to teach students things with which they have some affinity?

I’ve always thought about the way English is taught in school and the way in which it might close the door for some children in terms of reading, for their entire life. There are some brilliant texts that are taught but I also think there are some texts which would completely alienate children. I’m giving the example of English but it’s probably the case for other subjects. Maybe it is time to look at the curriculum again and the things we are teaching. Of Mice and Men was the only book I remember capturing the imagination of almost everyone in my class. With other texts, I remember people being bored witless during English lessons when I was at school.

Have you always read passionately?

I have a very on-and-off relationship with reading. Growing up, I absolutely loved reading; I devoured books as a kid and as a teenager. My early 20s was probably the time I read the least – I graduated uni, I was writing and working full-time and you don’t make time for it even though there is plenty of time in the day. It’s nice to see more and more discussion online about people getting back into reading, falling back in love with it. I’ll be interested to see the ways in which that manifests itself. Perhaps we’ll see a sort of reading renaissance – it does feel that way in some corners of the internet.

Do you think reading can be beneficial for our mental health and wellbeing?

Personally, I think reading a book is relaxing, to put it in the simplest terms. I feel relaxed and it always helps me if I read before bed to get a good night’s sleep. It’s also one of the purest forms of escapism. You’re reading something in someone else’s voice or seeing it through someone else’s eyes and it takes you somewhere completely foreign to you. That’s something we all need, possibly now more than ever. It teaches us empathy and how to understand why people may be behaving in certain ways and that things aren’t black and white necessarily. It teaches us nuance and that things aren’t always as they seem. I would definitely recommend picking up a book to anyone who’s had a rubbish day or is not feeling great.

You’re also writing for The Wombles! How did that happen?

I got quite lucky with that, it coincided with Cows Can’t Jump winning the Spotlight First Novel prize – that got my name ‘into the hat’ as it were. I’ve been working on developing the show with a few other writers. It’s been a really fun process so far and we’re hoping after this very strange year to push things forward. I was very lucky that I moved to London and managed to get myself into the mix and find my way into the world of the Wombles.

Is it nerve-racking writing for a British institution?

It was a really steep learning curve when we first started. I did know of the Wombles but my generation missed it; the lost Womble generation. But they have this constant cultural presence – even people my age know of them. It was nerve-racking at first but as soon as I’d familiarised myself with everything ever written and broadcast about the Wombles, I felt much more at ease and like I knew the characters well.

Is it going to be a very different show to 40 years ago?

We’ve had to bring certain elements into the 21st century, the challenges they face are obviously quite different now. In terms of the show’s feel and core, it’s going to be a very honest and true representation of what the Wombles are and what they stand for.

It’s World Kindness Day in November, do you think about kindness a lot in your writing?

Kindness – definitely in Cows Can’t Jump – is something touched upon probably in all the characters, even though I think every character, bar a couple, does something pretty despicable or questionable. I always try and show both sides of a character. Billy does some pretty awful things, but he also tries to do many things with good intentions, kindness and being good to people in mind. Kindness is a really important theme with children’s television or any other text for kids. I think it’s impossible to avoid in most forms of storytelling and it’s interesting to be able to navigate that on different levels when writing stories for children – 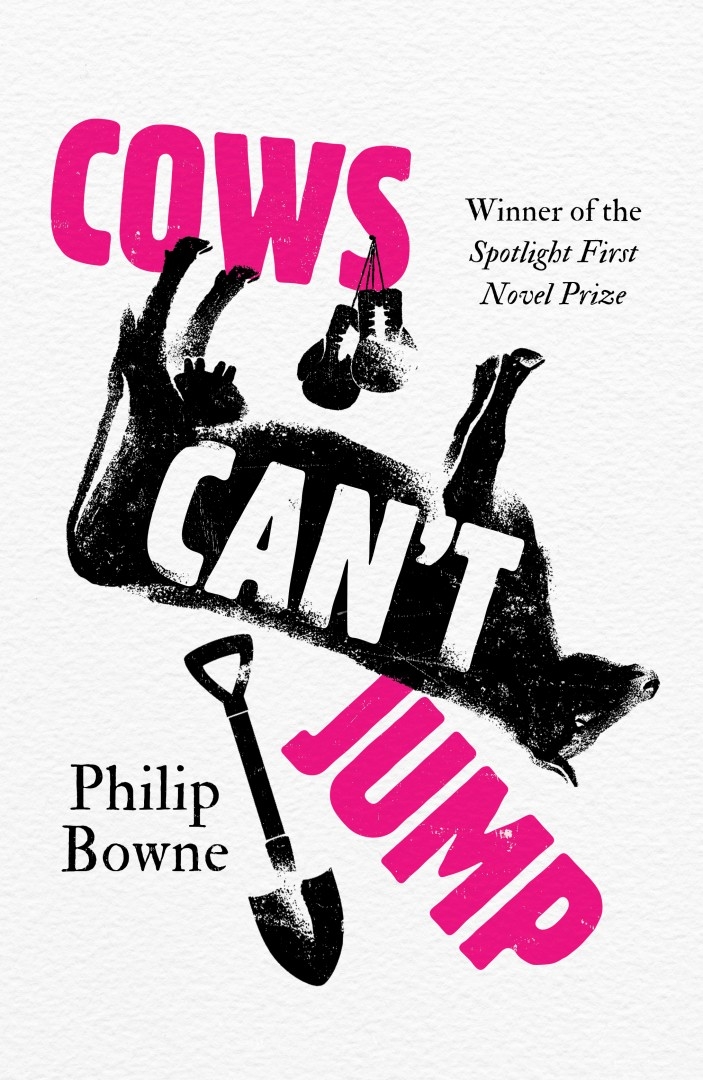 and for adults. It’s obviously a universal thing and something that in the last few years we definitely need to think about a bit more: being kind to each other (you’d think it would be easy but apparently not). Be nice. Be kind. That’s hopefully what the Wombles will bring back to the world in a small way… or maybe in a big way!

Out of this world line-up for Henley Literary Festival 2022 featuring over 120 events for adults and children from October 1-9.