The Macabre Morris of Munnery

“I neither made it nor didn’t”

Simon Munnery was some way through his Alan Parker Urban Warrior Farewell Tour when lockdown came into place. There were 14 people missing from the sold-out Leeds date, and 24 no-shows the following night in Manchester (also a sellout). Venues normally expect ten percent of ticketholders to not turn up for various reasons, the comic says, “but 24 was a lot – and that’s the last gig I did.” He’s quarantined at his home “in the middle of nowhere”. At the time of speaking, his wife and kids are away. He has his dog for company, “but she’s no conversationalist.” There’s the odd exchange with his neighbour, who the other day asked if he was bored. “I haven’t been bored since I was 11. I’ve got enough things to do. Lethargic, depressed, maybe, but not bored.” She’s also asked about the shouting he’s been doing on his patio as part of Zoom gigs, the night sky providing his desired backdrop. Such performances are weird, he says, they don’t feel like they’ve gone well even if they have. “It’s not like before.” 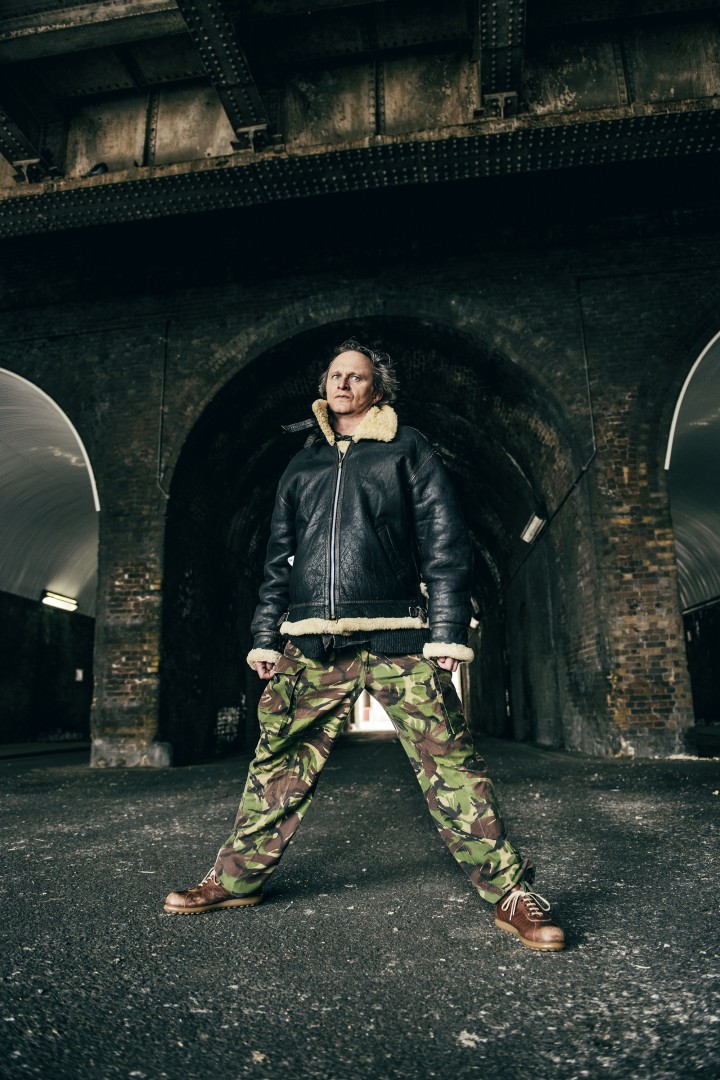 As we discuss its 2020 cancellation, I say Edinburgh Fringe isn’t the be-all and end-all for performers. “It is for me,” he cuts in, the festival significant in his calendar for a couple of decades. “Another two years, I get a parking permit.” Does he feel sorry for the creatives who had planned on entertaining there this summer? “I feel sorry for myself and by extension others.” Usually he’ll take a show to Edinburgh in August, polish it, tour it, and finish in April or May before getting a new hour ready for the next Fringe. Alan Parker Urban Warrior Farewell Tour enjoyed a fair chunk of that agenda before the theatres closed. I wonder if the stand-up initially revived Parker by popular demand. “No, despite that. Despite the petitions.”

Assuming the show’s title means the last we’ll see of the bedsit anarchist, I suggest a farewell tour is the worst kind to be put on hold; it rather elongates and thus diminishes any grand exit. However, I learn, that’s not why it’s so named. Munnery’s offering actually sees Alan Parker tell audience members how best they can fight climate change. “What’s the best thing you could do?” he says, filling the shoes of his alter ego. “It’s this, brothers and sisters: kill yourselves. That’s why I’ve called this my farewell tour. I’m trying to persuade as many of you as possible to make the ultimate sacrifice.” This, the character continues, should not be made via bombs (“think of the carbon impact”) or pills (“packaging – no way”). Instead, armed with a bell and hanky, he encourages spectators to Morris dance themselves into the grave. 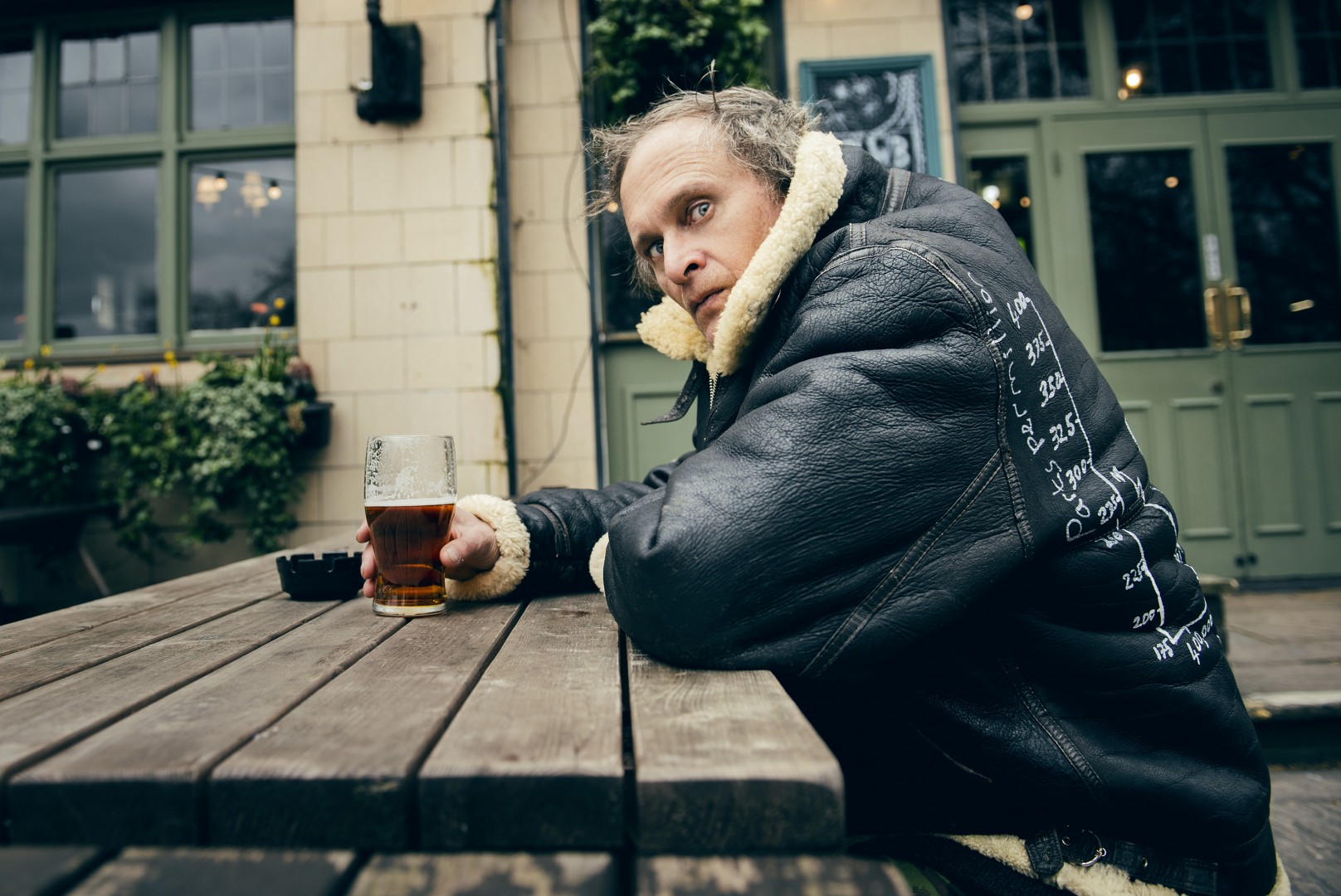 Will the man behind Parker be bringing back any of his other characters in future? “It’s possible, isn’t it? As the well runs dry you dig out the dregs, don’t you?” I don’t know, I tell him, lacking in characters myself. “But you’ve got characters,” he points out, and he’s right in the sense I’m a different person depending on where I am and who I’m with. “We’re 1,000 different people,” the 52-year-old resumes, “from one day to the next.”

How different is he on the road now, to 30 years ago? Back then he’d be one of four performers, whereas now touring is perhaps “lonelier”. He tends not to travel with a support act, in the interest of more income for his family. “I’m in a strange position,” he says, “I neither made it nor didn’t.” There’s many a place he can visit and play to 200 people, “which I am really grateful for, but it’s not enough to be rich, neither is it so few that I can give up.” Nowadays, he also likes to get home if possible, unlike previous years where he had no great urge to return to his London flat. “Wife, children, dog – I kind of like to see them in the morning.”

There’s further not quite the same level of debauchery; raves, ecstasy and dealers aspects of his past. He’s down to a daily bottle of wine, he says, and he’s still smoking (a habit he didn’t take up until the age of 25). “It’s insidious,” he remarks of the latter. “Get up, put the kettle on, fag. Drive somewhere, fag. Finish dinner, fag. It would be great to unwind it. Everyone gets stuck at a certain point in life,” he says, admitting health hasn’t become more of a priority for him. “How old are you?” Twenty-seven, I tell him. “Another six years until you’re the same age Jesus was when he died. If you’ve achieved what he has… that’s all you need.”

None of my characters are even close.