The Mind Behind Oxfordshire Mind

Dan Knowles on the Comedy Gala

“They deserve the freedom of the city or something – or Lords Househam and Farrow of Jericho perhaps?”

It’s a Very Merry Christmas at The Grove

My interview with Dan Knowles, CEO of Oxfordshire Mind, begins in true Oxonian fashion. “I’m sitting in the dreadful traffic Oxford is suffering today. The A34 is down. I’m on top of Boars Hill and there isn’t such good phone signal here, so I apologise in advance if I get cut off.” A traffic gripe with a pre-emptive apology – I feel right at home.

Before heading the charity, Dan spent five years at Pepsi and ten years at John Lewis, where he ran half of its department store estate. Later, when a close family member had an acute mental health crisis, he took a step back from the social enterprise he was running at that time before being headhunted for the position at Oxfordshire Mind. “I thought I’d learn a lot, which would be super, and hopefully I could help others in similar situations.”

A lot of his time is spent working with various partner organisations in the county – other charities, the NHS and various local authorities. “We bring our specific perspective to these conversations,” he explains, be they about employment, planning, housing or education. “There’s a vast number of people we work with who have really brilliant skills – skills that no one on my team has, and we wouldn’t want to have because that’s not our job. Our job is to bring our perspective on mental health and wellbeing.” One word that crops up again and again is ‘holistic’ – mental health is tangled up with so many other issues that without this interagency approach, without collaboration between the public, private and charity sectors, people would too easily fall through the cracks.

I ask him to grade the current discourse around mental health, and for him, while there’s “no doubt” that the stigma associated with it is breaking down, there’s still a way to go with the discrimination some face when dealing with mental health challenges. “We know that, in particular, there’s a real challenge with people opening up in the workplace and saying ‘I’m struggling at the moment.’” So, while someone may be more likely than ever to open up to family or friends or seek professional help, there’s still a fear that engaging one’s employer will do more harm than good. People might worry that they won’t be understood, that it will count against them in some way, or that they’ll be thought of as weak or unreliable.

But changing this reality is not some hippie fantasy; there are cold hard benefits for the bottom line for any business that takes a proactive and constructive approach to its employees’ mental wellbeing. Those that don’t “end up missing out on talent, they have a higher turnover of their staff, they have lower productivity, and higher recruitment, training and re-training costs. They have all of the challenges with what we call presenteeism, where somebody is there but they’re not as productive as they would be if they were firing on all cylinders.”

Where there is most work to do is in the design of services with local authorities and the NHS. Something that Dan and others are striving towards is parity of esteem between mental and physical health problems. “The latest NHS ten-year plan in the UK is for us to provide adequate services to 30% of children who’ve got significant health issues. That’s just awful. You wouldn’t turn away 70% of children from the John Radcliffe who’d broken their leg. You wouldn’t accept a 30% treatment rate for children with cancer or diabetes, it’s just totally unacceptable. We know that self-harm is rising in our younger population, we know that suicide is the biggest killer of men under the age of 40 in the UK.” Yet despite these disquieting trends, the funding is worryingly insufficient.

When it comes to young people, Dan is resolute that “this generation is facing challenges that previous generations haven’t”. This is down to austerity – with local youth services cut to the bone as well as changes to the benefits system leaving families on the brink – but also technology. “We talk a lot about phones,” he says with some gravity in his voice. Social media “affects sleep patterns, patterns for bullying. It impacts the way we perceive ourselves, our relationships and our worth in the world.” 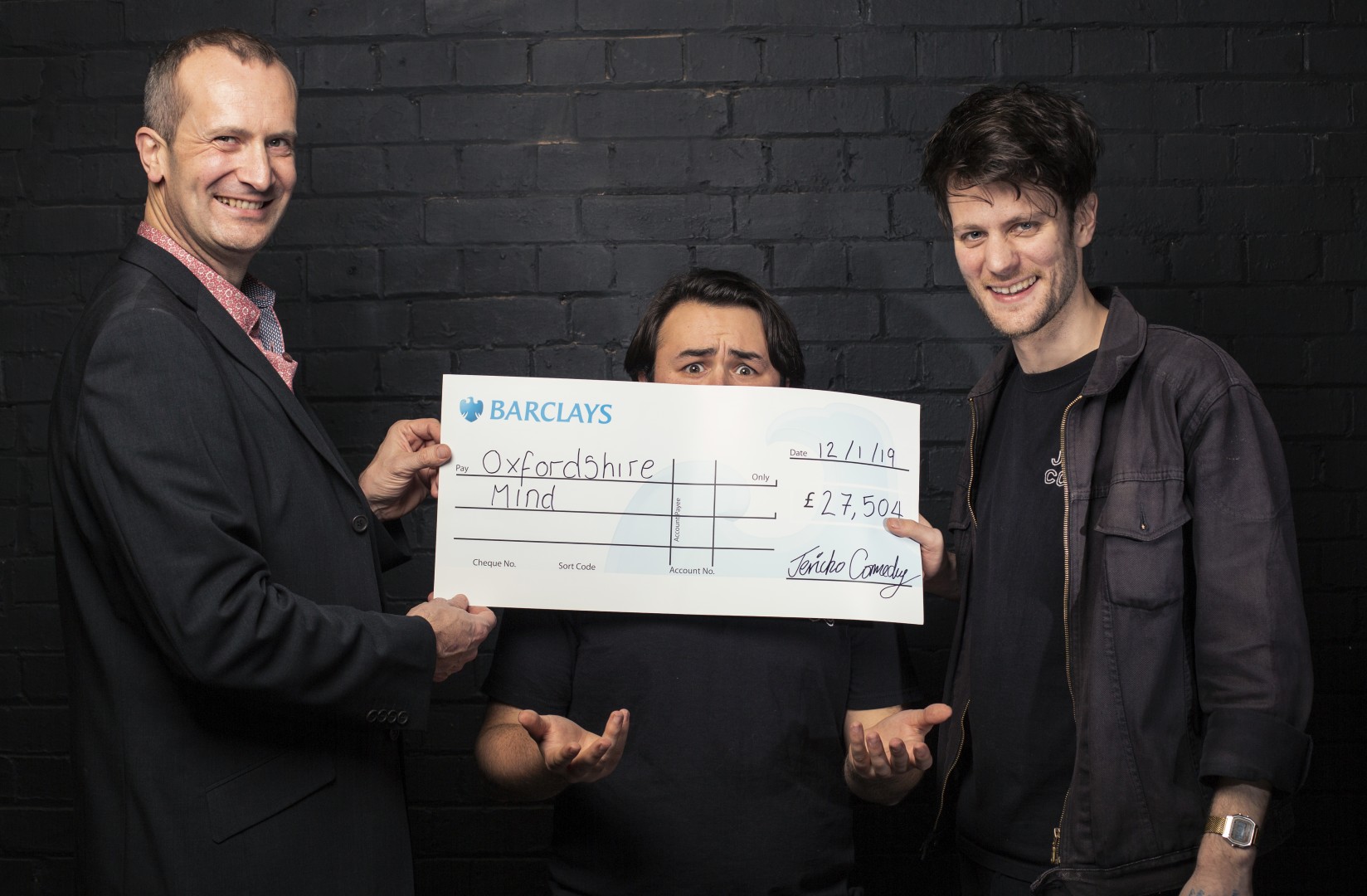 The cat is out the bag insofar as “everyone has a phone and everyone’s phone is connected to the internet – you know, unless you’re my dad – so changing that is really hard.” There is a ravine between the creeping, pernicious effects of social media and our understanding of it – “it’s almost like this huge social experiment that we just kicked off.” The allure of the tech giants has certainly waned, revealing them to be run of the mill advertising companies, albeit with more power than any in history. They exist because they’ve commodified our attention, and that of our children, with “a vast number of very clever people, psychologists and others, whose job is to increase screen time, to make us addicted and hooked. They’re just big money-making advertising engines and machines.”

This social experiment needs tempering through a thorough discussion about “what’s acceptable and what isn’t in today’s world” before regulating accordingly – and if not regulation, then legislation. I segue to the election and he doesn’t mince his words. “I think this has been the most depressing election campaign in my life. The standard of debate is so poor – and the amount of money! They just pluck a figure out the air don’t they? Have £50 billion here, £40 billion there. Here’s £80 billion to something else we’ve just made up on the hoof.”

He’s written to all the parliamentary candidates in the county to encourage them to treat funding for mental health as a real priority. “It’s not about trying to get extra money out of the Oxfordshire Clinical Commissioning Group or the Oxfordshire County Council, because they haven’t got it. It’s getting money out of Whitehall”, because – and I didn’t know this – Oxfordshire has the lowest per capita funding for mental health provision in the country. This isn’t a partisan issue, and Dan hopes Oxfordshire MPs will, as a block, “fight our corner”.

But if he found himself in 10 Downing Street, what would he do on day one? Without missing beat, he says “I would ensure that we take an awful lot more money from landowners and developers, and that it’s ploughed into physical infrastructure that enables active travel to a much greater extent.” This caught me off guard somewhat – I don’t know why but I was expecting something more general, or even a “crikey, I don’t know” sort of answer. But he continues, “We’re going to build 80,000 homes in Oxfordshire in the next decade. On average, developers make a profit of around £100,000 from each house – they’ll tell you that they don’t, but they lie.”

There has to be a holistic (there’s that word again) approach to housing so that people are connected to their local communities, GP surgeries, villages and towns, “with proper cycle routes that are segregated from roads and that enable walking and cycling so that we can all be more physically active. That has a huge benefit on physical and mental health – and the roads in Oxfordshire are shutting down, so we can’t just keep adding more cars,” he tells me, ironically, from a traffic jam.

We’re on the phone because the annual Comedy Gala is just around the corner. It’s the brainchild of the Jericho Comedy team, Harry Househam and Alex Farrow, who have been raising money for Oxfordshire Mind since 2016. “They are incredible people” enthuses Dan. I can’t help but agree. “They deserve the freedom of the city or something – or Lords Househam and Farrow of Jericho perhaps?”

Maybe he can sort that out when he becomes PM – just got to get out of traffic first.