Billionaire Boy tells the story of Joe Spud, who is twelve years old and the richest boy in the country. He has his own sports car, two crocodiles as pets and £100,000 a week pocket money. But what Joe doesn't have is a friend. So he decides to leave his posh school and start at the local comp. But things don't go as planned for Joe and life becomes a rollercoaster as he tries find what money can't buy!

The show’s opening night coincides with World Book Day and marks the start of a partnership between the theatre and national charity Calibre Audio (based in Aylesbury). Calibre Audio is a free audiobook service for anyone with a disability that prevents them from reading print. Together the theatre and local charity will be raising awareness of their audiobooks and services whilst holding post-show bucket collections to support their fundraising. 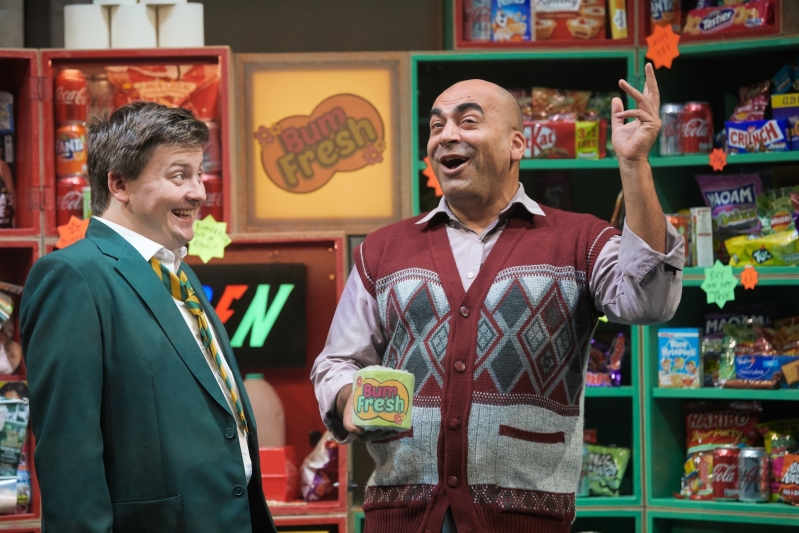 Terry Squire, Senior Fundraiser at Calibre Audio said: ‘We are thrilled to be working with the team at Aylesbury Waterside Theatre on World Book Day and throughout the run of Billionaire Boy. We have this year's selection of books available for our members to listen to from 17th February – including the popular David Walliams book. Calibre Audio shares World Book Day's passion for changing lives through a love of books and reading, and works to provide members with free audiobooks so all children have equal access to the same stories. Knowing the theatre shares the passion of access for all means a lot to us’.

The production’s themes including wealth and poverty, friendship, bullying and the quest for happiness are ever relevant in today’s society, making the show ideal for families and school groups. David Walliams is a big fan of the adaptation: "What a magnificent show! If this production was on Britain’s Got Talent, I’d be giving it the Golden Buzzer! It couldn’t be better!"

David Walliams has become one of today’s most influential writers. Since the publication of his first novel, The Boy in the Dress (2008), illustrated by the iconic Sir Quentin Blake, David Walliams has celebrated more than ten years of writing success with global sales exceeding forty-five million copies, and his books have been translated into fifty-fiv languages. David’s titles have spent 138 weeks (non-consecutive) at the top of the children’s charts – more than any other children’s author ever. He closed 2018 as the UK’s biggest-selling author for the second year running. In addition to his fiction, David has worked with Tony Ross on six picture books as well as three bestselling short-story collections, The World’s Worst Children.