This is Shakespeare is a radical new look at the Bard by Emma Smith, professor of Shakespeare Studies at Hertford College. Debunking our obsession with what Shakespeare ‘really meant’, she argues that the playwright’s gappiness, not genius, is his defining characteristic. His plays are alive in unpredictable and changing ways, forever open to reinterpretation across cultures and time – and wonderfully unsuited to the school exam system. We catch up with Emma to talk sex, jokes and the thin line between Shakespearean tragedy and comedy.

Your bio in This is Shakespeare says you enjoy silent films, birdwatching and fast cars – have you found a package holiday yet to cater for all those pursuits?

That would be quite a niche market, an excellent niche market in fact. I have not, I have to enjoy these pleasures quite separately – I’m not sure how compatible they actually are.

It also says you went ‘unexpectedly’ to university in Oxford – how so?

I was brought up in Leeds, I was from an ordinary, single-parent family, I went to an ordinary school. I didn’t really know anything about Oxford; I wasn’t somebody for whom it was always in the family or in my mind to go. It was a kind of unexpected turn in that way.

The book is really conversational and chilled in tone, is that hard to achieve when you’re delving into the details of Shakespeare’s plays?

I don’t think it is. I’ve had great fun talking to audiences before theatre productions and lecturing, which comes over much better if it’s more conversational. So I found it really easy and it was nice to write without a lot of footnotes which is what academic writing tends to have. It was quite liberating to write in a more spoken tone. I read the audiobook which was great fun because it came off the page quite well into speech.

Something you highlight is how thin the line is between comedy and tragedy in Shakespeare; if Romeo and Juliet were tweaked a little bit, it could be a comedy.

Completely. It’s a failure of timing right at the end. In the 18th century it was performed alternate nights with a tragic and with a comic ending.

You also call Othello ‘a comedy that goes horribly wrong’.

A lot of Shakespeare’s plays based on love and its difficulties – ‘the course of true love never did run smooth’ – are tragedies based on a sort of comic structure. I guess the comedies leave us at a particular point – at marriage or the bedroom door. What both Romeo and Juliet and Othello do is put the marriage within the play and then go further, and what happens, rather gloomily, is tragedy.

This is the sort of donnish bit in me. There are two things about comedy: one is humour and the other is a structure in which things are better at the end than they were at the beginning. Sometimes when I’m saying the tragedies come out of comedies, I feel as if it’s not so much that they come out of a funny world, but out of a world where it looks as if things could get better. But Shakespeare’s quite interested in the mixture of humour and tragedy and often puts comic bits in. In Antony and Cleopatra, just before Cleopatra takes her own life this comic lower-class character comes in with the basket of snakes that she’s going to use for her suicide. It’s a very dark moment in the plot but very funny. Shakespeare’s interested in not just comic relief, but how far you can switch back between tones in a tragedy. 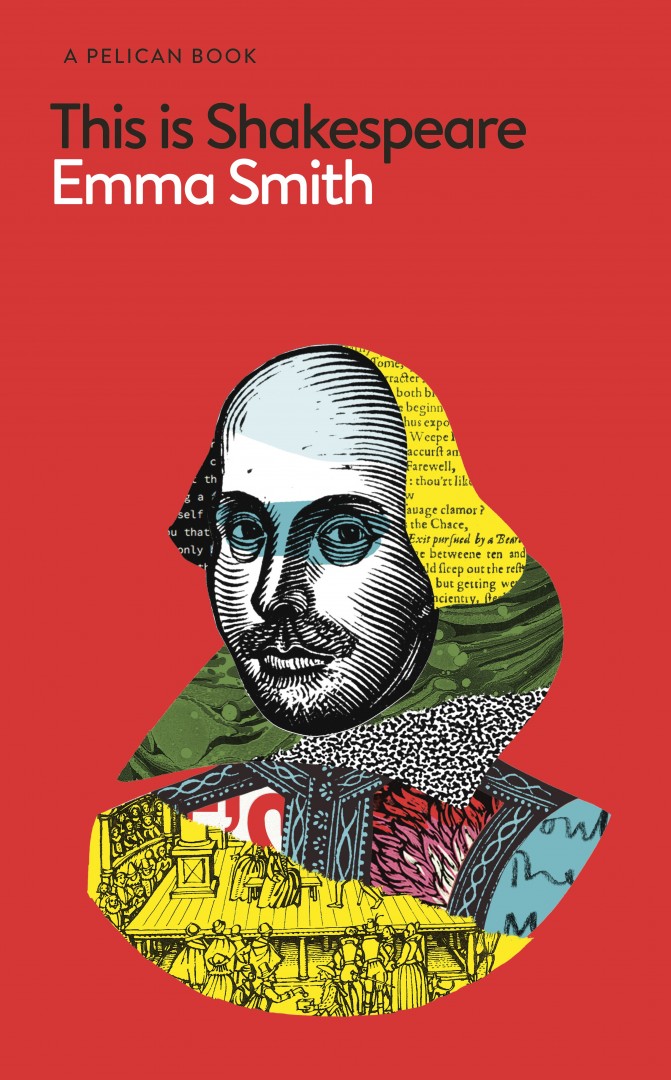 The book mentions a raunchy RSC production of A Midsummer Night’s Dream from which teachers removed the school children they’d taken. Did you see that production?

I did, I saw it quite early on, I don’t know if it actually got a bit toned down. I think that’s a really interesting example of how making A Midsummer Night’s Dream into the play that perhaps children experience first at school, actually restricts the kinds of things a major company like the RSC – that’s very dependent on school visits – can do. Part of my book is trying to say we shouldn’t leave Shakespeare to children because lots of what’s more interesting about it is quite grownup stuff. In A Midsummer Night's Dream the grownup stuff is really about sex. There’s a great illustration of Robin Goodfellow (Puck) where he’s not at all a sweet, dancing green man; the Elizabethan image of him is with shaggy legs, hooves and this enormous phallus – he’s a really cheeky fertility symbol. It’s a much ruder and raunchier play than perhaps we’ve turned it into.

You manage to get the phrase ‘bros before hoes’ into the book.

One of the reviews said they winced at that so perhaps it was a step too far. In some ways it expresses rather well the callousness and carelessness of the world of Much Ado About Nothing, the same world in Othello, a world in which shared male experience – particularly military experience – means men are more likely to trust other men than they are women. That’s exactly what I mean but I can see for some people it was a bit brusque.

You also compare Shakespeare to Friends and Star Wars – have you found modern references help people?

I think it can be helpful and sometimes it reminds us that the kinds of structures or story types Shakespeare uses are not so different from ones with which we’re really familiar now. We can think Shakespeare’s history plays need us to know all about medieval history and all that kind of stuff, but actually if you think about them in relation to a serial epic like Star Wars you can see similar characters, similar encounters, provisional endings leaving the play open so there can be a sequel. These are all things we’re really familiar with in modern entertainment and it helps us get alongside Shakespeare a bit more if we see the echoes there.

Who is your book dedicated to and why?

It’s to my partner [Elizabeth Macfarlane]. I think anybody who writes a book gets a lot of support and patience from the people close to them. In the wider acknowledgements I’m really keen to thank all kinds of colleagues and students and other friends – writing a book is always a bit of a collective effort.

What’s your favourite joke in Shakespeare?

The situational joke I think works most easily is in Twelfth Night. Malvolio has been tricked into thinking Olivia is in love with him but wants him to appear dressed in this very outlandish way, in yellow stockings and cross garters and smiling, which he does. She is bewildered by this change in his appearance and behaviour, assumes he must be ill and says: ‘Wilt thou go to bed, Malvolio?’ He of course thinks ‘whoopee, I’m in there’ and says: ‘Ay, sweetheart, and I’ll come to thee.’

This is Shakespeare is available now in hardback and as an audiobook read by the author.