The World From His Shoes

“In turbulent times such as these, he opines, it's all the more important to talk about and explore certain subjects in an open way”

Tom Allen is on the Scottish leg of his Absolutely tour when I speak to him. I perhaps unfairly associate comics with cynicism, so don’t really expect the level of excitement he shows for his present surroundings. “I'm in Ullapool looking out at the most fabulous view. The sun's out and it's absolutely incredible – stunning.”

He says that touring has its logistical challenges, “like when you're running to change trains at Doncaster – I don't know if anybody's good at that”, but he likes visiting the various locations.

He’s just enjoyed some “amazingly done” langoustine (with his support act Jake Lambert) from Ullapool’s Seafood Shack. “Things like that you just have to appreciate – the little moments. You have to be in the moment, I might spend all of next week on the motorway, but now it's lovely. And to be fair, I always enjoy going to different places, and audiences are always very lovely; so even if it's not as fabulous as today's journeying, it's still always worth it.”

A healthy wedge of his routine is about the fact he lives with his parents.

Apparently he is getting closer to moving out, though to do so could be perilous. “If I leave home, what am I going to talk about? Don't worry, Sam,” he adds, “I've got other material.” He’s also concerned about the company he might lack living elsewhere. “What am I going to do, live on my own? I'm always a bit scared of being a bit lonely.” Someone in his profession has days of the “strange, topsy-turvy” persuasion and works at night. “If I'm living on my own,” he asks, “who am I going to talk to all day?” As things stand, he can pop downstairs in the morning and chat to his mother “about the Food Network or whatever's on in the background”. All that said, “Maybe it would be healthier if I had a bit more space – I don't know.”

We talk about his recent gig presenting Bake Off: The Professionals, he was joined in hosting by former Great British Bake Off contestant Liam Charles. “Liam's so impressive – he's so young and he's done so much.” As a stand-up, he says, you always have a joke ready to dish out. So what was said by him on the show was possibly more planned than what was said by the “very natural” Charles. “He's got such a natural enthusiasm and warmth about him – and he knows so much about patisserie and baking, and yet was always keen to learn.” Regarding the chefs who competed, “hardworking and inspiring” are his choice words. “You want to gee them along,” he resumes, “and give them something to laugh about if they’re having a bad day. You want to get to know them as well. I think, for the people at home, it's more than just a cake show; it's about who these people are and why they’re so passionate about what they do. Some of the chefs had moved to the UK without speaking any English, and they'd got jobs in hotels and restaurants and just worked their way up to master craftspeople.”

Back to the live stage

I ask whether stand-up can get too political. “Stand-up is representing the world from your shoes,” he says. “If you feel you need to talk about the state of politics, I think people will connect with that. And if a comedian talks about it from their own perspective, how they experience something, I think that's very powerful.” However, he continues, he would be unlikely to encourage comedy of the illiberal kind. “Comedy is about being generous and learning to understand each other in a kind way, a human way.”

He wonders what I’d based that question on. I tell him I don’t know, before inarticulately pointing out that some big things have happened politically, and questioning whether there’s such a thing as overkill when it comes to comics talking about them. “Oh, I see,” he responds quite kindly. “Well, I suppose, yes, sometimes audiences can show a bit of fatigue with something. But I think it's our job to make whatever we're talking about accessible and enjoyable. Laughing always makes us take a step back from the situation, and look at the situation objectively.” In turbulent times such as these, he opines, it’s all the more important to talk about and explore certain subjects “in an open way – and hopefully we can learn to understand each other a bit more”. 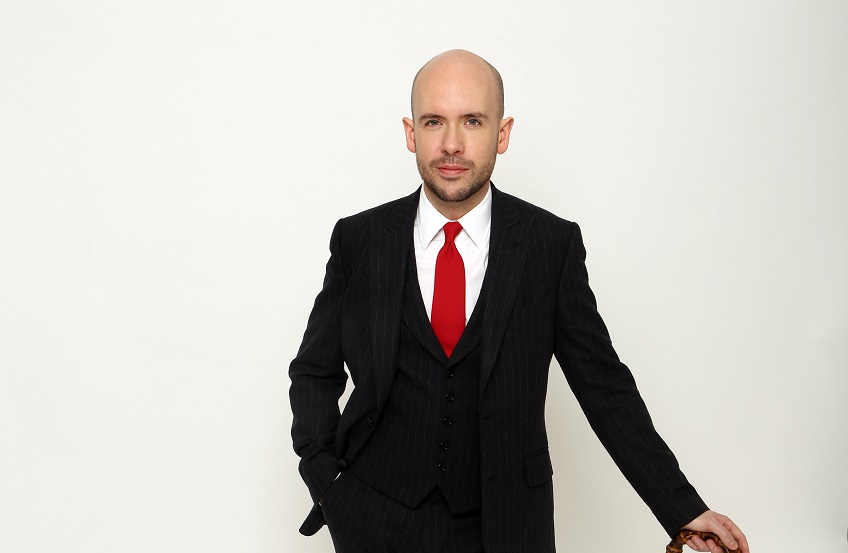 Organised annually by Alex Farrow and Harry Househam, the Oxfordshire Mind Comedy Gala is a partnership event run by Jericho Comedy to raise money for local mental health charity, Oxfordshire Mind. The countdown for the next instalment is on, and this year is certainly not one to be missed, with headliners including Rosie Jones, Angela Barnes and Esther Manito.