“It’s all about creating this magical fairy-tale kind of Disney-esque universe which is much prettier than the real world. ”

We spoke to Easy Life’s frontman Murray Matravers just after the release of their hypnotic track, Beeswax, from new album, Maybe in Another Life. We wanted to know all about the inspiration behind the music plus what to expect at Oxfordshire’s Truck Festival where they will be headlining this month.


We're talking ahead of your new album release, Maybe in Another Life, can you tell us a bit about this project and how long it has been in the works?

Not very long. One of the things that I wanted to do with this record is write it as quickly as possible and then put it out without any delay.

Well, the first album was very much like ‘best hits of Easy Life’, some of the stuff was written quite close to the release date but loads of it was old stuff that we had saved, and it all gets a little bit tiresome. With this one, I started writing it in probably January or February last year so there’s just over a year between its conception and its release. It’s good because it still feels really exciting for us and really raw.

I guess it just feels fresher for you guys.

Exactly and that’s such an important thing. We've literally just finished touring Life's A Beach which is over a year since its release. We still love it but it’s not as exciting anymore whereas for this new record we’re raring to go.

This new album is going to mark a new chapter in your career. Is it bittersweet to say goodbye to the Life's A Beach era.

Not really, I mean Life's A Beach is great, we learnt so much and it took us across Europe and America, but we're only ever excited about something we have just written. I’m sure it’ll be the same with the next album; I’ll be so over the one before it – it’s a curse you know because you’re only ever excited about what you've just made but yeah, we’re very much looking forward to releasing the new one. 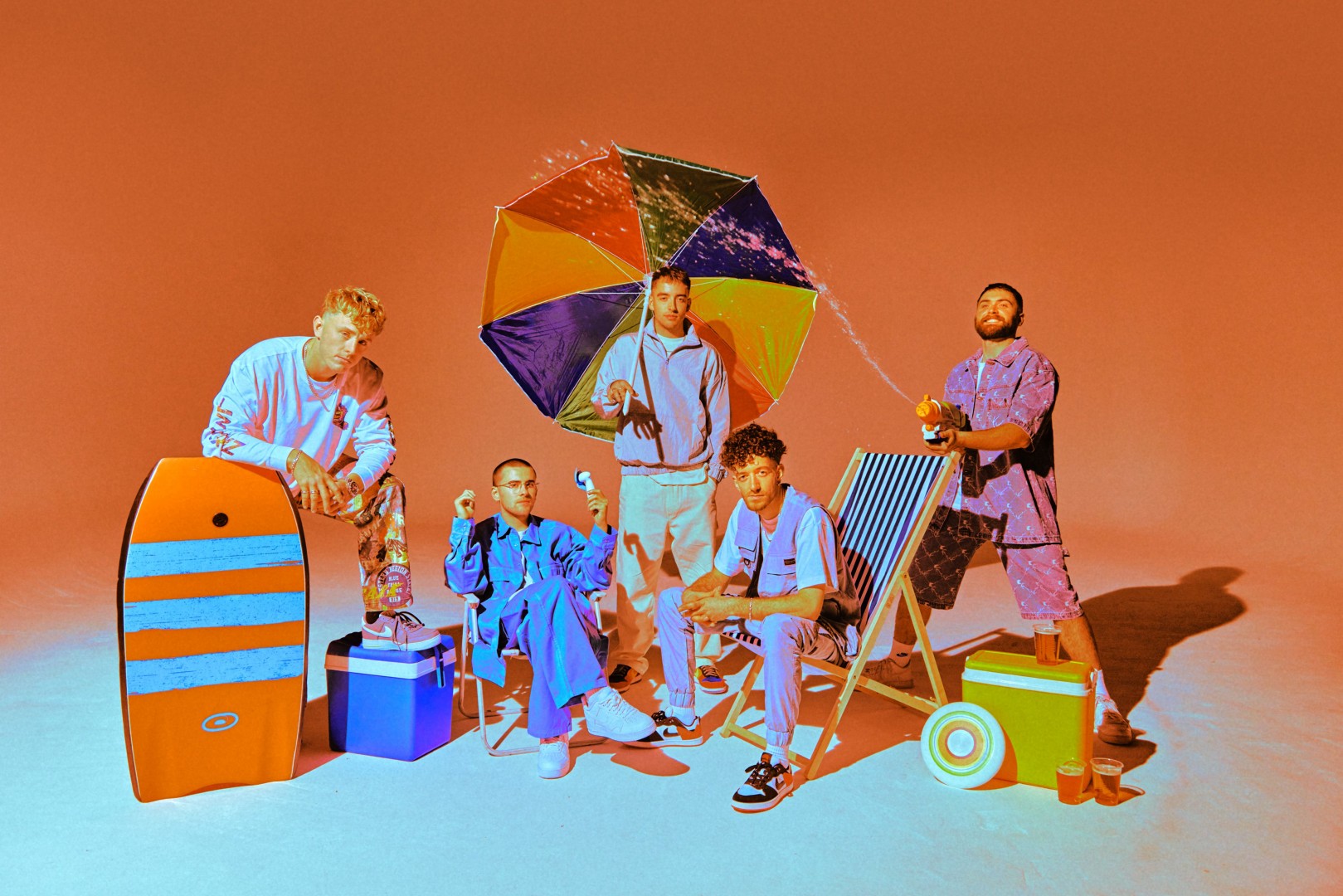 Where did the inspiration come from for this next album?

I kind of wanted to create a little universe and you'll see when we announce the visuals for the album that it’s all made out of clay. We made this whole world out of clay… well I didn’t, but this amazing Claymation designer from Leeds called Will Child did. When I first started doing the music for the album, I reached out to him and was like, ‘I would love for you to work on the visuals at the same time as I’m doing the music, so the two things really co-exist’. It’s all about creating this magical fairy-tale kind of Disney-esque universe which is much prettier than the real world. So much is going to happen between now and the release of this interview though; we will have released a bunch of stuff which is really exciting. We’ve got the second single coming out next Friday called Dear Miss Holloway and we might have even released another one by then.

And you’ll be coming to Truck Festival in July. What can we expect from your performance there?

We love Truck Festival it’s one of our favourites, and our best festival experience was at Truck. We had one of our first festival slots there a few years back and people really went crazy for us because it was relatively early on in our career. I can remember the audience at Truck being really up for it.

They do go hard, it’s a really sick festival so we've got a soft spot for it. It’s going to be wild, but I feel like the people that come to watch us will know what they’re in for. If it’s been a nice hot sunny day – which fingers crossed it will be – then people have got those summer vibes and they just go crazy. Festivals in the rain can also be amazing though because you've just got that like acceptance of the sh*tty British weather. We’ve played a few festivals where it’s just raining all over our gear, but I love those ones, too, because it’s like a punk show.

At festivals, a good 20-30% of people don’t know who you are so there is an element of trying to convince people, so I feel like maybe we have to work a little bit harder as a band but that’s a good thing. Festivals are just great though, everyone is always really p*ssed at festivals too, which I guess goes for gigs but…

…it's not like they have been drinking for nine hours already.

Going back to the beginning of your career did you have anyone who influenced you?

I’ve made music for as long as I can remember so I’m not really sure, but I think the obvious ones would be my parents. They’ve always been super-supportive as has my older brother;. He works within the music industry as well, as a music producer, and he’s always been a massive influence on me. Lots of encouragement from him and he’s taught me loads of stuff, so I definitely have to shout him out for helping me. I don't know what else I would be doing if I didn't do this and I’m really lucky to be able to. I’ve got a bunch of super talented friends who aren't able to make a living out of music which is such a travesty so I’m super grateful that I’ve managed to. 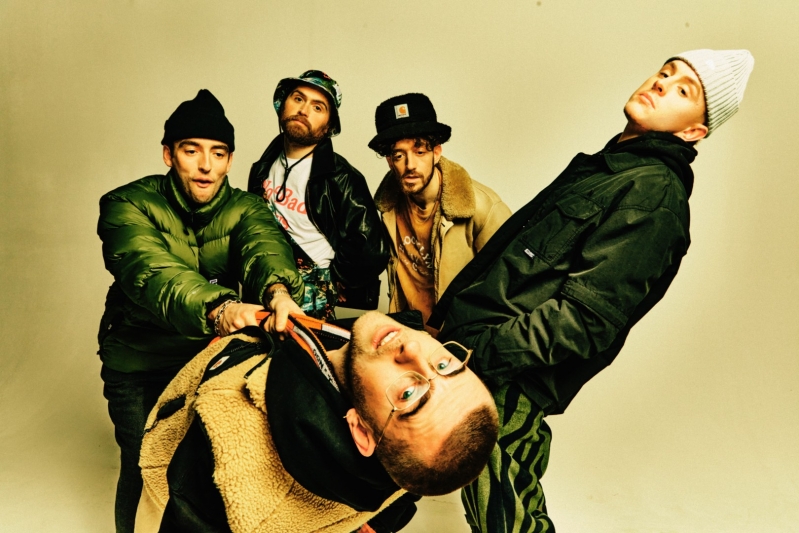 What do you think it is about Easy Life that sets that apart?

I feel like we have a pretty unique sound and dare I say it, I do hear a lot of bands and artists coming up now which I feel may have been influenced by us.

I was thinking that, especially the speak-sing vibe.

Yeah, I hear a lot of people replicating that now and that’s very flattering but also deeply frustrating. I feel like our attitude sets us apart as well because we try to create these worlds and universes visually as well as sonically and we tend to go really deep with them, and we inhabit these strange universes for each of our releases. We have so much fun with it too, I think that’s another thing: we could never be accused of taking ourselves too seriously and I think a lot of bands and projects could. We're just out here trying to have the best time and when you can see us live – especially at festivals – there’s an energy and an atmosphere of just pure enjoyment, that’s one of our biggest assets.

Who are you listening to right now?

The new Kendrick album. It’s amazing, I feel like it takes a thousand listens to be able to understand what he's going for and I'm probably on like my tenth listen now. I’m sure there are going to be loads of new albums dropped this summer, but Kendrick is just in a league of his own.

What’s next for Easy Life?

We're going on a world tour - believe it or not – which is mental. We're going to be travelling to places we have never been before. We're doing Asia and Australia, which is massive for us. I had barely visited anywhere outside of England before we started and a couple of the lads in the band are the same, so for us to be travelling is so cool. We’re going to Japan and I’ve wanted to go there forever, I can’t wait.