“Homelessness has been constantly increasing for about the last eight years. To be honest I don't have too much optimism AT the moment IN terms of homelessness AS an issue, just given the extent of how quickly it's rising.”

When walking through Oxford you can’t help but notice the scale of homelessness. It is a national problem, but one that seems to affect Oxford acutely. A complex array of factors contribute to the national increase in homelessness; though the glaringly simple truth is that cutting funding and closing shelters has exacerbated this problem grossly.

There is, however, an ingenious platform that stands to make a real difference. Greater Change, founded by Alex McCallion, is an app that allows anyone to give towards those in need who have realisable savings goals to help lift themselves out of homelessness. This cashless method has already helped many navigate hardship and get firmly back on their feet. We spoke to Alex about the work done so far and how we can all get involved – not just to give change, but to make change.

What’s your history with Oxford and how did you gravitate towards the homelessness issue?

I studied in Oxford and I started out by just speaking to people, sometimes giving change, sometimes giving food, that sort of thing. From there I ended up getting a bit more involved through a couple of friends who did the student homeless outreach and suggested I come along. I was talking to a lot of people who were rough sleeping and learning more about the barriers they were facing. I was also talking to friends about their opinions on giving cash and giving food. There seemed to be a dual problem where people weren't as generous as they could be because of worries around giving cash, then at the same time, people who were homeless were held back by certain financial constraints despite having realisable goals to get them off the streets. 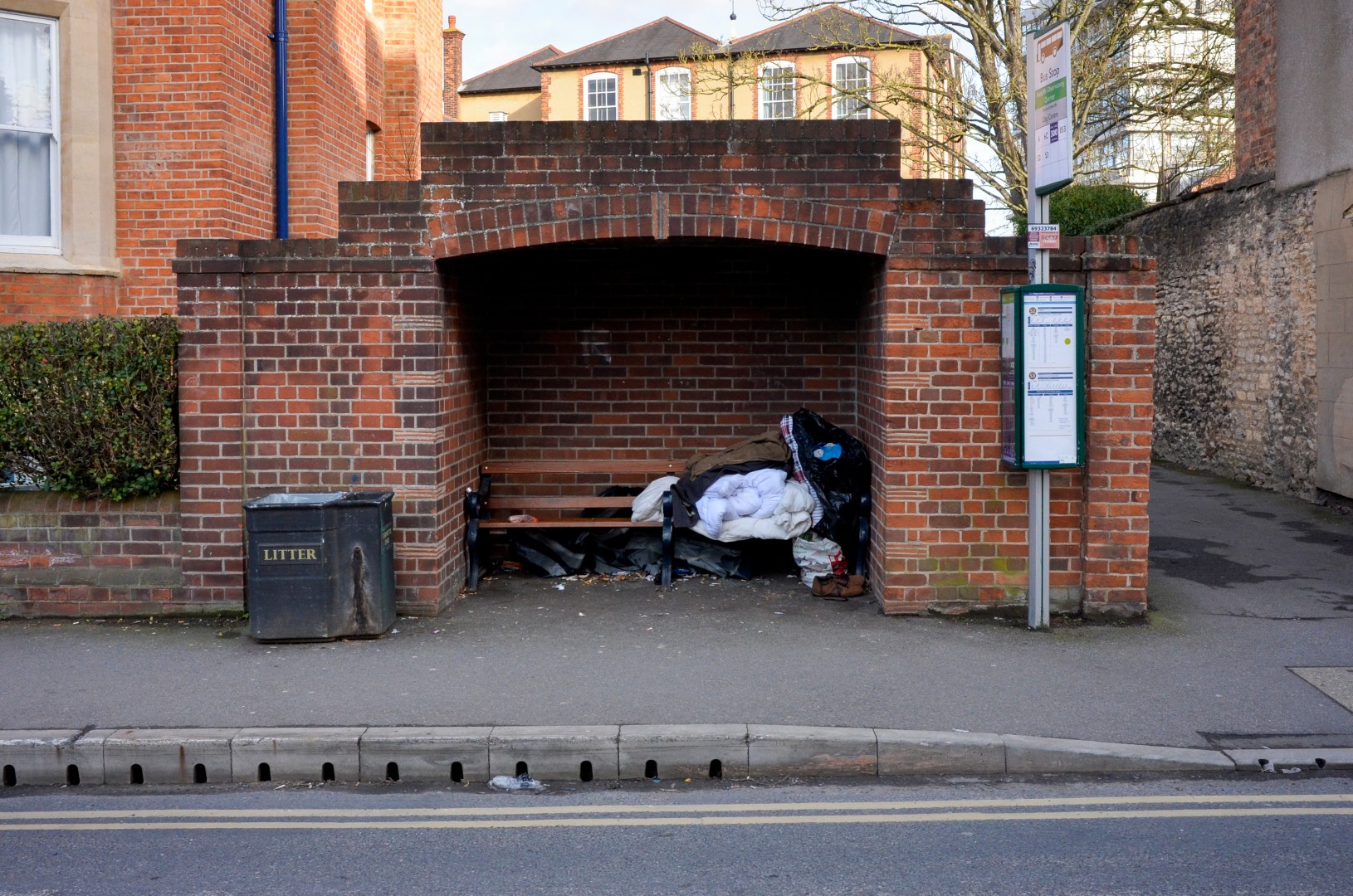 That combination got me thinking about a cashless, transparent way of giving where you could fund those things that would help people move on. From there I was interested to explore more, so started talking with more people about the idea, including local charities. There was excitement about it so I've just carried on from there.

How does Greater Change work?

People who are in night shelters, sofa surfing or rough sleeping will normally be working with a support worker and reasonably often they'll have a next step that can be really positive in helping them out of homelessness – documentation, skills training, rent deposits, this sort of thing. But also quite often, there's no funding available for that. Or, if there is funding available, you have to fill in endless forms. Some [applications] don't work out and by the time they do it's four or five months down the line and circumstances have changed. So there's a financial barrier. What happens then is that the support worker will go to Greater Change and say, "I'm working with this person, they have this savings goal and it will help them in this way, can we save for it?" – then we're able to support them in that.”¯A couple of people have fundraised on the streets through the app, but the majority of the fundraising so far has been on the website. You can go on the website, see what people are saving for, see any other information they want to share – if they want to dispel myths or talk about their goals – and then give directly to them to fund that specific savings goal.

So for example, somebody recently updated us on where they were at – they've been engaging with a support worker after sleeping rough in a tent. They had no ID and no address, so we funded a rent deposit on a house share and their identification documents and now they're in long-term stable accommodation.

Exactly. You get stuck in this permanent cycle. It’s catch-22 and there's not much of a way out of it without funding. Without going into technical details, a lot of people don't have the recourse to public funds.

Do you have any other success stories that stand out from your work so far?

So there are two elements to people we support. There are those who are rough sleeping, then also, when support workers know that somebody will immediately be becoming homeless, they then make referrals to support the person in moving into different accommodation. There was somebody who needed to move out due to an abusive relationship, but she didn't have anywhere to go, and there was no funding to move her on to other housing. So we funded the deposit to move her to different accommodation. Then there was a similar situation where somebody had to move out because he didn't have a job to pay the bills and had nowhere to go, so we funded training and within about four or five days, he had employment in his area.

Coming into 2019, do you have much cause for optimism?

I'm not too sure what to say on that. Homelessness has been constantly increasing for about the last eight years. To be honest I don't have too much optimism at the moment in terms of homelessness as an issue, just given the extent of how quickly it's rising. I think one area of optimism perhaps is that because it's been allowed to get so bad for people, it's now extremely visible and higher up the agenda, so hopefully will be addressed in a more sustainable and comprehensive way. But that's a bit of a stretch – to be optimistic because things have got so bad.

Hopefully the night is darkest before the dawn. Thanks Alex.

Visit greaterchange.co.uk to find out more about the people they support. Read their stories, get to know the philosophy behind the project and see if you can’t help make a change in someone’s life.

Cirencester Foodbank have released their 2021/22 Cotswold Food Poverty Report which details how the global pandemic, followed by the war in the Ukraine and rising costs in food, fuel and energy are affecting food poverty in the South Cotswolds.