“A story with people marrying, dying and moving house left, right and centre.”

It seems rather callous to be chomping away on Babybels as someone wastes away before you, but such is the way when you can bring a picnic along to an outdoor production of Wuthering Heights. Lamplighter Drama has joined forces with Oxford Shakespeare Company to stage the Emily Brontë classic, as adapted by April de Angelis, in Wadham College Gardens (far too pretty for the story). The aforementioned thinning character is of course Cathy, played by Alice Welby who excellently illustrates her childishness and mental worsening. Opposite, Tyler Conti captures Heathcliff’s vulnerability and heartache, even if on a few occasions his Yorkshire accent goes a bit south (not wholly unlikely, I guess, given the amount of time he spends with the very southern Cathy). 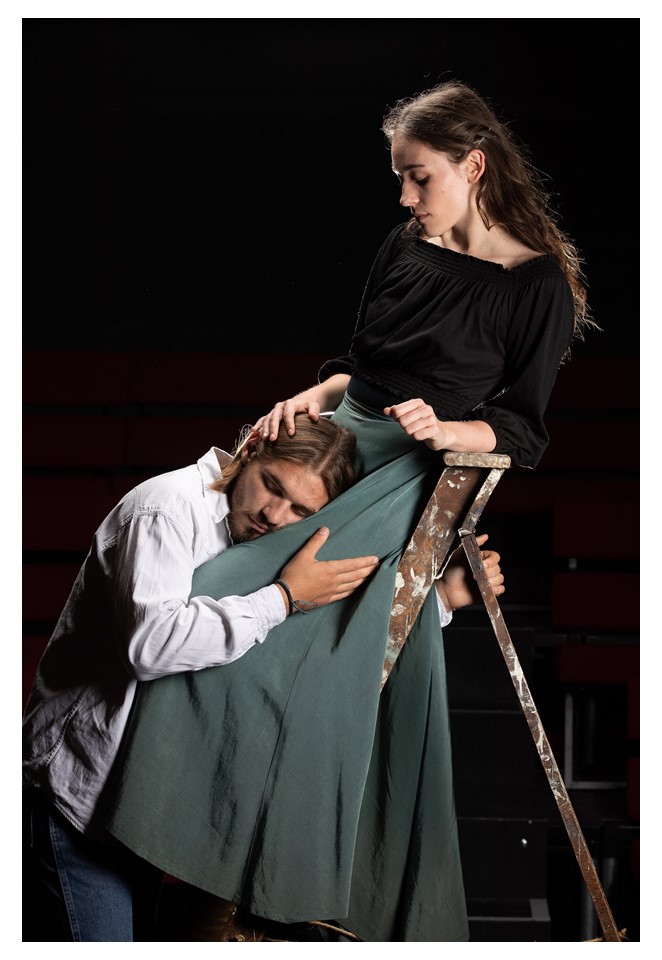 James Sheldon is an important piece of glue as Mr Lockwood, and supplies a sizable chunk of the production’s funny moments while he listens to Nelly Dean’s tale. Helen Belbin, portraying the latter, gives the standout performance. Hugely likeable and pleasingly feisty at points, you’re sucked into her tale like Lockwood is. There are regular points in which Nelly alone explains to Lockwood, and the audience (of which he sits in the front row), just what is going on. De Angelis’ script is sympathetic to us – welcome in a story with people marrying, dying and moving house left, right and centre.

Pete Flood’s original score is played live by the multi-talented cast, who also create impressive sound effects – the best being Rachel Winters’ crying baby. Ladders are appropriately and imaginatively used throughout; for Welby to climb so as to knock on Heathcliff’s window, as the roof of a chapel, and to make the sound of someone knocking on a door. Costume changes are slick, taking place behind clothes rails which stand in sight of the audience, adding to the travelling theatre company vibe this Michael Oakley-directed production has.

I believe Wuthering Heights gets a smidgen duller after Cathy dies, but the show does enough to keep me engaged following her passing. The first half feels busier, with more to see, and as a result for me is more engaging. This is not to say Act 2 disappoints during a strong and resourceful piece of theatre in which each cast member is there for each other. If one of them is miming something, another is making the sound effect; if one is changing costume, another is assisting them. Strange the ensemble feel should be so strong in a tale so rife with loneliness.

Wuthering Heights is at Wadham College Gardens until 17 August