It’s not just us here at Fyne Associates who are celebrating a special birthday; in 2022 Oxford’s esteemed and highly acclaimed literary competition – The Mogford Prize for Food and Drink Writing – will celebrate its 10th year. Originally founded by Jeremy Mogford, the entrepreneur and face behind The Oxford Collection, the competition has since opened opportunities for countless emerging writers across the globe. We took this opportunity to ask Jeremy about his decision to base his business in Oxford and also to speak to Dr Mariah Whelan; writer, editor, teacher, and mentor for applicants to the Mogford Prize, about this special anniversary. 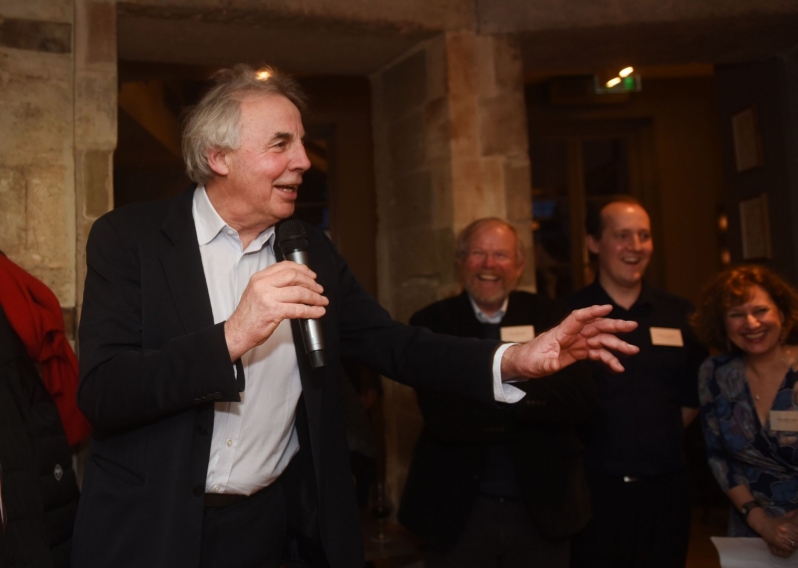 The Oxford Collection has become foundational to the Oxford life and aesthetic; was there anything in particular which enticed you to the buildings in which your establishments are housed?

Yes. I like the challenge of breathing new life into old and – in particular – listed buildings, and I have introduced hospitality into buildings that didn’t originally have that use, all throughout my career.

Known for its bustling, social atmosphere, what do you think is the most important thing to keep in mind in order to successfully build the ambiance that The Collection has?

The successful recipe for a successful restaurant, bar or hotel is an amalgam of many important ingredients and not a result of one ingredient alone. Of primary importance is the commitment and quality of every member of staff in the business. Second is the quality and skill in the product; ie, the dish, drink, or bedroom. The third is the design, atmosphere or interior and the fourth is the location.

Many of our 200+ ‘collectives’ have been with the business for many years, and they believe in the ethos, philosophy and knowledge that we are one of the best in the business.

What drew you to Oxford as the home for the Collection…

I first came to Oxford when I opened Browns in the city in 1976 after opening my first restaurant in Brighton. Oxford was a logical place to open Browns and I selected it as the headquarters for the group. I then went on to develop the Browns group before selling it to Bass Plc. Whilst I was here, I had the opportunity to open the Old Bank and I already owned the Old Parsonage and Gees. Since then, I have decided to concentrate on those three businesses. Since being in the city, I have had a longstanding link to literary Oxford, so I decided to set up the Mogford Prize.

Dr Mariah Whelan; writer, editor, teacher, and mentor for applicants to the Mogford Prize tells us more about this special anniversary. 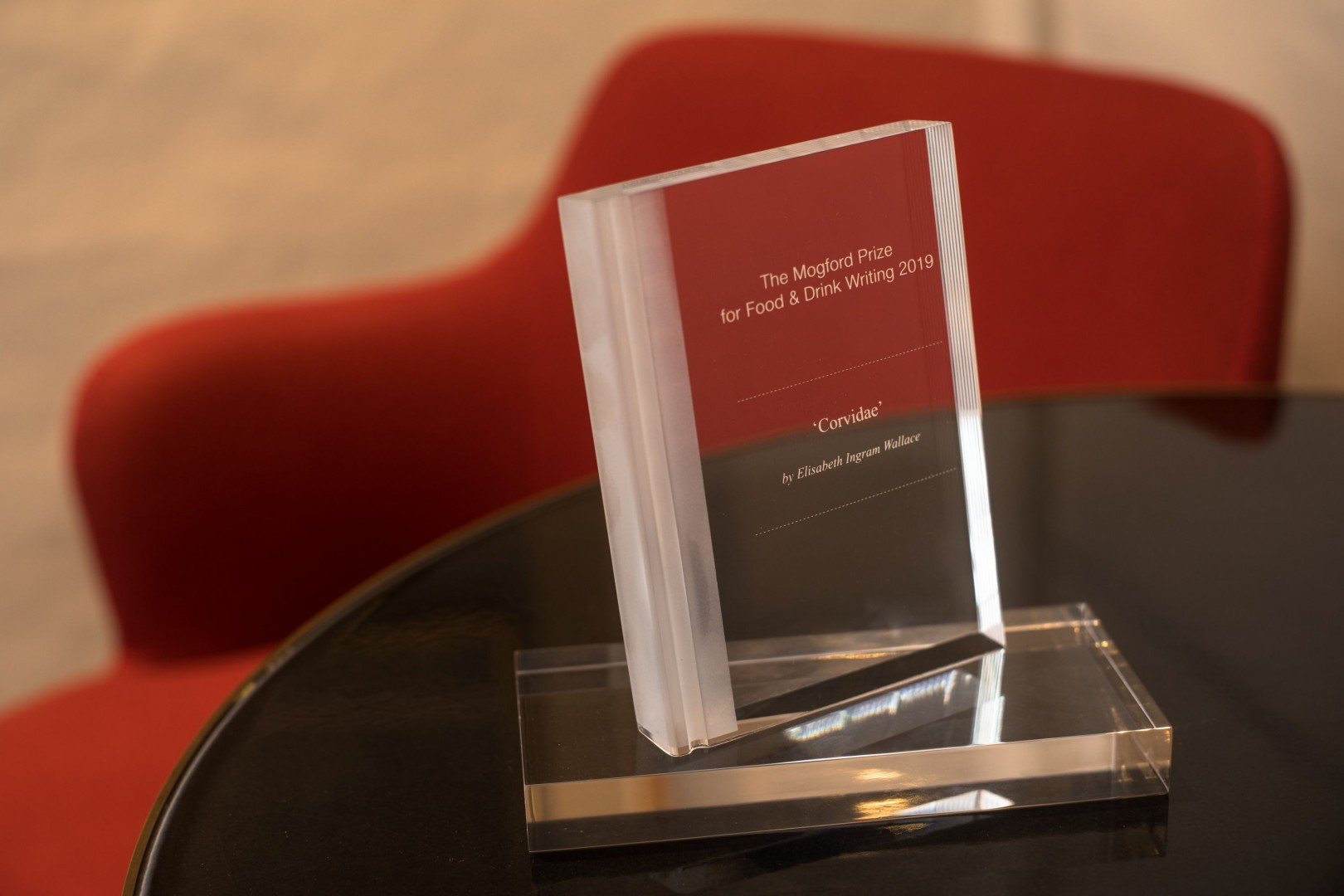 Can you tell us about yourself and your involvement in the Mogford prize?

I’ve spent the past decade building a literary career for myself, and primarily that’s focused on writing, improving my craft, and getting published but it also means taking on some different roles within the community because it’s very rare to make a living purely off your writing. In terms of what I do for the literary community – in Oxford and nationally – I'm all about little bits of teaching. This comes in the form of helping other people become writers, putting on literary events where authors and their work are showcased and also running competitions which is something I’ve only recently become more involved with. Competitions play a really important part in a writer’s life; it’s a superhighway that takes your writing to exciting new places. I'm all about creating supportive and productive relationships between writers and the competition. When the Mogford prize got in touch and asked me to get involved I was very keen to do so, I knew from working in the literary community how much of a role Jeremy has played in supporting writers – particularly in Oxford but nationally as well. So, my role in the Mogford prize is all about making sure authors from across the globe are accessing and taking advantage of the Mogford prize’s resources and opportunities.

This year marks the tenth anniversary of the prize; what are the main changes you have seen within the literary scene of Oxford?

That’s a nice question for me because I’ve been writing professionally for a decade, so my writing life spans that of the Mogford Prize. A really lovely change has been watching people who were emerging writers ten years ago, become major players in the literary scene. People like Daisy Johnson who was shortlisted for the Man Booker Prize, and Kiran Millwood Hargrave. There are lots of Mogford writers as well who have a strong Oxford connection like Jane Cammack or Laura Theis who have had this wonderful transformation into really key writers within the literary scene. 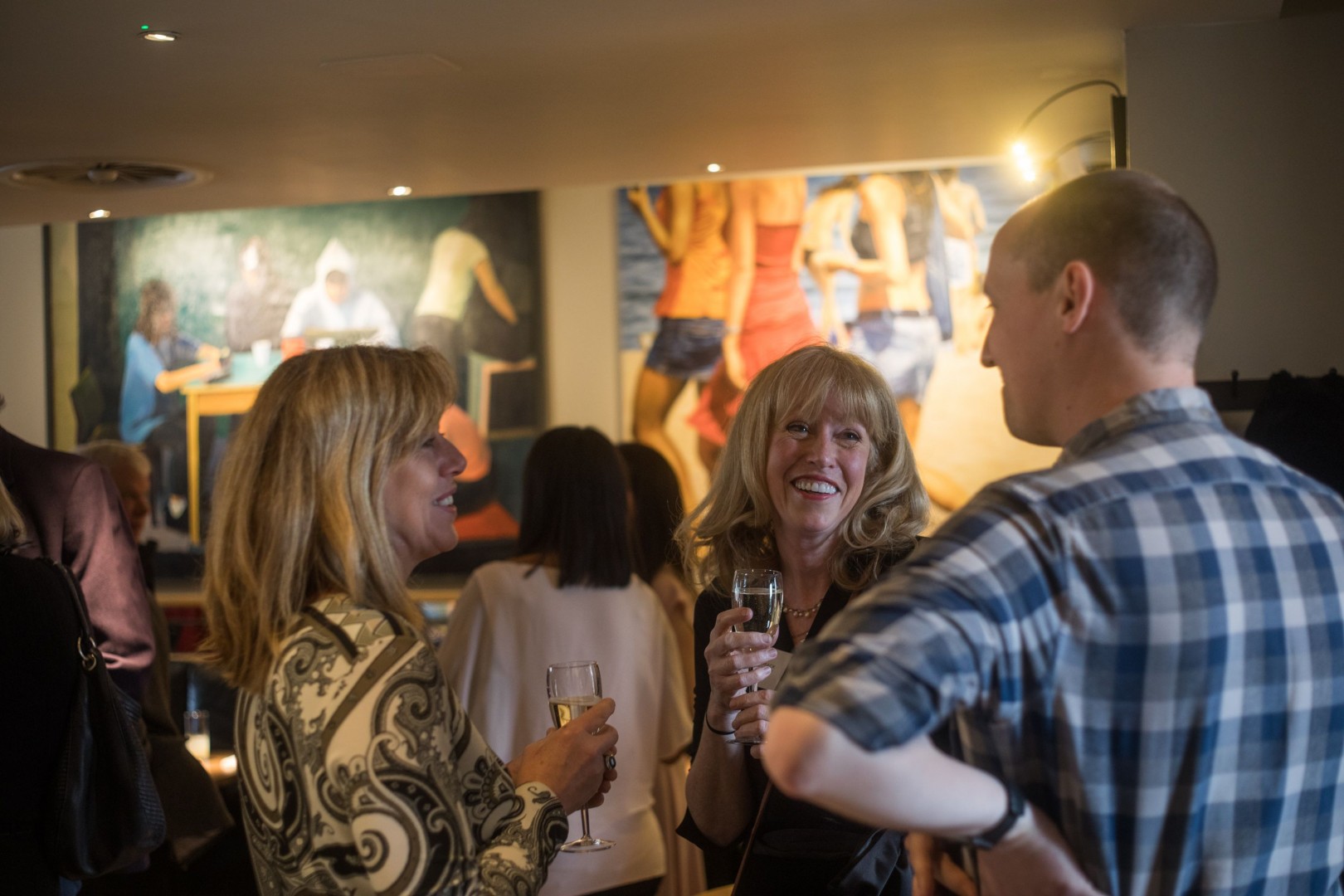 Has being part of the competition allowed you to explore your favourite parts of literature and short stories?

The Mogford prize has given me access to all of these short stories of different genres which I love reading for the pleasure they give. I get to read horror, suspense, thriller, and historical fiction in nice 2,500-word chunks which is great – it’s really diversified my reading life.

What do you think it is that makes the Mogford prize stand out from other literary competitions?

First of all, the Mogford prize is all about fiction that in some way involves food and/or drink, so that is a challenge that writers have to navigate and approach creatively which is really exciting. It’s also a prize that publishes the winning stories in booklets which are in the Oxford collection hotels, so there’s a guaranteed audience for you and you know who they are – that’s such a rare thing as a writer, to know exactly who you’re targeting. Finally, it’s different because it’s open to anyone around the world at any stage in their career which is really rare. You can't enter the Man Booker prize yourself, an agent or publisher does it on your behalf, but this prize is open to anyone.

How does the Mogford prize go about selecting the judges for each year?

They have a really good balance of literary expertise, and interest in food and drink. So, each year the prize looks for not only acclaimed writers but also TV personalities and judges who are working within the food and drink industry. In previous years we have had Steven Fry and Dame Mary Berry and that makes for some really interesting combinations. This year we have the wonderful Sir Michael Morpurgo and TV's Andi Oliver.

Do you have a favourite film, book or TV show that shares its theme with the competition?

I think my favourite food and drink themed novel is called Like Water for Chocolate by the Mexican writer  Laura Esquivel – that’s a great book.

What are you currently reading?

Do you have a favourite place to read or write in  Oxford?

I was born and grew up in Oxford, so a lot of my early writing was done in cafes in and around the city. What I look for is a mix of somewhere quiet enough that I can get writing done, but I also like to be in a place where there are people popping by and I can get inspiration from observation. In Oxford, my two favourite places are probably the Bodleian Library which has such an interesting cast of characters walking through it every day, and I also love the libraries at the Old Bank and the Old Parsonage – they’re lovely spaces to get a coffee and write in. You need some  energy, don' t you?

If you could give one key piece of advice to Mogford prize applicants, what would it be?

Read the rules, read the rules, read the rules. I work with a lot of emerging writers and students who get so upset because they spend so much time crafting these wonderful stories, they send them off and then they get the ‘no thank you’ and they’re absolutely devastated. Nine times out of ten, it’s simply because they were not aware of the exact rules, or they haven't done their research on what kind of stories have won before.

What would you say is the main lesson you’ve learnt through out your career?

Making a career out of writing is a numbers game. For every yes, you will probably get ten noes, so aim for 100 noes a year and you'll probably get enough yeses to start making a career. You get tough as old boots though; I get rejection now and I feel nothing!

Is there a big  winner’s celebration being planned for the 2022 Mogford prize-giving?

If you've ever been to one of the Mogford prize-giving parties, you'll know what a glamorous, fun, and lively role they play within Oxfords literary scene. Jeremy is so generous and welcoming, helping people to make connections. Providing there are no more restrictions, there will be a slightly different type of celebration in 2022 because it’s going to have to accommodate all the shortlisted candidates from the years that we missed. Details about what it will entail will go up on the Mogford prize website and social channels closer to the time, but it will be fun, I know that much.

The submission deadline for the Mogford prize is 12 January 2022, why not give it a go?