“step aside Willy-Wonka: this is every bit as amazing as a chocolate river”

2021 is a special year in Oxford: it’s  both  the 20th  anniversary of production at ‘Plant Oxford’,  as well as two decades since the modern Mini design was launched (although it was in the 1950s that the classic and instantly recognisable model became known around the globe, rolling off Cowley’s production line on 8 May 1959).

In fact, it was just over a hundred years ago - in 1913 - a young cycling enthusiast, William Morris, made a decision to establish a car plant three miles from the Dreaming Spires. The first car produced was a two-seater ‘Bullnose Morris’ assembled on a stationary production line and in the post-war years Morris’s Oxford produced many types of car as demand for cars boomed 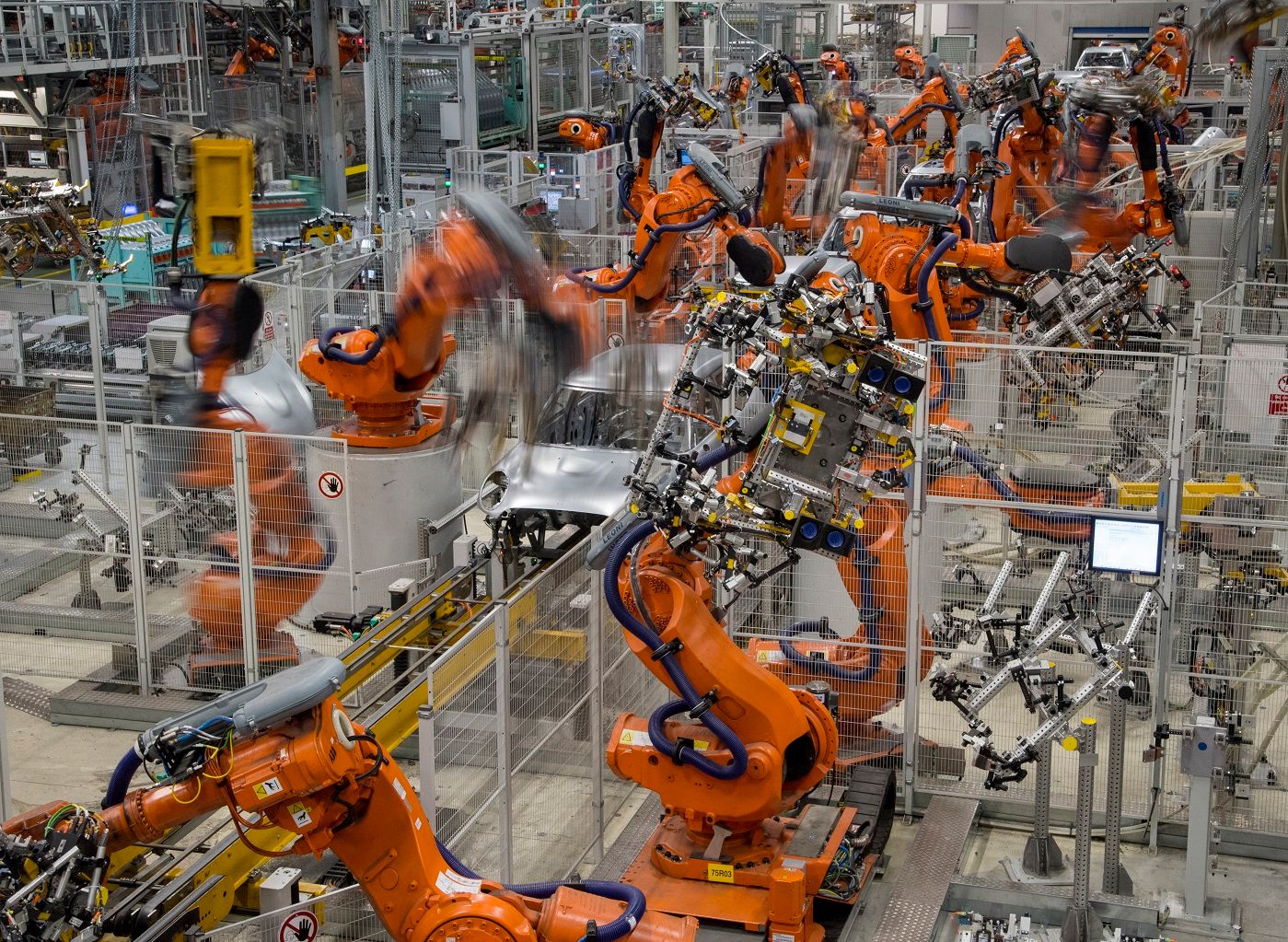 Today the factory is owned by BMW and most of the Minis you see on the roads – whether in Ontario or Outer Mongolia – will have been made in Oxfordshire (Convertible and Clubman models are the exceptions; they’re manufactured in Holland.)

The factory consists of three manufacturing zones – a body hall, a painting area and a final assembly section where the painted shells are transformed into spanking new cars that are driven off the production line – one every 67 seconds – each a different pre-ordered permutation that is specific to a customer somewhere around the globe. That’s a thousand new cars every day; no two the same. After a quick spin around a test track, the majority are loaded onto a Mini train at a station in the factory itself which, apparently, saves 1.4 million lorry miles per year.

Inside, the technology is state of the art: in order to be allowed into the inner world of automotive manufacture you need to put your phones and cameras aside. Then, step aside Willy-Wonka: this is every bit as amazing as a chocolate river and it’s real. 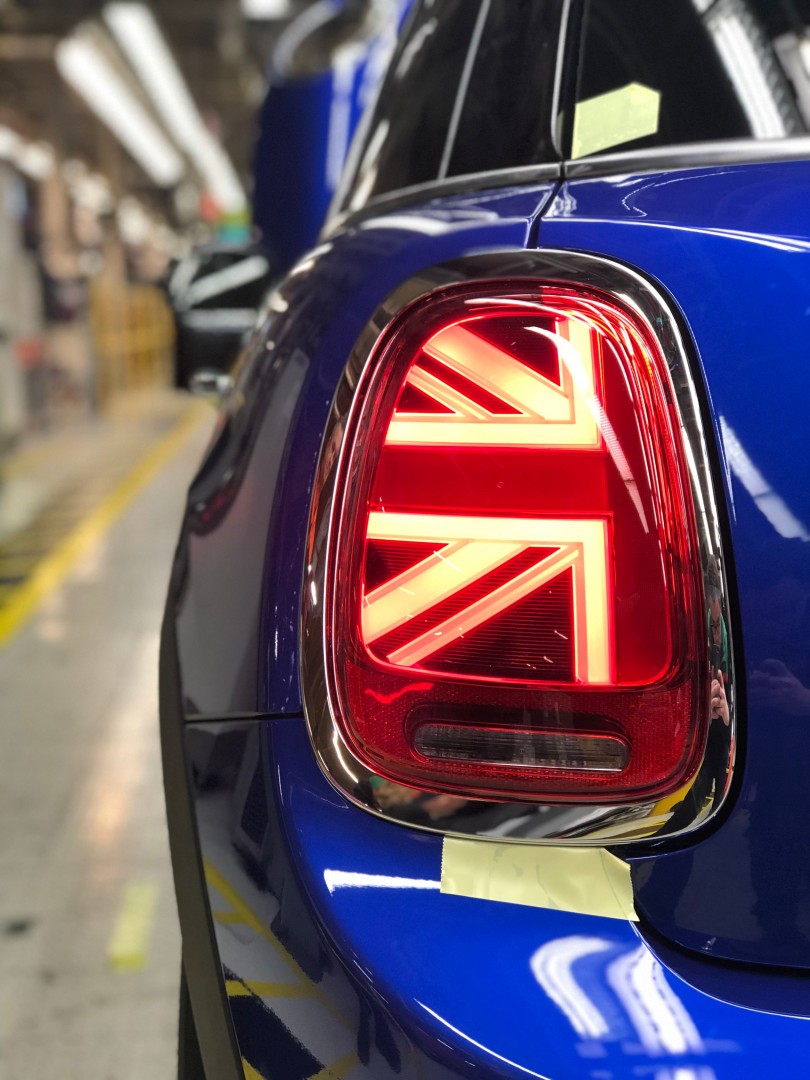 First there’s the Body Hall, a vast space the size of multiple football pitches in which hundreds of teams of ultra-advanced orange robots makes the Oompa-Loompahs look inefficient and out-dated. Once inside you can’t help but gasp at the sheer scale of the operation. You could almost have stepped into a science fiction film: watch a sea of a thousand orange arms twist and turn, wield and weld (as many as 6000 spot welds per car). It’s as if an army of perfectly behaved storm-troopers have been crossed with transformers: metalwork moves all around you and overhead, and the possibilities are endless as dozens of constituent steel parts are welded together with precision to create the frame of a Mini which will, by tomorrow, be a glistening vehicle with its own unique personality.

There are approximately 4,000 different parts used in the production of the various varieties, and the speed of production, accuracy and logistics at the plant are both eye-opening and mind-boggling. Occasional sparks fly – which adds a sense of drama – although generally it’s when a speck of dust is caught up in a spot of extreme heat, rather than because the robots are tempersome.

The car shells then pass into the Paint Shop, which visitors aren’t allowed to enter in case they emerge on an inappropriate chemical high or a different colour (we all saw what happened to Roald Dahls’ Violet Beauregarde). This facility was the UK's second biggest construction project (after the Millennium Dome) and cost £80 million. Inside, any dust is cleaned with ostrich feathers from the female (they have better standards of self-grooming and are less aggressive when their feathers are removed).The length of the conveyors is an estimated 16km and over nine hours (or thirteen for a two-colour car) three coats of paint are applied and baked on before each car reaches the assembly hall where it is married up to engine and accessories and is ready to roll, out onto the roads, in Oxfordshire and across the world.

Many people have considered buying a brand new car for the first time in recent months. This is because of the way the second-hand market for cars has changed over the last couple of years. Basically, demand has outstripped supply to some extent meaning that prices haven't always been as favourable for pre-loved cars as they might have been in the past.

It’s all about ‘Mini Madness’ at the British Motor Museum this Easter from 9 -24 April with a host of exciting Mini themed family activities! Families can explore the Museum on a Family Trail, join the Mini mad characters on a family tour or design and make a Mini in the air drying clay workshops.