A Walk Along the Thames in Oxford

“discourse turns to one of the city’s most famous children; Alice ”

Not only does a good walk raise the spirits by getting you out and about in the fresh air but a guided walk through the city invariably yields some fascinating facts about Oxford, even to its residents.

Walking Oxford, a new book by Vicky Wilson (Metro Publishing) crams 1,000 years of the city’s history into eight walks. We have five copies to give away (Click the link here) and are delighted to share an abridged copy of Walk No8 (Along the Thames: power and pleasure) in this month’s issue. For the full version, go to our website [link] but here’s a taster… 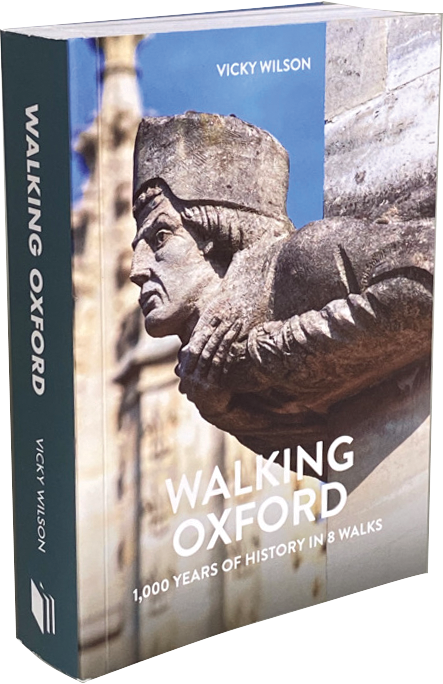 Starting at Oxford Station, this three-and-a-half-mile walk invites you to turn right, into Botley Road over Osney Bridge and down the island’s East Street towards the river past the magnificent Electric Lighting Station (1892) and popular Osney pub, The Punter (1871). 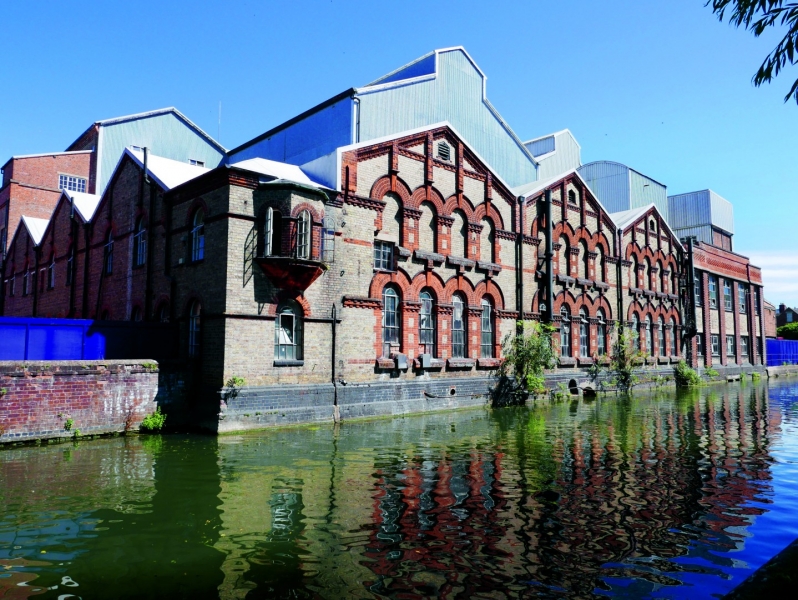 Along the river the history of this section of the Thames is expanded upon and as Grandpont comes into view the discourse turns to one of the city’s most famous children; Alice, and her creator, Lewis Carrol (Charles Dodgson) who was friends with neighbouring Christ Church’s Dean. Following on through the College’s meadow with its glorious boat-houses (and a side note on the famous Boat Race), steps are retraced back to Folly Bridge and the curious toll house opposite the Head of the River pub. 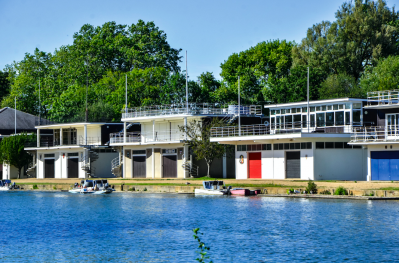 Here you leave the river to progress up St Aldates noting the Morse link with the entrance to the Thames Valley Police headquarters, toward Rose Place and on to Brewer Street, where Dorothy L Sayers’s father was headmaster of the Cathedral School. There is some detail on the architecture of the Jesuit Campion Hall, juxtaposed by the modern glass over-street bridge installed by Pembroke College in 2012. Turning into Pembroke Street, the pretty coloured houses are noted before reaching the square and St Aldates church, opposite which you’ll find Sir Christopher Wren’s Tom Tower, entrance to Christ Church College. 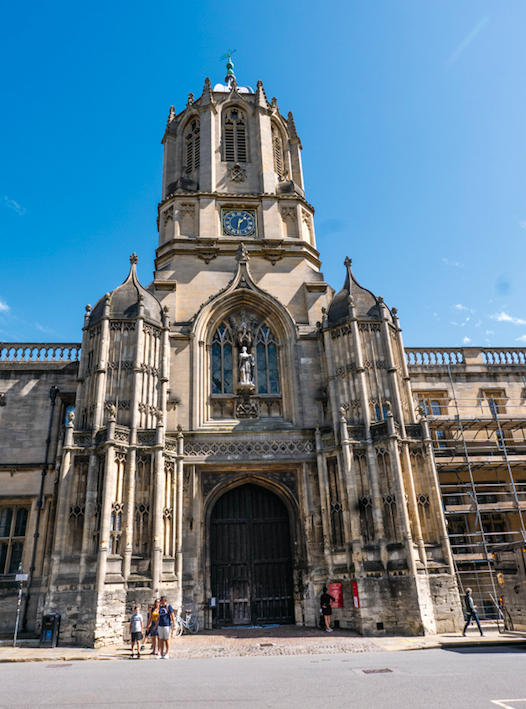 Turn once again, back down Pembroke Street, passing the Story Museum and Modern Art Oxford, taking you to St Ebbes and the delightfully named, Turn Again Lane, and from there, on to Paradise Street with its richly carved gateway. 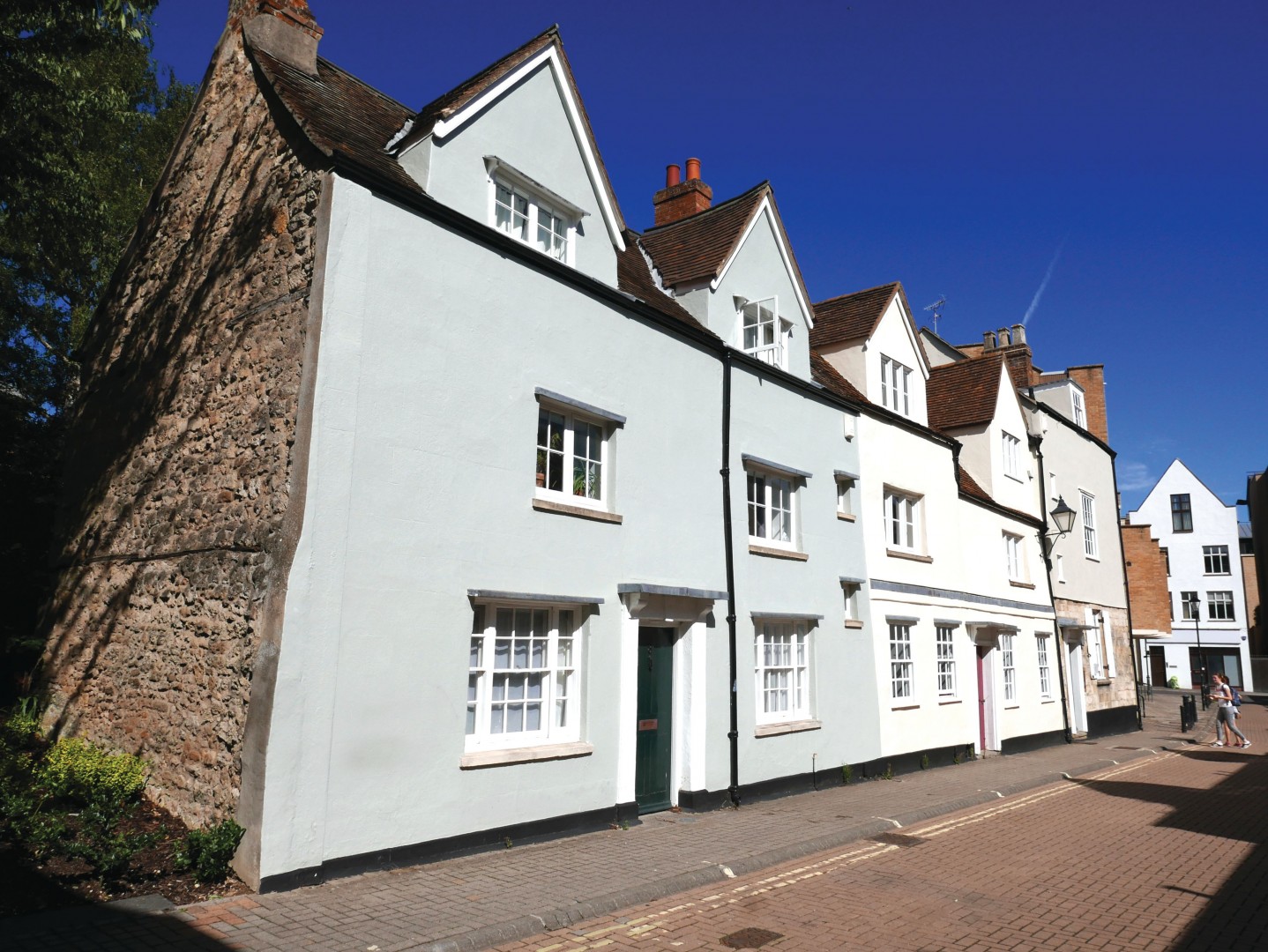 Over the road and you reach the Jolly Famers – Oxford’s oldest continuously operating gay venue –– – and then on, past Oxford Castle and across Castle Mill Stream at Swan’s Bridge, former site of the Swan Brewery and along to the 13th century Quaking Bridge and towards Fisher Row. 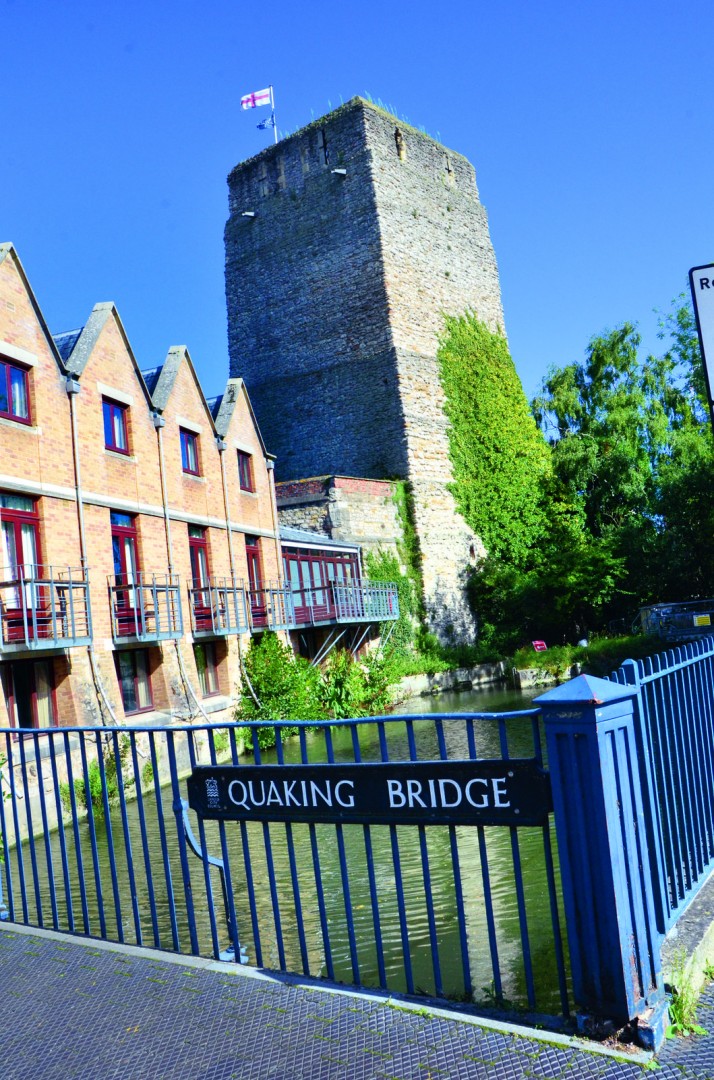 Here you’ll find Fox’s Malthouse, owned by yet another brewery, the Lion, which was sold to the Morrell family in 1790. Further up the stream we cross at Park End Street and then down Hythe Bridge Street, where in the early 13th century, the monks of Osney Island constructed a wooden bridge, later replaced and now an iron construction dating from the 1860s. From there, continue down to the windlass sculpture by the canal just a few minutes’ walk from your starting point, Oxford Station.

A Walk Along the Thames in Oxford

Not only does a good walk raise the spirits by getting you out and about in the fresh air but a guided walk through the city invariably yields some fascinating facts about Oxford, even to its residents.