“Music Should Be for Everyone”

“I’m not going to be retiring. I feel there’s so much more I can do to help”

The Perfect Place to Exhibit Art in An Intriguing Garden

To celebrate turning 70, this year Julian Lloyd Webber released a hand-picked three-disc collection of cello favourites. Featuring his renowned recordings spanning over two decades, The Singing Strad captures the Brit Award-winning cellist at the height of his powers. He also joined Classic FM in 2021 for Julian Lloyd Webber’s Rising Stars – which championed 30 amazing classical musicians under 30 – and only recently stood down as principal of Royal Birmingham Conservatoire after five years in the role. The word retire is “kind of meaningless to me”, he told OX, following discussion of today’s young musicians, the mental health of performers, and the “full of fun” Jacqueline Du Pré.

We were just listening to your Classic FM series about today’s young musicians. What are the differences between them and yourself at that age?

One of the main reasons I wanted to do this series is because there is one huge difference, which is at the moment young musicians just haven’t had the chance to be out there playing. That never happened to me, when I came out of music college, I could take advantage of all the opportunities that  were out there. For the last year, slightly more now, there haven’t been any. So, I felt something really needed to be done. Classic FM immediately took the idea, they were very supportive, it’s one of those ones where you think ‘why haven’t we done this before?’ One thing I found quite extraordinary was the standard of the musicians – it’s quite frightening actually – there is incredible technical perfection that seems to be taken for granted, but yet that’s such a difficult thing to achieve on instruments. But it makes it easier to choose 30 musicians under 30, because there are some musicians that just spring out at you for their gift of communication, an unusual quality. It’s not about looking at whether people can play notes or get everything right now, because they all can, so it makes it slightly easier to find that little bit extra. 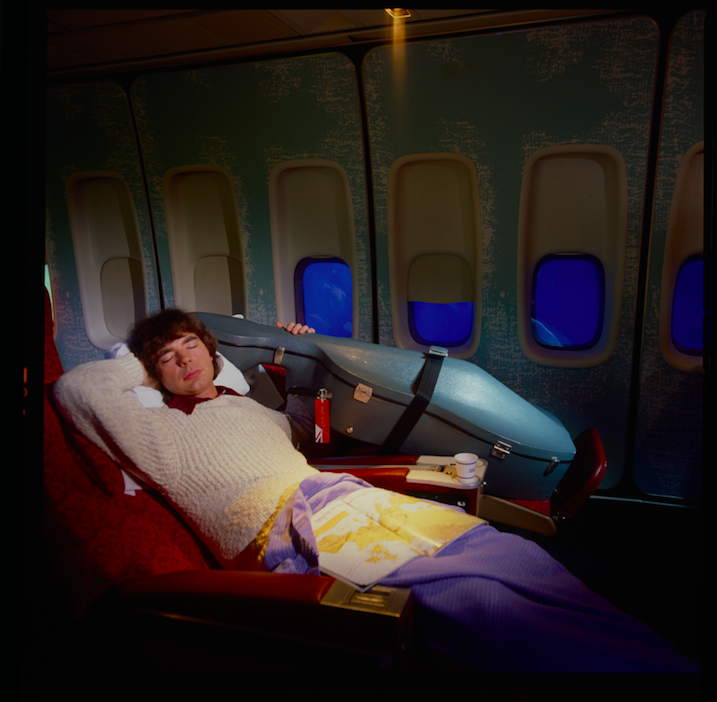 You said on one of the shows that you thought you were from a musical family until you learnt about the Kanneh-Masons… how are musical families like that formed? Is it akin to families of lawyers, builders, or writers?

There have always been massive traditions of things being in a family, whether that’s going down a mine or being a sportsman. In music, and lots of other things, it is about access. I believe music should be for everyone, that’s been an absolute cornerstone of everything I’ve ever done in music. Because I got very involved with music education projects – I became very passionate about it – that enabled me to get the job at Royal Birmingham Conservatoire.

How has the past year affected your work in music education?

It was a real challenge leading a group of 1,000 students, both music and acting, because it’s obviously such a challenging time for them. At the Conservatoire we had to take a very difficult decision about their graduation and their graduating programmes. Students work to live performance of everything they’ve prepared over four years. Some were devastated they couldn’t perform live to an audience and we had to help them through that. We took a decision, which was not unanimously popular, that students must send in videos. The alternative was worse, there were similar colleges of music education who kept saying ‘take it through to the autumn’, and some of those things never happened – to be honest, I don’t know whether some of their students graduated or not. I felt it was the right thing to do; students could graduate and move on with their lives instead of wondering whether something might happen in a few months. They showed incredible creativity with what they presented, it was fantastic.

Were you engaged in the mental health of the students?

It’s a very big issue in performing arts. A lot of the work students do, obviously now, is solitary, but it can be solitary anyway. All the Conservatoire are extremely aware of this, and we had set up programmes for that and regular visits from specialists in the mental health of performers. It’s a very important question and has never been more relevant. 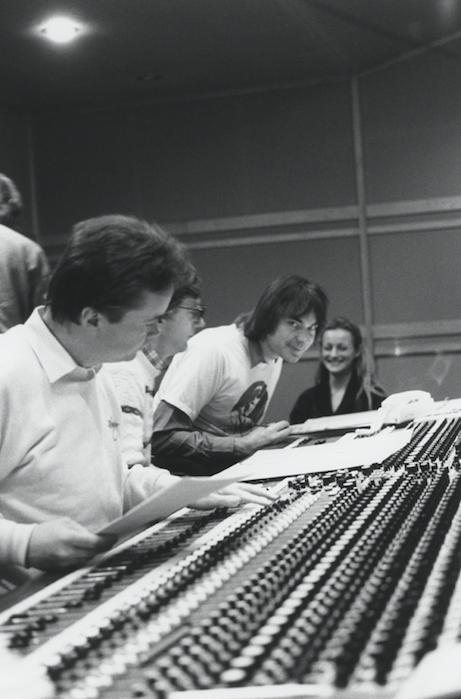 Let’s talk about The Singing Strad. How did you choose which recordings, from your long and illustrious career, would go on this album?

Instead of just saying ‘these are my favourite pieces’, I wanted to find a slightly different way of doing it, a perhaps more coherent way. It’s probably true that over the 20 years I recorded more music by British, French and Russian composers than any others, so I thought it would be good to have a disc of each – that focused which pieces I should choose. I have yet actually to hear the discs in the order I put down, but I think it’s worked quite well.

The album also includes your beautiful composition, ‘Jackie’s Song’, a tribute to the cellist Jacqueline du Pré. Did you know her?

I knew her really quite well at the end of her life when she was very ill, but she was the cellist I grew up seeing in London the most. When I was 11, 12, 13, she was the one out there playing as a solo cellist. There was a book about du Pré called A Genius in the Family, by Piers and Hilary du Pré. It was adapted into a film called Hilary and Jackie, I don’t know if you’ve seen it, I can’t recommend it, it’s a  travesty of how she was. She was always full of fun, great personality, and you would think everything but that in this film. You would think she was an unpleasant person, and she wasn’t. When I saw the preview, I got into such a bad and sad mood, that I came back and wrote that piece. I’ve written very little music, I’ve always been a performer, not a composer, but this riled me to such an extent that I felt obliged to write this short piece. 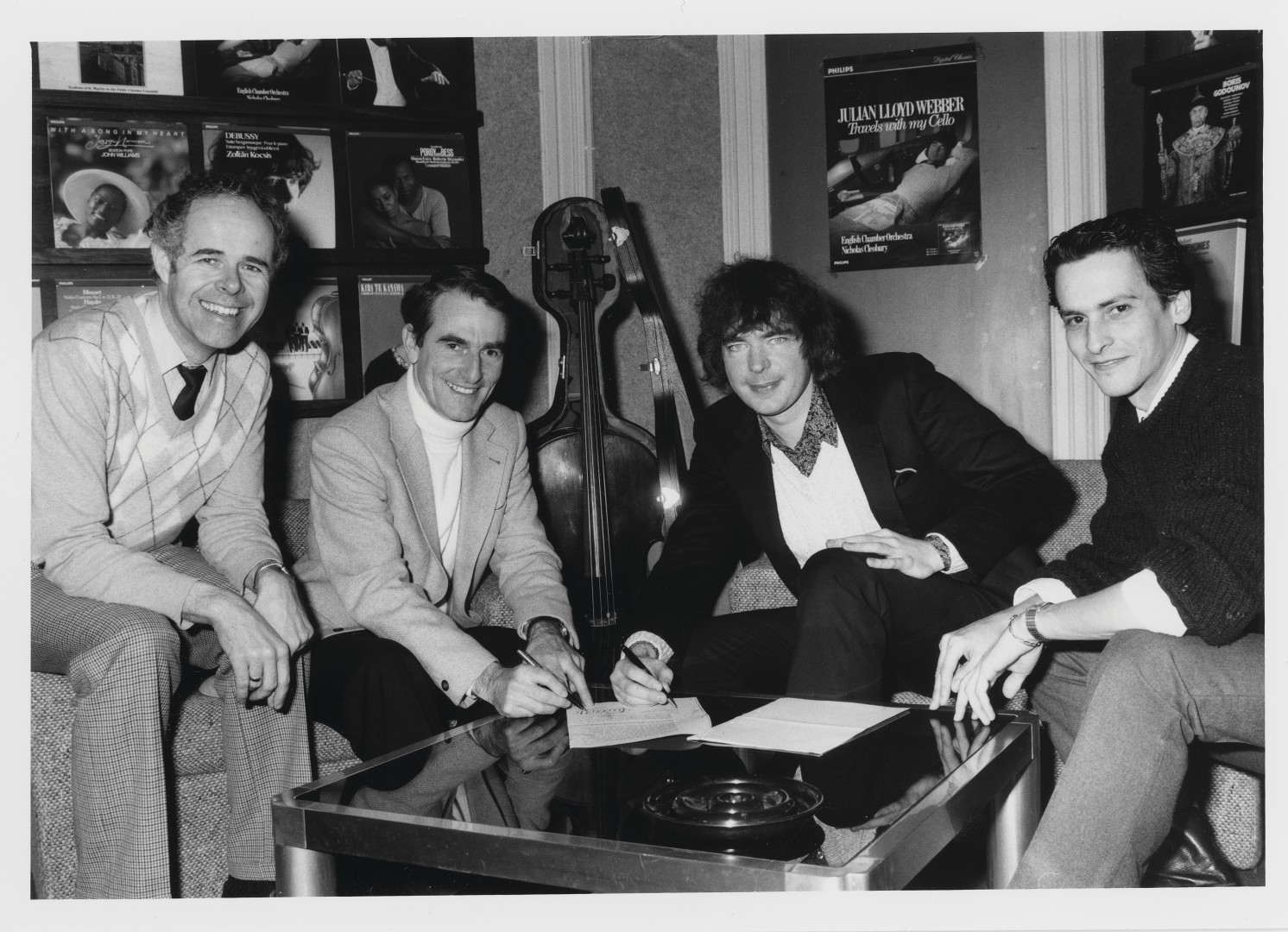 What else is on your agenda?

I’m still extremely involved with music education. There’s going to be some interesting music education news in the near future I think, it’s something people are very aware of. The footballer, Wilfried Zaha said all children should be learning instruments, that it should be a birth right for children to have access to an instrument. He made the point, quite rightly, that during COVID has been a very, very difficult time for young people and to give them an instrument is something that could be life saving.

I’m not going to be retiring. I’m reaching this age of 70 which, of course, when you’re younger you think is absolutely ancient. But I don’t feel that. I feel there’s so much more I can do to help. I can see how hard it can be for young players, particularly at the moment, and I want to give something back, I want to be positive for them.

There is a lot to look forward to.

The Singing Strad is out now on Decca Classics