Awkward Productions presents: how to live a jellicle life

“Unintentional comedy may be my favourite genre”

Following the success of Awkward Conversations With Animals I’ve F*cked (Underbelly Edinburgh 2018, King’s Head Theatre + National Tour 2019) Awkward Productions have returned with yet another show about… sexy animals. A one-man comedic parody that celebrates one of the biggest cinematic flops of recent years, Cats. After two sold-out runs, how to live a jellicle life is back, providing a jellicle discussion about the jellicle aspects of the jellicle cats in Catsand how you can apply them to your life in order to make it truly jellicle. Touring 22 venues all over the UK in early 2022, it’s written and performed by Linus Karp, who told Sam Bennett about Tom Hooper’s “astonishing” picture and making how to live a jellicle life as queer as he can.

The last time I interviewed you was for Awkward Conversations With Animals I’ve F*cked, which you came across in a bookshop and felt you had to perform. How did you end up doing how to live a jellicle life?

Having finished the tour of Awkward Conversations I was looking for a new project, but struggled to find something I felt passionate about. That’s until I saw Cats in the cinema… It took over my life – I could not stop thinking about it, watching it, listening to the songs, reading about it – it was unlike anything I’ve experienced. I had no choice but to make a show about it.

Tell me how you went about making it.

I created the show throughout lockdown. I wanted to make something that was the complete opposite of the horror we were living then – something silly, joyful and fun. Not having an impending deadline did give me some freedom, I could let the show grow organically and keep adding jokes or sections as they came to me rather than rushing it. My partner Joseph was also a great help – seeing if my jokes worked or not and giving jellicle feedback – and annoyingly he’s also come up with some of the funniest additions to the show. I also watched a lot of Simpsons and UNHhhhm which I think is reflected in the show.

Tom Hooper had a surreal and silly story about singing cats, but still directed it like one of his serious dramas. Then add some very unpopular (and rather uneven) special effects and some shocking dialogue. I think the main problem was that he had full creative control of the film, and didn’t know what kind of film he was making. There’s never been a flop quite like it – an Oscar-winning director takes on one of the most successful stage shows ever, armed with an all-star cast and a $100 million budget… The end result is astonishing. I do think social media played a massive part in making it a flop, from when the first trailer was released people were competing about who could slag off the film the most, and upon its release reviewers were doing the same. It will be far from the worst film you’ve seen, there is so much beauty and talent in it, but also so many questionable film making decisions; meaning what you’re watching is somehow simultaneously very good and very bad, which I find fascinating. 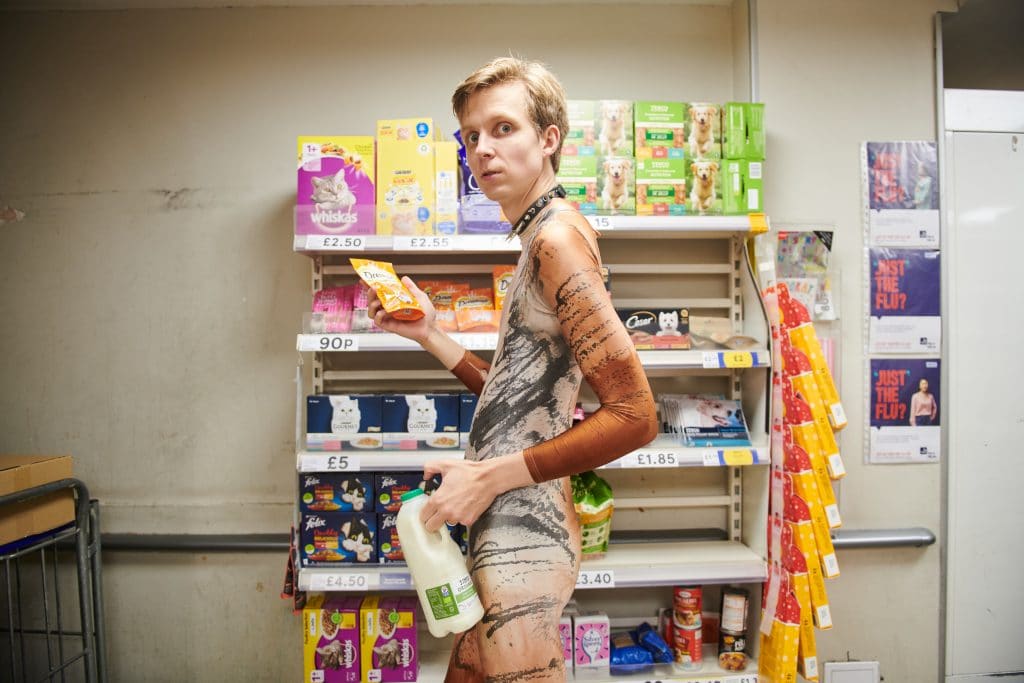 Do you find yourself loving lots of films/theatre/television that ample other people seem to hate?

Yes. I have been a big fan of The Room for a very long time, and Dolly Parton’s Christmas on the Squareand Diana: The Musical are two other recent favourites. Unintentional comedy may be my favourite genre.

You’ve already done two sold-our runs of how to live a jellicle life – have you changed anything for the 2022 tour?

Yes, I’ve kept updating and finessing the show. I want to make sure it feels fresh – this will be the most fun and jellicle version of it.

What are you reading, watching, and listening to right now?

I’m currently in isolation with COVID and I’m watching three Christmas films a day. Films about made up kingdoms with weird succession laws where everyone sounds British and Vanessa Hudgens has to swap lives with Vanessa Hudgens for inexplicable reasons. Those kinds of films are currently getting me through my days – and I seem to be getting better so they must be great!

How did you cope when all the theatres were closed?

It was tough of course. I created this show throughout lockdown and it was great to have something to put my creativity into. I was also part of a weekly play reading group called Corona Days Plays, run by the fantastic Alex Young, which made it possible to both perform and watch fantastic plays – the theatrical purpose and community that gave me really was a lifeline.

Which theatre-makers are exciting you at the moment?

When it comes to solo shows, I’ve never seen anyone master the medium quite like Joseph Morpurgo. He’s always hilariously funny, wildly creative, and somehow still manages to make it emotionally engaging. I also admire Sam Carlyle, who’s lent her voice and choreo skills to this show, for her natural wit, warmth and charisma on stage – I try my best to copy her occasionally. 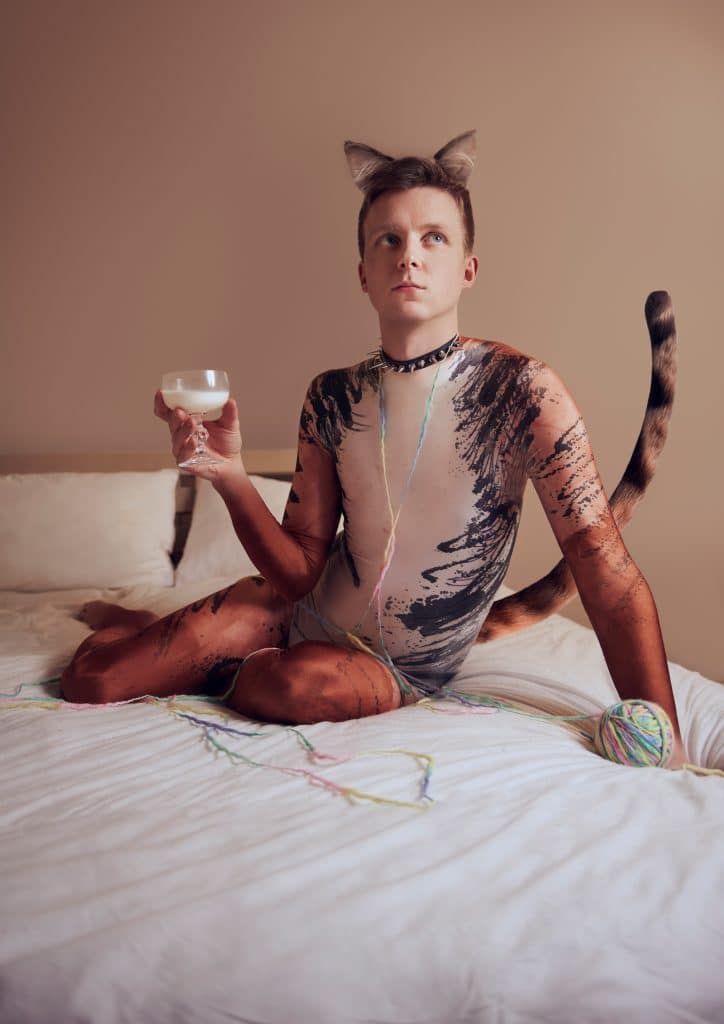 Are you generally enthused by queer representation in music, theatre, and television today?

It is incredible to see how far we’ve come in the last ten years. When I grew up there was so little and so rarely good. Today there’s so much and often positive. I think one of the important changes of the last few years is that queer stories are now more often told by queer artists, whereas up until recently they were frequently told through a heterosexual lens, and by heterosexual, cis-gendered performers. I can only imagine what an impact it would’ve had on me if I had Lil Nas X to listen to or It’s a Sin to watch as a teenager. That said, there is still far to go, and it’s important to remember that there is a difference between actual queer representation and performative representation.

It was important to me to make this show as queer as I could. I wanted to create something that was queer and joyful, as too often queer stories have to be tragic. The older and more at home in my queer identity I get, the more important I find it to include it in my work. The majority of the things I watch and engage with are queer – it tends to be so much more interesting.

What else are you working on?

I have been slowly working on two new projects for a while. Both very silly and very gay. One very political and the other very… timely. I’m hoping I’ll be able to share more before too long…

How well do you deal with life on the road?

I thrive on the road. I love going to new places and meeting new people, every venue and every audience is unique which makes it all so exciting. I’d say the main problem is just that I don’t get enough time at each place, but it’s so much fun.

What are your plans for Christmas and New Year?

For the first time in three years I’ll be back in my native Sweden for Christmas! I’m really hoping for a white Christmas, and will mainly spend it having fun/arguing with my family as one should.

From 11 January-11 March, how to live a jellicle life: life lessons from the 2019 hit movie musical Cats is touring 22 venues all over the UK, including Oxford’s Old Fire Station on 14 January @awkwardprods