“To celebrate Blenheim’s tercentenary, the 11th Duke of Marlborough redesigned the Secret Garden and it was opened to the public for the first time in May 2004 ”

Gardens Add Value to Our Lives

Home to the Spencer-Churchill family for over 300 years, Blenheim Palace and Parkland, deemed a UNESCO World Heritage Site in 1987, should be on your list of must-see places during 2020. Regular visitors, perhaps holding an annual pass, will know that the Park’s stunning scenery changes daily with different light and seasons, and always provides awe-inspiring views. 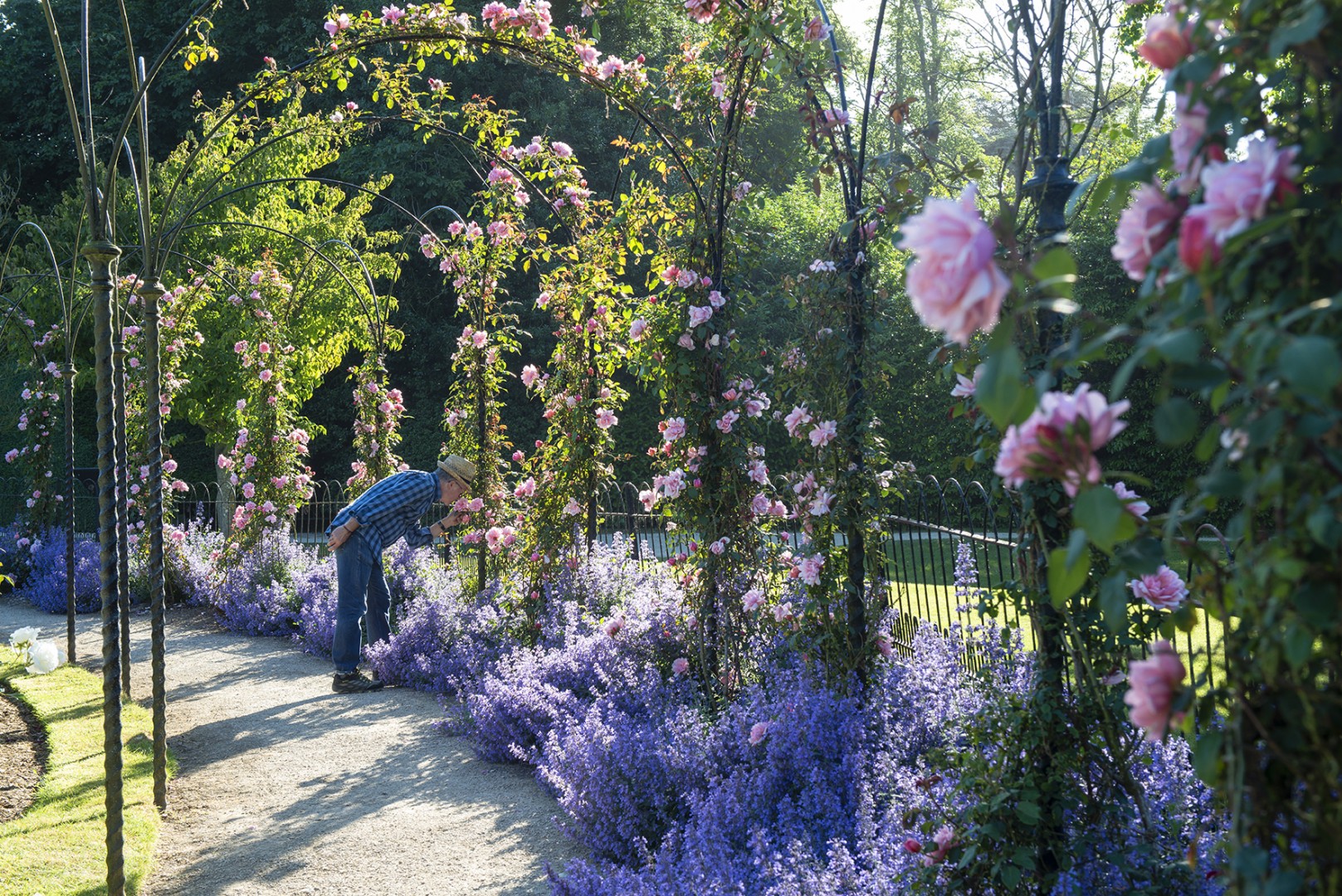 Built on land gifted by Queen Anne to John Churchill, the 1st Duke of Marlborough, in celebration of his military triumphs against the French and Bavarians culminating in the Battle of Blenheim in 1704, the Park already had a colourful past. Formerly a deer park in the reign of Henry I, the site of the original Manor – which is commemorated by a simple stone memorial – was destroyed by Cromwell’s troops during the Civil War in 1651. The up-and-coming architect John Vanbrugh was commissioned in 1705 to design Blenheim Palace. As part of Vanbrugh’s plans, he conceived a disproportionately grand bridge, with 30 rooms, to go over the three trickling tributaries of the River Glyme. He also commissioned Henry Wise to create a military garden with parterres and very intricate plantings on what is now the South Lawn. However, when 50 years later Lancelot ‘Capability’ Brown was appointed by the 4th Duke of Marlborough, these gardens were removed and grassed over. Brown’s vision was to naturalise and enhance the landscape into an English landscape garden scheme. As part of that, he dammed the River Glyme, digging out a huge ornamental lake that flooded the lower stories and rooms of Vanbrugh’s bridge. He also created a series of cascades, thus creating the landscape with which we are now familiar. 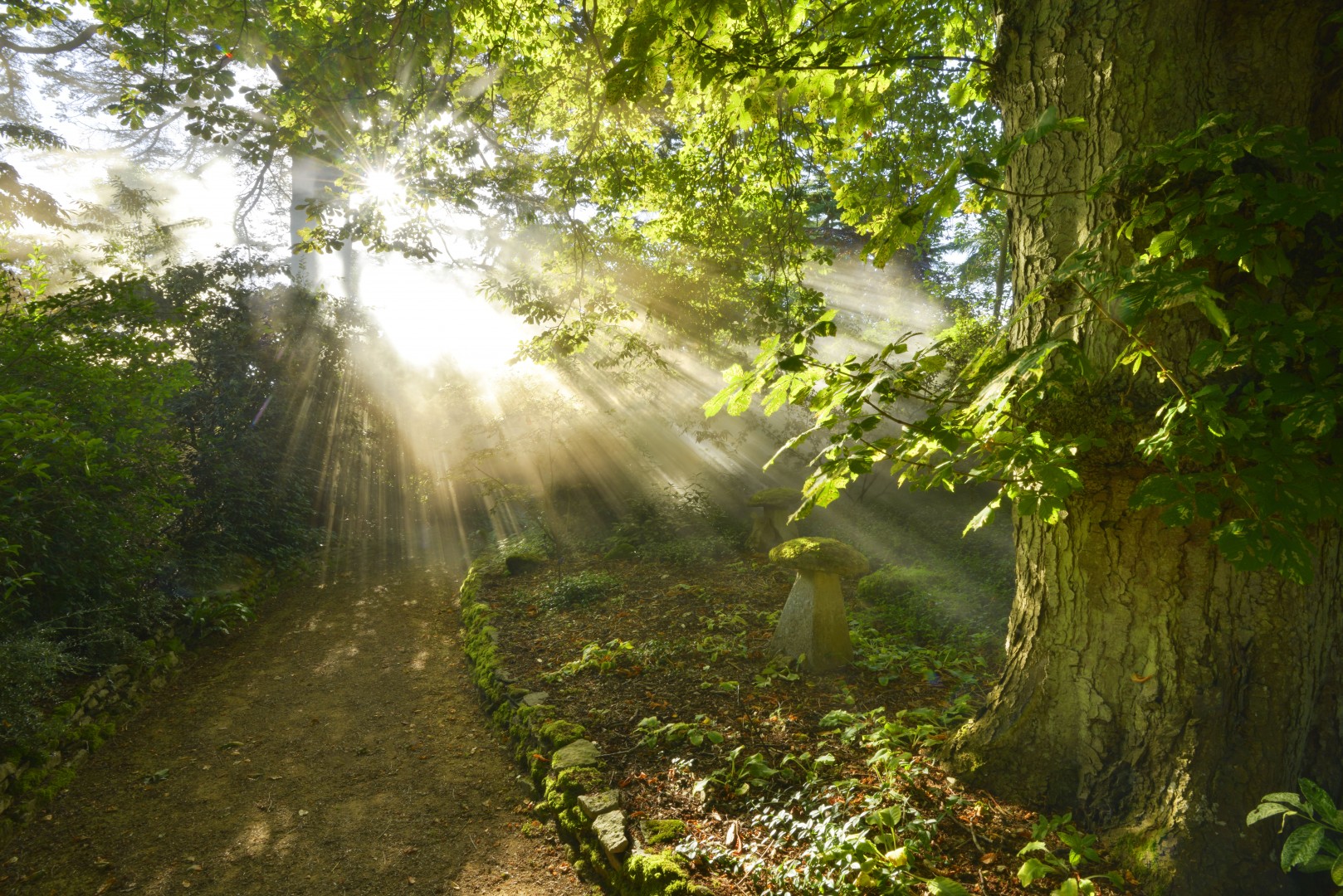 When the 9th Duke of Marlborough married an American railroad heiress, Consuelo Vanderbilt at the end of the 19th century, the Churchill family had a much-needed injection of cash. In the early 1920s, the Duke appointed French architect Achille Duchêne to replace gloomy Victorian shrubberies either side of the building with the Italian Garden and Water Terraces.

As Blenheim Palace, the only non-royal, non-episcopal palace in England, celebrates its 70th year of opening its doors to the public, we took the chance of meeting up with Blenheim’s head gardener Hilary Wood, to find out what is required to keep the gardens looking so magnificent and what her boss, the Duke of Marlborough, expects from his team of gardeners.

I have been working at Blenheim since 1981 and feel privileged that I am able to ensure the work commissioned by the 11th Duke of Marlborough flourishes and provides so much pleasure to the 700,000 visitors we have each year. With a small team of 11 full-time staff, plus six part-timers, we look after 120 acres of gardens as well as the more manicured areas of grassland within the Park, mainly surrounding the Palace. During the growing season we have over 12 miles of grass verge to mow each week and from the middle of June a team of gardeners take between four and six weeks to clip the box hedges around the Italian Garden and Water Terraces. In September, they turn their attention to the yew hedges. We also have seasonal planting in large locally made pots and all our bedding is grown in our own greenhouses. 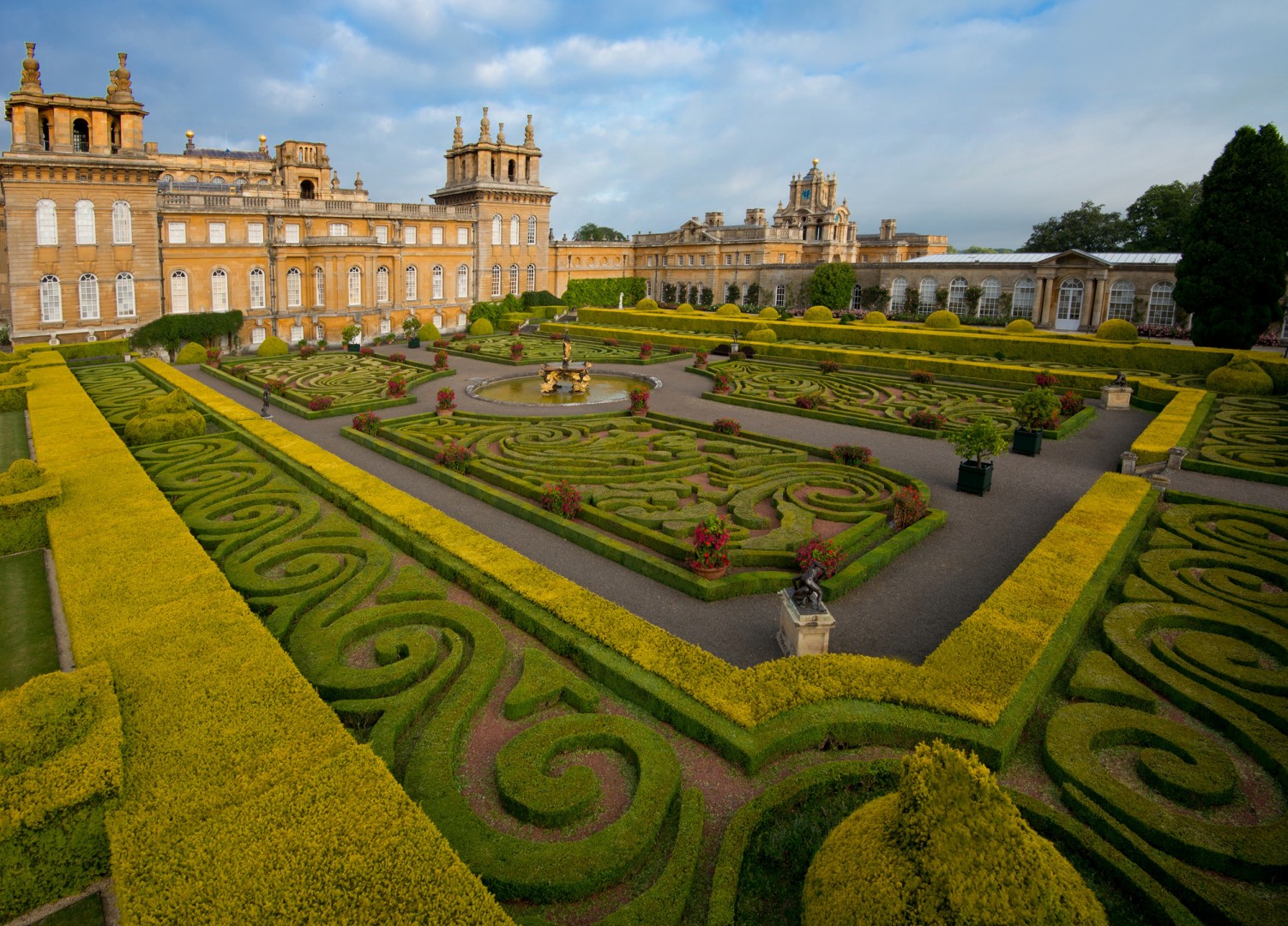 We are also responsible for looking after the Secret Garden; formerly the Private Garden, this was a private area where the 10th Duke of Marlborough could retreat from visitors who came to visit the Palace and grounds. However, to celebrate Blenheim’s tercentenary, the 11th Duke of Marlborough redesigned the Secret Garden and it was opened to the public for the first time in May 2004 by the Duke’s sister Lady Rosemary Muir. The area covers three acres and provides a place of quiet contemplation with planting comprising ornamental trees, shrubs and perennials.

To commemorate the life of Sir Winston Churchill, born at the Palace in 1874, the 11th Duke worked with landscape architect Kim Wilkie to create the Churchill Memorial Garden. With over 20 stone plaques set in a 91-metre winding pathway denoting Churchill’s life span, the garden highlights special times in his life ending with his burial at Bladon Church in 1965. Sadly the 11th Duke didn’t live to see its fruition. 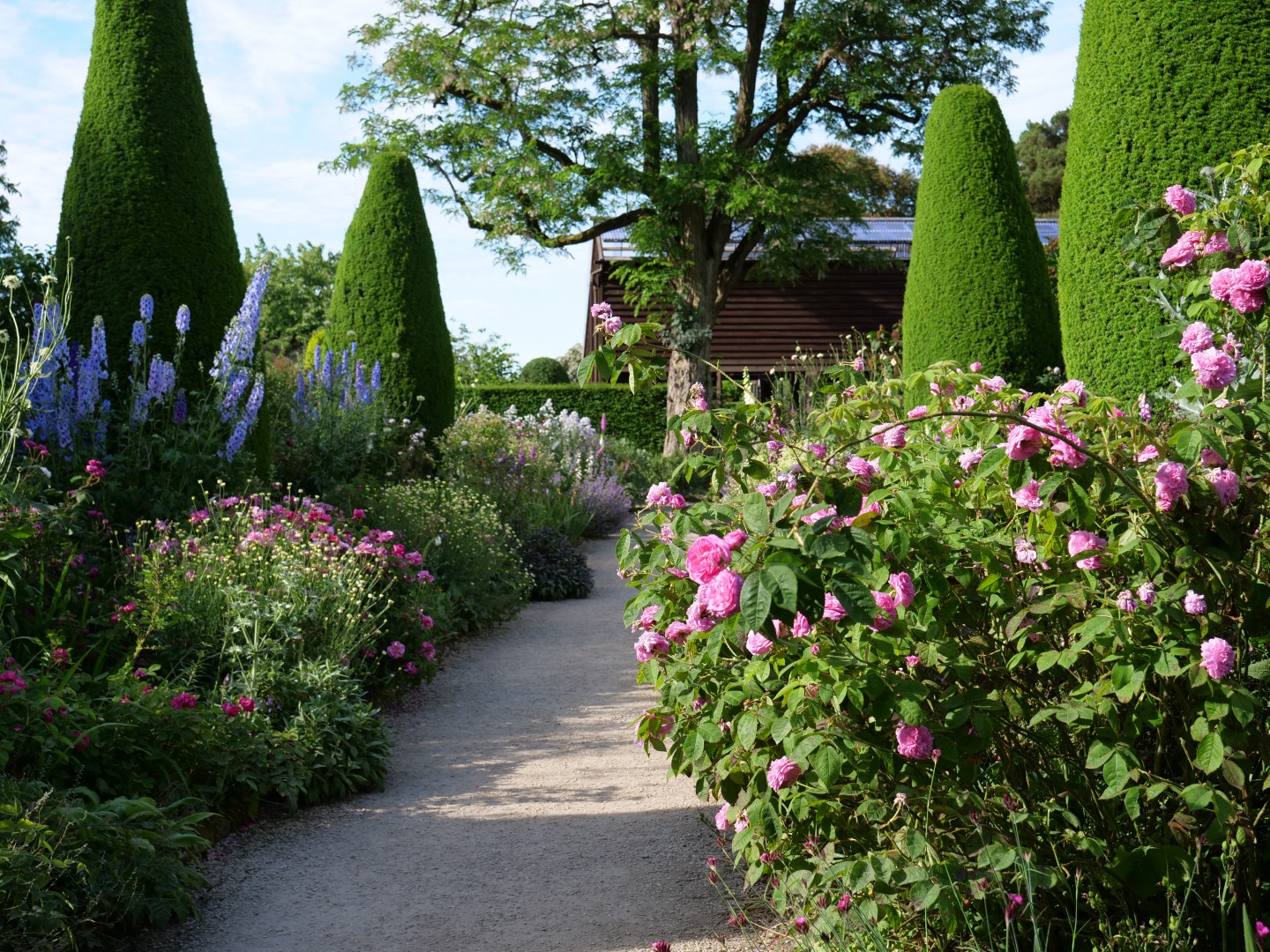 The spectacular Rose Garden has over 1,800 hybrid teas and climbing roses, underplanted with Nepeta (cat mint). Many of the roses were chosen by the 11th Duke for their fragrance rather than their disease resistance and include Troika, Peace, Silver Jubilee, Blessings, Iceberg, City of Belfast and Royal William. We prune the roses twice a year: November to remove the straggly branches and in February/March to take them lower. Constant deadheading is required throughout the flowering season.

Our walled garden, just behind the Pleasure Gardens, Butterfly House and Lavender Garden is closed to the public. However, this 300-year-old kitchen garden still produces a wide range of fruit, vegetables and herbs used in the Palace’s kitchens. Originally, the hollow walls would have been heated with warm smoke flowing through them enabling the gardeners of yesteryear to grow peaches, nectarines and figs more easily than we can nowadays. The external north facing walls are home to our Morello cooking cherries and inside the walled garden we have orchards of eight different varieties of apple, including the Blenheim Orange, Comice and Conference pears, and a range of soft fruit. One of our glasshouses is home to 200-year-old grapevines that require a lot of attention; they are pruned in the winter and to ensure they are not infected with mealybugs, the bark is scrapped off and tar-washed before the vines spring back into growth. We grow two varieties of award-winning table grapes: a black cultivar Madresfield Court and white cultivar Muscat Alexandria, both of which we show at the RHS Autumn Fruit and Vegetable Competition. Our other glasshouse is where we grow fuchsia and pelargonium cuttings and orchids for the private apartments in the Palace. Our greenhouses are heated by biomass with traditional gas heating only used in an emergency.

I do hope that you will be inspired to come and spend some time walking through the gardens and around the Park during the coming months and see just what an incredible place Blenheim is.