A Cake Fit for a Queen

“I know the Queen likes chocolate, so I think she’d like this luxurious two tier with its elaborate decorations”

In honour of the Queen’s Jubilee celebrations OX asked a special favour from a special baker: Christine Wallace came to fame as a Quarter finalist in The Great British Bake Off (2013) and has gone on to become a key figure in Oxfordshire’s renowned foodie community.

In addition to offering classes and undertaking the odd bespoke commission, Christine founded and organises the annual Didcot Food Festival. She also works alongside her husband, Rob, at his company, Laser Engraving and Design Ltd. Rob’s designs for Christine’s bakes became almost as famous as her creations on Bake Off, and the regal topper for Christine’s Jubilee Cake is one of Rob’s pieces.

“I know the Queen likes chocolate, so I think she’d like this luxurious two tier with its elaborate decorations” 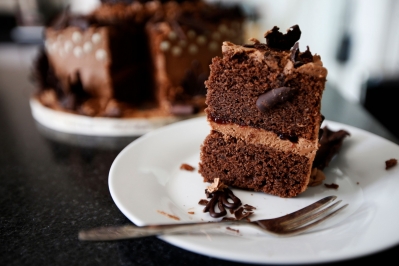 Again, half the ingredients listed for the smaller cake

You could, of course, make just the bigger or the smaller cake but if you’re making the two tier and you will need to put three dowels into the bottom cake before placing the smaller one on top. Once you’ve placed them into the sponge, ensure they are level with the top of the cake (they’re not meant to protrude into the upper layer). The top tier should sit on a slim cake board, cut to fit the exact dimensions. This will make it easier to remove when cutting.

Cover in icing and then decorate your cakes as you wish. It can be done very simply with crushed chocolate flakes, chocolate buttons, chocolate fingers or maybe shop-bought sweets or decorations, such as edible stars or other bits and pieces – the choice is yours. However, here’s how I made my ‘show-stopper’ pieces:

Chocolate Roses: I made these using modelling chocolate and a tried-and-tested technique. I break off a section and divide into six small balls, each around the size of a small marble. Pop these into a plastic bag (like a sandwich or freezer bag) and lay on the work surface so that they are well-spaced. Flatten each with your thumb (whilst still in the bag) and then work them into teardrop shapes, with one end thinner than the other. Take out of the bag and starting with the smallest, roll it into a curl with the thinner end at the top. Then, taking the next largest, wrap it around the curl – again, thinner end on top – ensuring that is slightly raised from the base of the curl and so will start to build some height to your flower. Keep wrapping the shapes around your ‘bud’, each slightly higher than the next, tucking and layering as you go. You will end up with a realistic looking rose. Remember, nature isn’t always perfect so don’t worry too much about the odd crack. There will be quite a thick base on your flower. Snip this off, leaving a flat bottom which will easily sit on the surface of your cake. For larger roses, make more petals, but keep to an even number. [tip – this also works for making sugar roses. I like using a mixture of fondant icing with sugar modelling paste which helps it to remain pliable when thinned and stops it drying out so quickly].

Chocolate Scrolls and Shards: After melting my chocolate, I pour it out over a piece of parchment paper and leave it a few minutes so that it is set, but not hardened. I use a veg peeler, drawn over the surface to create the different shapes.

Chocolate Crown: The Crown looks splendid and makes this into a real occasion cake. It’s also more simple to make than you might expect. I made mine by first measuring the height and circumference of my cake. I then cut out a slightly larger piece of parchment paper and, using a Sharpie, drew on my design as a guide, allowing an extra centimetre on the circumference to allow a small overlap. After melting the chocolate, I used a bag to pipe the design onto the paper and allowed this to cool a little. Again, you don’t want it to harden but you should be able to gently touch the chocolate without it transferring onto your finger. Once set, wrap the parchment around the cake (this can be tricky, but be bold) and put it into the fridge to harden up. The parchment paper will peel away easily once the cake is cold. 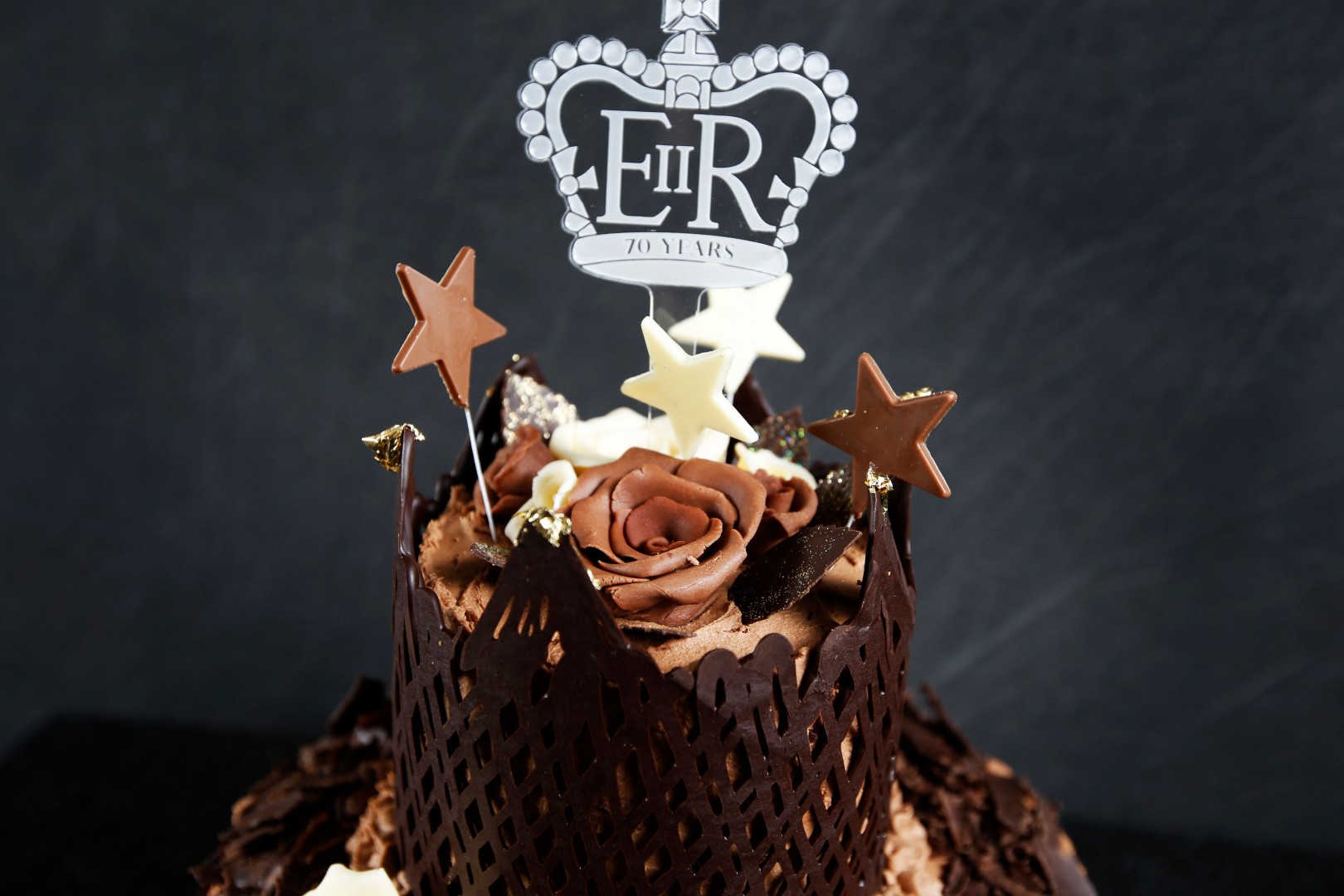 Christine Wallace will be at Didcot Food Festival this Autumn. The event is held at Didcot Civic Hall on the 24 and 25 September from 10.00 – 16.00. There will be over 50 exhibitors of fine artisan food and drink, live demos, street food and plenty of children’s activities. 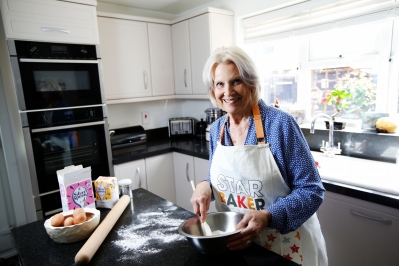 Chefs appearing in the Demo Theatre include:

Christine Wallace and Sam Rudd – GBBO and The Extra Slice

This year’s event will be opened by Sue Pollard at 10.30am on 24 September.

Tickets cost £6 on the day or £5 when bought in advance at didcotevents.co.uk