“We cut our teeth playing in the UK and it’s our home.”

Have You Met Your Matcha?

Can you tell us a bit more about this concept album and where the motivation behind the idea came from?

We started making it before the first lockdown and initially, it was about escapism and the different ways that we all want to temporarily step out of our heads and our minds; be that into TV, film, books video games. As we continued making it through lockdown, though, the idea of it being about the future and how it relates to technology took over a little bit. It’s still very much about escapism but with more focus on the idea of being able to put this headset on and do anything or be anyone. I’m really interested in the idea that there are all these different ways that we choose to distract ourselves to the point that this duelled life exists where you can create the version of yourself that you want to be. It’s such a modern phenomenon but it definitely affects everyone in different ways, so we wanted to try and have conversations around this while bringing in lots of the fun elements from science fiction. There’s a song set in the 80s club scene in New York, a song that nods to Back To The Future, and there are some really personal songs on there as well. We wanted to try and do that Trojan horse thing where we can have some interesting and slightly provocative conversations in some of our songs while remembering that music is one of those things that you want to be distracted by. Having made it through lockdown, we wanted songs that made us want to dance around our house. 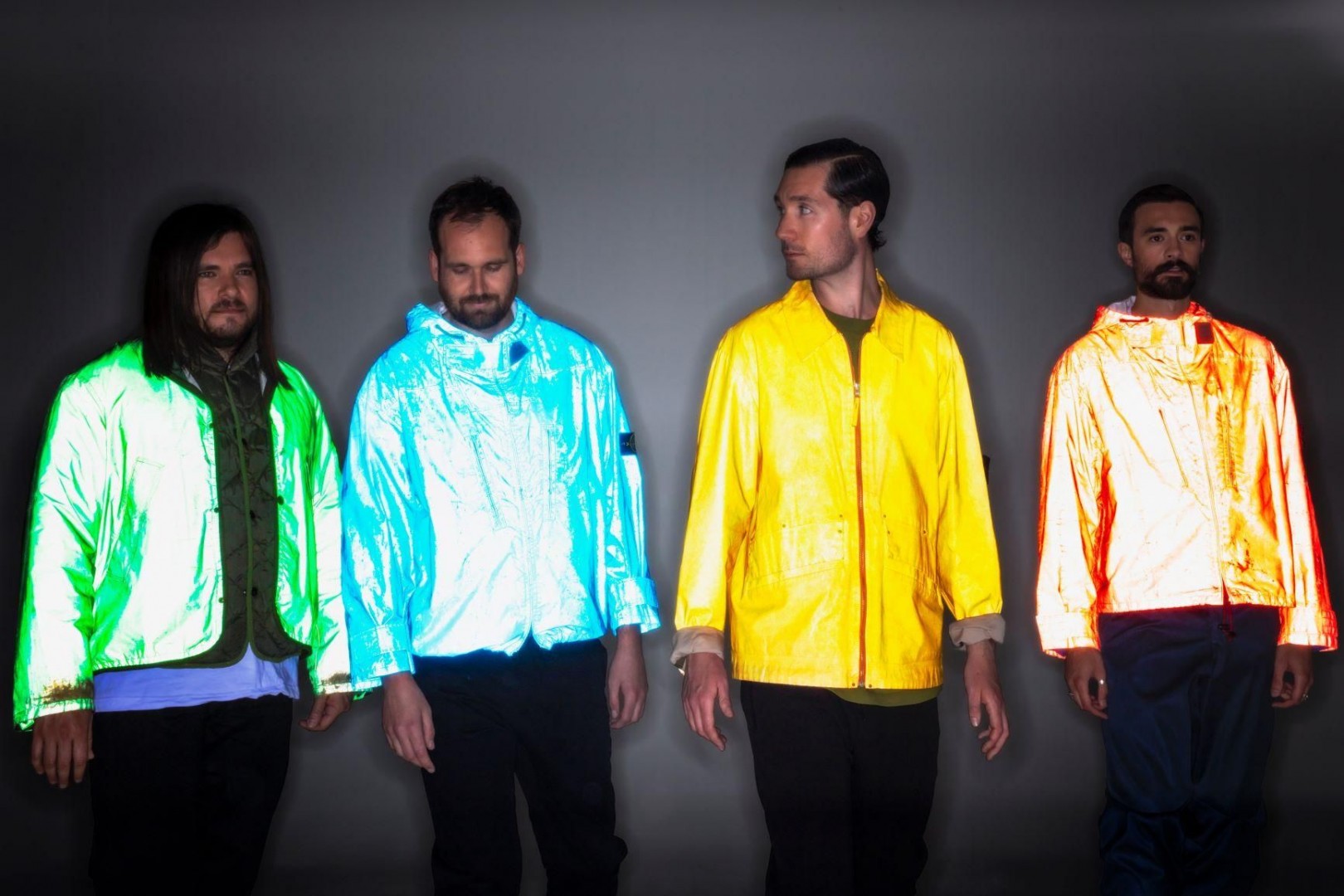 This album was quite an important one for you to have had creative control over the videography, but do you think you'll maintain that involvement going forward?

I’ve  always been super involved in every single element of what we do. Starting as a DIY band meant that we basically made most of the first album before we were signed, including the videos, artwork, and logos. Some people don't really give a sh*t about that stuff but I'm a real film nerd and I think it’s such a fun way to expand on your music. For us, it’s always been a really big part of it – I just haven't ever had the time or the opportunity to direct videos, but I’ve always wanted to. I think I also have imposter syndrome in every single thing I do so I’ve probably never had the guts to say, ‘I want to do this’. I would love to keep doing it though it's definitely a very different skill.

What are the main ways that you’ve seen the music industry change since the beginning of your career?

The way we consume music has changed so much. When we released our first album, music downloads and iTunes were still a thing, since then streaming has opened up the world of music to so many people. Also, Vinyl has made a huge comeback because as much as streaming is amazing, people also want to own and hold a tangible thing that they love. Technology around making music has also become way more available which is amazing because the more people who have access to equipment that allows them to express themselves, the better. What it also means is that thousands and thousands of songs are uploaded every day to Spotify, so there is naturally so much more music out there, meaning that music as an industry and as a creative space is much more inclusive and representative of society and culture.

In the early stages of your career, you were already creating these anthemic-sounding tracks, was there ever pressure as a new band to live up to that when you were creating new sounds?

I think it was really f*cking surreal for us to have such a madly successful single so early on in our career and have an album that did so well, not only in the UK but everywhere in the world. It set us up in quite a bizarre way. We never really had huge ambitions or expected to be in as mainstream of a place as we were back then, so we probably didn't quite appreciate it at the time. When it came to following it up, I think what worked with Pompeii and what worked with our first album was that we were making songs on a laptop in my bedroom and imagining that we were at Mount Vesuvius in Pompeii or in  David Lynch's Twin Peaks. It was all about escapism back then too – putting headphones on and taking us and whoever was listening to somewhere really far away. It’s still crazy to me how well certain things have gone because it sounded so weird and different to everything else when it came out. We just tried to embrace the fact that if we do what feels good to us, then that should be enough. I think the thing I’m always really grateful for is the variety of stuff we have always been able to do. We want to prove to ourselves and other people that we can jump into other worlds and make mixtapes with Lizzo, Riz Ahmed, and Rag’n’Bone Man and we can also go and do something with an Orchestra. 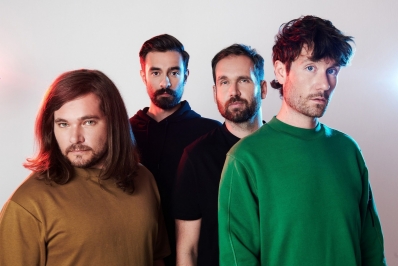 You’ve just finished a smaller tour visiting more intimate venues, around the release of your new album; how did that go?

It was brilliant, really fun. We went up and down the country sometimes playing two shows a night doing the songs completely differently using loops and samples. We played a different set every gig and were taking requests from people in the audience, in the queue and online that couldn't make it. We even asked people to give us their weirdest dream and then halfway through the set we would kind of improvise them back to everyone through the medium of heavily-auto-tuned Kanye-esque songs so it was quite fun. It was a very chatty and chilled few gigs, and because it was in association with local record shops, it was generally in small, independent venues.

Do you have a preference between that kind of gig or the bigger arenas?

The shows that we're getting ready to do are much more about the audio-visual experience, taking the album, expanding it, and bringing loads of old songs into the mix. That will be a fun and much more impressive conceptual, science fiction show that will totally take you somewhere else for an hour and a half. What we just did, on the other hand, was all about being able to see everyone, look them in the eye, chat, and play things differently. The first one was much rougher around the edges whereas (hopefully) the arenas will be much slicker. We toured from the ground up and like with anything in life we want variety as much as possible. Anything we can do that forces us to change how we do things is always great because it keeps us on our toes. The upcoming tour, for example, heavily leans into the science fiction thing because the album is about our relationship with the future and technology.

As you’re taking this tour to the US, I thought I’d ask whether there’s an obvious difference between playing to a UK audience vs abroad?

That’s so interesting. We're generally quite lucky with our fans all over the world in terms of how passionate they are about our music and I’m always really blown away by that. When we first went to the US, I remember finding crowds a lot chattier, especially in smaller venues; everyone wants to talk to us and in between songs they would always start up conversations which I think initially was a bit confusing. We cut our teeth playing in the UK and it’s our home. Most towns across the UK have such a good atmosphere when it comes to playing live, I f*cking love British crowds. The tour we just finished was so great in terms of getting to meet so many fans and the fact that they’ve taken an evening of their lives to hang out with us and listen to our music is so humbling. America is a different beast. It’s so vast and diverse – not to say the UK isn't diverse – but going from the Deep South in America to New England, and then over to the desert… it’s just huge. I think we have always felt super privileged with this band that we have been able to travel, it’s very surreal.

Bastille’s Give me The Future Tour comes to the O2 in London on 7 April.