“We all grew up on a steady diet of Radiohead and Nirvana.”

Art rock band Everything Everything are releasing their latest album, Raw Data Feel this month. It’s an AI-Assisted recording for which the group turned to technology for some of the lyrics. I caught up with band member Jeremy Pritchard to discuss this innovative concept and the process behind it. We start by chatting about getting back to touring…

“It's been really nice to do it again”, begins Jeremy, “because the pandemic hit at a time when we would have otherwise just started again, so all in all it’s been about four years since the last long bit of UK touring we did. It’s been good to just reconnect with people. In some ways it’s weird, but the muscle memory is all there, not just musically but it helps with that way of living and existing too, which is something we have been out of touch with for a while.”

The conversation turned to the new album and what listeners can expect from what we’ve not already heard. “The title is reflective of the basic idea we were trying to get across, which was a collision between the emotional and technological. Johnathon [Higgs, the main lyricist] had this idea about wanting to use technology to do some of the emotional labour for him when it came to writing lyrics, but also other ways to cope with changes in his own life.” 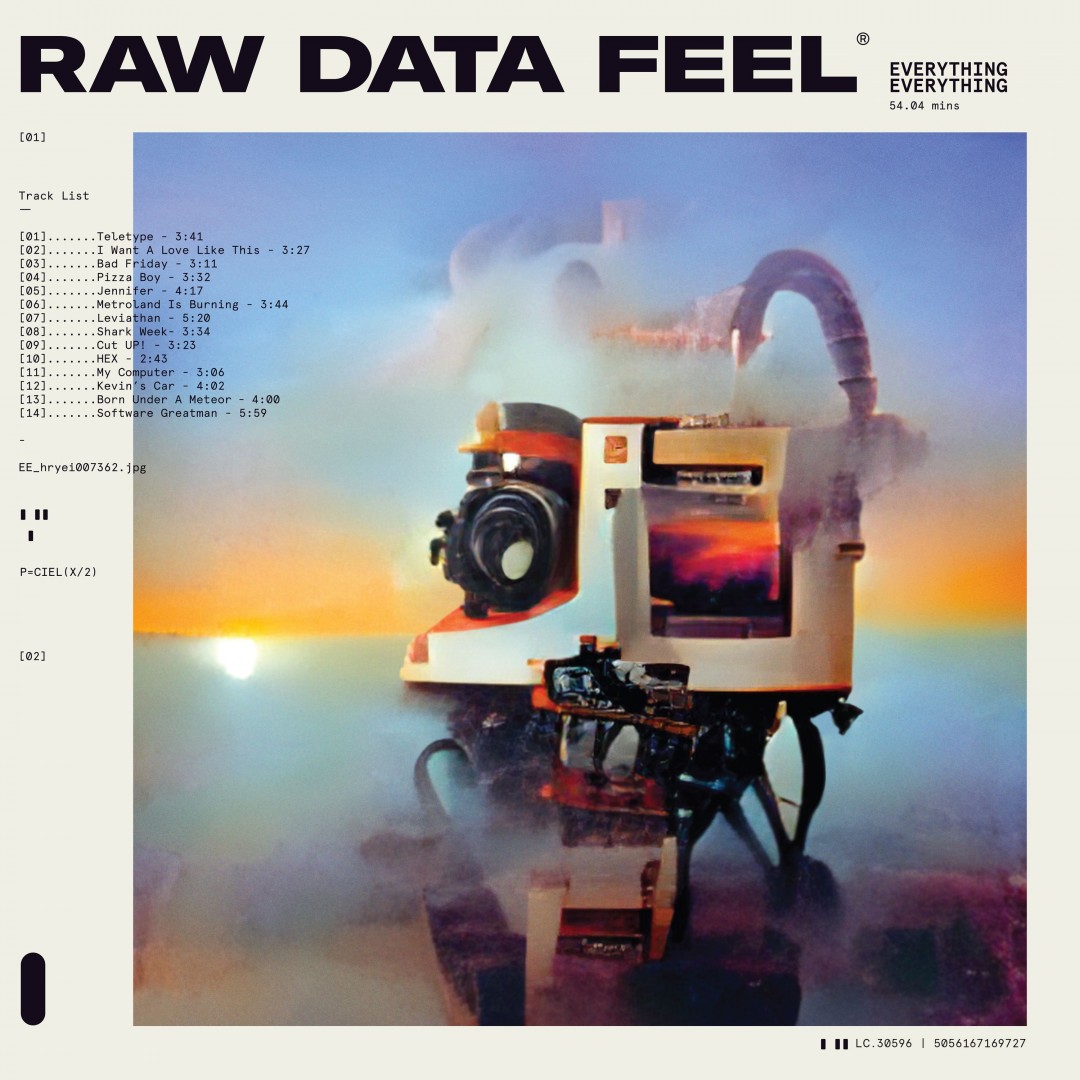 After five albums, Jeremy tells me that the band felt a little as if they were writing about the “same stuff” so turning to AI to produce some of the lyrics for Raw Data Feel was an excuse to force different thinking, and different writing. “I think it’s the right thing to do this far into a career, you have to start involving almost arbitrary outside influences just to pull you out of your comfort zone which worked quite well.” As far as the process goes, this relatively untouched method of songwriting was as simple as “putting influences into the AI and then giving it a prompt. It would then spit out all this mad, long epic poetry and [Higgs] would go through it with a highlighter to pick out the gems”. This material, while only partially used, would “influence new ideas. It would make him think and write differently about something he was already working on.” When I asked how much of the album was directly from the machine, I was told it was probably only 5-10%. “But, it was like a collaboration, it wasn't a one-way thing.”

The pieces of text that the band had chosen to ‘feed into’ the AI, ranged from LinkedIn Terms and Conditions to Beowulf. “The opposing pillars of human experience really”, Jeremy laughed. “One being ancient literary wisdom (Confucius) and then of the other extreme, 400,000 4Chan comments (where racists hang out on the internet, an extreme far-right underbelly of internet culture). Between those four influences, we thought we had a broad enough spread, and you could sort of tell what was coming from where when the machine was talking to us. It seemed to work quite well but overall, all that stuff was just bubbling along in the background and we kind of amped it up with our own thinking.”

AI aside, there was certainly a shift between the more political or observational lyrics in Everything Everything’s earlier music, to the more personal in Raw Data Feel. “There’s a lot more honesty and vulnerability than we have ever been able to manage before. I think it enabled [Higgs] to be more vulnerable because he still felt like he had a certain mask in a way. He was speaking through the machine so what that’s done in practice is – ironically – made a much more human than what we have done in the past.” 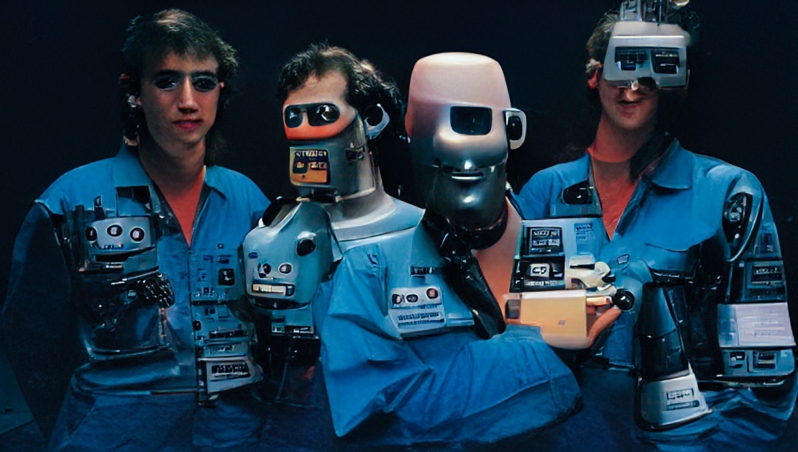 As an avid listener since their first album, Man Alive, there are often lyrics which I suspect may hold in a very different place in my mind from their true and intended meaning. I wonder whether a band who pays such close attention to lyrics find it frustrating to see them interpreted in a completely different way. “Not at all. We've been working on a book at the moment which will be a collection of the lyrics from all six albums including this new one, and at one point, it was discussed that we might include essays or footnotes about what the songs mean”, he corrects himself, “or are meant to mean.” They decided against it because it was ‘too prescriptive’. “I think it removes the opportunity for interpretation which is hugely important to us. There's no such thing as right or wrong when it comes to how people feel about your songs.” This was the response I was hoping for – and gave me the green light to get a tattoo of a lyric which I now know is about Donald Trump. “We’re never talking about any one thing at any one time, [Johnathon] is a complicated human being, like we all are; so everything means more than one thing.”

Moving away from the lyrics, I wondered whether EE created similar music to that which they listen to. “Not really actually. I mean, we listen to a huge amount between the four of us, it's so varied. I guess the music is a reflection of certain commonalities of our tastes; we all grew up on a steady diet of Radiohead and Nirvana, but there’s also a lot of jazz stuff in there because Michael and Alex are very well versed in that. I'm not an expert, but I like jazz a lot and then there's a lot of American RnB influences as well which is very much John’s thing. So, in a way, if you put it through the filter of the four of us then it does come out reflectively. The music itself, that we make, seems so broad to me and the spectrum is so wide. I think it’s been like that since our first record.”

Jeremy’s favourite track from the album, Leviathan, is, in his opinion, “the calmest, saddest, and most tender moment right in the middle of the album. I also really like Jenifer because it’s like a holiday from our own band. It has this unnatural easiness to it and it kind of came up at the eleventh hour to become everyone's unexpected favourite.”

The rest of the year has plenty in store for the art-rock band, with lots of festivals and gigs lined up following the release of Raw Data Feel. “We also have the book coming out on 20 May, so it’s going to be a very busy period for us. We're at a point in our career now where we are at a retrospective stage. It’s nice to be able to look back sometimes, and it’s cool to have a career you can do that with.”

Raw Data Feel is out 20 May everything-everything.co.uk.