Reef are back and better than ever. After an 18-year hiatus, 2018 saw the release of studio album, Revelation, and their latest, Shoot Me Your Ace, makes it clear the iconic band are on top form. We spoke with the unmistakable voice behind the band, Gary Stringer, ahead of their appearance at Fi.Fest in July. I started by asking what we could expect from their performance there… 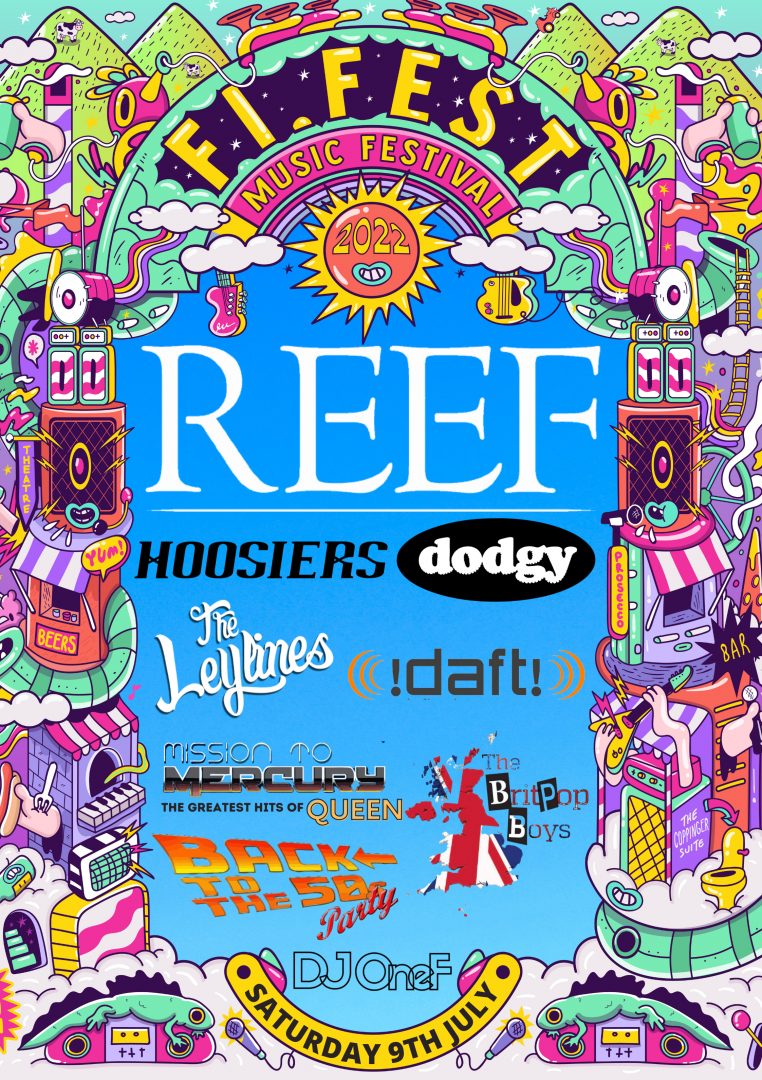 You can expect us to put down one big bag of energy – that’s what we do when we come on the stage, we lay down a huge amount of energy straight away and more often than not, the audience reacts, and you get a surge of energy back. Before you know it, you’re going crazy, and the energy just builds.

Do you prefer the energy of a festival or the, perhaps more intimate, indoor gigs?

I love them all Eloise, I just love music so whether it’s playing to 20 people on a beach, 1,000 people indoors or 30,000 people at a festival they’re all different but they've all got their place. Music is so special; it’s part of everyone’s lives whether we think we like it or not. It’s in us from when we’re born, at all the big occasions in our lives, from weddings and funerals to birthdays and all our celebrations. To play a festival is great fun; seeing the whites of people’s eyes and making a great rock and roll show is just so exciting.

Can you tell me a little bit about your most recent album, Shoot Me Your Ace?

Let me take you back a bit. So, I sang a song with a band called Skindred; me and Bengie did the vocals on this song called Machine and Andy Taylor – who plays in Duran Duran and made the great Power Station Records – heard the vocal and asked me to come to sing with him. He was in Ibiza at the time, so I flew out and sang a few songs on a project he was working on, which I really enjoyed. A couple of weeks later, I got a call asking if I could come back and sing some more. I ended up singing like five or six songs on this project and then he said he was coming to England and we had a summer of festivals coming up so I asked him to come jam with us. He turned up at Glastonbury Festival and came out to play two or three songs with us which was great, and then we invited him down to our rehearsal space to jam out with us but it wasn't long until it turned into a bit of a habit and before we knew it, we had like 15 songs so we thought we best record it. This fabulous drummer called Luke Bullen came down and – this is unbelievable – we cut six songs in one day without him ever having heard the songs before. We did six on the Wednesday and then another six on the Thursday and then on the Friday we travelled to London to go to a studio we had booked. On the Saturday, we cut another six songs. We thought we would do four songs over the whole weekend, but we went above and beyond that. We came home from London thinking how incredible it was that we just recorded an album this quick, and if you listen to the last song on the record, you can hear it's just us totally jamming; it’s so exciting to capture that kind of energy. I should probably mention though, that this was in March 2020. We came home and the whole country locked down so we joke that it was the quickest and the longest record we’d ever made because although we did it over a weekend, we had to sit on it for over a year before we could sequence it and master it.

A little bit, you just want to crack on, but you have to take as long as it takes to get it right. During that year, one of the only things that kept our spirits up was this album and whenever we pressed play on what we recorded, I felt alive. I knew we had something so special. Half the time when you record music, you think ‘I wish I did that’ or ‘that lyric is daft’ or ‘I wish I added that here’ but with this record, even though we sat on it for a year it still sounded so exciting and big. There were no changes I wanted to make which is so rare. 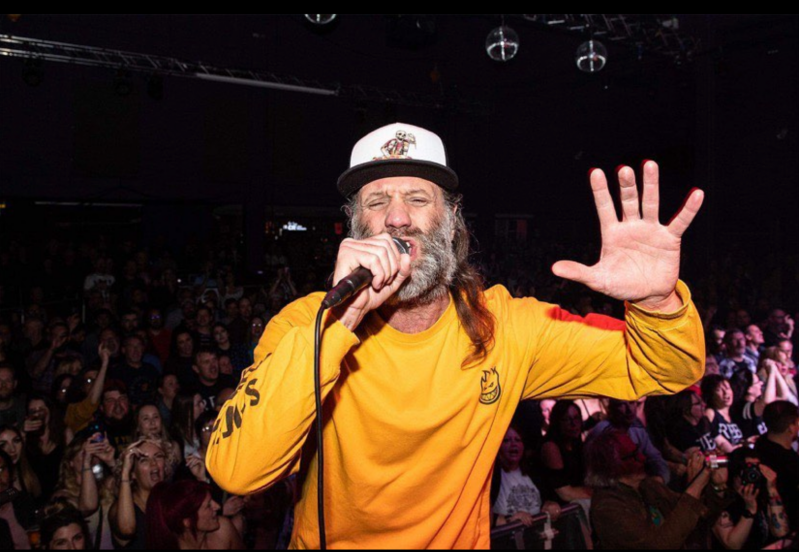 You guys have been in the industry a long time now, what would you say is the main way that it has changed since you’ve been away?

There’s a hell of a lot less money in music now, that’s for sure; in the figures and the deals you strike, for example. We just made a great video for Shoot Me Your Ace, the title track of the album, which we might have spent about seven grand on. Now, when you think Place Your Hands costed a quarter of a million to shoot, it makes you realise that budgets are a lot smaller now. There’s not a lot of money coming back to you because every bugger wants to stream their music for free. We’re lucky we have a few quid behind us because we’ve been around for a while, but I do feel for younger people coming in – I don't know how they make it work but music and creativity will always survive. The money would be the first and probably the only thing that’s changed really, but who cares. We do it for the love of the music. We love rocking out and we’re still here playing and creating and that’s the important thing.

And on a more personal level, your lives have changed so much since your careers began. Has this affected your creative process?

Maybe, but it’s hard to quantify that. I guess you would have to ask people around me. I’ve got five kids which has gotta change you in some way, doesn’t it? I’m also very selfish when it comes to music in the way that, when I’m working I don’t really want to think of much else – I hope I haven't neglected anyone in that! That focus as a musician to get something done and to see it through is sometimes a struggle, and sometimes (like this last record) it’s a breeze. I know that I want to be single-minded about music and not cut any corners.

How do you relax?

I mean, cuddles and sex are big stress relievers but being outdoors is as well; going to the beach, going to the woods – you feel it in yourself. That feeling of the sand, the wind coming off the sea or when it snows, and everything goes quiet – it’s magic. We're human, we all love that; it's just remembering that sometimes. The outdoors is one of the big stress relievers for sure. I enjoy walking and I find it’s very rare that I go for a walk and don’t come back with some sort of melody or lyrical idea because that ‘left, right, left, right’ rhythm of our bodies (without sounding like a hippy) clears your mind.

What’s your screen time like? I mean my phone tells me and I’m like ‘what am I doing on my phone this often?

I don’t like to look when it shows me… What are you listening to at the moment?

I had Harvey Mandel on the other day, Aretha Franklin as well. I love listening to heavy metal; Uncle Acid & the Deadbeats really turn me on at the moment. It’s all bits and bobs really. I must admit, I probably listen to more of my own music than other people’s! 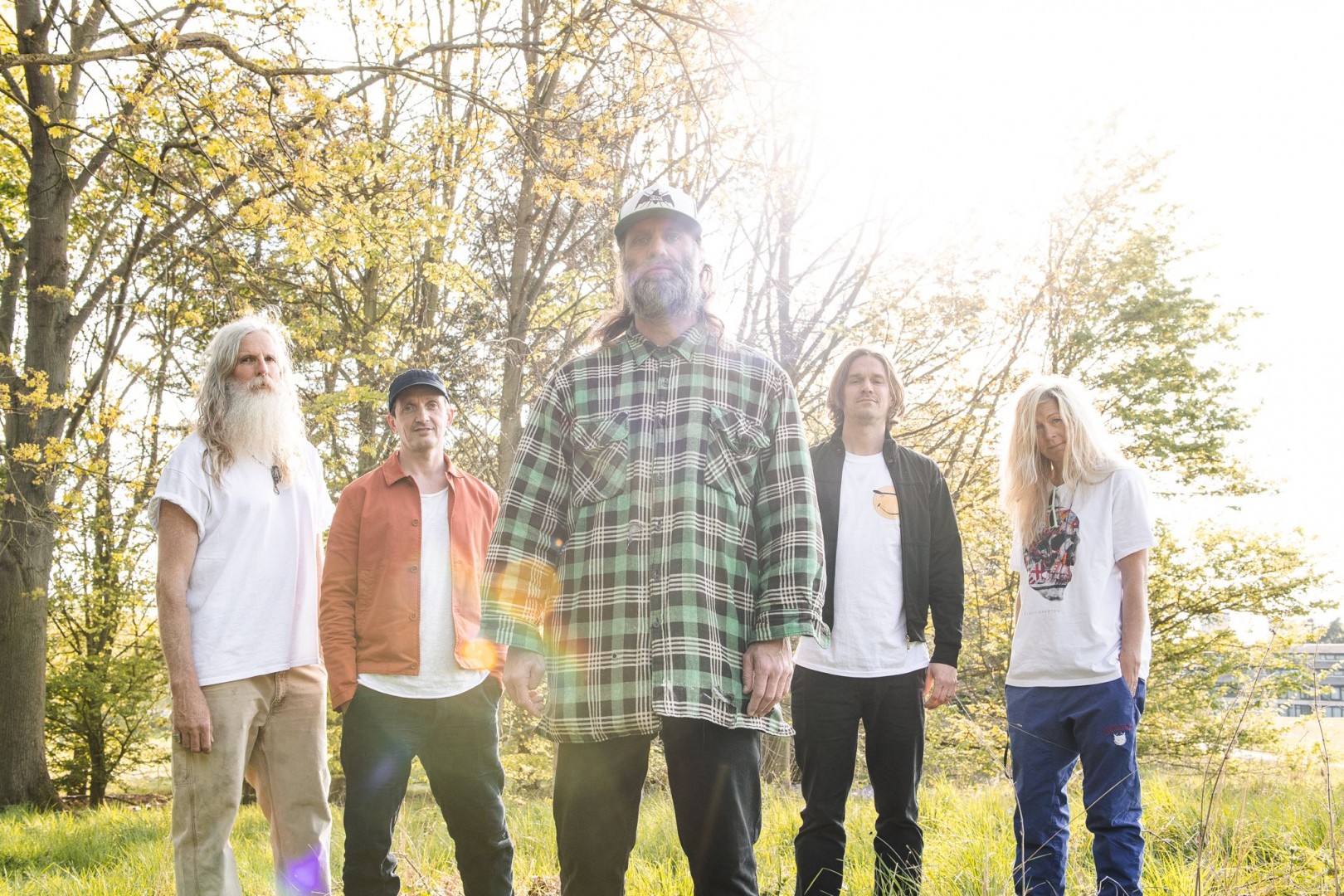 Just finally what’s in store for you guys this year?

More festivals, more shows. We announced another six or eight shows in the summer and there’s more to come which I can’t tell you about just yet. I think we will be doing shows every weekend this summer it’s going to be a very busy year and after being sat on our arses for so long, hallelujah.