Who Gives a Fig?

“ First things first: a fig is not a fruit”

Dr Chris Thorogood, Deputy Director and Head of Science at the Oxford Botanic Garden and Arboretum

Figs are fascinating. They include some of the earliest domesticated crops and they have been cultivated in some parts of the world for over 11,000 years. There are over 870 species growing wild, mainly in world’s tropics and subtropics; they are big business in the horticultural and food industries, and their biology is extraordinary (more on that in a moment). 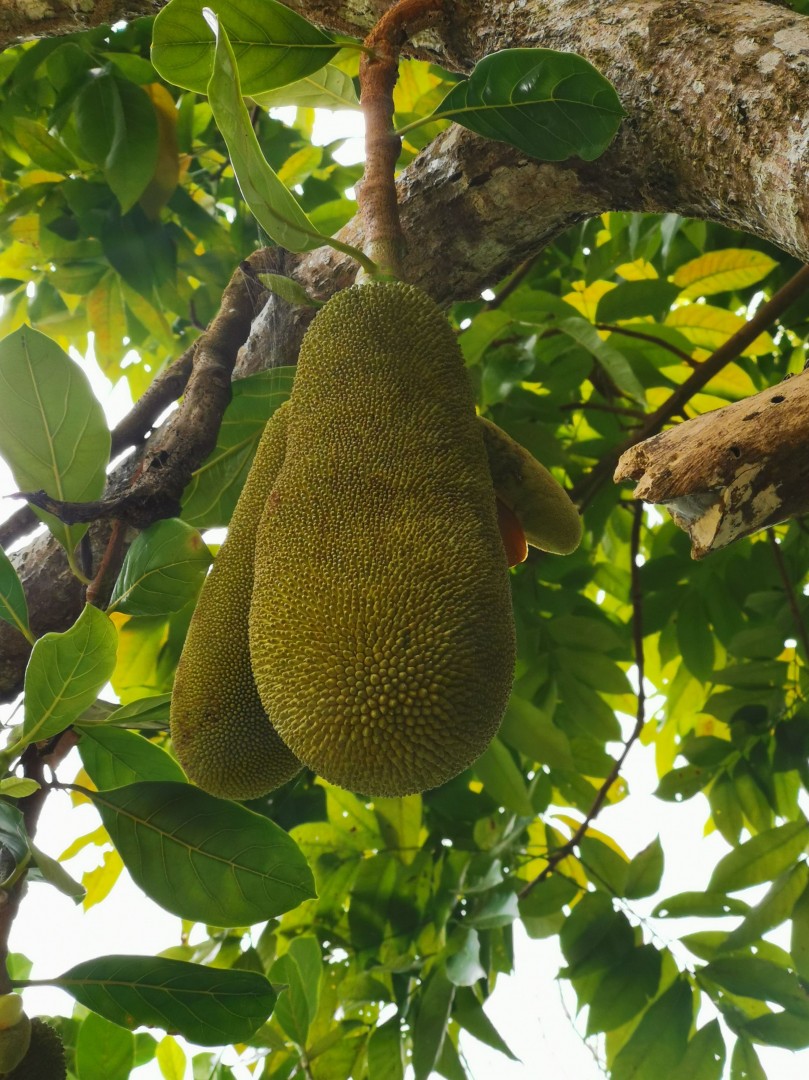 But it’s not just figs that are fascinating - fig relatives are important, too. These include mulberry and breadfruit, for example. Recently I joined a botanical expedition in the rainforests of the Philippines, and the forest was full of these curious plants: figs hanging from branches, sprouting out of tree trunks, and colossal breadfruits suspended from the canopy that looked as though they could do some serious damage to a person’s head, should they fall on them…

Figs and their relatives have fascinated botanists for centuries, particularly because of their strange mode of pollination. First things first: a fig is not a fruit. Let me explain. Botanically speaking, a fig is actually a syconium – an infolded structure within which the tiny flowers are enclosed, which never see the light of day. In other words the fig is a collection of tiny flowers, born in a fleshy ball. There’s more. Figs are intimately associated with so-called fig wasps, with which they have evolved for at least 60 million years. The wasps crawl into the fig through a tight passageway called an ostiole, into a central cavity where the figs’ flowers are produced. They carry pollen from another fig and fertilise some of the tiny flowers, whilst laying their eggs in others. Flowers which receive an egg develop a gall ON which the wasps’ grubs feed; meanwhile flowers which receive pollen develop seeds. Emergent wingless male wasps mate with winged females, which collect pollen as they crawl around the inside of the fig; the fertilised and pollen-laden female wasps then bite their way out, and fly off to find new figs to lay their eggs in. Isn’t it bizarre? 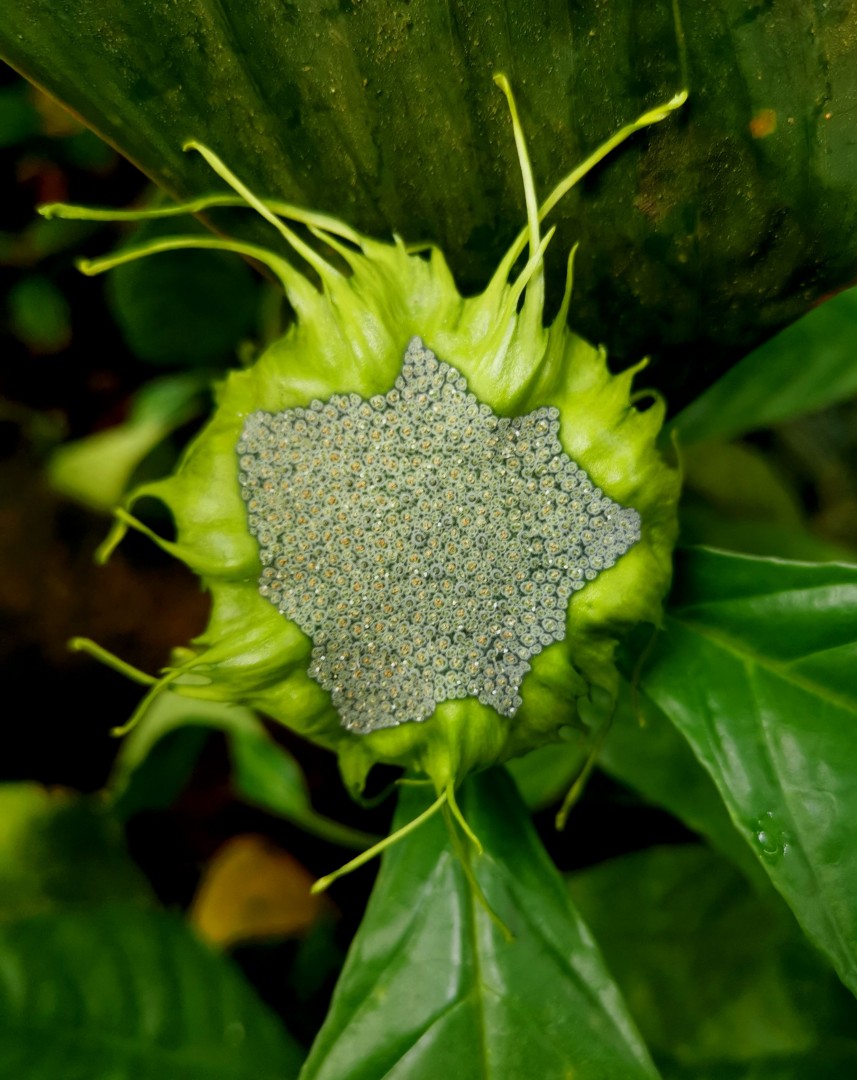 We have carried out research into some of the lesser-known relatives of figs here at the Botanic Garden, for example a peculiar plant called Dorstenia. Its flowers are produced in what look like inside-out figs, framed with horn-like projections. We examined the reproductive biology of these unusual plants to see if they can provide novel insights into how their relative, the fig, may have evolved. Our hypothesis is that Dorstenia may resemble something like a precursor to the modern-day fig as we know it, and its fascinating symbiosis evolved with pollinating wasps. In fact, scientists have actually seen flies laying eggs in Dorstenia flowers in the wild, adding weight to our hypothesis.

You can see the ‘inside-out fig’ Dorstenia for yourself, growing right here in the veritable rainforests of Oxford Botanic Garden’s glasshouses.