“A brand-new adaptation that brings Oscar Wilde’s Faustian tale kicking and screaming into a world of Instagram, Facebook and dating apps.”

The full cast has been announced for the brand-new digital production of The Picture of Dorian Gray in a co-production with Oxford Playhouse, Barn Theatre, Lawrence Batley Theatre, New Wolsey Theatre & Theatr Clwyd, which streams from 16 – 31 March 2021.

Joining previously announced Fionn Whitehead in the title role, will be Alfred Enoch as Harry Wooton, Joanna Lumley as Lady Narborough, Emma McDonald as Sibyl Vane, and Russell Tovey as Basil Hallward, with Stephen Fry as the Interviewer.

The Picture of Dorian Gray, based on the novel by Oscar Wilde, will reunite the creative team behind What a Carve Up! with Henry Filloux-Bennett writing the new adaptation, with direction by Tamara Harvey.

Director Tamara Harvey said of the casting, “When trying to tell stories in Covid times, with very few resources and almost no time, the thing you need from your cast more even than talent is a spirit of collaboration, combined with patience, kindness and large doses of humour. Every member of our cast for Dorian Gray brought that and more. They are not only ridiculously talented but also – perhaps even more importantly – they’re all seriously good people, which has made the making of this piece a joy.”

Set in a profile pic-obsessed, filter-fixated world where online and reality blur, influencer Dorian Gray makes a deal. For his social star never to fade. For the perfect self he broadcasts to the world to always remain. But as his mental health starts to decline, as corruption and murderous depravity start to creep into his world, the true and horrific cost of his deal will soon need to be met.

Each of us has heaven and hell in them. In a profile pic-obsessed, filter-fixated world where online and reality blur, influencer Dorian Gray makes deal. For his social star never to fade. For the perfect self he broadcasts to the world to always remain. But as his mental health starts to decline, as corruption and murderous depravity start to creep into his world, the true and horrific cost of his deal will soon need to be met.

From the team behind the New York Times Critic’s Pick, five star “game-changer” (Telegraph) online production of What a Carve Up!, comes a brand-new adaptation that brings Oscar Wilde’s Faustian tale kicking and screaming into a world of Instagram, Facebook and dating apps. Like What a Carve Up!, the production is set to push the theatrical form, utilising elements found in radio plays, films, documentaries as well as traditional theatrical techniques.

The creative team also includes set and costume design by Holly Pigott, assistant direction by Eleri Jones, Benjamin Collins as director of photography, sound design and original music by Harry Smith and original song by Jared Zeus. The Picture of Dorian Gray is a co-production with The Barn Theatre in Cirencester, the Lawrence Batley Theatre in Huddersfield, the New Wolsey Theatre in Ipswich, Theatr Clwyd in Mold and Oxford Playhouse.

The production will be available internationally, running until 31 March. Tickets can be purchased via www.oxfordplayhouse.com, with audience members receiving a screening link which will activate on their booked performance date for a 48-hour period. Tickets are priced at £12, which will include both a link to the production as well as a digital programme. Audio description and closed captioning will be made available for the production during its run.

Education packs, which will be packaged with performance links at £100 per school/group, are also available for the production and have been curated to be used across a range of curriculum areas, particularly to those studying Drama and Theatre, Performing Arts, Media and PSHE.

For theatre his work includes Crave (Chichester Festival Theatre), What a Carve Up! (online), Tree (MIF and Young Vic), Red (Wyndham’s Theatre), King Lear (Royal Exchange Manchester), Coriolanus (Donmar Warehouse), Timon of Athens, Antigone (National Theatre). For television, his credits include Foundation, Trust Me, Troy, How To Get Away with Murder, Sherlock and Broadchurch; and for film, Tigers, and he played Dean Thomas across seven of the eight Harry Potter films. 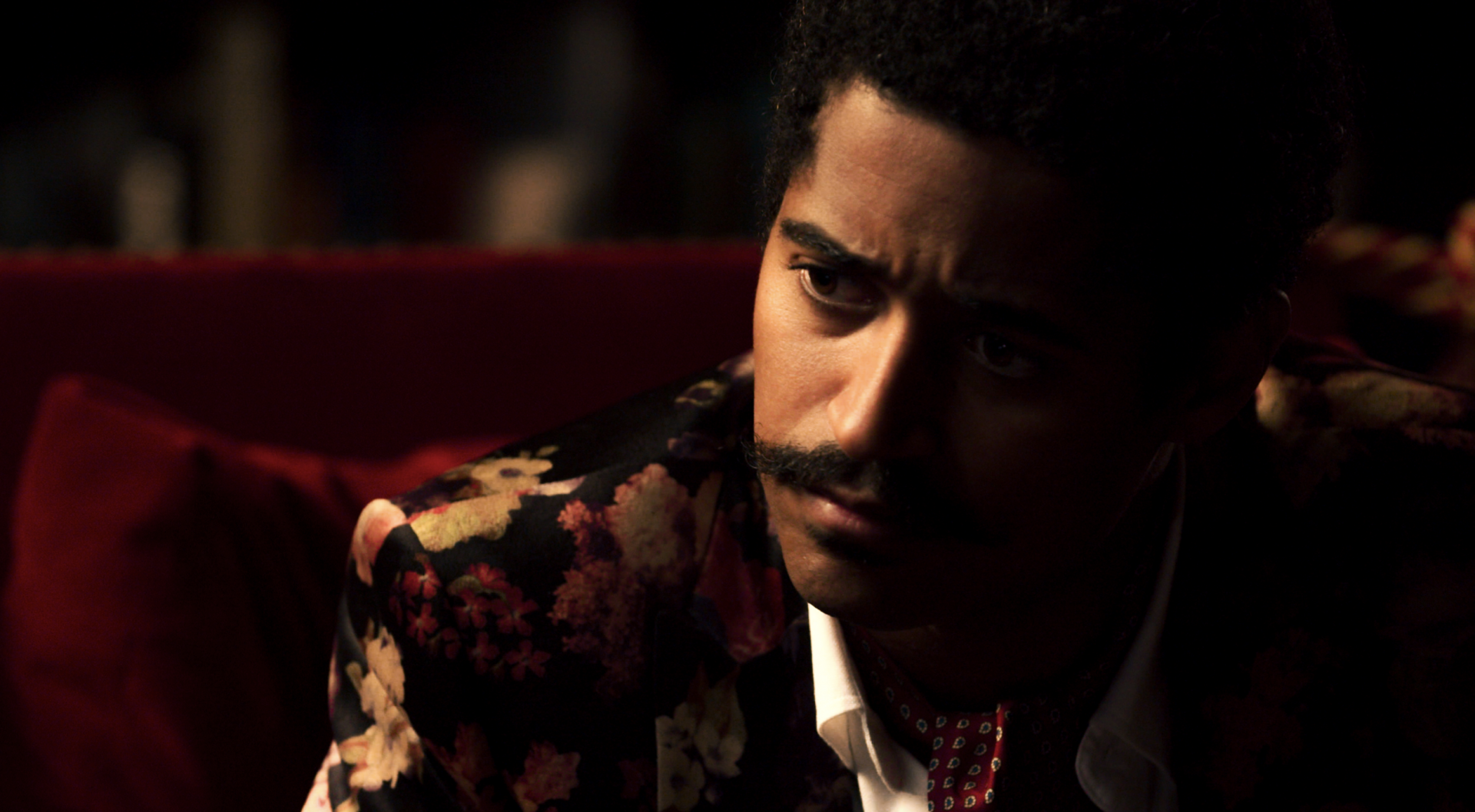 STEPHEN FRY as the Interviewer

He is a multi-award-winning comedian, actor and writer. His theatre credits include Mythos – A Trilogy: Gods. Heroes. Men (UK tour), Twelfth Night (Shakespeare’s Globe/Apollo Theatre/Belasco Theatre, Broadway), Forty Years On (Chichester Festival Theatre) and The Common Pursuit (Watford Palace Theatre/Phoenix Theatre). His television credits include It’s a Sin, Sex Education, Danger Mouse, 24: Live Another Day, Kingdom, Black Adder Goes Fourth, Black Adder II, and A Bit of Fry & Laurie and Jeeves and Wooster alongside comedy partner Hugh Laurie. He also hosted BBC’s QI for 13 years and has presented multiple documentaries including the Emmy-Award winning, Stephen Fry: The Secret Life of the Manic Depressive. His film credits include Love and Friendship, The Man Who Knew Infinity, The Hobbit: The Battle of the Five Armies, The Hobbit: The Desolation of Smaug, Sherlock Holmes: A Game of Shadows, St Trinians, A Cock and Bull Story, Gosford Park, Wilde and A Fish Called Wanda.” 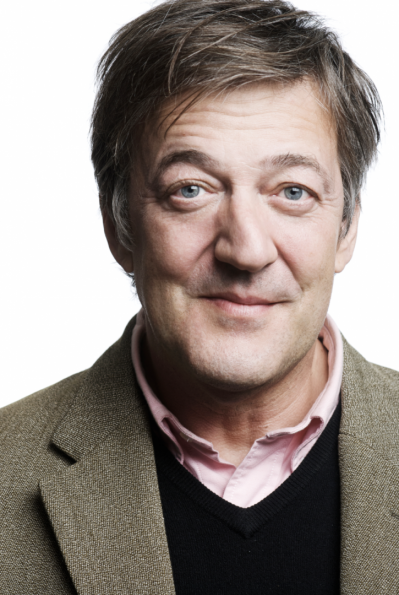 From Bond girl in On Her Majesty’s Secret Service to the iconic Patsy in Absolutely Fabulous, Joanna’s glittering career has spanned over four decades, through Purdey in The New Avengers, Sapphire in the cult classic Sapphire and Steel and movies including Tim Burton’s The Corpse Bride and Scorsese’s The Wolf of Wall Street. She has garnered multiple awards, including two BAFTAs and honours (OBE, FRGS and five honorary doctorates). Among her many charity endeavours, she is best known for her tireless support of the Gurkha Justice Campaign. 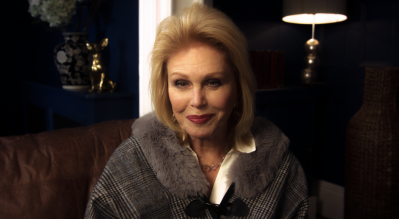 Her theatre credits include The Sweet Science of Bruising (Wilton’s Music Hall), Macbeth, A Midsummer Night’s Dream, The Picture of Dorian Gray (The Watermill Theatre), Twelfth Night, Romeo and Juliet (The Watermill Theatre/European tours), Much Ado About Nothing (Iris Theatre) and Pride and Prejudice (Sheffield Theatres); and for film, Get Luke Lowe. 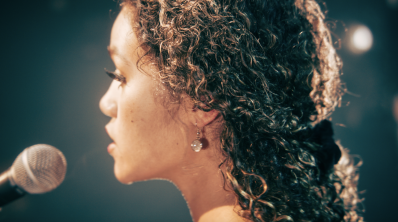 His theatre credits include Pinter at the Pinter: The Lover/The Collection (Harold Pinter Theatre), Angels in America, His Dark Materials, His Girl Friday, Henry V, Howard Katz (National Theatre), A View From The Bridge (Lyceum Theatre, Broadway), The History Boys (National Theatre/Broadhurst Theatre, Broadway), The Pass, A Miracle, Plasticine (Royal Court Theatre) and A Respectable Wedding (Young Vic). Noteworthy television credits include The Sister, Years and Years, Flesh and Blood, Quantico, Him & Her, Being Human, Looking, The Night Manager, Doctor Who, Sherlock, Legends of Tomorrow, The Flash, The Job Lot and Little Dorrit; and for film, The Good Liar, Mindhorn, The Pass, The Lady In The Van, Pride, Grabbers and The History Boys. Tovey also co-hosts art podcast Talk Art with gallerist Robert Diament, where they interview leading artists, curators, gallerists and celebrities. Talk Art will be releasing a book in May 2021 and is available for pre-order on Amazon. 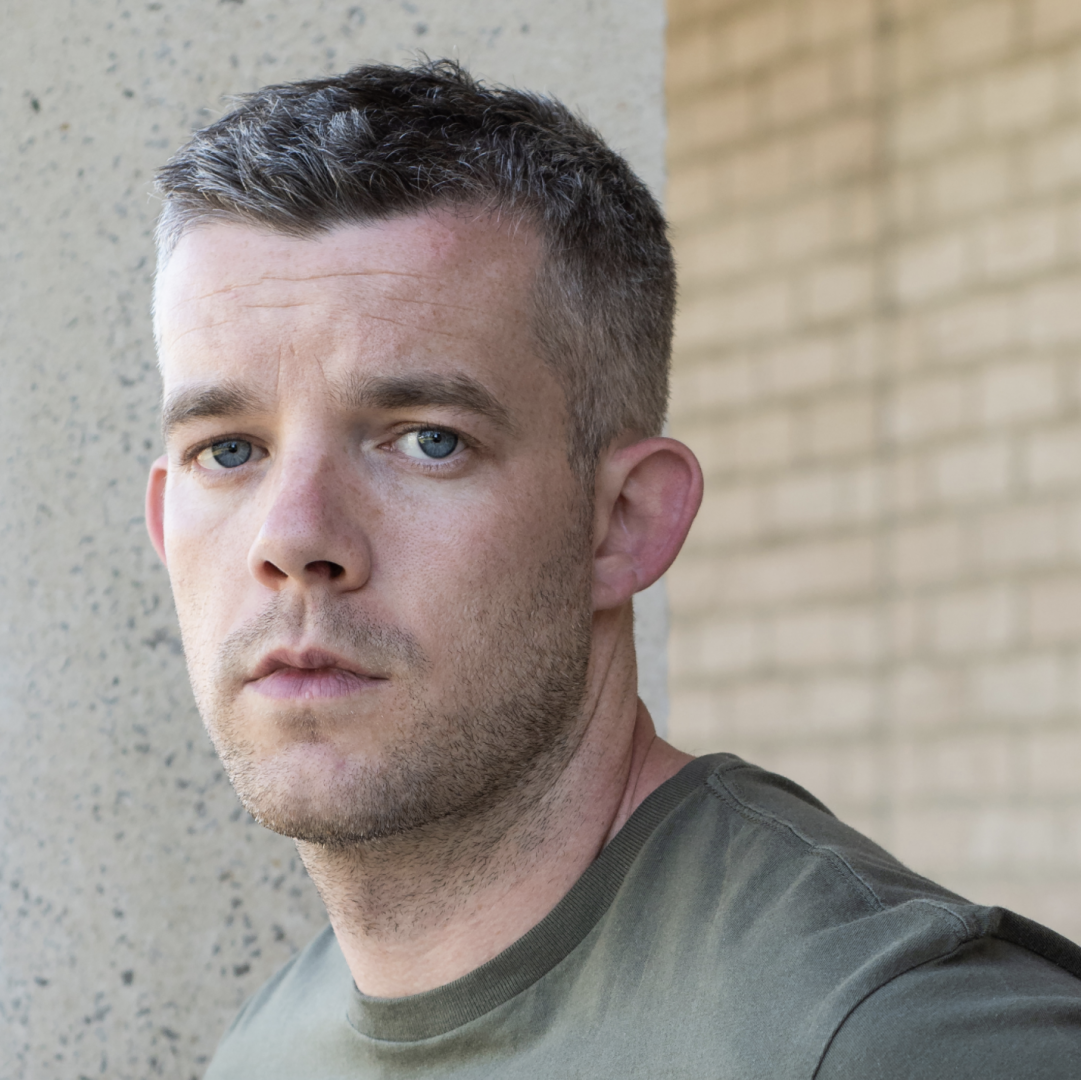 Most recently seen starring in the Lionsgate and Saban Films’ Don’t Tell A Soul, Fionn Whitehead is best known for his critically acclaimed performance as the protagonist Tommy in Christopher Nolan’s Academy Award nominated war film, Dunkirk. He also appears in the the Emmy Award winning BANDERSNATCH. Other credits include leading roles in Richard Eyre’s THE CHILDREN ACT opposite Emma Thompson and Stanley Tucci and PORT AUTHORITY which was Exec Produced by Martin Scorsese and premiered in competition at Cannes. Fionn can currently be seen in Alex McAulay’s debut DON’T TELL A SOUL and will be seen later this year in Roger Michell’s THE DUKE opposite Helen Mirren and Jim Broadbent and Neil Burger’s VOYAGERS. 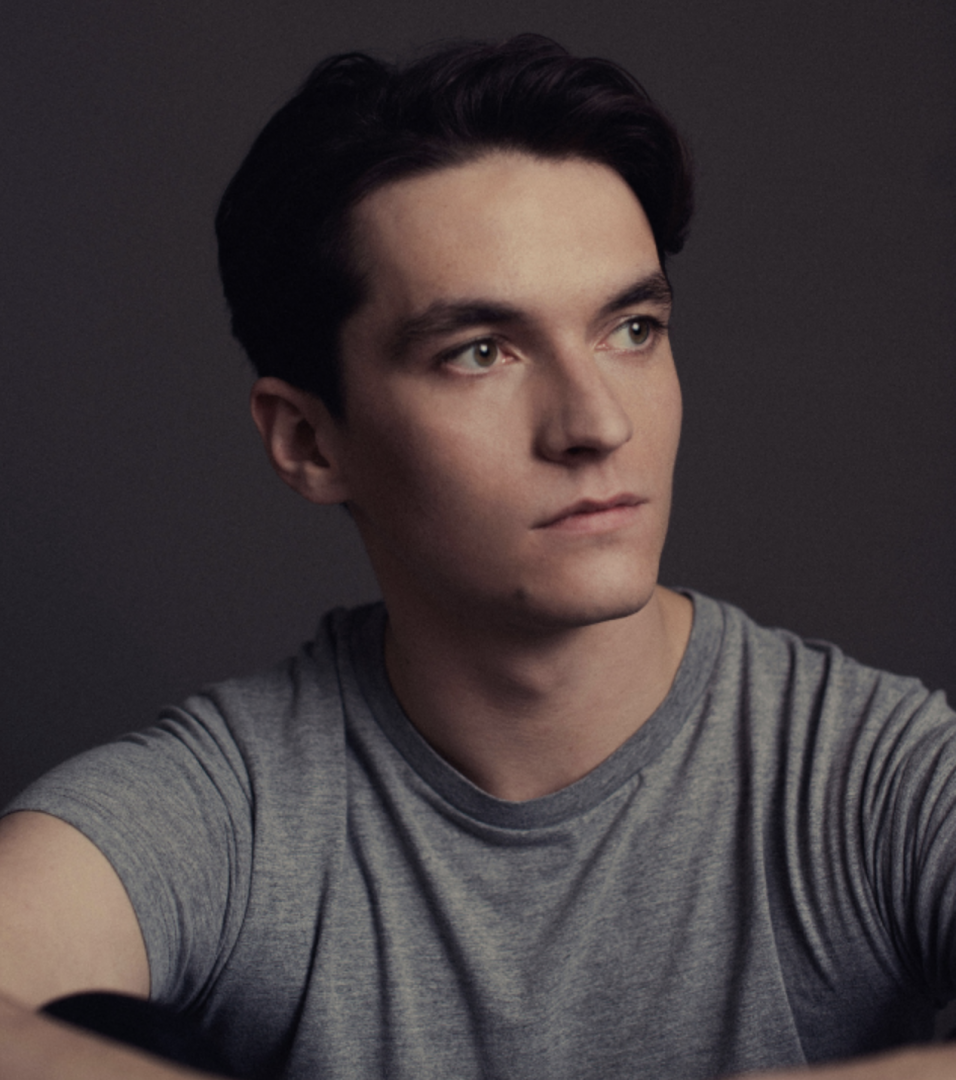 Henry joined the Lawrence Batley Theatre in Huddersfield as Chief Executive and Artistic Director in 2019. West End credits to date include: as a writer, Nigel Slater’s Toast (The Other Palace); as a director, The Importance of Being Earnest (Theatre Royal Haymarket); and as an independent producer, Well (Apollo Theatre). Most recently Henry wrote The New York Times Critic’s Pick What a Carve Up! based on the novel by Jonathan Coe, which was seen in over 40 countries and chosen in the Guardian’s Top 10 theatre shows and The Telegraph’s Top 50 Cultural Events of 2020. In January 2021 he was included in The Stage 100.

Tamara Harvey is the Artistic Director of Theatr Clwyd, where her productions have included the Olivier Award-winning Home, I’m Darling, the Menier Chocolate Factory co-production of Orpheus Descending, and the premières of Pilgrims by Elinor Cook and Peter Gill’s version of Uncle Vanya. Before Theatr Clwyd, she was a freelance director for 15 years, working on classic plays, new writing, musical theatre and in film.