Bringing the social sciences to the larger public

“My biggest concern is to find better, more mature and mutually respectful ways to have a democratic conversation. ”

The Science of Sparkle

Professor of international relations at University of Oxford and chair of the Oxford Working Group on Brexit, Kalypso Nicolaïdis spoke to us from Athens – at a conference on post-COVID Europe – to discuss her involvement in IF Oxford, the science and ideas Festival, as well as the dangers of scapegoating and how Greek mythology can be applied to our everyday lives. 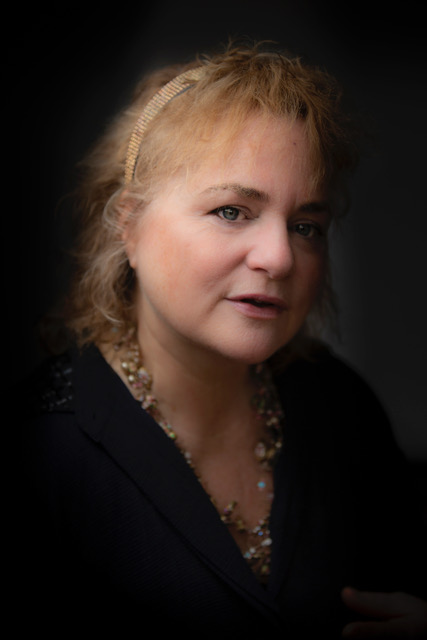 What’s lockdown meant in general for you and your field?

It’s the greatest irony because in international relations we’re all about connecting people at long distances and I can talk to colleagues in Japan, the US, Africa and across Europe and work with the UK while I’m here in Greece or from France where I was before. You can manage transborder relations even better. Suddenly the way in which you move around – for either personal or professional reasons – is disconnected from the work stuff so it’s good from a professional point but perhaps bad for the personal side of things because your work can now follow you everywhere.

You wrote your book, Exodus, Reckoning, Sacrifice: Three Meanings of Brexit not long ago at all, but everybody stopped talking about Brexit once the pandemic struck.

Indeed, although today I was in the lounge with Greek members of the government and we did talk about Brexit! People in the know do realise that COVID-19 will last for a long time but the peak of it will pass, whereas the impact of Brexit will be here for decades to come. The relationship between Britain and continental Europe is an old story of hundreds and hundreds of years but we’d found an uneasy equilibrium when the UK was part of Europe – now it’s all back on the table. People are turning their attention back to Brexit, it’s not gone away. I did a book tour in the fall all around Europe to 20 different cities which was fun and inspiring. The second leg was to be in the spring but of course none of it happened – what can you do? So it is hard to know if the public is still interested...

At IF Oxford you’re going to be looking at topical issues in relation to Greek mythology, for example Oedipus in relation to COVID-19, how do you think this will help people approach these issues?

Hopefully it’ll be interesting and exciting for people because approaching politics through the lens of archetypal myths is a different way of looking at the old political problems that we all know about. My biggest concern is to find better, more mature and mutually respectful ways to have a democratic conversation. The foreignness or strangeness of myth paired with some residual familiarity can allow people who may think they’re on very opposite sides, to find a common language with which they have some ironic distance. Myths allow us to ask questions in a different way and while they don’t provide us with any new answers, they give us a new angle. In the case of Oedipus – ok, he killed his dad and married his mum which is not a great thing to do and he was dearly punished for it, stabbing his eyes out and thrown into exile with his daughter Antigone. But in truth, was he responsible for his curse and the deeds that followed? It was actually his father who had been a horrible person. The message here is that history is a complex series of causes and effects which of course we need to explore. But humans tend to try to simplify and blame a scapegoat who will carry the burden of what we have done wrong. This is what we need to deconstruct by finding the patterns which we can recognise. A scapegoat has to be someone or a group of people who are enough like us that it’s significant to sacrifice them, but different enough that we can sacrifice them. What I want to convey at IF Oxford is that with these stories in our minds, we can have a conversation about ourselves and about how people come to be scapegoats and how we can resist this urge.

Are we too keen to find someone to blame for the handling of the current crisis, for example?

Yes, I would say we’re blaming for the sake of blaming because the truth is that the pandemic is due to many interacting factors. From an epistemological view, we’re not going to find one culprit, we’re going to find a very complex mix of factors. The IF festival is about trying to convey how social science works, which is very different from blaming. To blame X, Y or Z – a politician here or a bureaucrat there – that’s useless, and that’s not a scientific attitude, that’s a social attitude. Social attitudes can be good but they can also be lethal and the one that consists of looking for scapegoats has been a terrible plague on society throughout history.

In another of your IF Oxford sessions, you talk about hubris and about whether it is a good or a bad thing. Does that session reach a conclusion?

I want to make a crucial point here: throughout all the sessions, my audience will not hear some right or wrong answer. That’s really important. Social sciences is not physics. Whether hubris is good or bad depends. Hubris has a bad reputation, as it is linked in our minds with actions that violate the accepted order while betraying recklessness and overconfidence. People like our prime minister in Britain or Trump are often accused of hubris. Of course, if you’re endangering other people or society then it’s a bad idea, but if you’re daring to do something that will open up the skies, is it a good thing? Very often we root for hubristic characters in Greek mythology, like Prometheus who stole the fire from the gods to give it to human beings. There are many stories of hubris in Greek mythology that can lead us to different conclusions which I plan to bring up during our IF session.

You question whether it’s gendered, is that about seeing whether self-confidence and pride are perceived differently depending on whether it’s exercised by a man or a woman?

Yes. A great mythical woman who exercises hubris is Arachne. She’s a beautiful young woman who weaved the tapestry showing how the gods raped women. She was transformed into a spider by goddess Athena to punish her for claiming to have greater talent. Today, we can see her as the godmother of #metoo, but how was she perceived in antiquity? 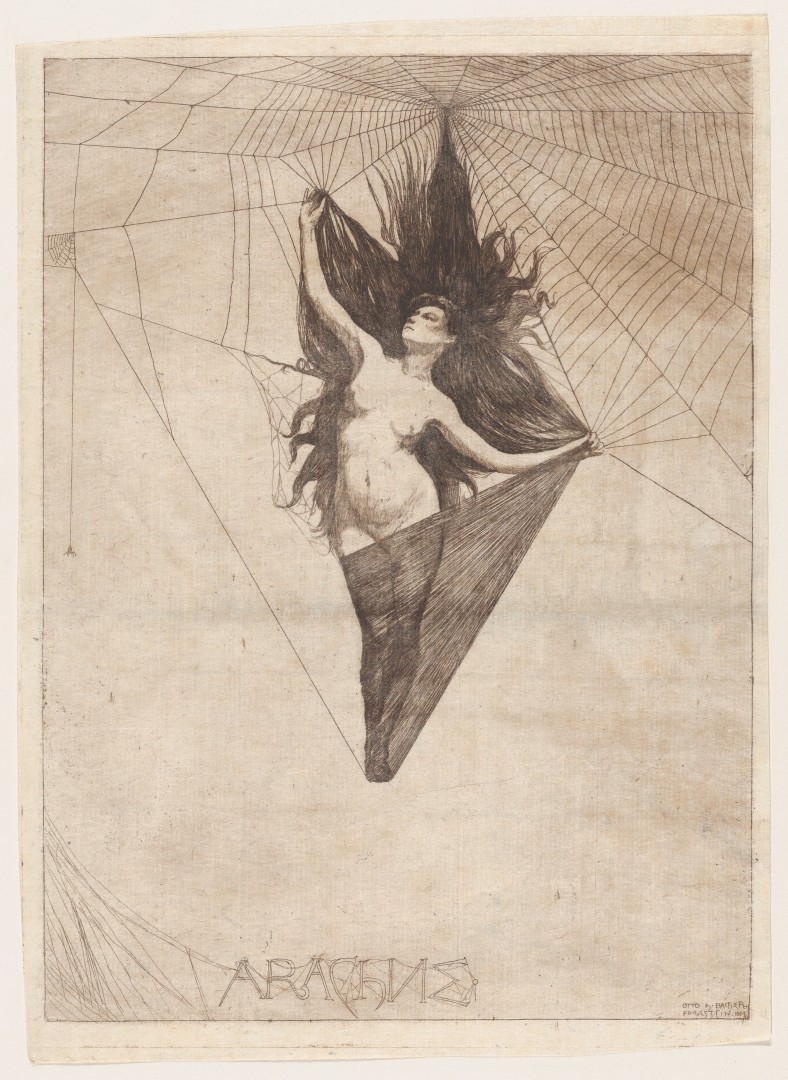 The chorus has always been an integral part of Greek theatre, you’ll be touching on that aspect as well, possibly across all of your sessions.

That’s the experiment about which I’m most excited but also most insecure. I would like my participants not just to do the traditional Q&A but – as I said about the democratic conversation and empowering people – be an integral part of the story. In Greek tragedy you always have a chorus. Often wise, sometimes a bit whimsical, they either tell you what happened before or they comment on the ongoing plot in some way or another. They often criticise the characters or they ask questions like, ‘What has she done and why has she done this?’ Sometimes the whole chorus speaks with one voice but sometimes you have different voices in a story. They will always however, react and engage with the actions on the stage. When I did my TEDx Talk, I was speaking to the public as if they were the chorus, but I couldn’t involve them because I was only on the stage for 15 minutes. The science and ideas Festival will be an occasion to move one step further in the experiment.

What else is on your agenda?

I always have 500 projects! the reform of transnational governance, thinking about Europe after COVID, developing my ‘demoicratic theory.’ But ‘myths and politics’ encapsulates a lot of where I’m at – exploring ways to bring the social sciences to the larger public. I’ve been thinking a lot about the COVID pandemic and what it means – as you can see on my website – as an opportunity to rethink. My sessions each explore different flaws in our democracies which are met by the desire for change including through new modes of communication. I hope to create spaces for futures of recognition, our mutual recognition by helping people talk with one another across social, cultural or ideological divides – it’s a very big agenda.

Once you do the sessions, is it hard to work out whether they’ve worked, whether people have taken note?

You hope that people like it and are inspired by it but apart from comments on social media – which are more often from people who are negative rather than those who are positive – you don’t know. You just have to hope you’ve made a difference.

Kalypso Nicolaïdis will take part in IF Oxford via Zoom on 4, 11, 18 and 25 October. If you want to see more of her work, visit her website (kalypsonicolaidis.com) where you can find details of her latest book and much more.