The Science of Sparkle

“Did your last conversation make you feel a million dollars? ”

“I’ll Tell You Because We’re Talking”

To countless generations the iconic phrase, ‘Diamonds are forever’ – coined in 1947 by young copywriter Frances Gerety and glamorised by James Bond – set in stone the link between eternal romance and these glittering jewels. Diamond’s properties however, stretch far beyond their aesthetic appeal. With extreme and diverse characteristics, diamond features in the manufacture of everyday items like smartphones and high-end audio systems, and in processes from cutting and polishing to even the latest uses in quantum technology.

Diamond and graphite are both made from the element carbon yet have vastly different properties. Whereas diamond is the hardest-known natural material on the planet holding the maximum value of 10 on the Mohs scale of hardness, graphite is very soft. In diamond, each carbon atom is bonded between four others in a symmetrical cubic lattice. This strongly-bonded, tightly-packed arrangement gives diamond extraordinary properties, and this structure can be modified with other elements or defects to fine-tune its properties, including its hue. The golden yellow and royal blue colours found in natural diamond gemstones are the result of nitrogen and boron having been incorporated into the structure during formation. By making diamonds in the laboratory using either high pressures and high temperatures – similar to the process that natural diamonds are formed in the earth, or via a chemical process – it is possible to change these defects in the diamond so they are perfect for industrial applications.

From as early as the 16th century, diamonds have been used to polish and cut other diamonds; something so hard needs something equally hard to polish it! The inherent hardness of diamond makes it perfect for use both in abrasive applications from cutting and drilling in the energy sectors and as components in machining, mining, and construction machinery whether big, for roads, or small for a computer component.

Precision machining is vital in the aerospace and automotive sectors. In particular, hybrid motors and green energy sources use aluminium, reinforced plastics and advanced titanium alloys to save weight and ensure efficient combustion. Fortunately, superhard materials like diamond can be cut and shaped for use in inserts, grinding wheels, drills or dies for machining tools – a glittering star in the face of contemporary manufacturing challenges. Diamond is likely to have been used to machine the materials for that phone in your pocket.

The spark of attraction 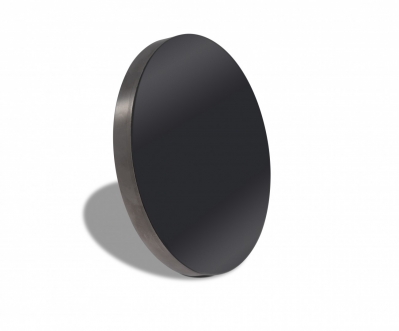 A battery works when two different chemicals react with one another, one giving up electrons to the other so that electricity flows. This process can be run in reverse by passing electrons through two electrodes to make a chemical reaction happen, for example to electroplate the copper on the pennies in your purse or in the production of aluminium from mined ores. The reactions which occur in this electrochemical process depend on both the solution between the electrodes and on the material from which the electrodes themselves are made. Adding small amounts of the element boron to diamond as it grows, not only turns the diamond blue, but also allows it to conduct electricity making it suitable as an electrode. The strength of the strongly-bonded structure means that diamond doesn’t react easily with other chemicals, so that large voltages can pass through diamond electrodes without eating away at them so they can be used to create ozone (yes, the same stuff that protects us from harmful UV-rays in the atmosphere) in tap water. ‘Ozonated’ water has similar bacteria killing power to that of common chemicals like bleach (yet doesn’t leave residual harmful chemicals behind as the ozone simply breaks down into oxygen, O2) to leave your surfaces sparkling – all the more important in this world of COVID-19.

Too hot to handle 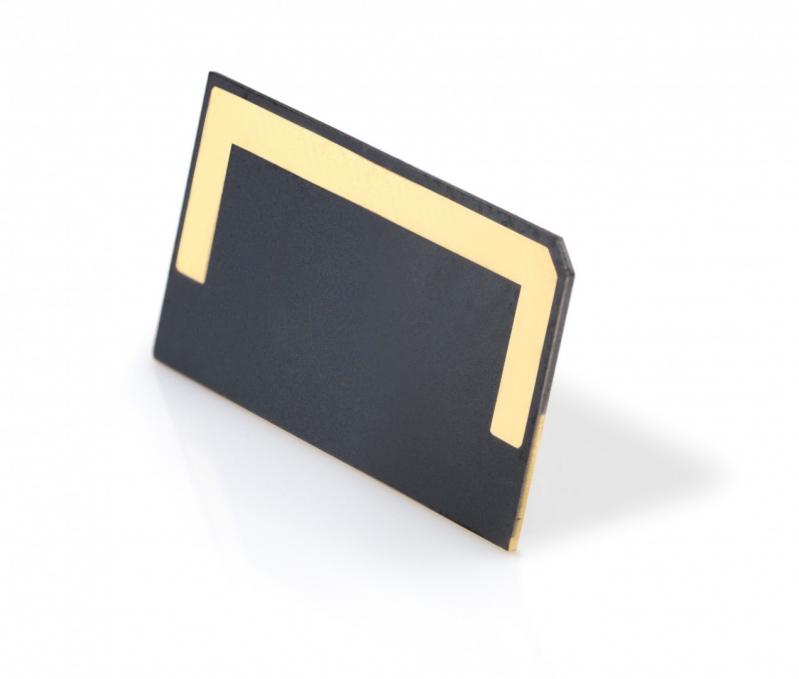 When using your smartphone to play the latest video game or a tablet to watch a film, you’ll have noticed how your device heats up – that’s because when electricity passes through electronic chips, energy is wasted as heat. This heat can break electronic apparatus – both big and small – so device designers carefully plan their internal layouts using tiny metal components to draw the heat away from the electronic chips. Diamond can do a much better job! Because of its rigid structure, diamond has amazing thermal properties, spreading heat nine times more efficiently than aluminium and five times faster than copper. Although too expensive for a hand-held device, diamond is used to remove the heat at the mobile base stations which transmit calls from thousands of handsets. Did your last conversation make you feel a million dollars? 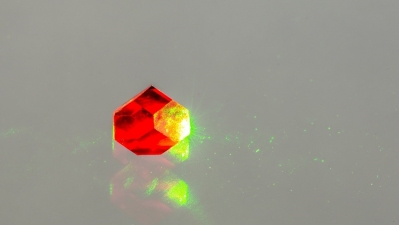 Computers move electrons around to create the 1s and 0s of our digital world, however as well as electronic charge, electrons have another property called spin. It is this spin, which is responsible for magnetism and like electric charge, with the familiar plus or minus on a battery, spin is classified as up or down. Spin is a quantum property – that is it obeys the weird rules of quantum mechanics where for example the spin can be up and down at the same time or an electron can be in two places at once. The challenge is that quantum properties are delicate, which is why we don’t see these mysterious quantum effects in everyday life.

If scientists can control spin, many new technologies become possible. However, to control spin in most materials requires using extremely cold temperatures, less than -150°C, which is not practical for many applications. This is where diamond comes in. By adding nitrogen into diamond, you can create intentional defects within its structure that have a spin that can be controlled by simply shining green light and microwaves onto it at – incredibly – room temperature.

Scientists are now using these unique quantum properties to develop the way we take MRI images in hospitals. Using diamond, scientists hope to transfer its aligned spin to common chemicals that are in our body. These can be swallowed by a patient and increase the sensitivity of MRI machines, which measure spin, and thereby improve our ability to diagnose medical conditions.

Diamonds are also being used to make 100% secure quantum internets (where diamond acts as a node to transfer information over long distance) and to make a quantum computer. Quantum computers try to harness weird quantum effects so that they can perform certain calculations far quicker than traditional computers – it’s a diamond revolution.

Esther Lafferty looks ahead to a new year with optimism, and art that reminds us of the world’s beauty, and the ways we can address climate change.  Jericho artist Uniz Chuey’s latest

Following our Science edition, Zayna Ratty tells us all about the human brain...

Months of planning for a month of activities. We hope you enjoy the hundreds of free events that bring you a spark of the arts and technology. The Festival begins today but

In Conversation with Stephen McGann

Best known for his role as Dr Turner in Call the Midwife, we speak to Actor and science communicator Stephen McGann about the way popular BBC drama Call the Midwife has engaged millions of viewers with the changes in medical practice over the last 60 years.