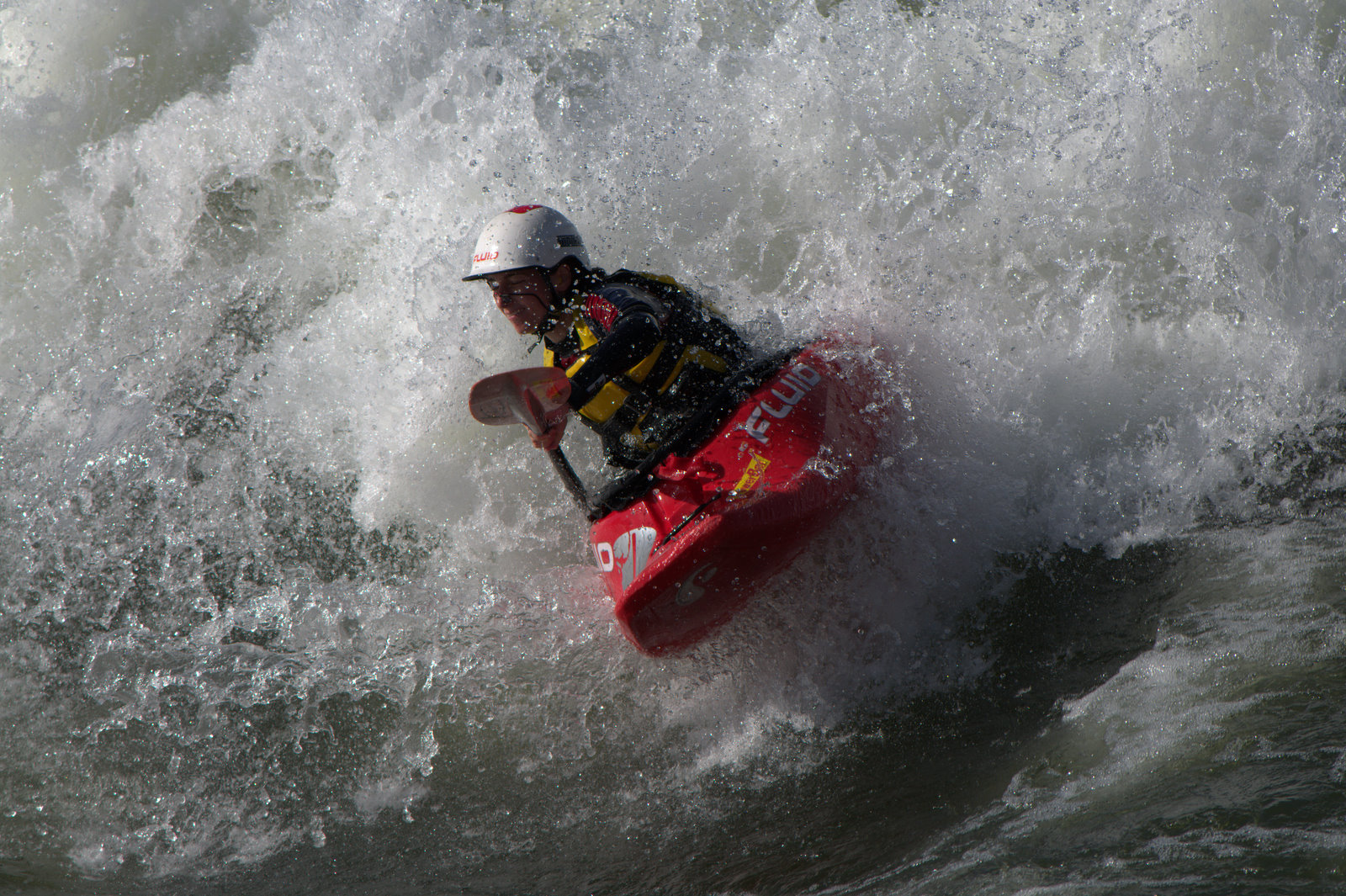 Less than 17 years ago, tourism activity on the Nile north of Jinja was limited to a peaceful and rather obscure picnic site at the Bujagali Falls – a series of impressive rapids about 10km (6 miles) downriver of the source of the Nile – visited by a handful of travellers annually. Today, the eastern bank of the Nile between Jinja and Bujagali has developed into a world-class adventure-tourism centre, serviced by four bustling backpacker facilities, and an upmarket tented camp and hotel. This is because the 50km (31-mile) stretch of the Nile north of Jinja is now a mecca for white water rafting, river surfing, kayaking, bungee jumping, jet boat riding and quad biking.

All the rapids at the Bujagali Falls are named to heighten the anticipation, for instance: Total Gunga, Silverback, Rib Cage and Surf City. Jinja would probably be a fairly nondescript town if it were not for its location. It is at the head of the Napoleon Gulf, on the northern edge of Lake Victoria, and lies on the east bank of the Victoria Nile. The town is perhaps best known for being the source of the Nile. Even as it leaves the lake, it is a surprisingly large river and it is a bit spooky to think of it wandering north for 4,000 miles until it reaches the Mediterranean Sea.

Jinja lies in south-eastern Uganda, approximately 87km (54 miles) by road, east of Kampala, the capital. An informal European settlement was founded there in 1900, when the rocky waterfall was selected as the most suitable place for the telegraph line to Kampala to cross the Nile. Before 1900, Jinja was a small fishing village that benefited from being located on the long-distance trade routes.

Jinja’s rapid emergence as a pivotal commercial centre and international transport hub was encouraged by the completion of the railway line from Mombasa, 1,400km (900 miles) away, to the Kenyan lake port of Kisumu, and the introduction of a connecting ferry service. Cotton packing, nearby sugar estates, and railway access all enabled Jinja to grow in size. By 1906, a street pattern had been laid out, and Indian traders moved in establishing a small community in 1910. The Indians were Catholic Christians and English-speaking and originated in the former Portuguese colony of Goa on the west coast of India.

The local economy was further boosted by the successful introduction of cotton as a cash crop for export, and by the construction of a railway line north to Namasagali in 1912. Further growth took place in 1928 when British-American Tobacco Uganda (BATU) established a tobacco processing factory in Jinja.

In 1954, with the opening of the Owen Falls Dam, (later renamed Nalubaale Power Station), the Ripon Falls were submerged. Most of the ‘flat rocks’ that gave the area its name disappeared under the water as well. However, the dam meant that Jinja enjoyed clean, potable water on tap and an unwavering electricity supply throughout the 1960s.

Jinja’s proximity to this reliable source of cheap electricity proved attractive to industry, and several companies, including the Manchester-based Calico Printers’ Association, with the Uganda Development Corporation (UDC), constructed a large textile mill (Nyanza Textile Industries Limited), known locally as ‘Nytil’. By 1973 the company employed about 3,000 people and exclusively used Uganda cotton to spin, weave, and dye or print, to sell via its own retail chain, Lebel, throughout Uganda and Kenya.

As Jinja grew, new roads were constructed, serving the many who lived outside the town. Each morning in the 1960s there would be a line of two-wheel traffic heading for the sokoni (marketplace) with cargoes of bananas or sacks of charcoal. During this period, Jinja, like other towns in Uganda, was subtly segregated. The white population was quite small and tended to live in mixed European/Asian (East Indian) neighbourhoods separated from African neighbourhoods. The majority of the European/Asian areas were generally by the lakeside with houses affording large gardens. Although Europeans and Asians lived here in close proximity, the facilities of the nearby Jinja Club –golf, tennis, squash, a swimming pool, the Sailing Club, Nile Rugby Club and Nile Football Club – were mainly enjoyed by Europeans.

Jinja suffered badly during the Amin years and subsequent periods of economic and political turmoil, but a more recent economic upswing has been mirrored by the emergence of the river corridor as a major tourism centre in the region, with the emphasis strongly on adrenaline-orientated activities.

The Bujagali Falls, which lies downstream of the source of the Nile, is the launching point for a commercial white water rafting route that ranks as one of the most thrilling and safest in the world, passing through three heart-stopping grade five rapids in one day. There are several companies offering a variety of itineraries without compromise. Foremost among them is Adrift, who enjoy an unparalleled worldwide reputation for safety and excellence. They are Uganda’s premier adventure company offering white water rafting, bungee jumping, jet boating, kayaking and river surfing. With over 28 years of adventure experience, they have enjoyed the custom of Prince William, Mika Häkkinen, Geri Horner, Ewan McGregor and Charley Boorman. 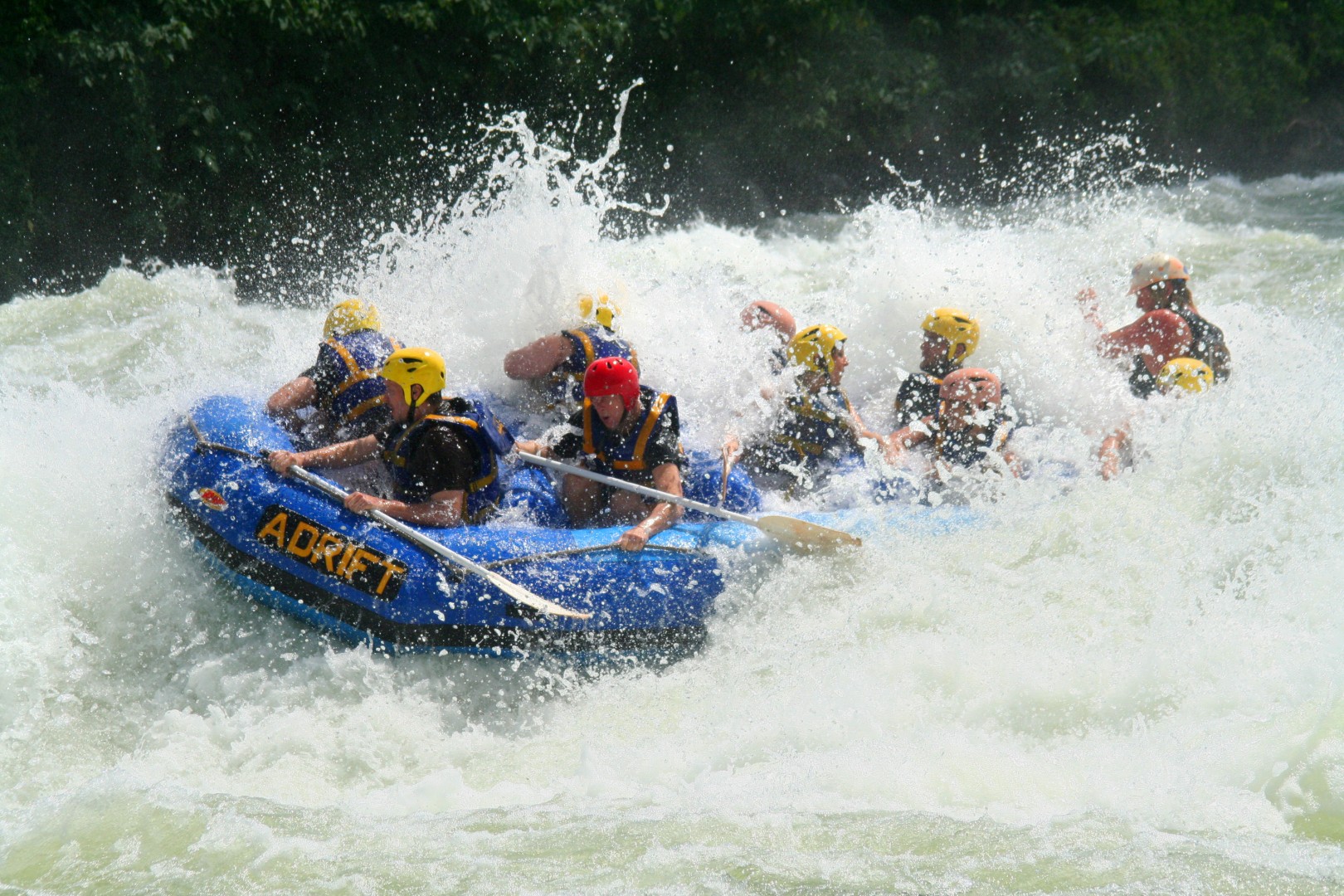 A typical itinerary would include a transfer from your hotel at Jinja where the mighty Nile begins its journey to the Mediterranean Sea. After a full safety demonstration, you will then enjoy a half-day of white water rafting. With lots of good rapids, including the mighty Itanda (the bad place) and a beautiful river with spectacular flora and fauna, there are some very exciting sections with space between to lay back and float along taking in the scenery and enjoying the wildlife, particularly the many species of birds to be found here.

Two kilometres upstream beside the Jinja Nile Resort is the Nile High Camp which has a 44-metre bungee jump. Here, intrepid jumpers leap from a 12-metre cantilevered steel structure on top of a towering cliff above the Nile. If you want an extra adrenaline rush, there is the option of being dipped into the river on a longer bungee. Often performing at this site is the Ugandan Acrobatic, Jeremiah Bazale.

The latest feather in Adrift’s sweaty, adrenaline-soaked cap is Uganda’s first jet boat, Wild Nile Jet, a 12-seater beast powered by a 450-horsepower Chevrolet engine and capable of speeds of over 90kph (60mph). The 30-minute assault on the river won’t reduce your carbon footprint, but it is an amazing white knuckle ride, racing up and down minor rapids, throwing 360 ̊spins and playing chicken with riverine rocks, while kayaking, river surfing and quad biking trips are available for those seeking solitude in a magical setting. 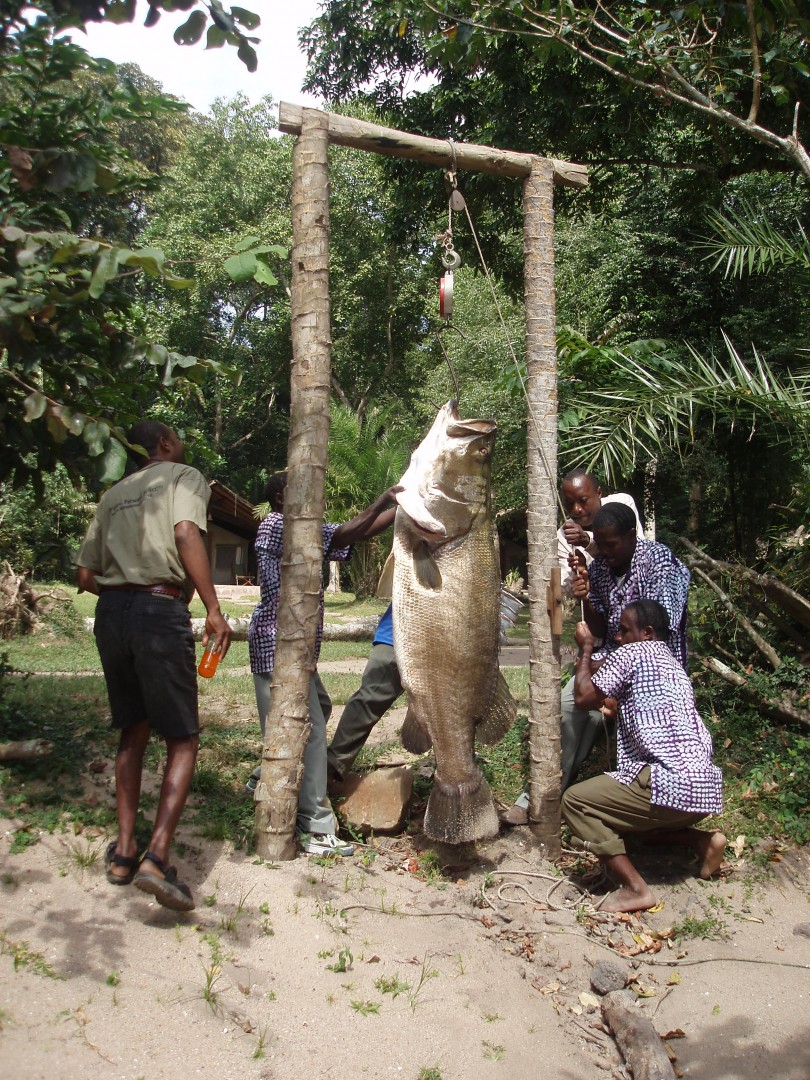 Fishing for Nile perch and tilapia attracts many anglers to the Bujagali Falls. The fast-flowing waters above and below the falls are probably the best places from which to cast off. The king of the freshwater fish is without doubt the massive Nile perch, while the much smaller, rather bony tilapia can be found on the menus of many of Kampala’s finest restaurants.

The actual ‘source of the Nile’ is marked by a popular but uninspiring plaque, all finished in garish yellow thanks to the official sponsorship of Uganda Breweries’ Bell Lager.

But if you are seeking to explore the natural wonders of the area, the nearby Mabira Forest Reserve, which straddles the Kampala-Jinja road about 20km (12 miles) west of Jinja, is one of the largest forest areas in Central Uganda. This popular nature park hosts grasslands, forested valleys and an astonishing variety of bird and monkey species.

Travelling to Jinja by air is easiest through Entebbe International Airport, 40km (24 miles) south of Kampala or through the Kenyan capital Nairobi, which is the main air travel hub of East Africa and offers frequent bus connections to Jinja.

A visit to this enchanting town on the shores of Africa’s largest lake will not disappoint you. It is the human psyche that demands we discover and explore. If you’re seeking an adrenaline rush amidst some of the most spectacular scenery in Uganda, you’ll be well rewarded for charting a course to Jinja.