Summer Events at The Alice

John Retallack’s Oxford Playwriting Course is now in its fifth year, but its roots run much deeper. It grew out of his Writing for Performance module at Oxford University’s Ruskin College from 2013- 17, but in truth, it has been nurtured by John’s lifetime of theatrical experience as an Olivier award-winning theatre director and playwright. With such “rich earth”, it’s hardly surprising the Oxford Playwriting Course now attracts students from all over the British Isles.

When I enrolled, I imagined most of the people in my group would be Oxford-based, but instead, to my delight, I found myself in the company of writers from Scotland, Ireland, Pakistan, Liverpool and Bath. John certainly retains a director’s gift for stimulating casting.

Tuition is in small groups – never more than six writers – and takes the form of in-person meetings, after a Covid-induced period on Zoom (though Zoom continues to offer a useful lifeline for those unable to make every session). Tutorials take place at Vincent’s Club, a ‘holy- of-holies’ for Oxford University’s sporting greats that occupies the upper floors of an iconic building on the High Street. 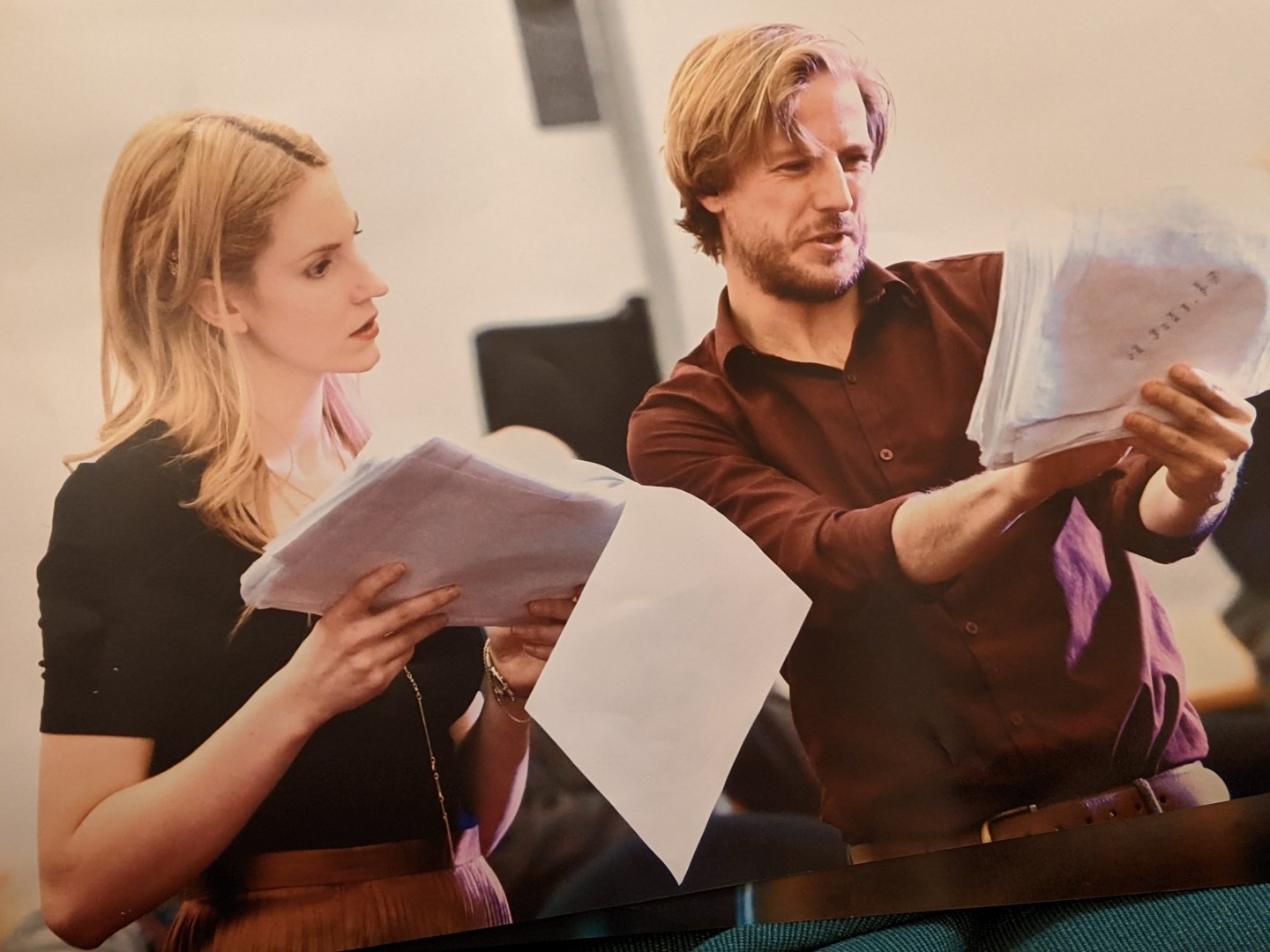 Each week, we are given a play to read, and a prompt for writing that’s connected to it. We begin with monologues - for a character facing a moment of crisis, for example, or in which it has to be clear that the character’s view of their own personal situation is a fantasy. For someone like me, who’s never written before, John’s advice is spot on. He encourages you to spend time thinking about your character - who they are and what their situation might be - then

set aside an hour, or ninety minutes at most, and write in one go. “Don’t revise too much, don’t worry about perfection”, John urges, simultaneously focusing and liberating the mind, and helping you to produce writing with the spontaneity of real speech.

The plays John selects for us to read are also perfectly curated. We start with the crafted precision of a “well-made play” before diving into an obscure French “mosaic” play whose apparently disconnected scenes challenge and thrill in equal measure. Most of the plays are modern, but whether they’re recent or brand new, we’re reminded that all plays are, in Dominic Dromgoole’s potent phrase, “full of the dust of the moment”. Each play opens us to a new set of possibilities, a different approach to the eternal search for a form to match the content. Most weeks, you come away full of ideas, and before you know it, you’re adding a second character, writing bits of dialogue. And January – the deadline for your first, half-hour play – is just around the corner.

Perhaps I’m making it all sound too easy, making it seem as though progress is automatic, assured. It isn’t, and there are certainly bumps in the road. When the break for Christmas comes, I find some in the group know exactly what they want to write about, but I can’t decide. I twist and turn, before eventually opting for a state-of-the-nation piece in “mosaic” form. I sit at the kitchen table, building up the piece, day by day, line by line until, to my surprise and delight, I have something...five thousand words of something, to be precise.

Now, the sessions acquire a more urgent rhythm. A performance workshop looms, which means our writing has practical consequences. Professional actors will be cast to read our scripts, so we must be sure which scenes we want to include, which ones will need to be ditched or re-worked, whether this actor can also play that character, and so on. 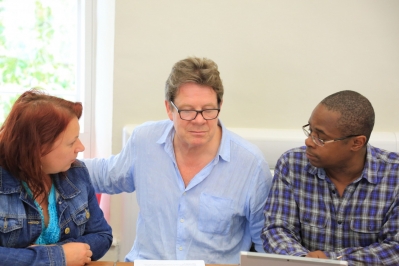 We arrive at Vincent’s at 11am one Saturday in late January. Somehow, we’ve all dressed for the occasion, though quite what playwrights should wear is far from clear. A buzz of welcomes and introductions, fuelled by nervous coffees, pervades the room before a charged stillness descends as the first play reading begins. It is an electric moment that lasts until the final word of each play has been spoken. Then comes the applause, and the crowning glory: the clear-eyed, sharp-eared feedback from the professionals whose volleys of questions alternate with warm, generous compliments. It is a thrilling experience that continues down the stairs and into the bar, and keeps going over an excellent meal at a nearby restaurant, at the end of which all the writers float away, enabled, inspired and deeply encouraged.

In the remaining months of the year-long course, my group bonds ever more tightly, buoyed by each other’s courageous responses to the shared challenge of writing. We work on our first full-length plays, and become experts in each other’s stories, interests and stylistic peccadilloes. We share another performance workshop with the actors, a group trip to the National and a brilliant talk by the screenwriter Simon Beaufoy.

By June, and the end of the course, we have all learned so much - about ourselves, about each other, and what Ayckbourn called, “the crafty art of playmaking”, so that even when John reminds us of the words of another writer from another time - “the lyf so short, the craft so long to lerne” - we know that, as graduates of John’s Foundation course, we’ll all have the tools we need to practise that long craft with more confidence, whether on our own, or on John’s Intermediate and Advanced Oxford Playwriting Courses. I will certainly be re-applying.

Oxford Playwriting offers three courses for aspiring professional playwrights. No formal qualifications are required. The year-long courses are open to anyone over the age of 18 and there are three levels: Foundation, Intermediate and Advanced.

For information or to book in for a free Taster Day, visit oxfordplaywriting.co.uk